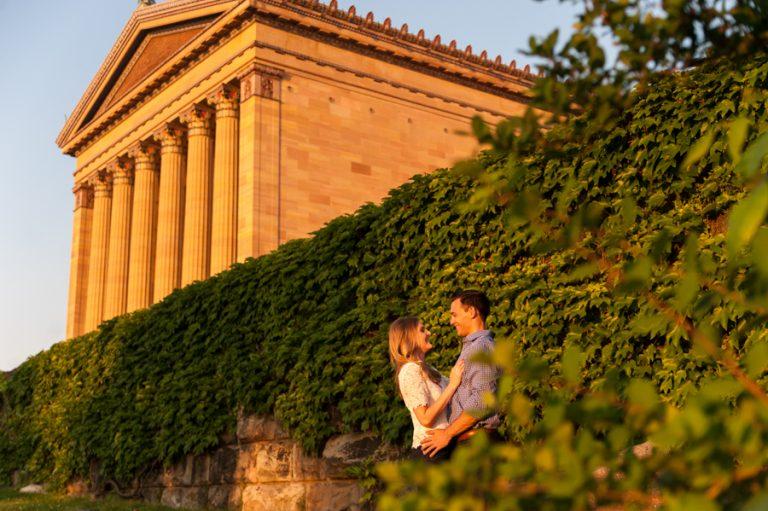 Noreen Turner flawlessly captured the beautiful love brimming between Betsy and Dylan, as they celebrate their engagement!  This illuminated session walks through the Philadelphia Museum of Art, and Longwood Gardens, presenting a pretty array of natural Philadelphia schemed photographs.  These sun-kissed visuals perfectly portray the luminous vibes from this session that utterly reflects the pure joy and romance shining within this beautiful couple! 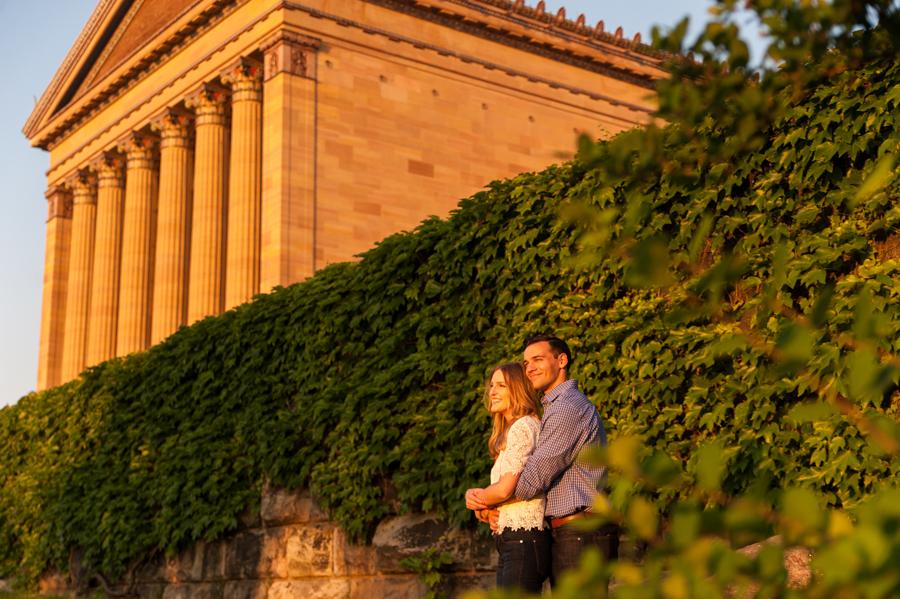 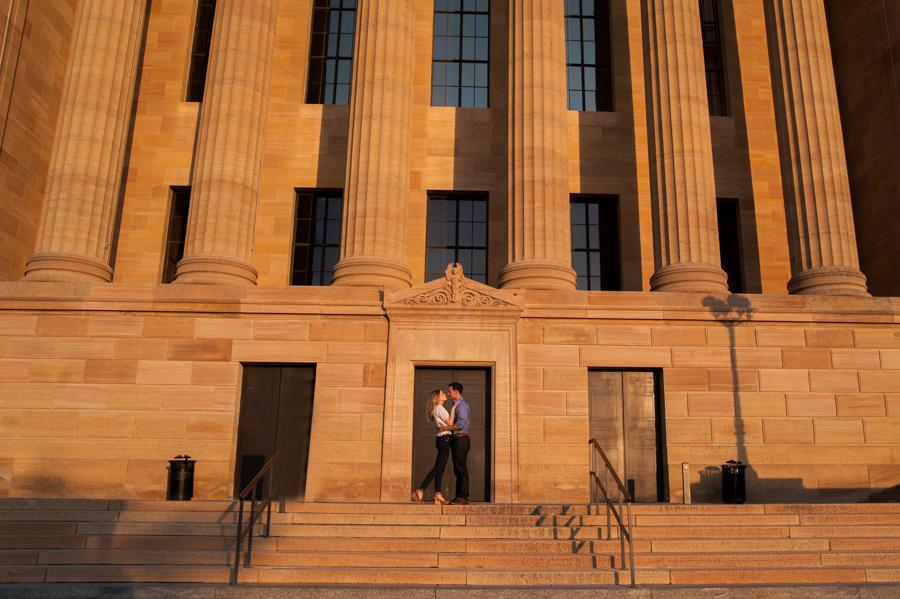 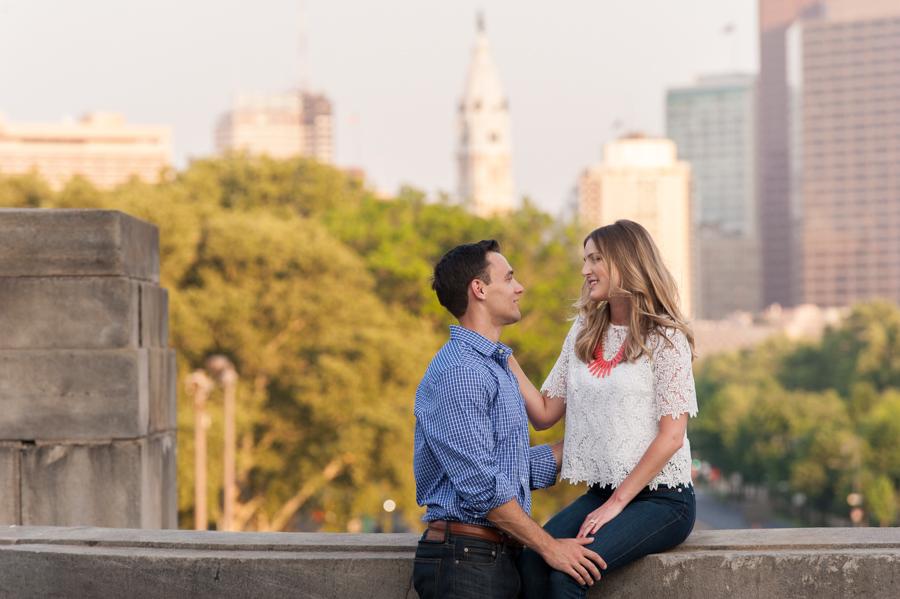 From the Bride-to-be: “Dylan and I both grew up in Louisville, KY but didn’t meet until our senior year in college. We were attending different universities, but met through mutual friends at a birthday party at the University of Kentucky. From that point on we would continue to see each other and catch up on holidays and trips home, but we didn’t begin dating until I had moved back to Louisville after graduation. That summer we were inseparable and within a year we had planned a multi-national European vacation and had committed to a move to Philadelphia where Dylan would attend Temple Law School.” 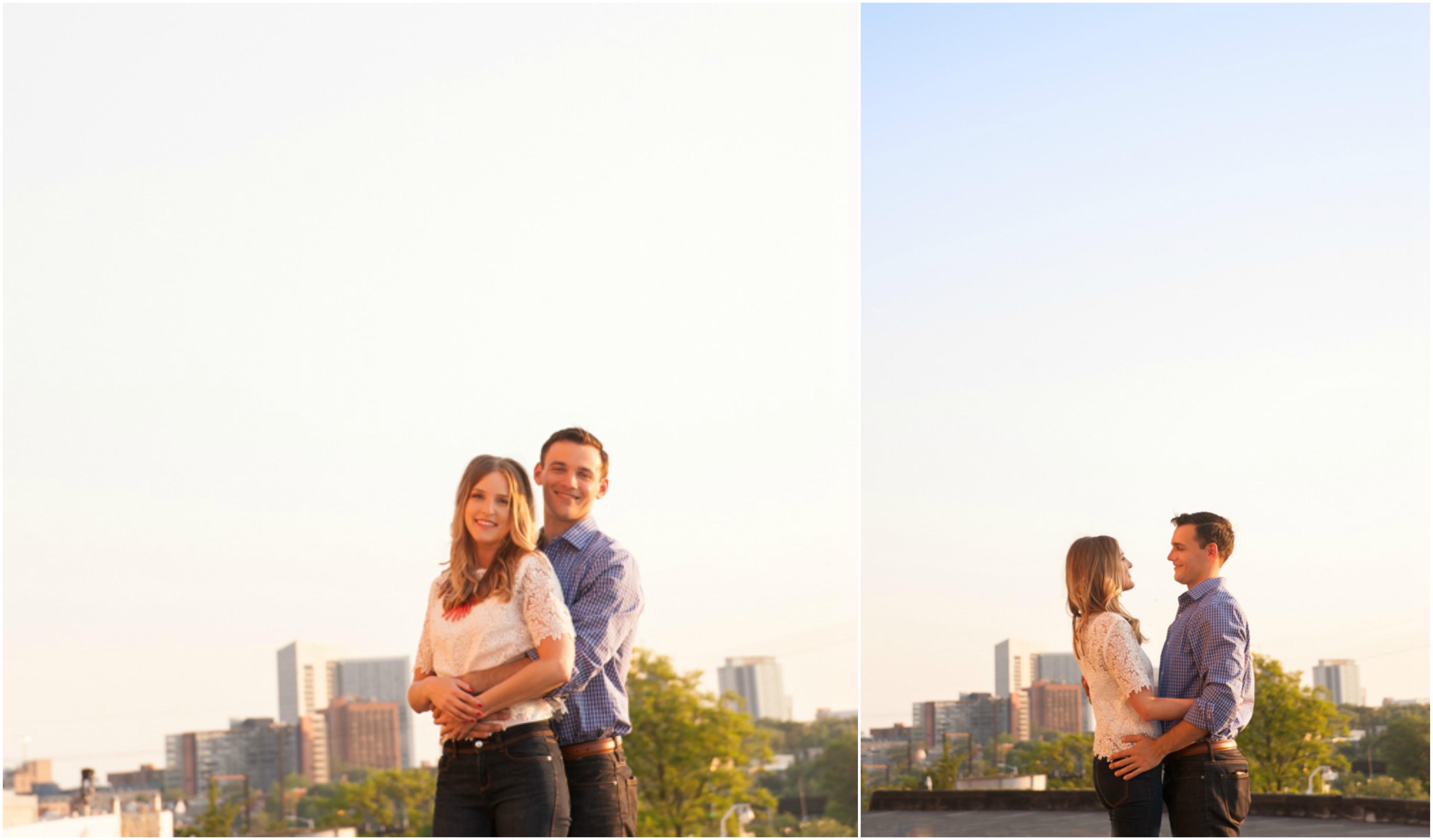 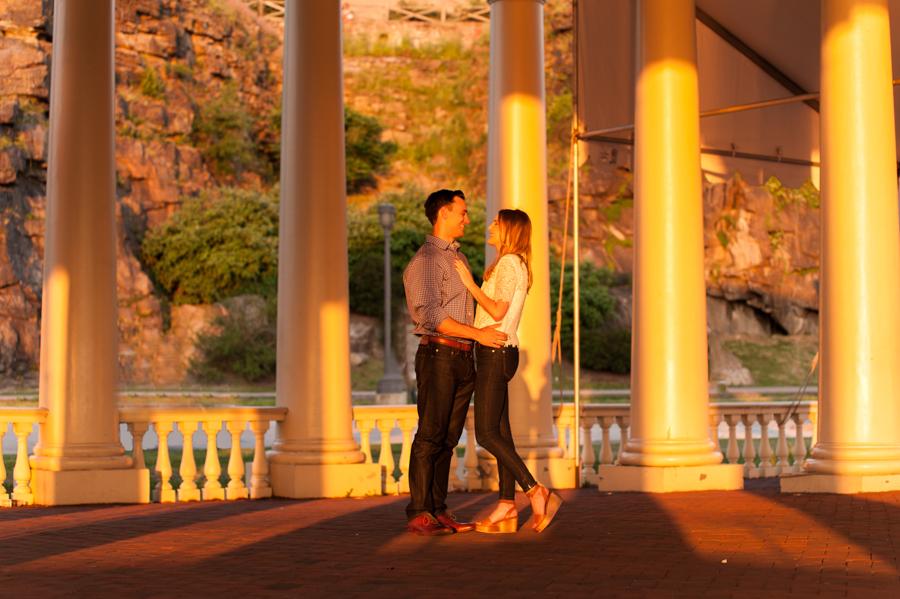 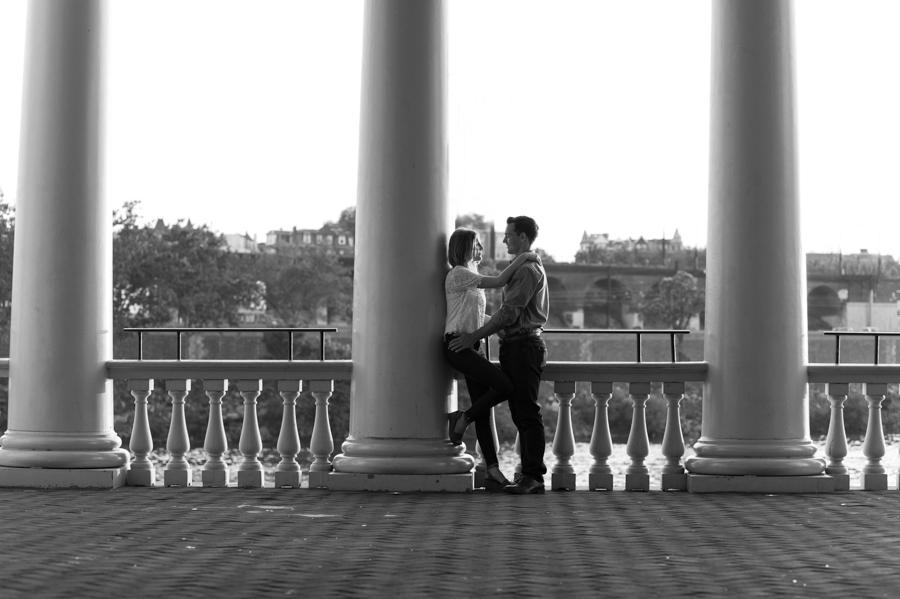 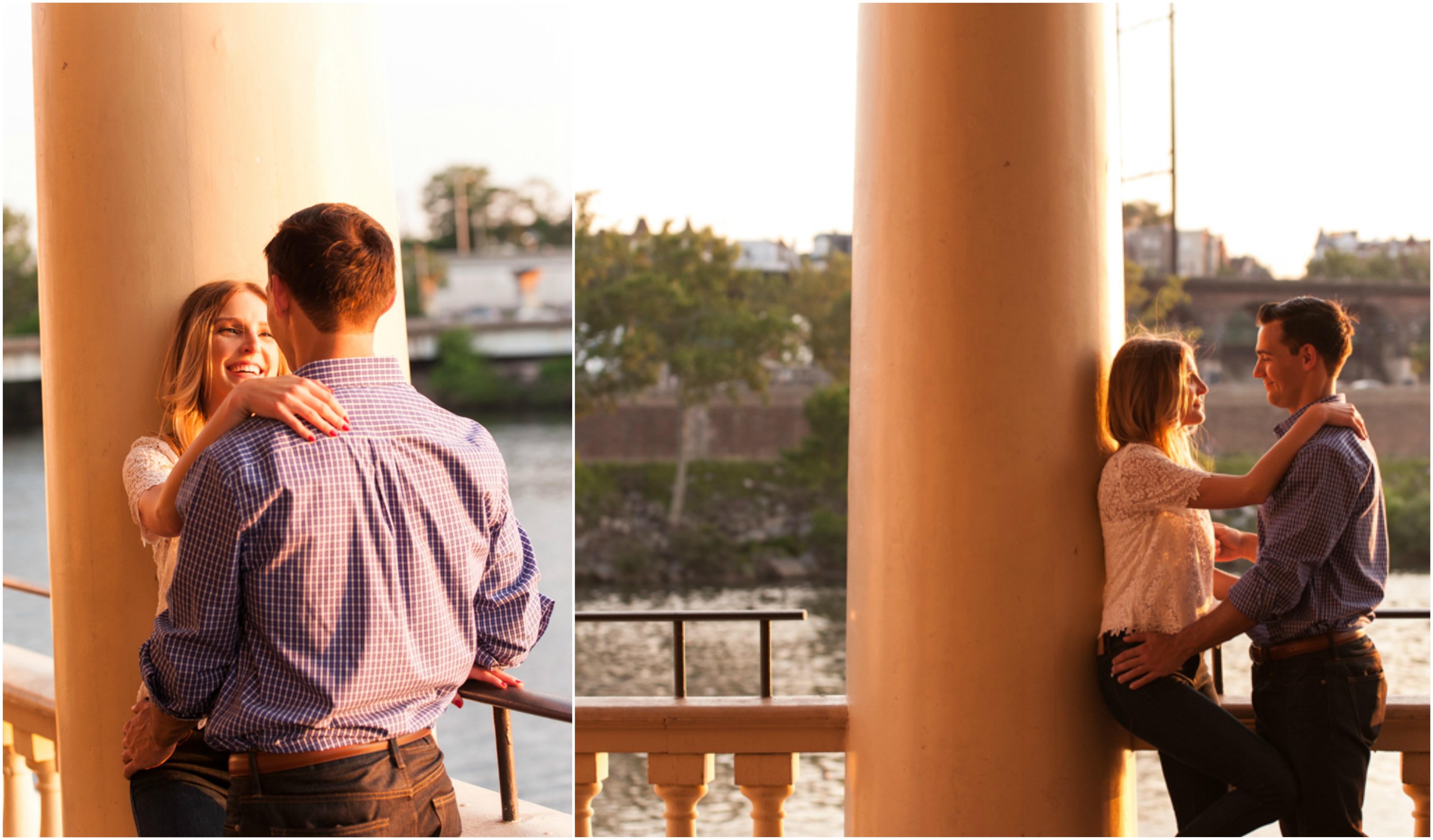 “Dylan is the most genuine person I know. He is not concerned with fitting in or standing out in a room full of people, he is comfortable as himself. He is a source of stability and security for me and whether I am right or wrong, I know he is always on my side.” 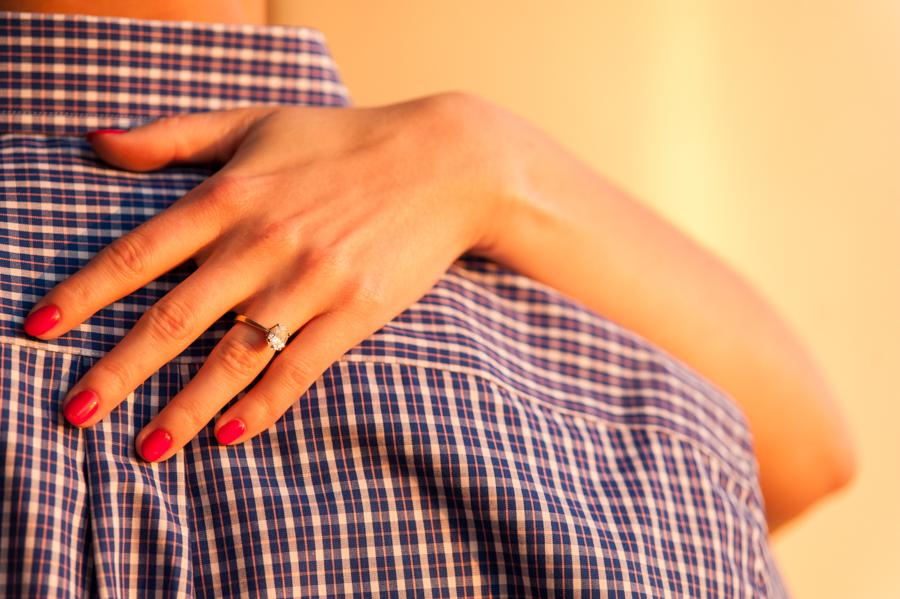 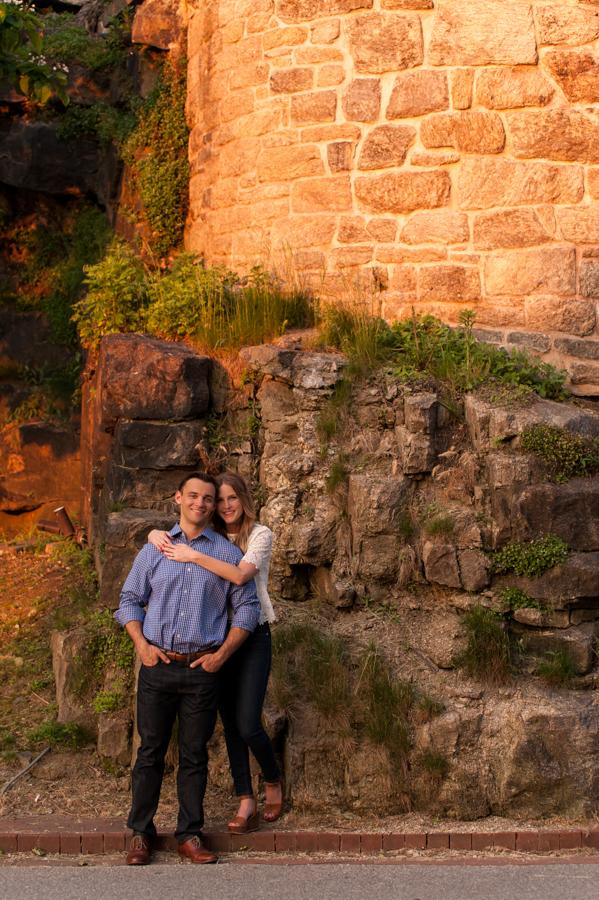 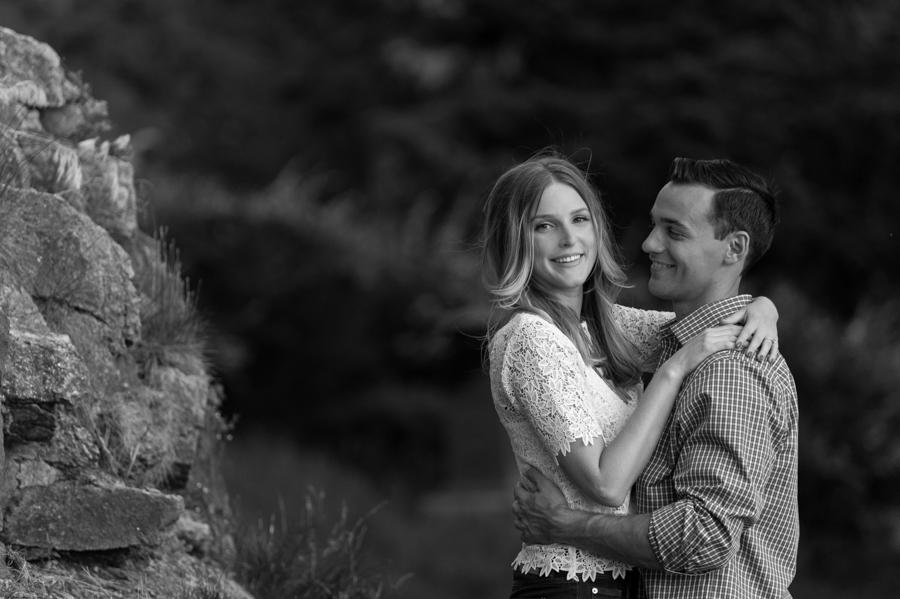 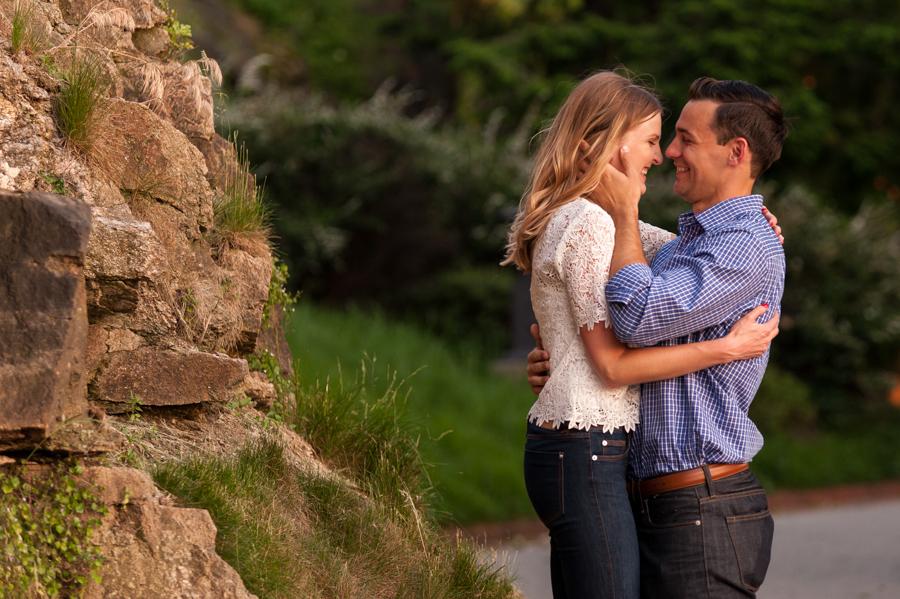 “As Dylan was finishing up law school in the spring of 2016, we were facing a lot of decisions about what our next steps would be. Ultimately, Dylan decided to pursue an advanced degree in tax law and on April 14, 2016, he officially committed to Northwestern in Chicago, IL. I was thrilled to finally know where we are going to live, and we decided to celebrate with dinner at Amada in Old City, followed by drinks with friends. We had an incredible meal, drinking wine and reminiscing on how much fun we have had in Philly and how far our relationship has come. Our friends were texting us that they were already at the bar so we headed out to join them. As we passed through Independence Hall, Dylan stopped, dropped to one knee and proposed. We finished the night with calls and FaceTime with our closest friends and family – near and far – and my favorite Salted Caramel Budino from Barbuzzo!” 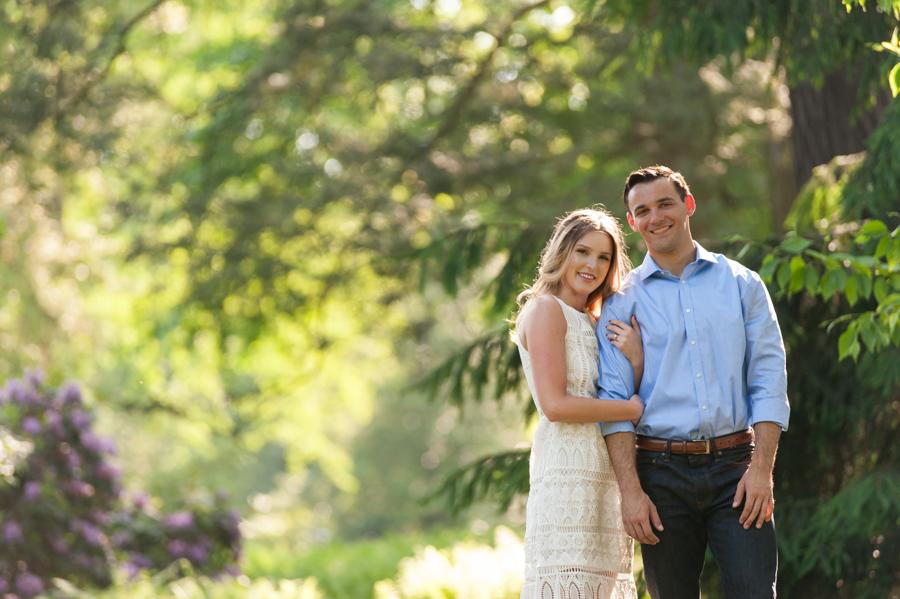 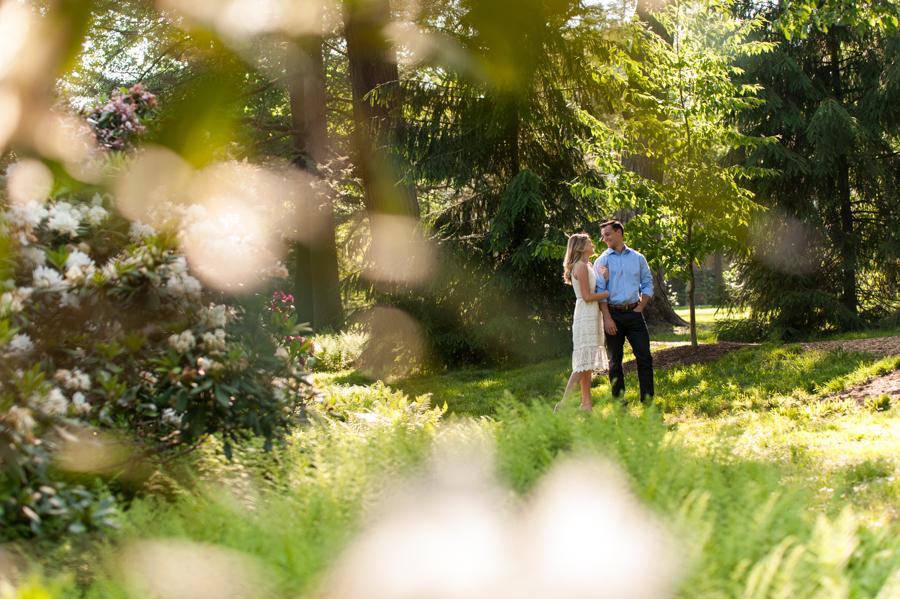 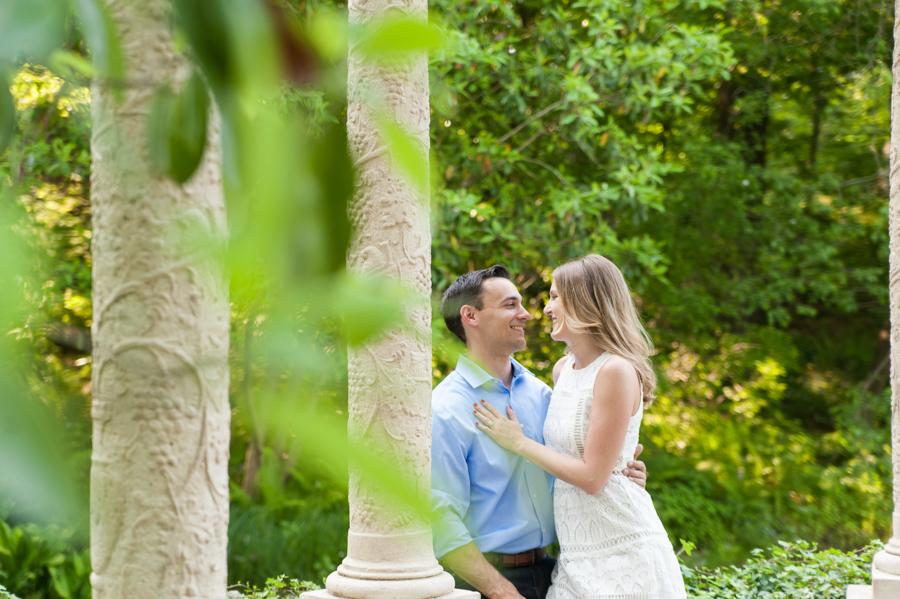 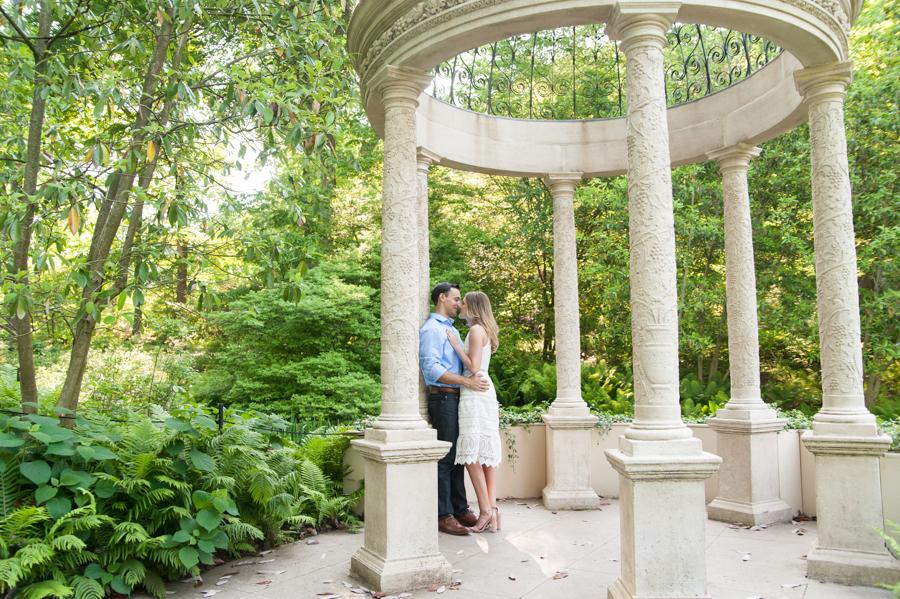 “As soon as we were engaged, I knew that I wanted to have photos taken right away while we are still in Philadelphia. The city has meant so much to us and I truly treasure the time we have spent here – I wanted the photographs to be a reflection of that. The Art Museum was an easy choice – it is iconic Philly, the skyline and architecture are incredible.  As I was researching Philadelphia engagement shoot locations, I kept coming across Longwood Gardens and knew I had to go! I am hoping for a romantic, flower-filled garden wedding. Longwood Gardens fits the theme perfectly and the photos are perfect for our save-the-dates.” 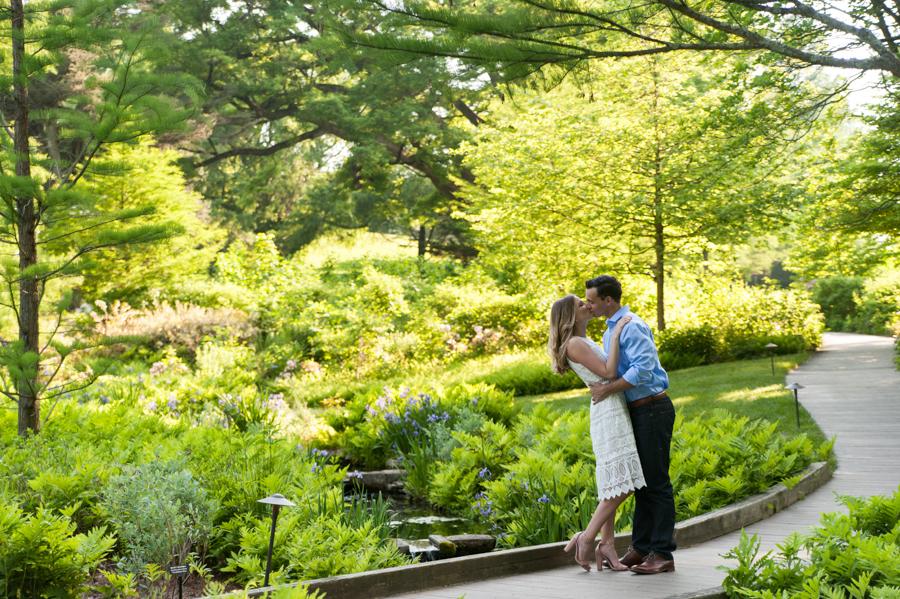 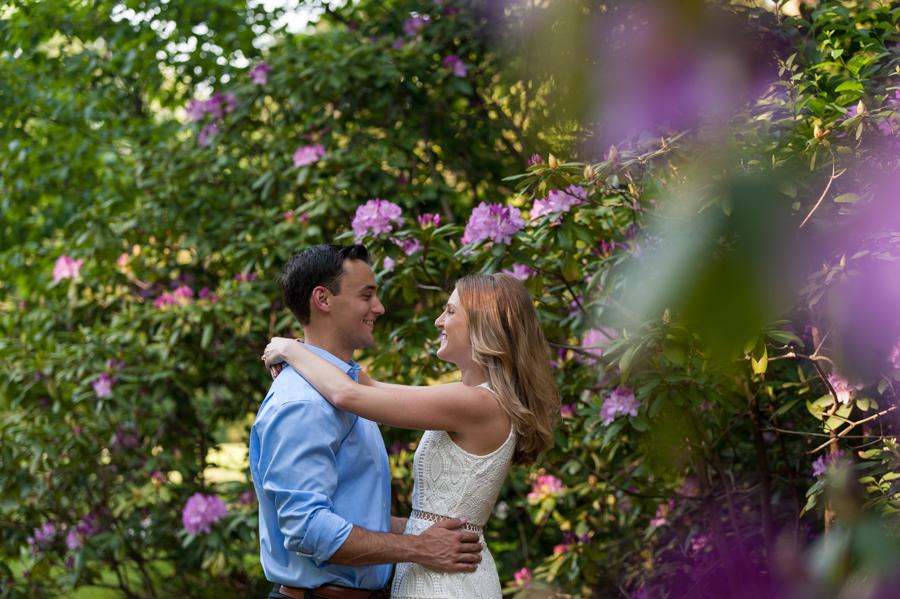 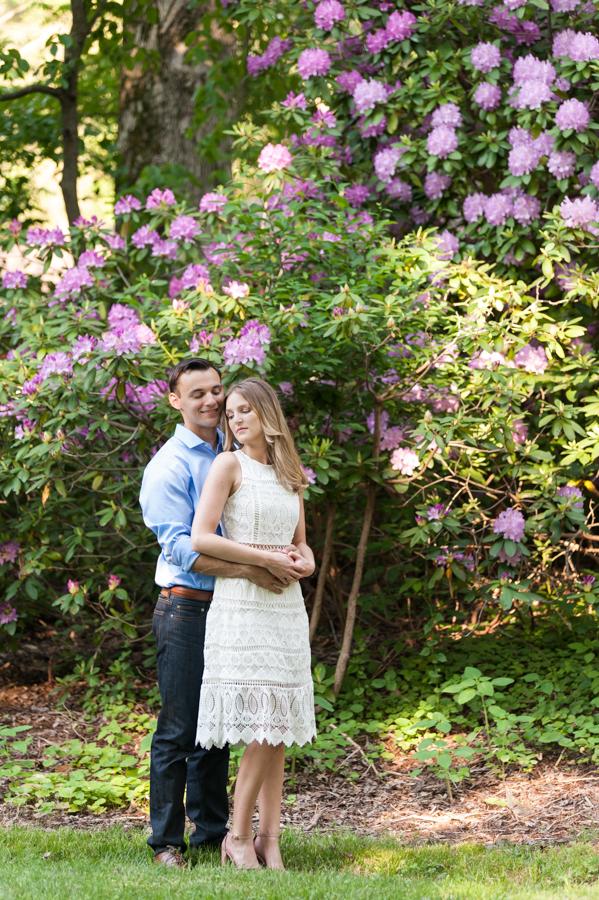 “Wedding planning has taken a slow start for us but we have plenty of time. We have officially set a date of 8/5/17!” 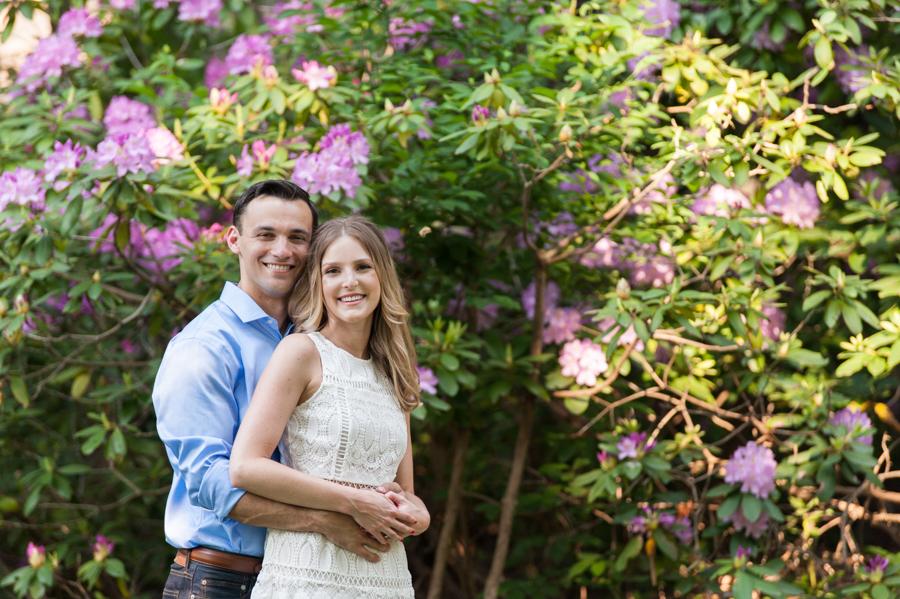 From the Photographer: “Betsy and Dylan met through mutual friends in their hometown of Louisvile, Kentucky.  They moved to Philadelphia three years ago when Dylan started law school at Temple.  Dylan just graduated and proposed to Betsy in front of Independence Hall.  Betsy and Dylan’s relationship really grew here in Philadelphia. They love to start their days with early morning walks for coffee and bagels along with their puppies.  Then spending the afternoon wandering through the city, maybe stopping in a museum or a few shops, followed by a nice dinner, and drinks, and movie at home. It was so hot outside during their engagement session but they were such troopers and we had a great time together.  You would never be able to tell how bad it was outside with how well they composed themselves in their photos!”