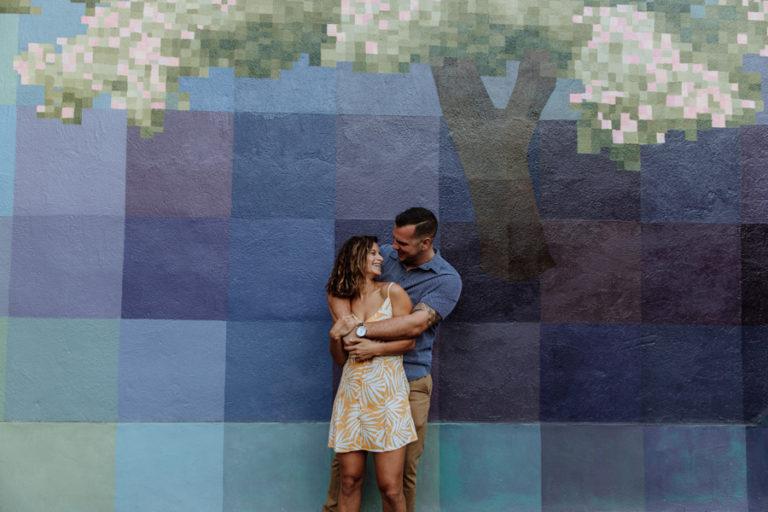 There is only one happiness in this life, to love and be loved. – George Sand

Chelsea and Austin surely know how to have a good time, so they channeled that excitement for their super fun engagement session.  Starting the day in Center City, this couple adventured through the city for photos with mural backdrops and the quaint little streets that have so much liveliness.  They ended the day at Forbidden Drive for some intimate nature pictures completing the session by popping a few bottles of champagne.  Hand and Arrow Photography captured their wildly romantic day, and we just can’t get enough of this charming duo!

From the Photographer, Hand and Arrow Photography: “Chelsea and Austin’s engagement session took place the beginning of July in center city Philly and Forbidden Drive (Wissahickon Valley Park). The focus of their session was to be fun and playful, which suited the two of them to a T! She is going to Veterinary School in Philly, and he just graduated from the Academy and is now on the Police force in Baltimore. So in between her schooling and work, they hop back and forth to see each other all while planning their wedding for June 2019. So when they had the perfect day align that they would be together, we met them in Philly bright and early on a beautiful Sunday. We mural hopped around Center City and found the cutest historic alleyways. Then headed over to Forbidden Drive to escape the heat starting to rise and dipped our feet in the Wissahickon Creek, ending their session with an epic Champagne spray-off war! We love that they came to us knowing they wanted their engagement session to show their playful and fun-loving relationship with each other, which created such a natural feel throughout, and we had a blast capturing them so candidly with each other!” 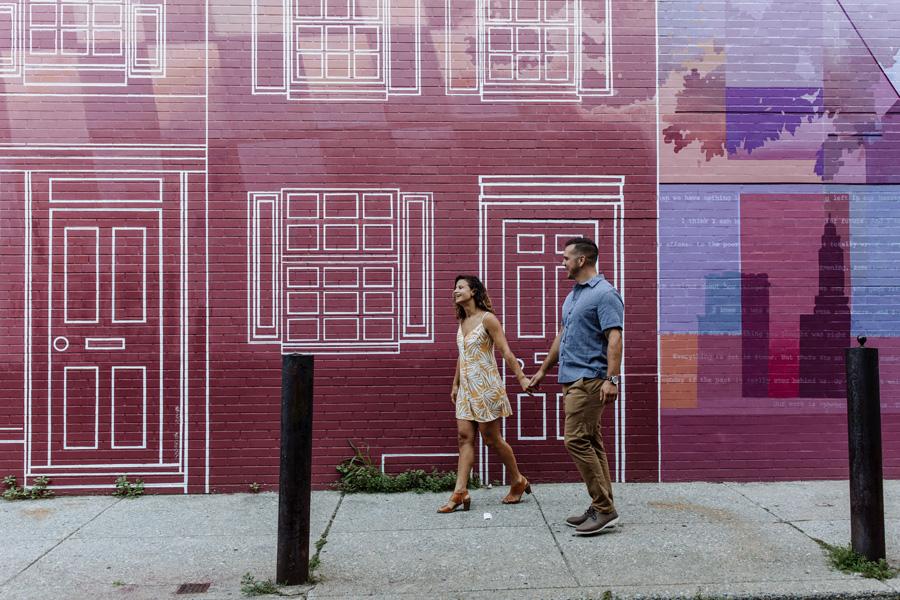 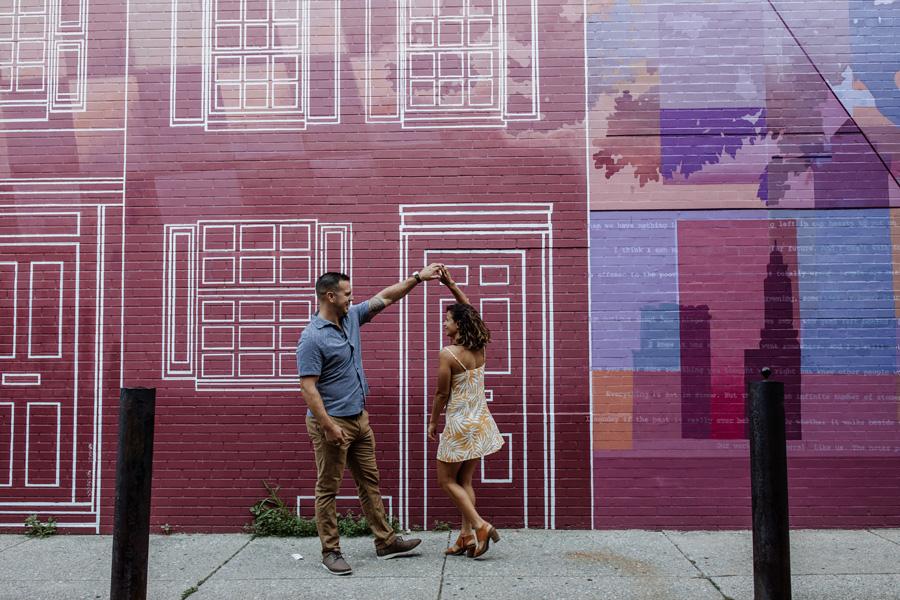 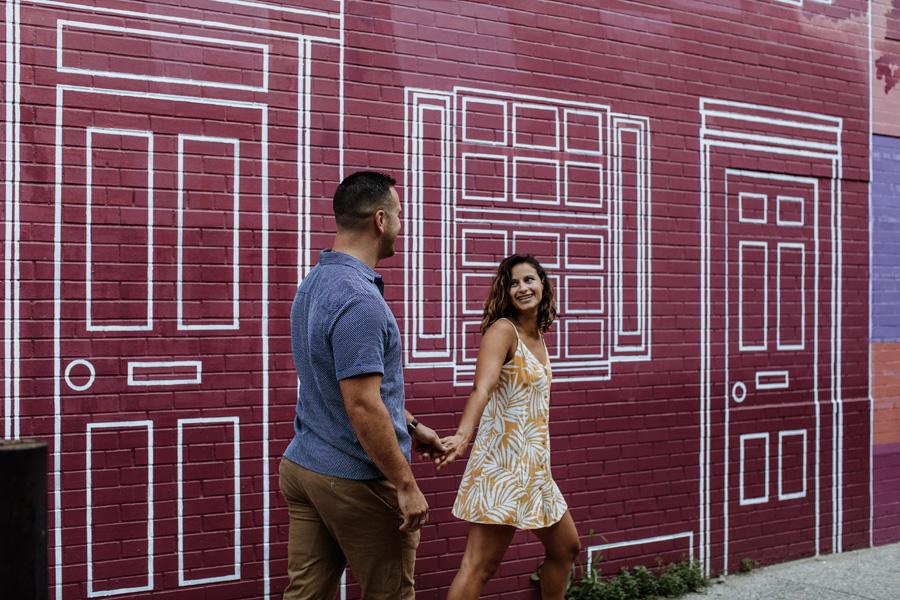 “We met in the seventh grade. We were each other’s first boyfriend and girlfriend if you can really have those in seventh grade!” 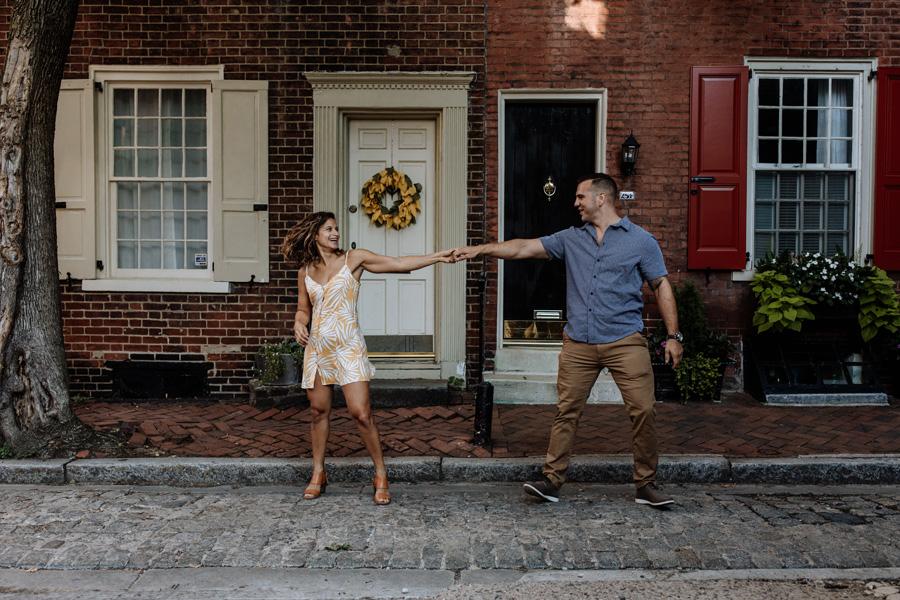 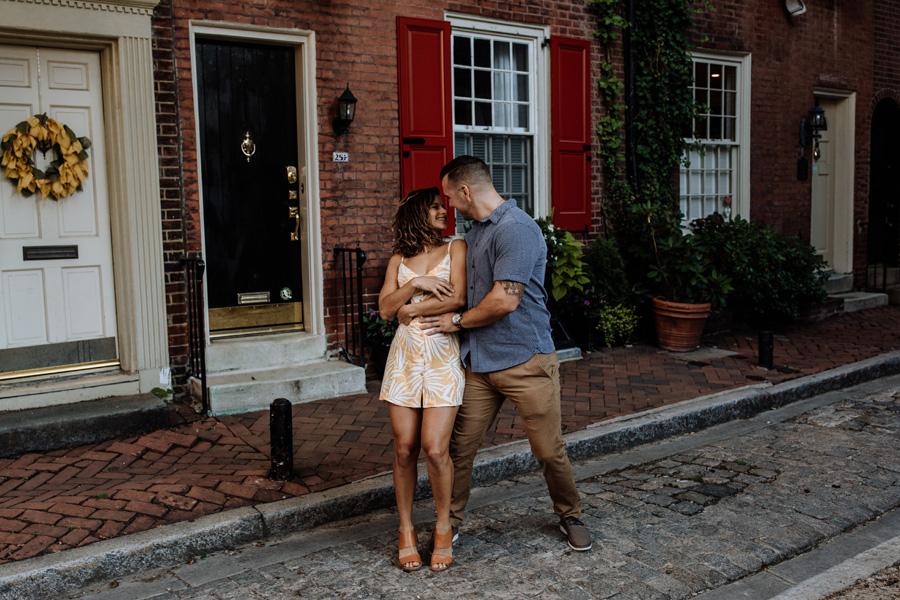 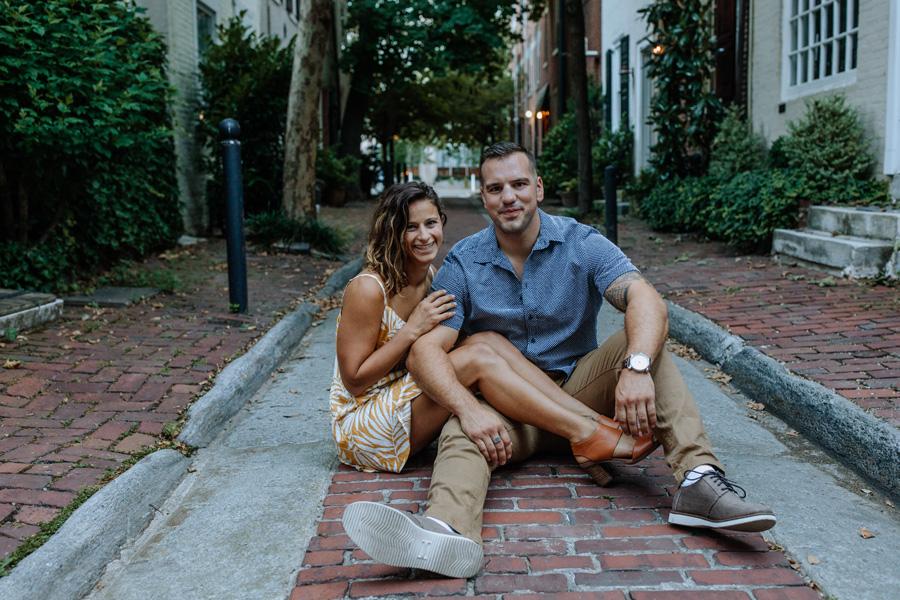 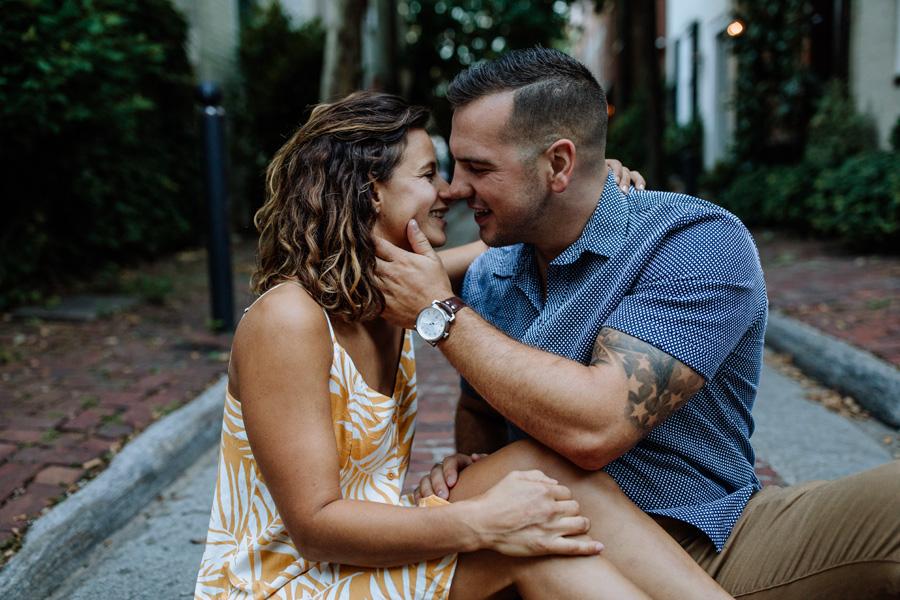 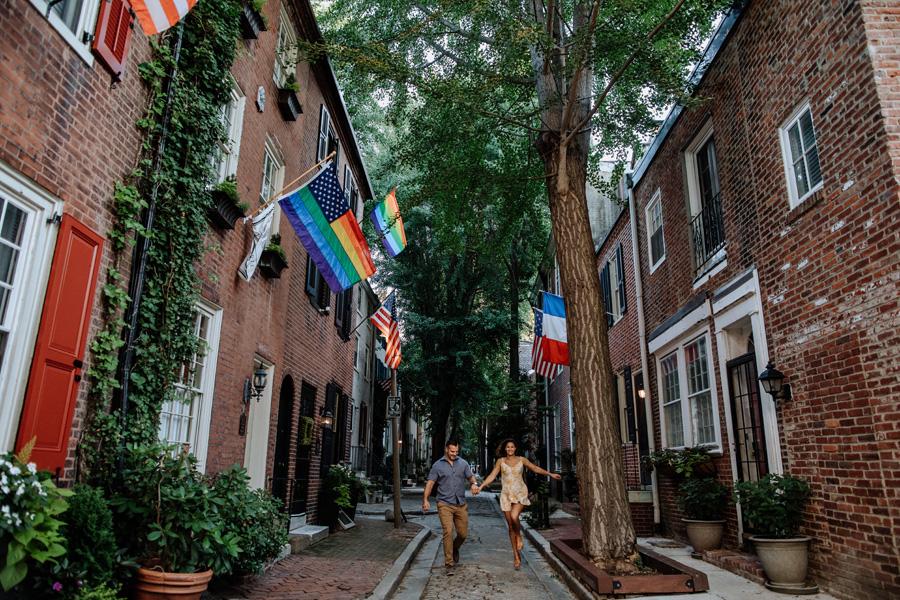 “We love how much fun we have with each other. We are always getting into adventures even if it’s just the two of us.” 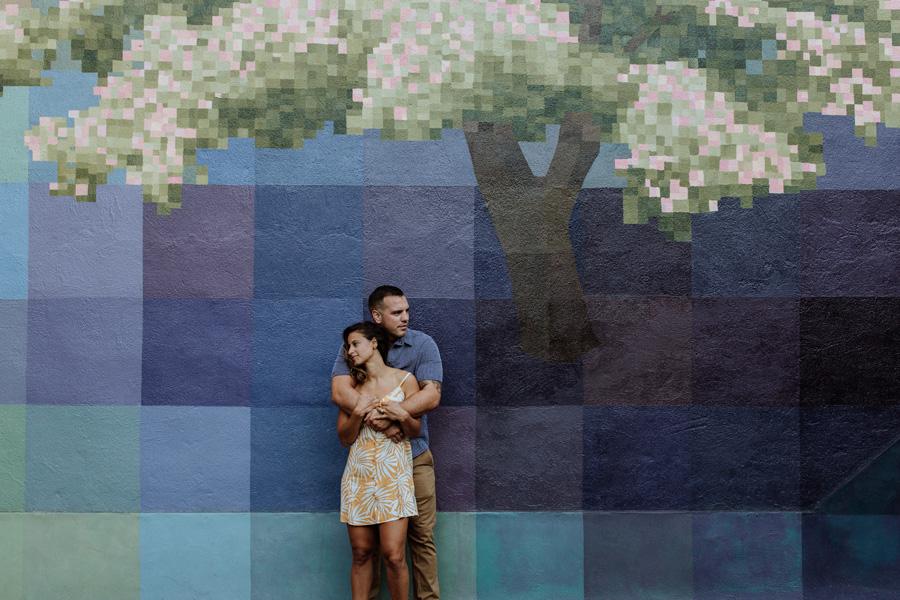 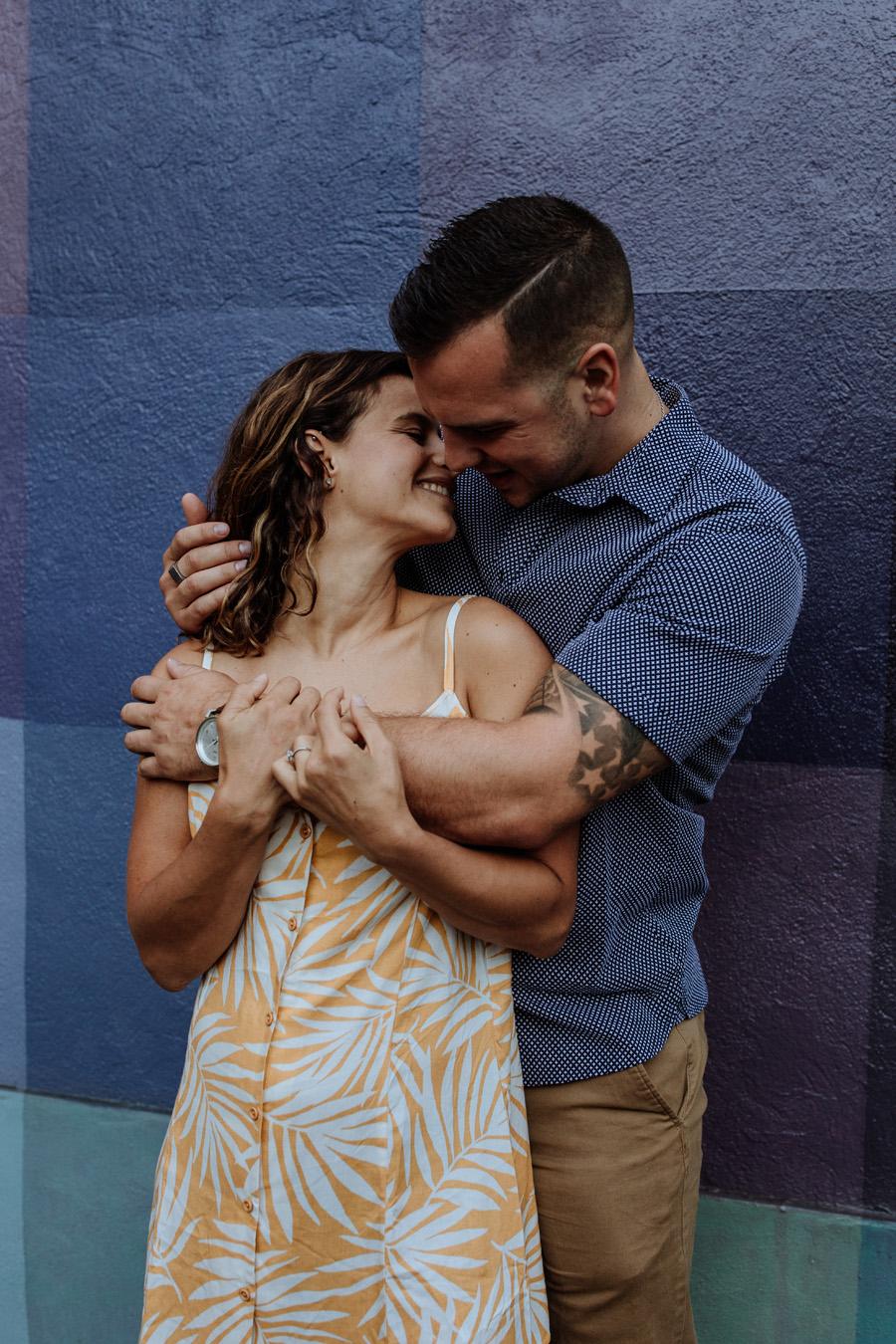 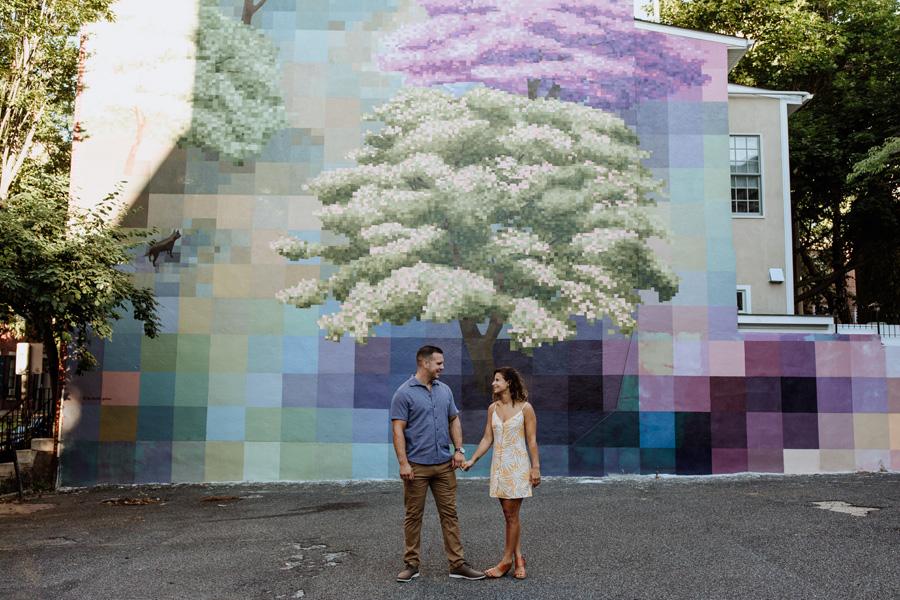 “We were backpacking in Banff, Canada. We had trekked to the top of an amazing ridge summit, and he asked: “this view is amazing, probably the best we’ll have right?” And although I agreed it probably was, I thought was an odd question and next thing I knew he was asking me to marry him! It was a perfect spot being alone on the top of such a huge ridge with such an expansive view. Even though we’d been hiking for four hours, it made the next six hours of hiking feel like nothing!” 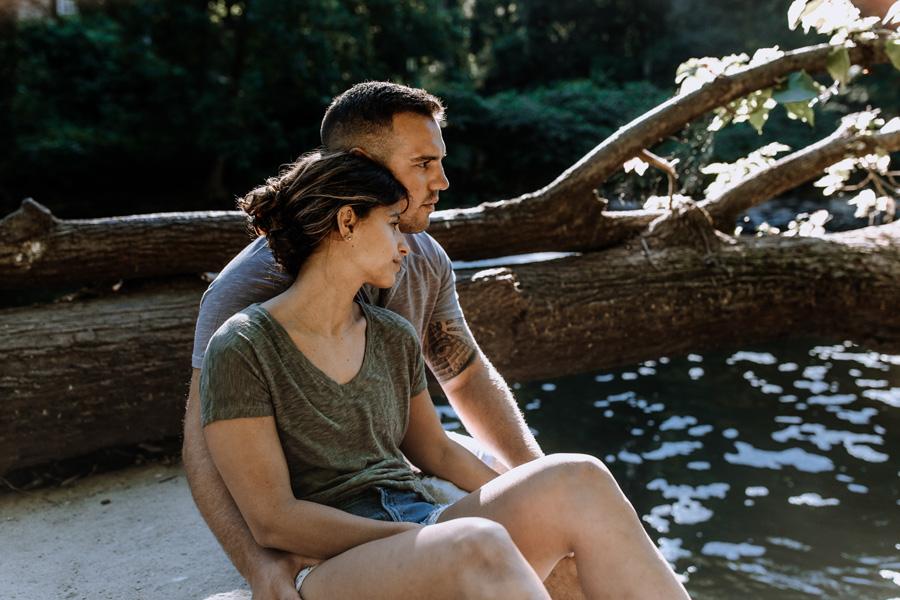 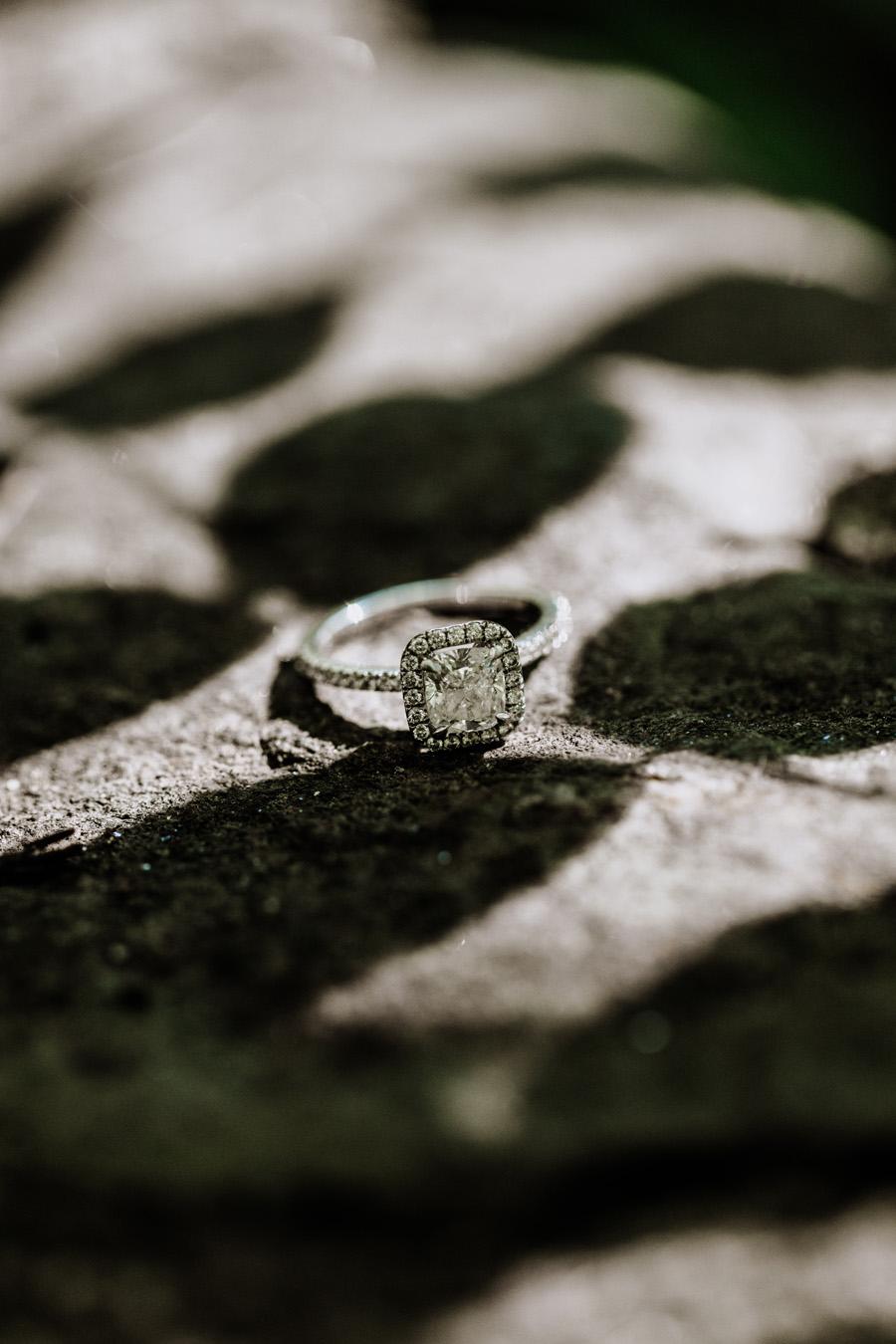 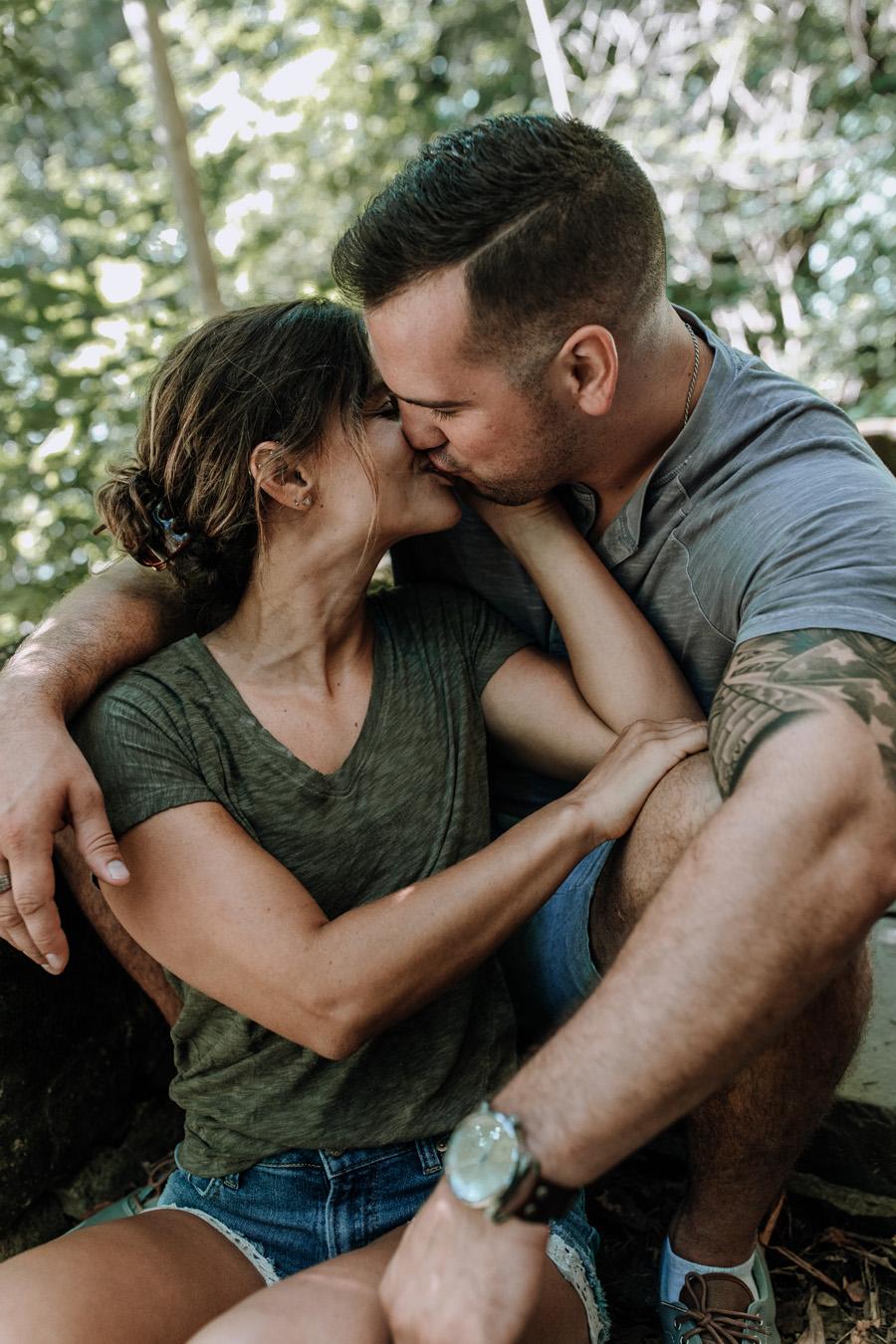 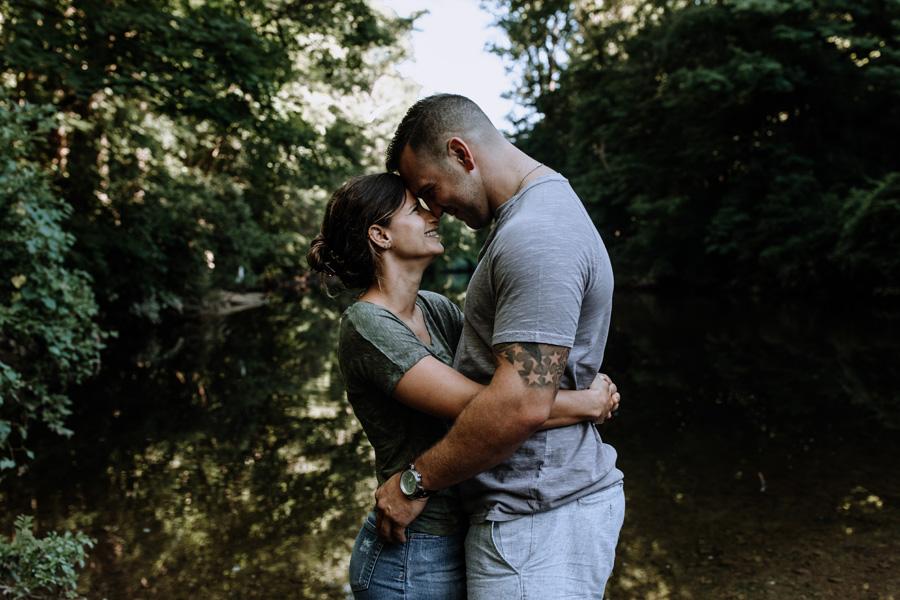 “We just wanted something that would capture how much fun we have together, and Hand and Arrow did exactly that!” 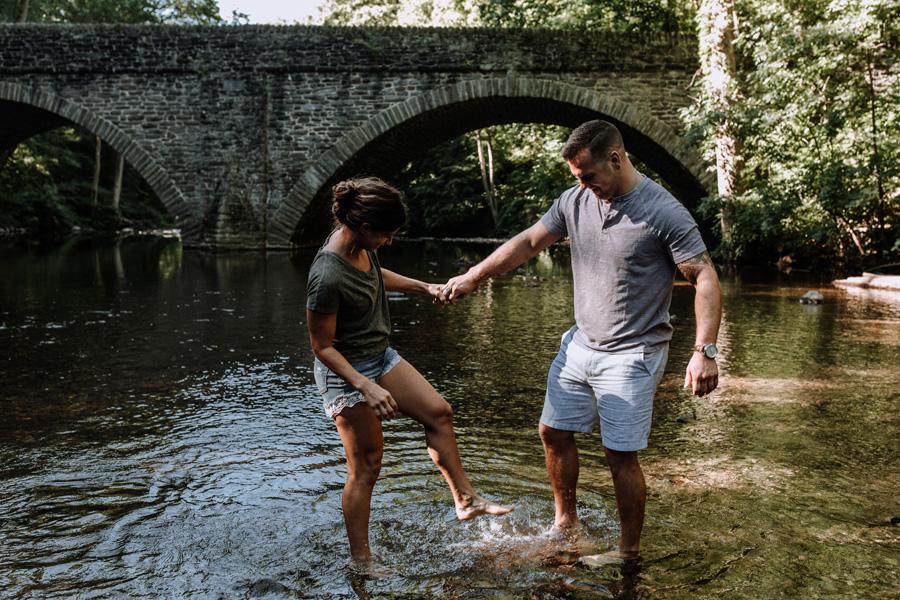 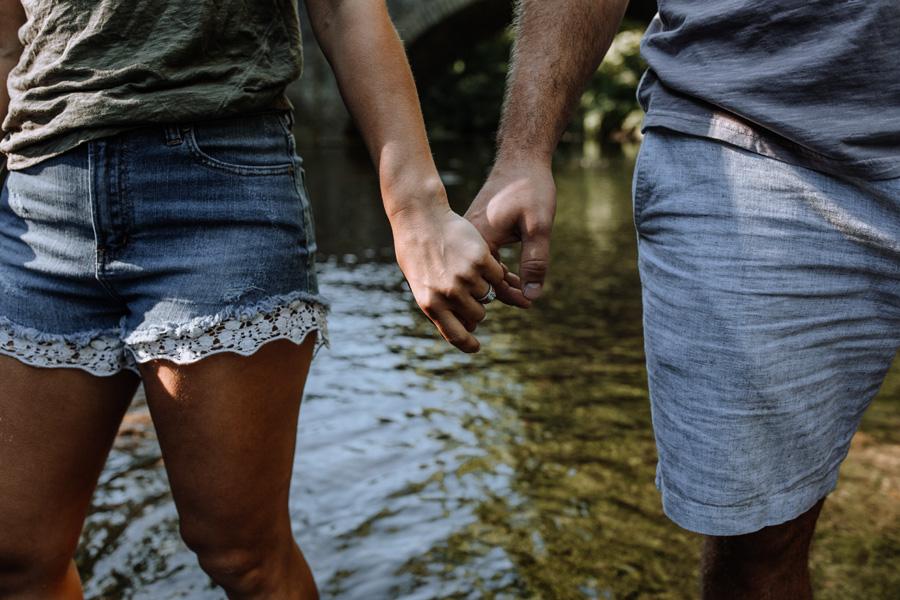 “We have started, gotten the big things booked like venue and caterer, but we’ve still got a year to hammer out the details!” 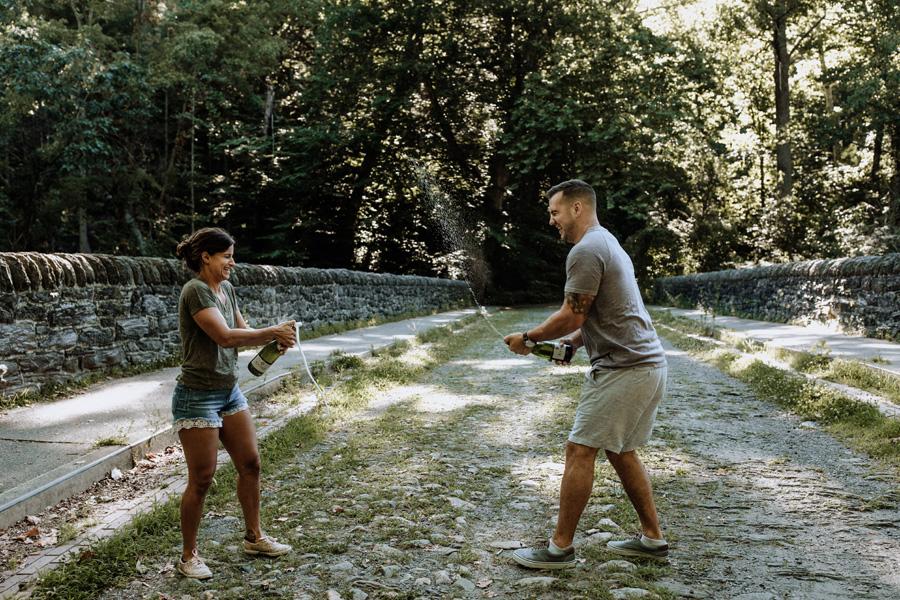 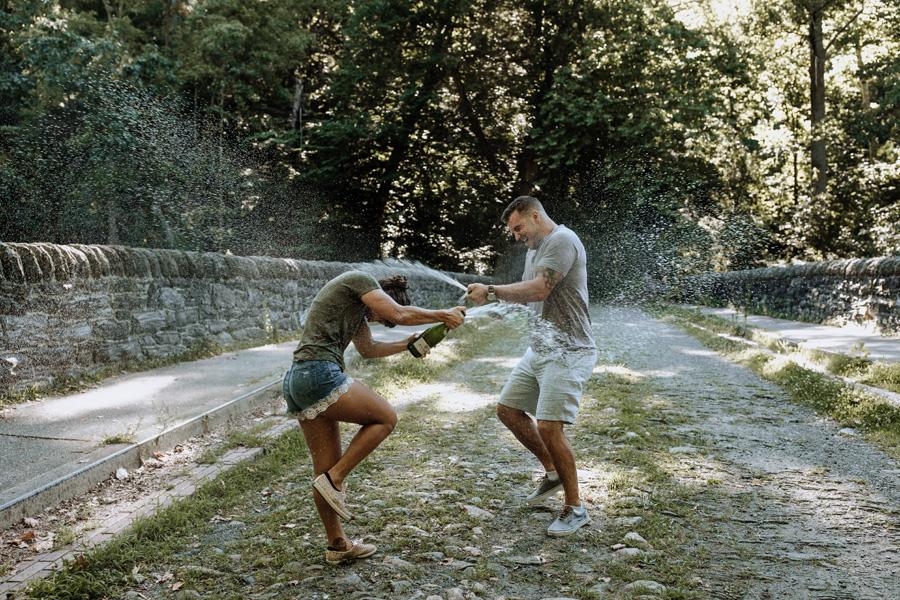 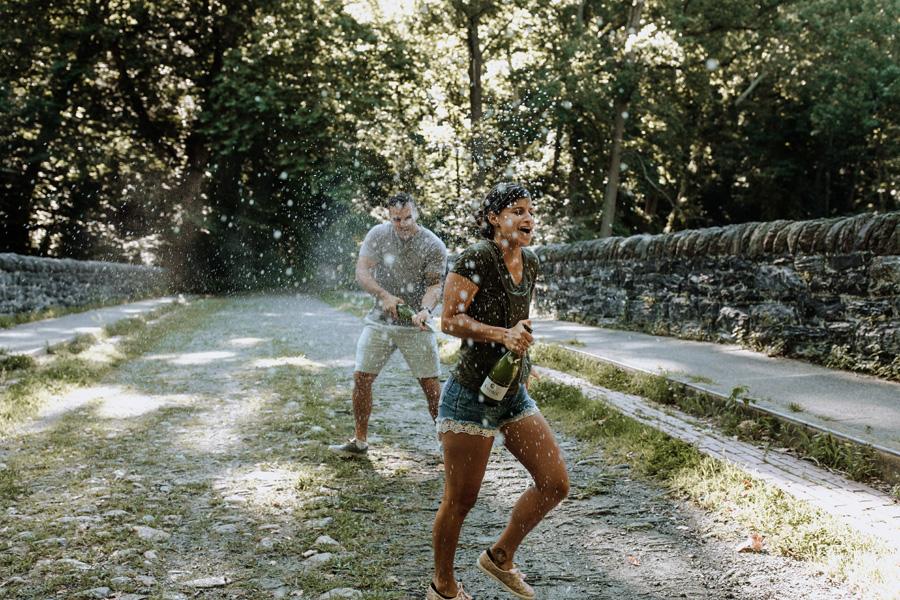 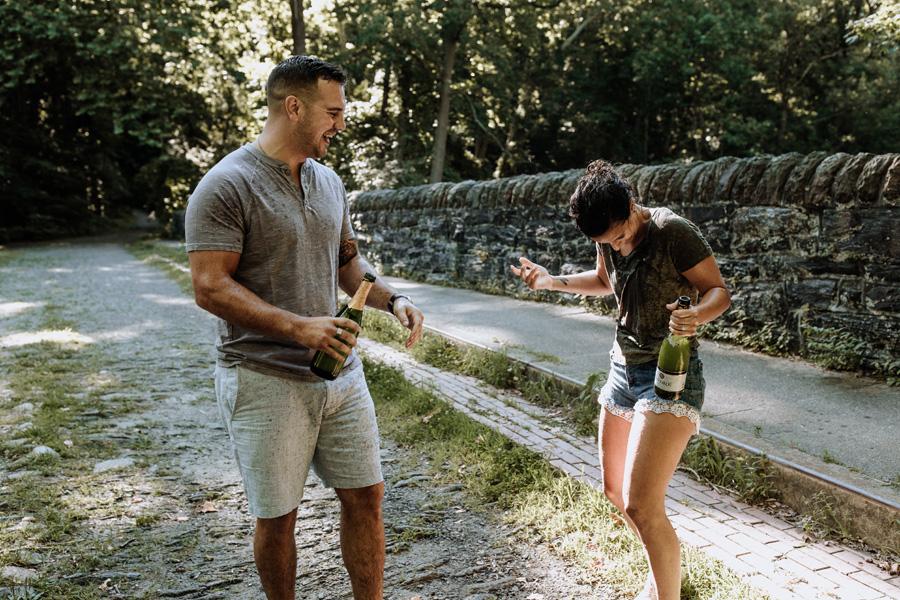 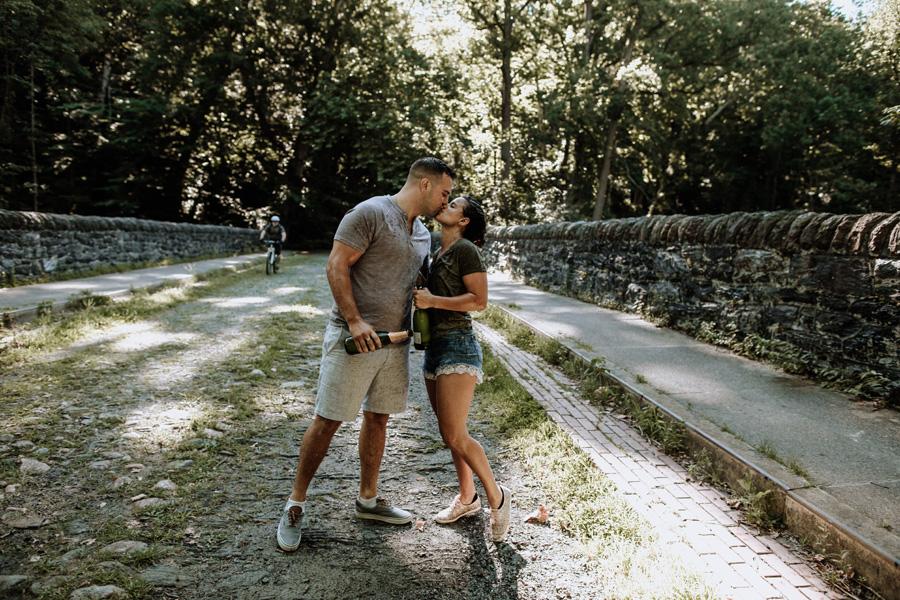 “It was great! I was really nervous about it being awkward and having that come through in the pictures. Jessica and Chris did a great job of trying to get our nerves out from the get-go. Although we aren’t ones for posing and taking pictures, so we will probably always feel a little awkward, we had a blast! They were really able to capture fun like we had asked, and they gave us the perfect amount of direction while still letting us be us!”