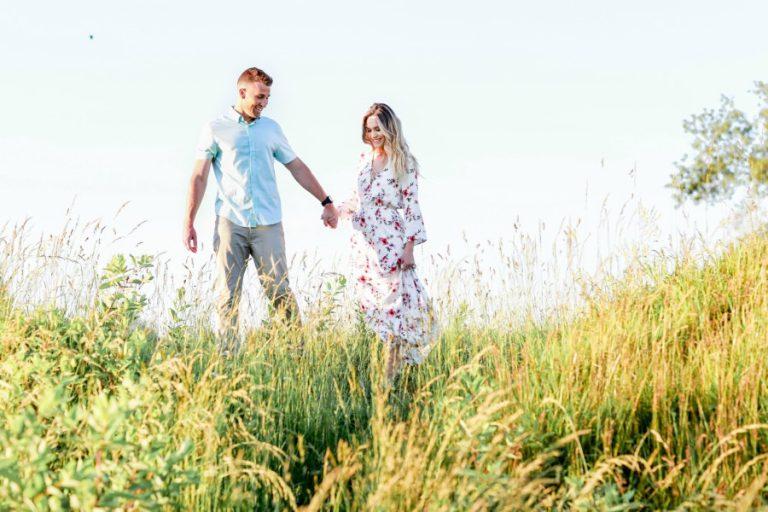 Colleen and Mickey truly represent a couple madly in love, and their amazing chemistry is felt through these impressive photos.  Alison Leigh Photography beautifully captured this couples’ charming presence, and her creative artistry is sanctioned in these images.  Boho meets romance for the day, as this couple casually strolls through Valley Forge Park in the most endearing style.  This romantic day was complete with cute kisses, heartfelt glances, and some adorable puppy loving! 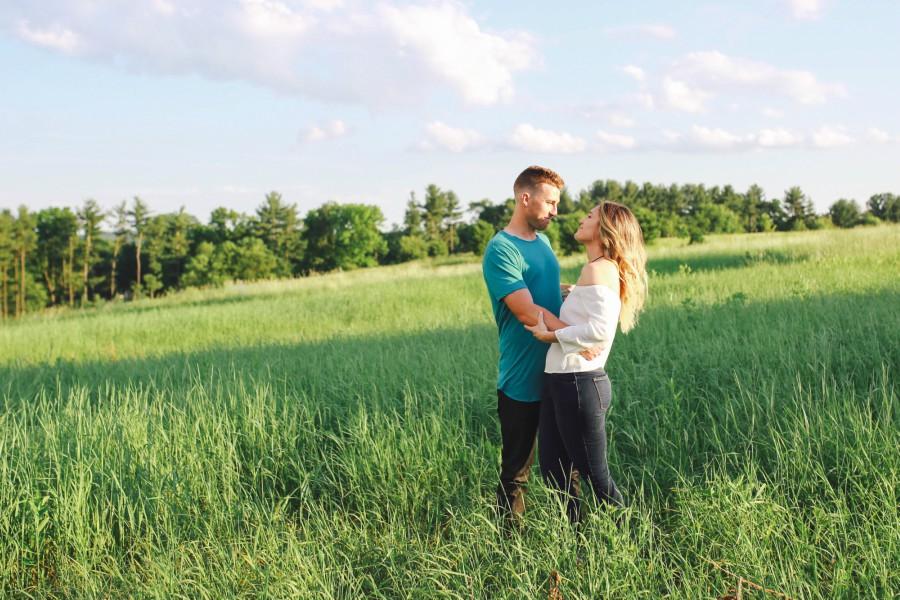 From the Photographer | Alison Leigh: “Colleen and Mickey are living in Philly temporarily during Mickey’s soccer season as he is a professional soccer player from Cali. Colleen has been his biggest fan since they were in college. The two share so much love for each other and their adorable pup, Finn, who is a bit of a man whore when it comes to kisses! The four of us headed out to the Valley Forge Park area and  walked around with their dog until we watched the sun start to set. We walked through tons of tall green grass and colorful wildflowers, which made for a very boho style feel.” 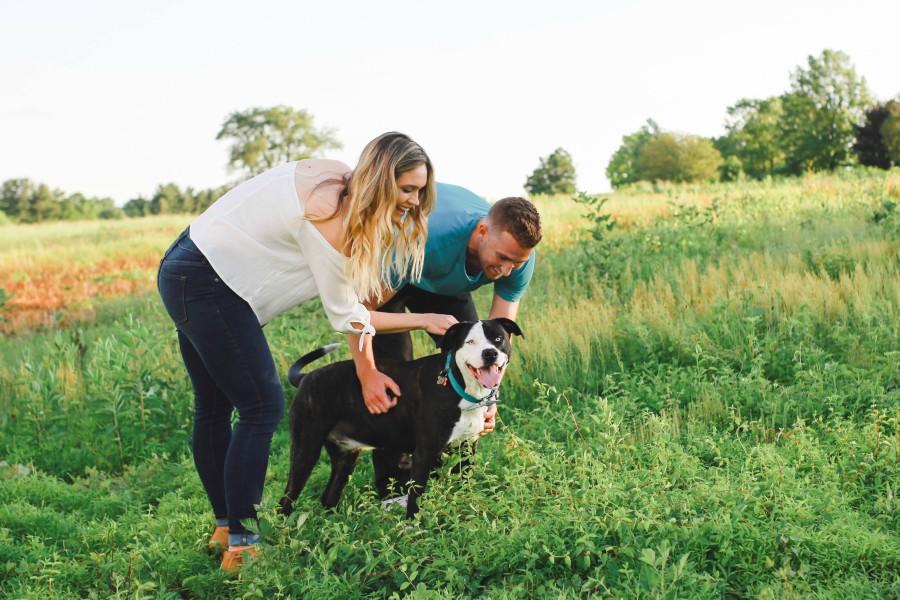 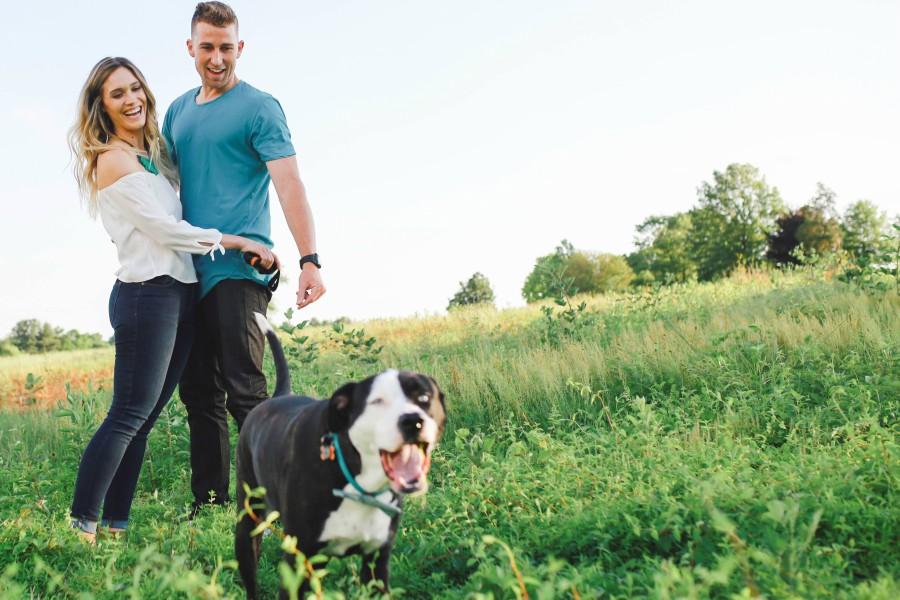 How they met: “Mickey and I met at an indoor soccer tournament. His good friend is also my brother in law so he invited us both to play. He thought I was loud and I thought he was adorable. Soccer has been a huge part of our relationship from the start and continues to be 9 years later!” 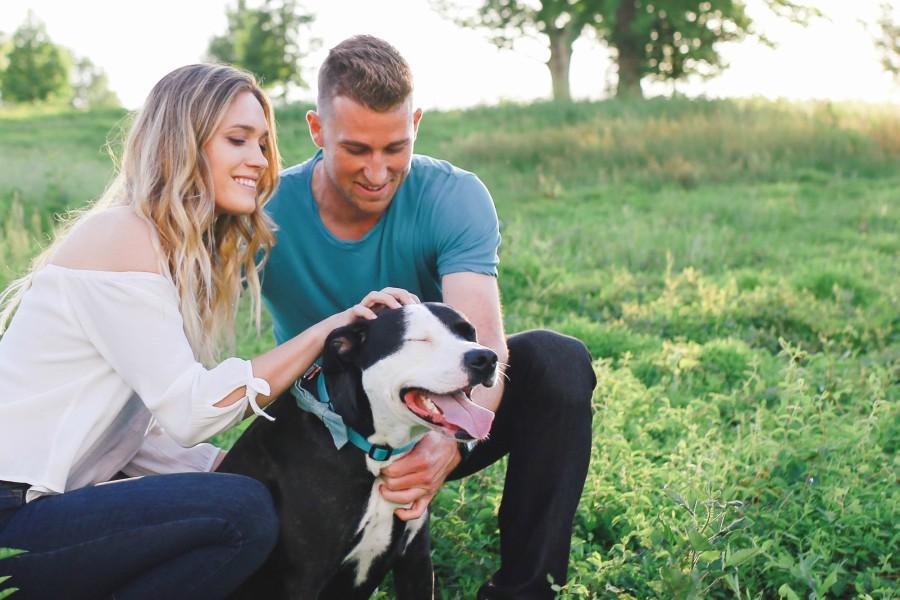 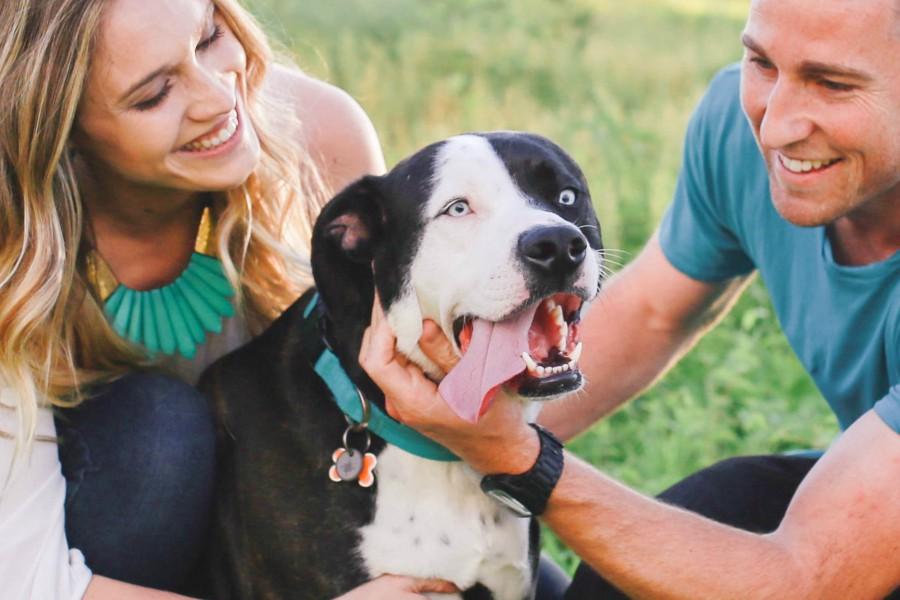 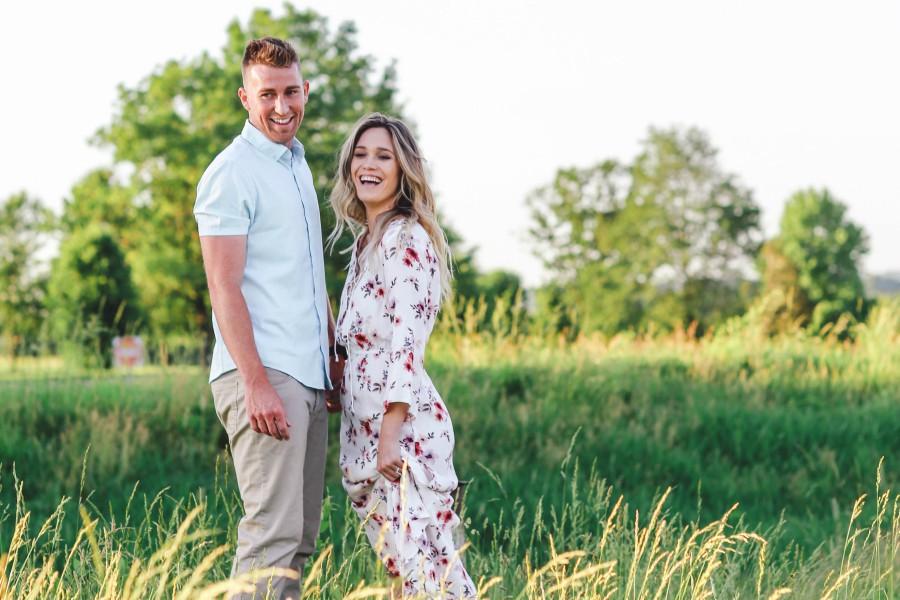 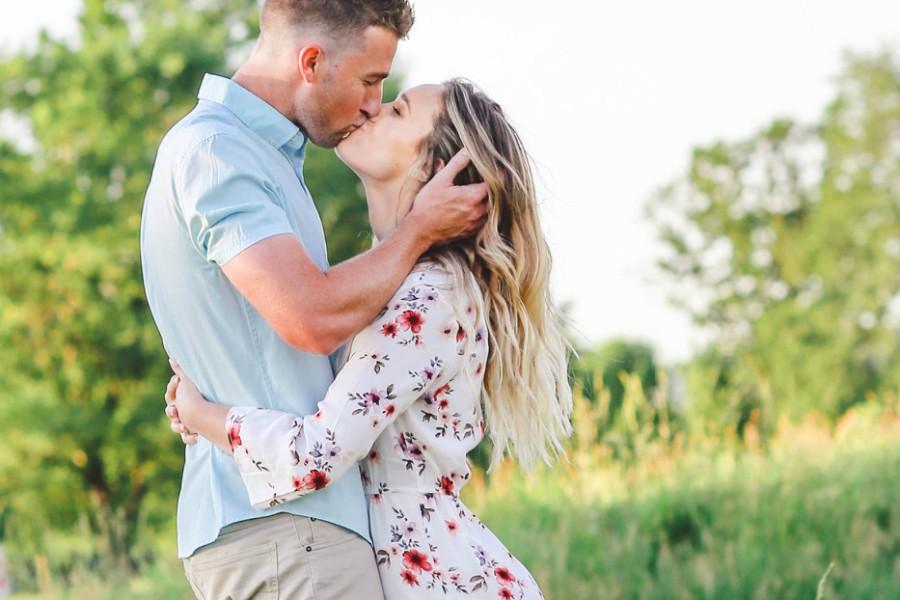 What do you love most about him? | From the Bride-to-be: “He’s my home. We’ve moved multiple times for his career, it’s a crazy life not knowing where we’ll be living a year from now but he always works hard to make sure I’m comfortable and happy before anything else. Moving city to city is never easy but he makes me feel at home whether it’s California, Philly or wherever were headed next!” 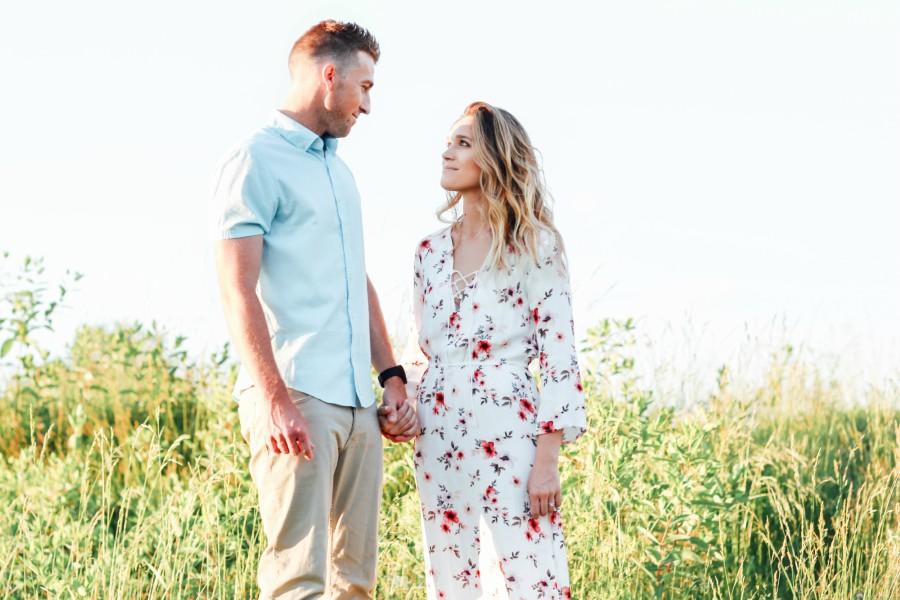 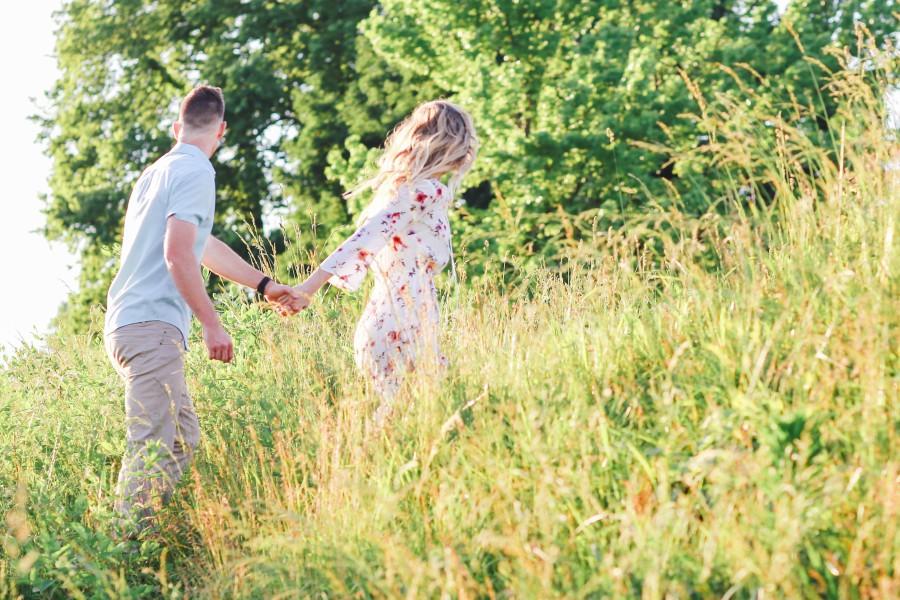 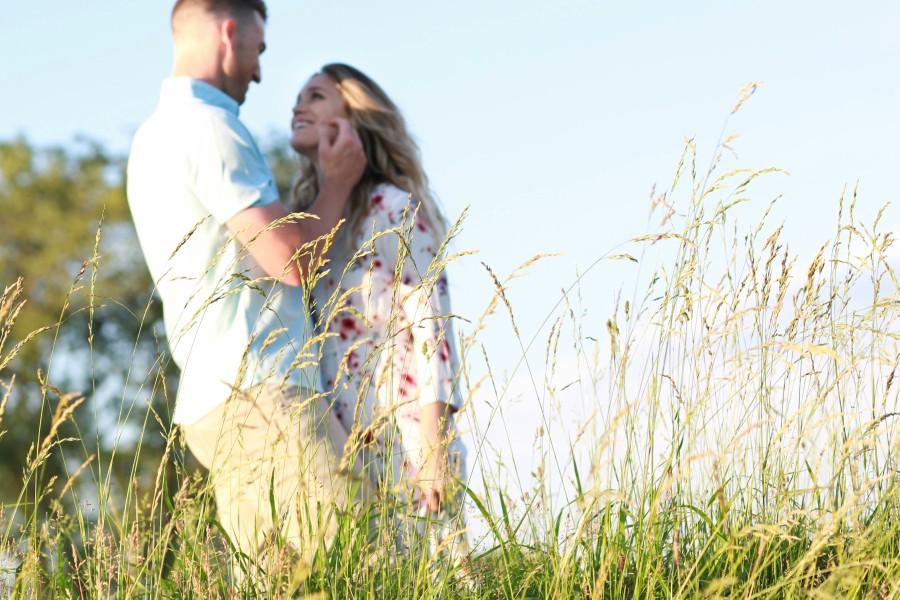 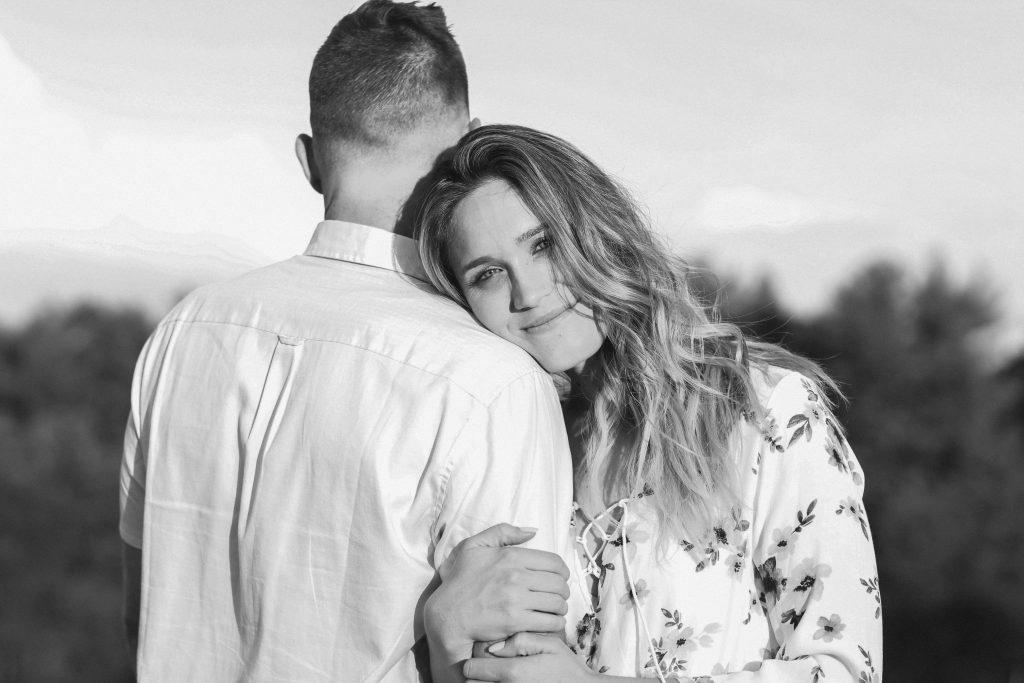 How he proposed: “We moved here from California at the beginning of the year for Mickey’s soccer career. I moved here a few months after him and in March he took me to explore some of downtown Philadelphia. We were walking around by the Rocky steps and sang the theme song all the way up, as a true tourist would, when we stumbled upon the beautiful gazebos hidden on the backside of the Art museum. He proposed in one of the gazebos overlooking the river. It was just the two of us and I wouldn’t have wanted it any other way. We had a security guard walking by take our picture a little bit after so we could remember that moment forever.” 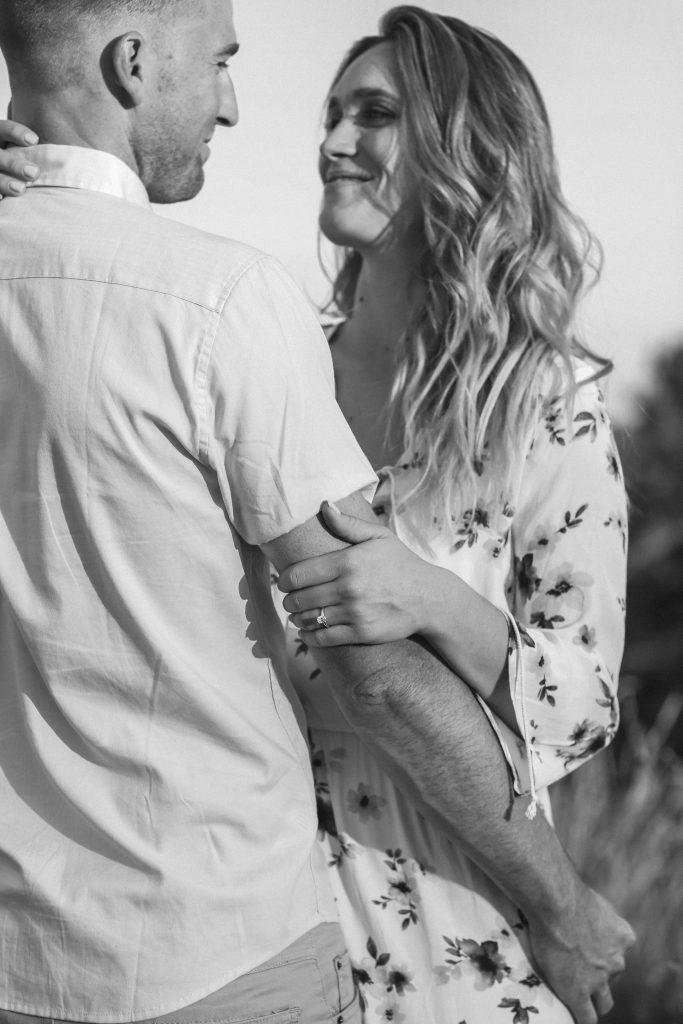 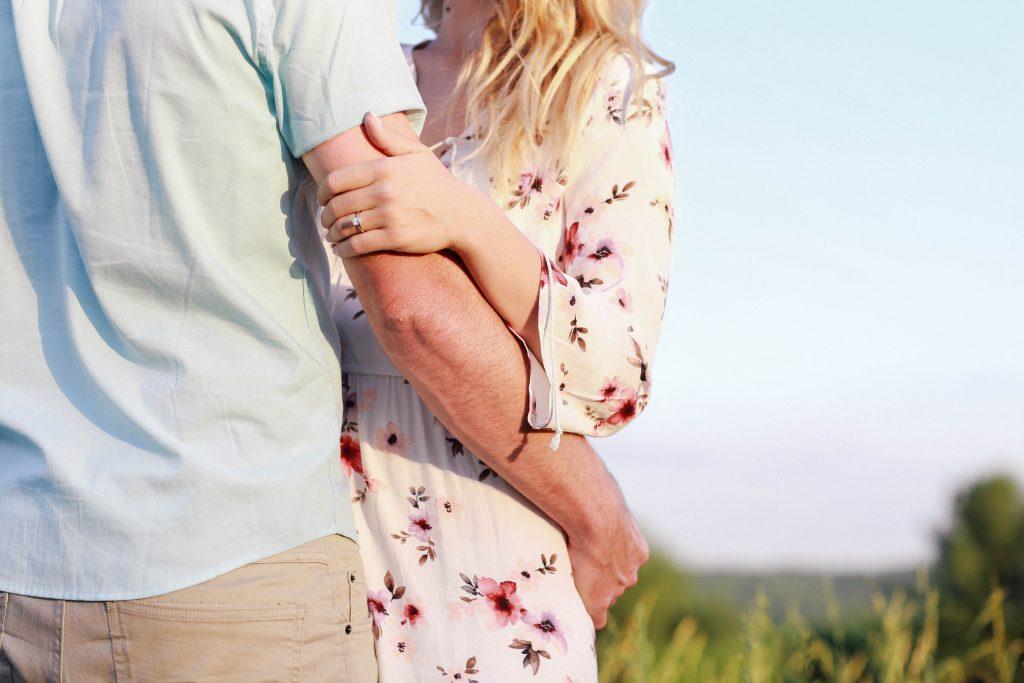 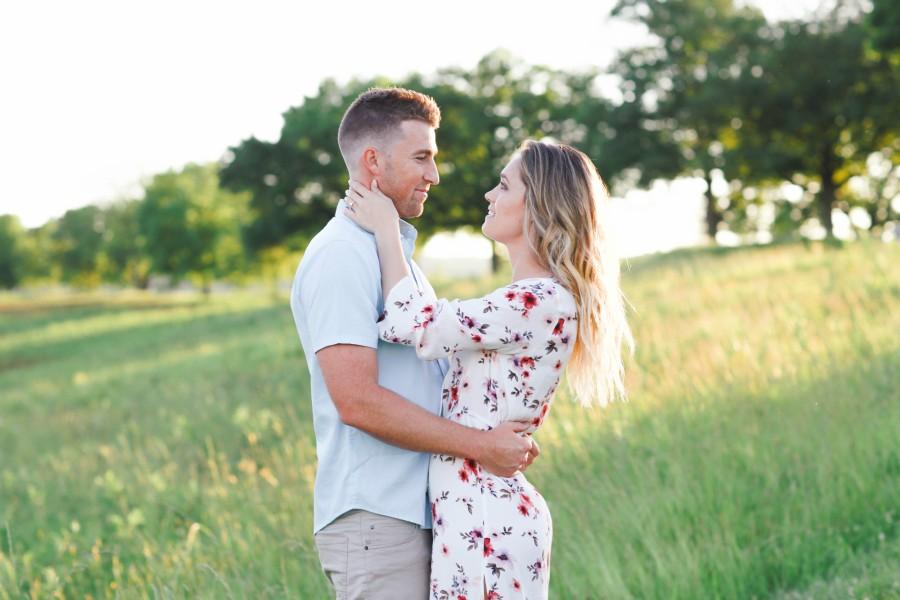 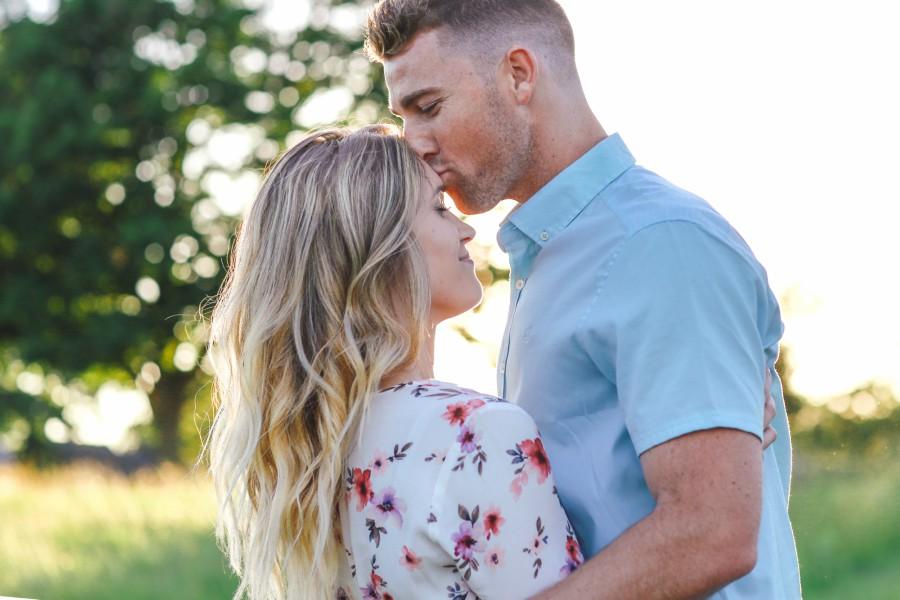 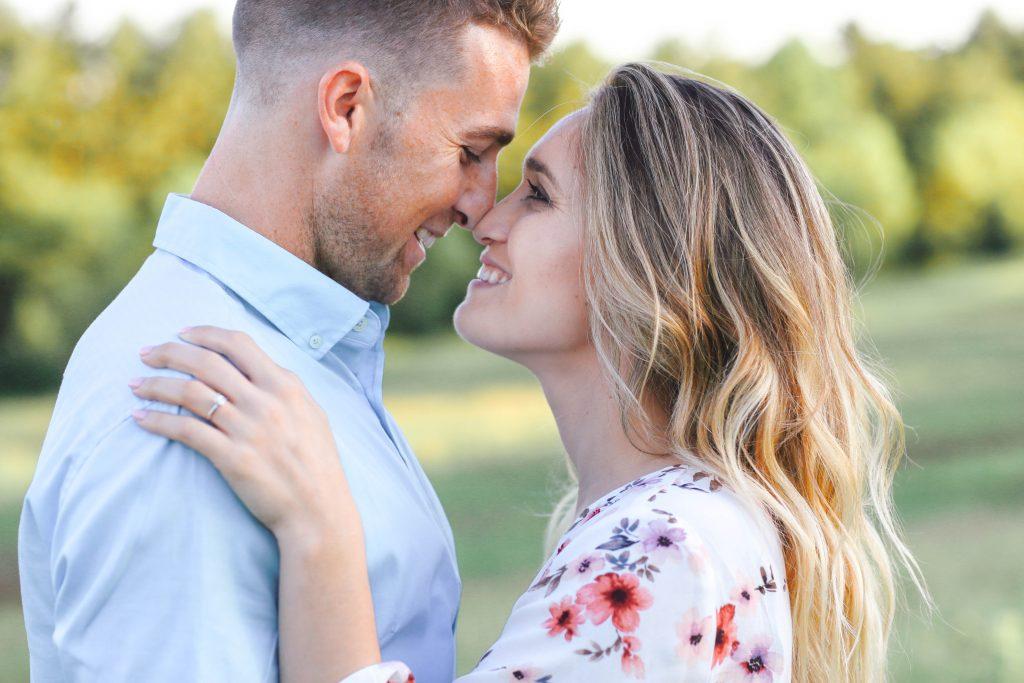 Engagement session inspiration: “I tend to lean towards the bohemian style so it was easy to put together what I had envisioned. We’re not fancy people so I wanted something more casual but also romantic. Ali did better than I ever imagined and took my idea to an incredible level.” 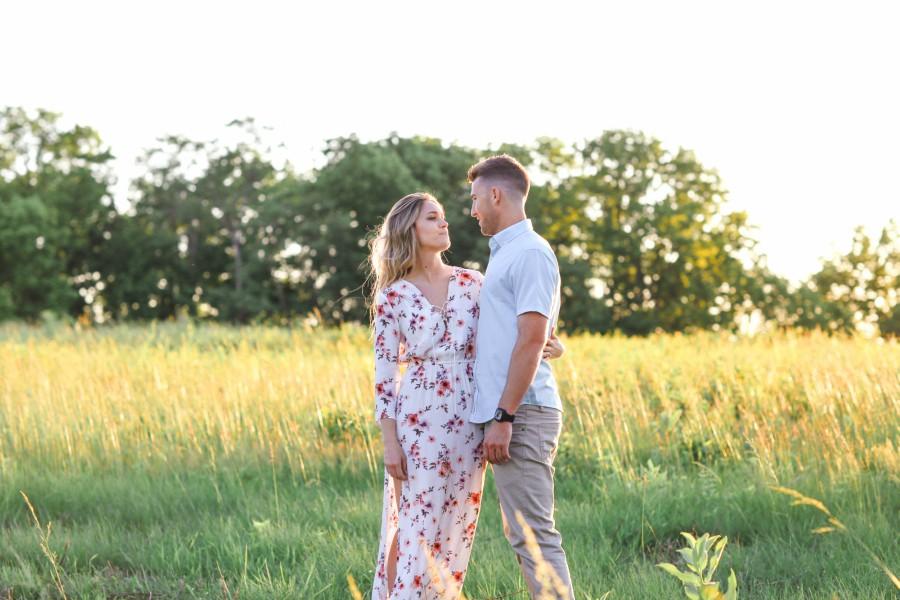 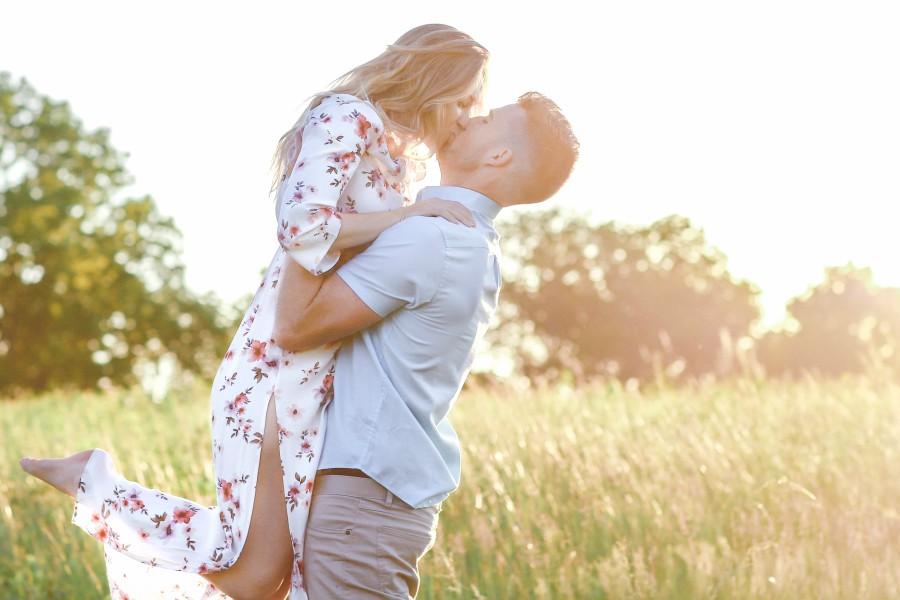 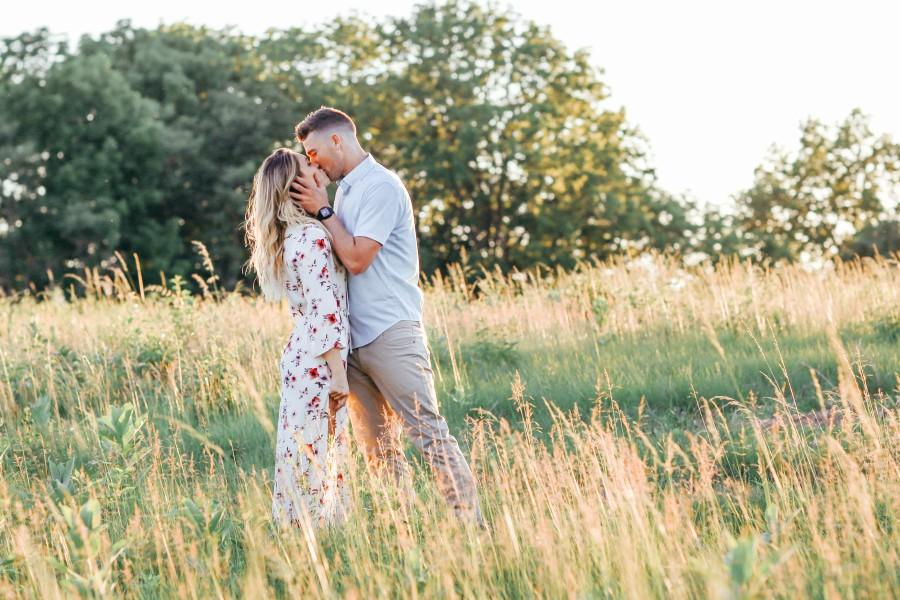 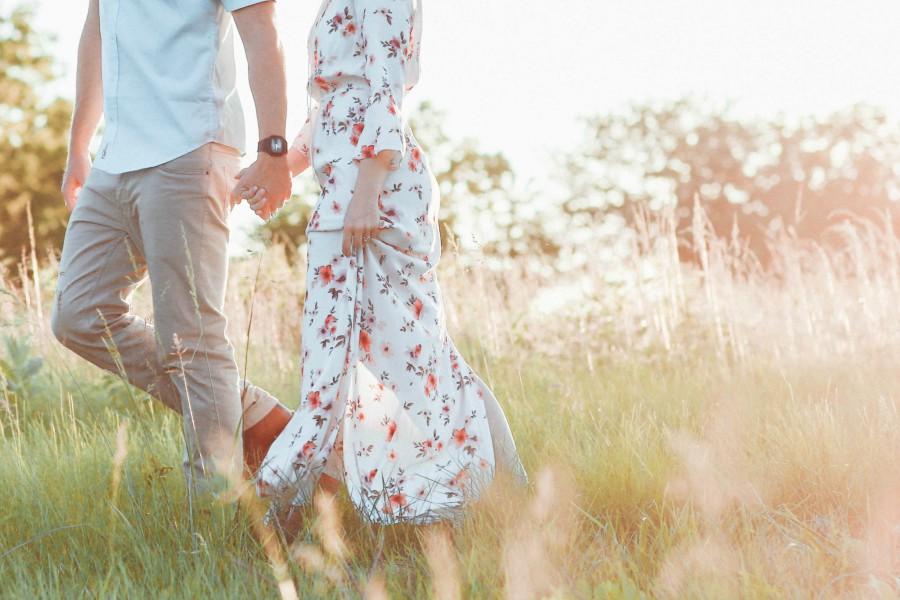 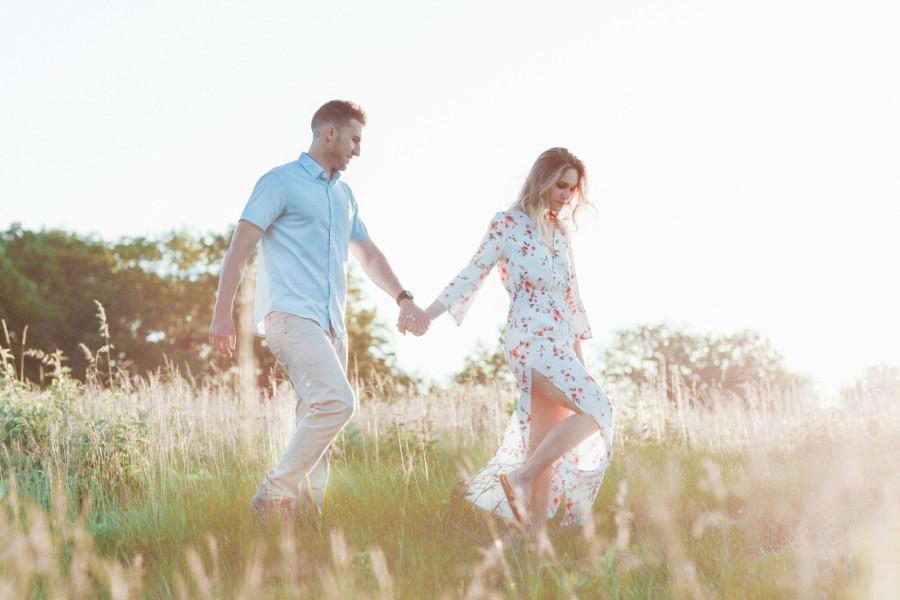 Wedding planning: “We have started planning! Mickey only has three months off out of the year so we’re getting married this January. Luckily California winters aren’t bad at all and venues weren’t being booked for then so we had time to choose. It’s been quite the challenge planning from Philly but my mom and sister have been an amazing help.”