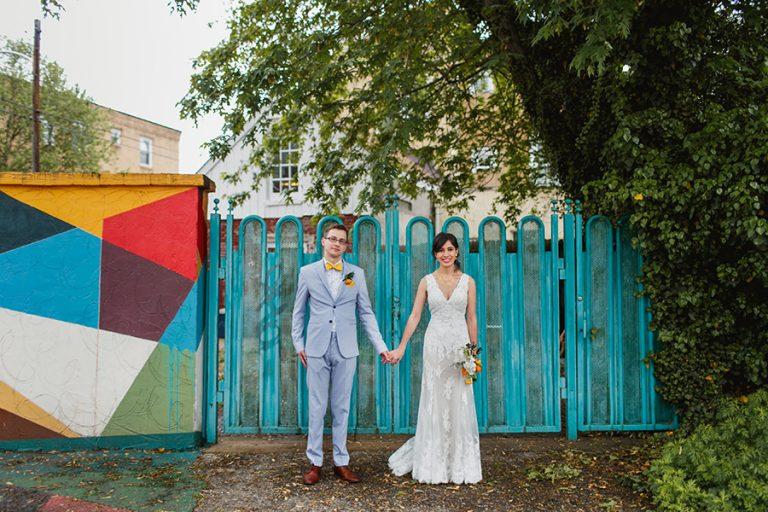 DIY Maas Building Wedding by Love Me Do Photography

DIY meets the Maas Building for a day of matrimony!  Love Me Do Photography is sharing the perfect pictorial perspective of Elise and Jasmin’s charming wedding day.  Elise and Jasmin are the kind of couple that will give you adoring vibes at first glance.  There’s so much delight in these visuals that grandstand unparalleled love, amazing DIY chic-ness, and a vivid narrative of two star-crossed lovers!  This wedding radiates with oneness, and this glorious Philadelphia fete is oh-so-sweet! 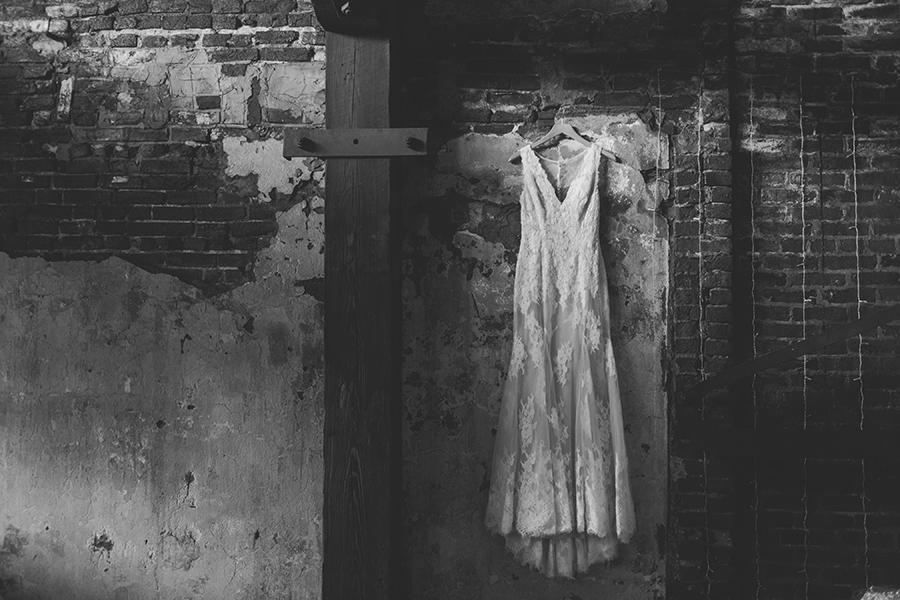 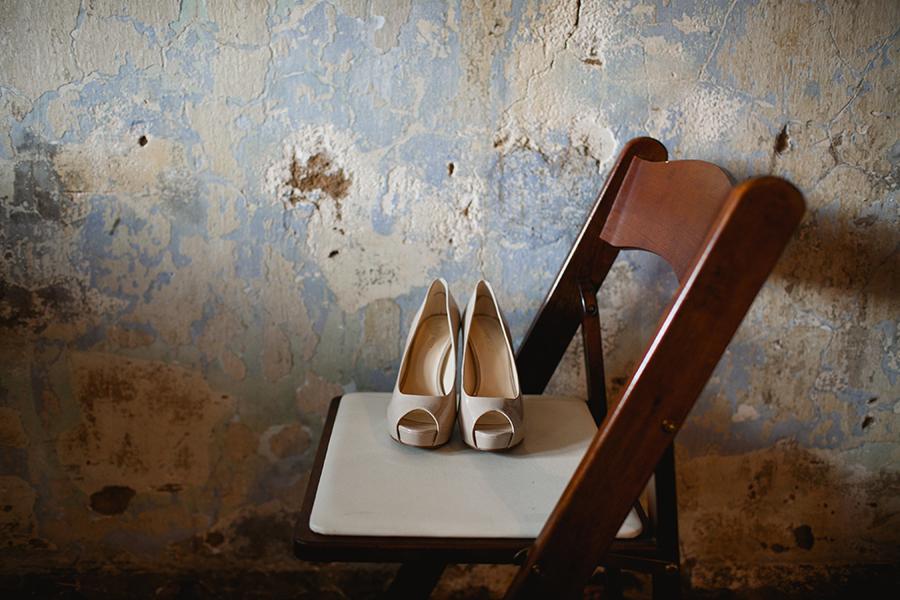 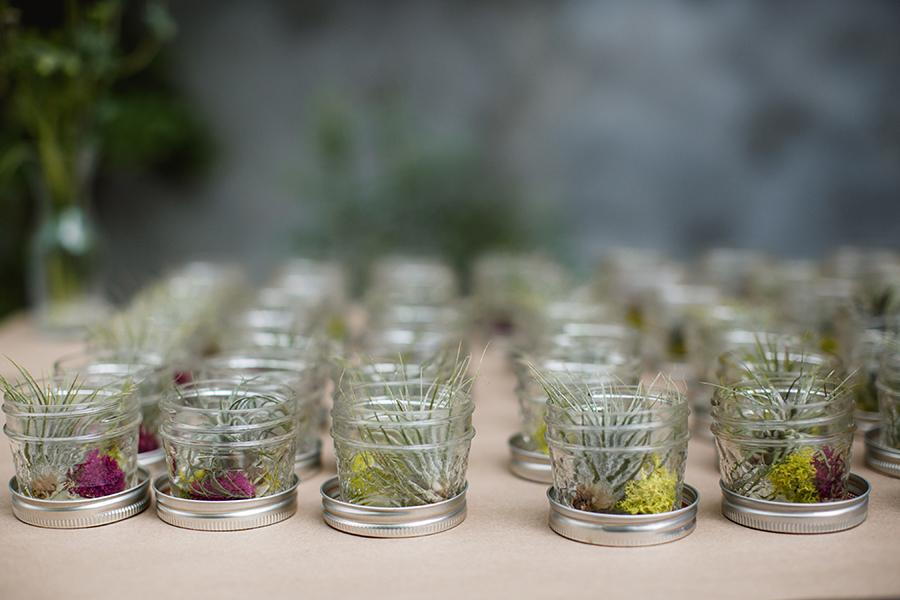 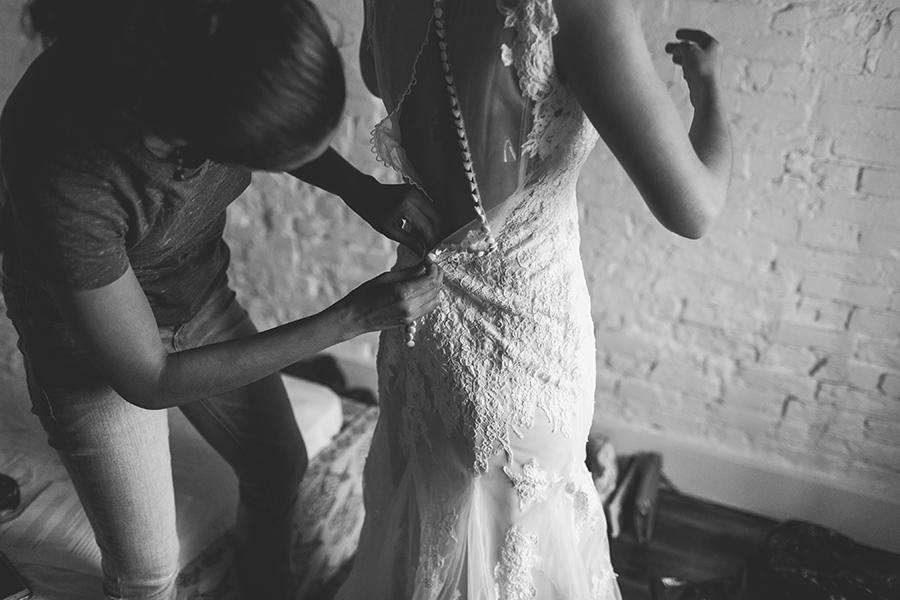 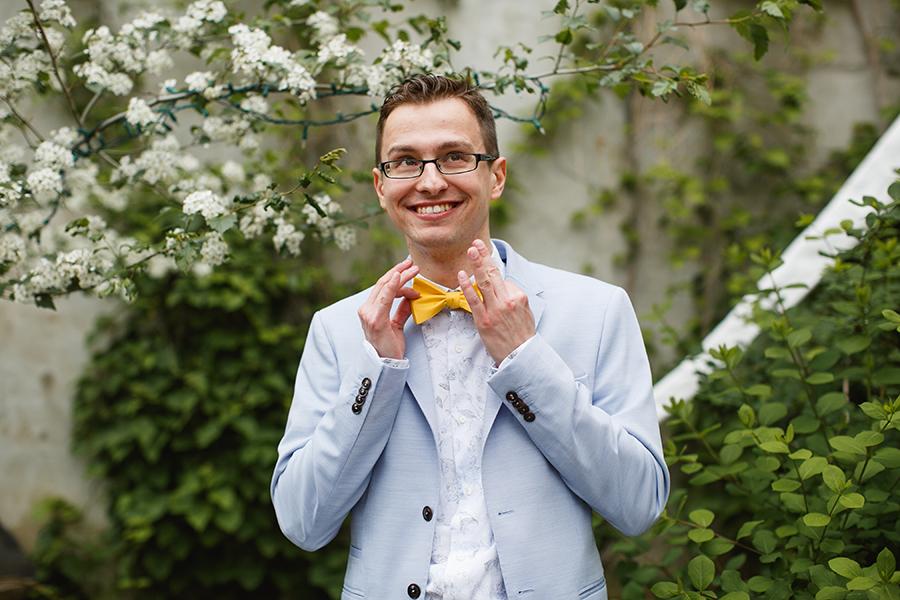 How they met:
From the Bride: “Spontaneously! It couldn’t have been more out of character for the both of us – we’re both careful planners and don’t easily take risks. But four years ago, when a friend asked me if I wanted to go on a road trip to Toronto *tomorrow*, I inexplicably agreed. When we arrived, he invited his friend Jasmin out with us, and we hit it off immediately. By 3 am we were tipsy, and I turned to Jasmin and said, “My sister’s birthday is tomorrow and I’m throwing her a party in Philadelphia. Wanna come?” He did, and it was great, and a year later he moved countries for me.” 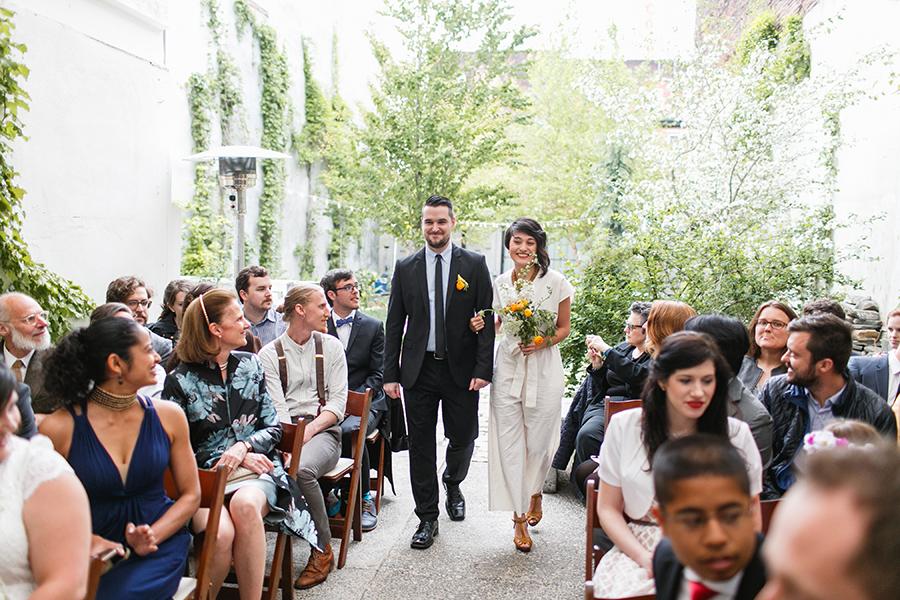 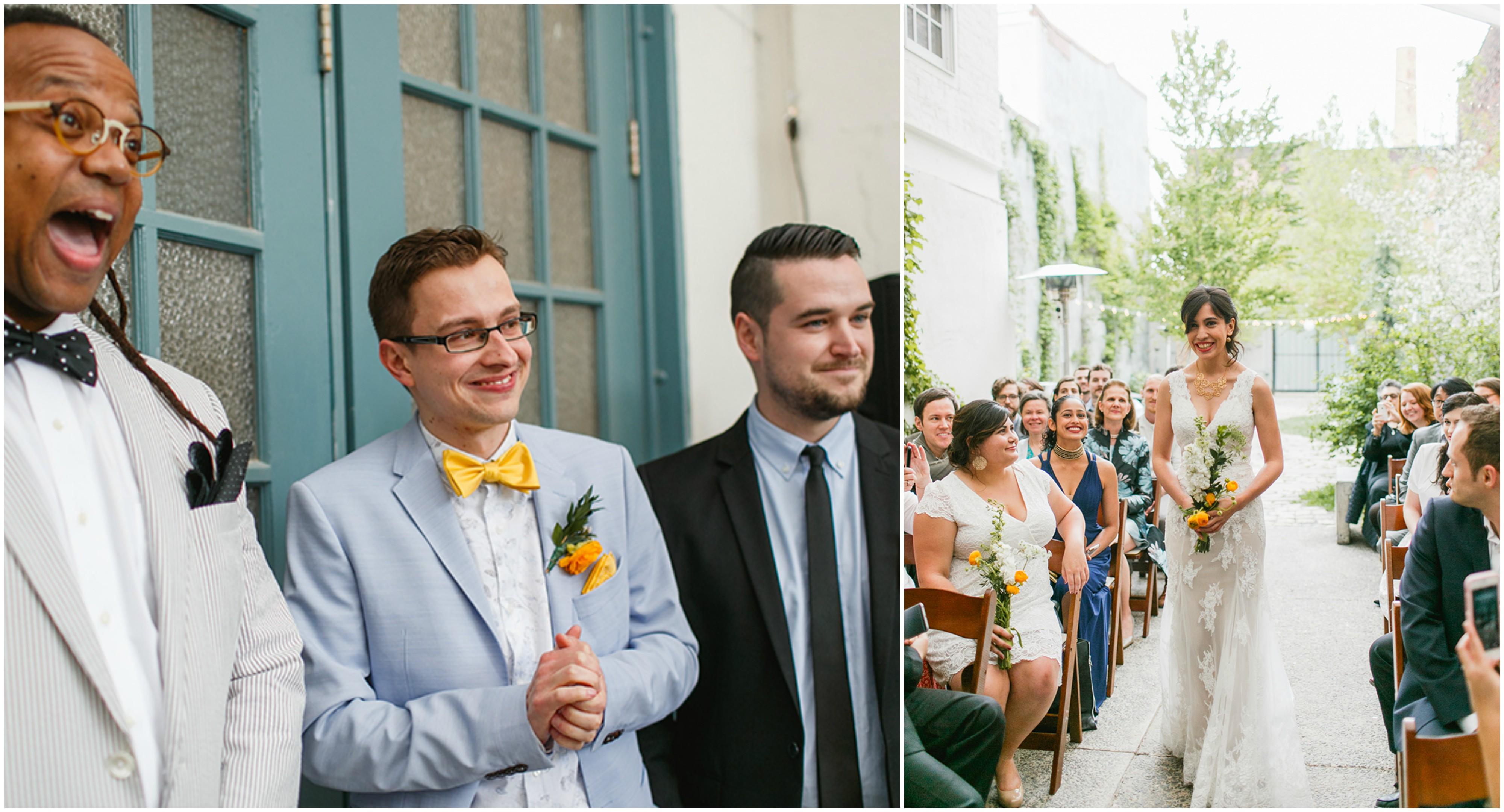 How he proposed:
“We agreed to get married without a proposal, but then he wanted to propose anyway (and he warned me not to beat him to it!). He had planned to surprise me in Clark Park, but on the walk I started to get whiny about being cold, so we went home. He proposed in the kitchen with ice cream and Gushers, because “he thought that strengthened his case.” 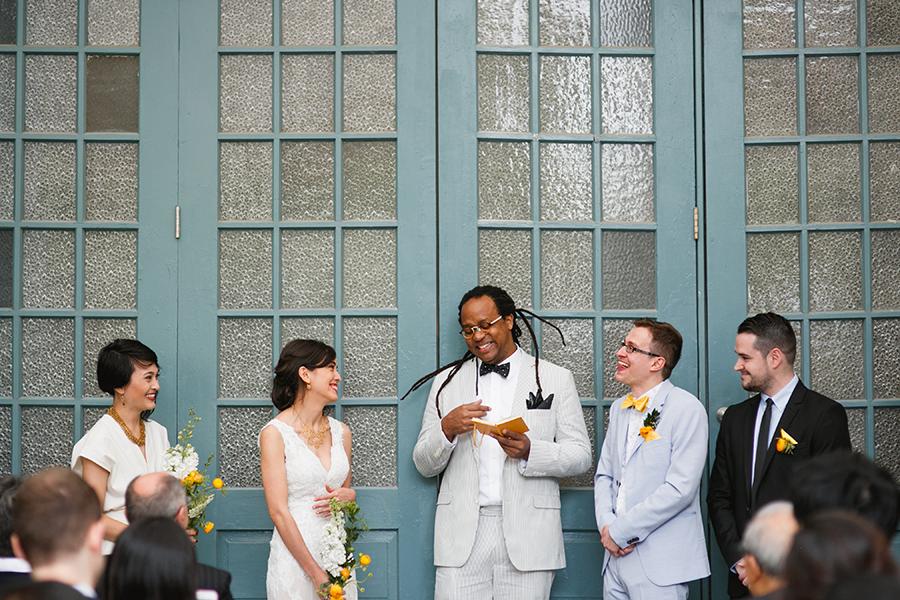 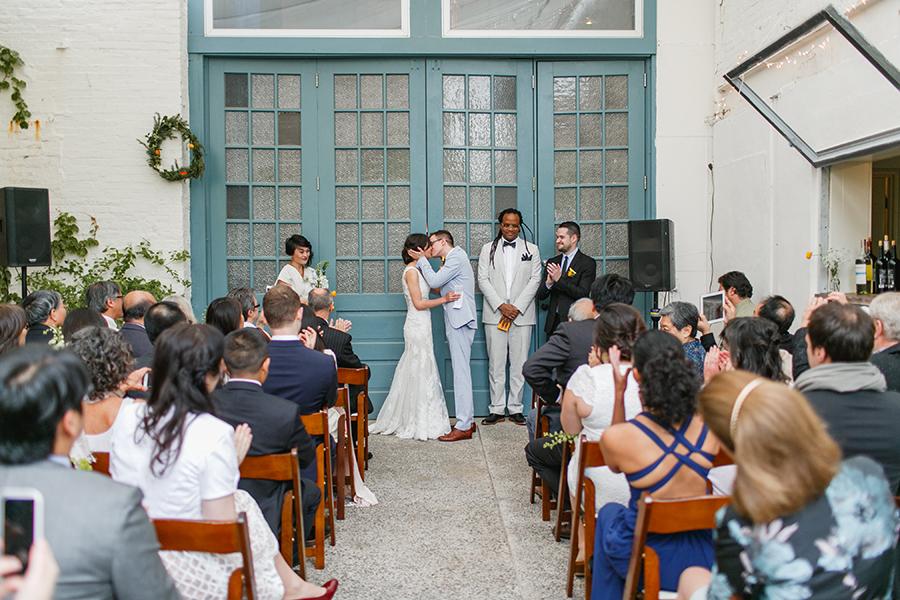 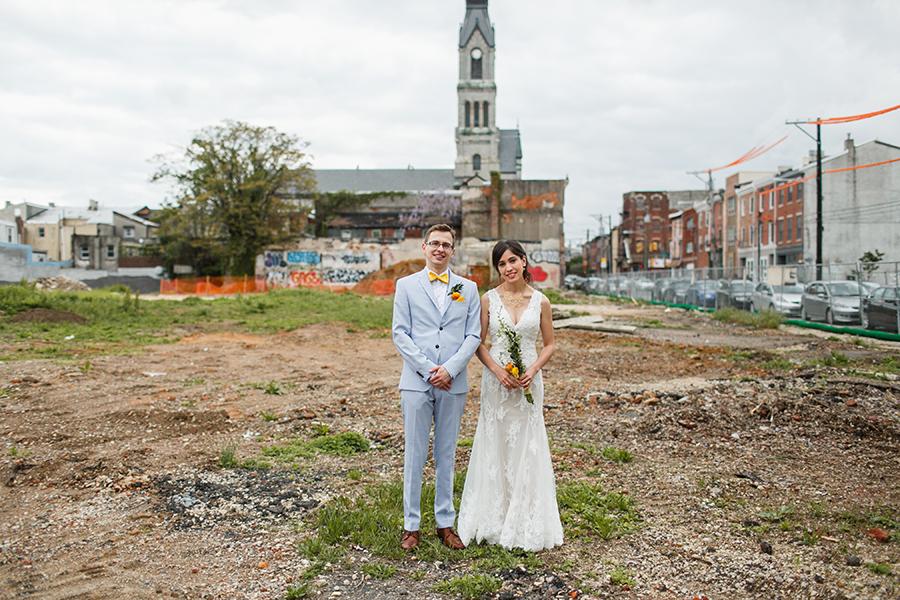 Wedding planning:
“It should have been stressful, since we did everything ourselves from overseas (we spent the year in Sarajevo, his hometown), but we just did it a little at a time. We ordered in bulk, depended heavily on friends and family, and wrote off our regular lives the week before to pull everything together. And Carina and Tricia were awesome on the day of – they gave professional guidance when we were totally confused, and Carina even provided safety pins for a wardrobe emergency!” 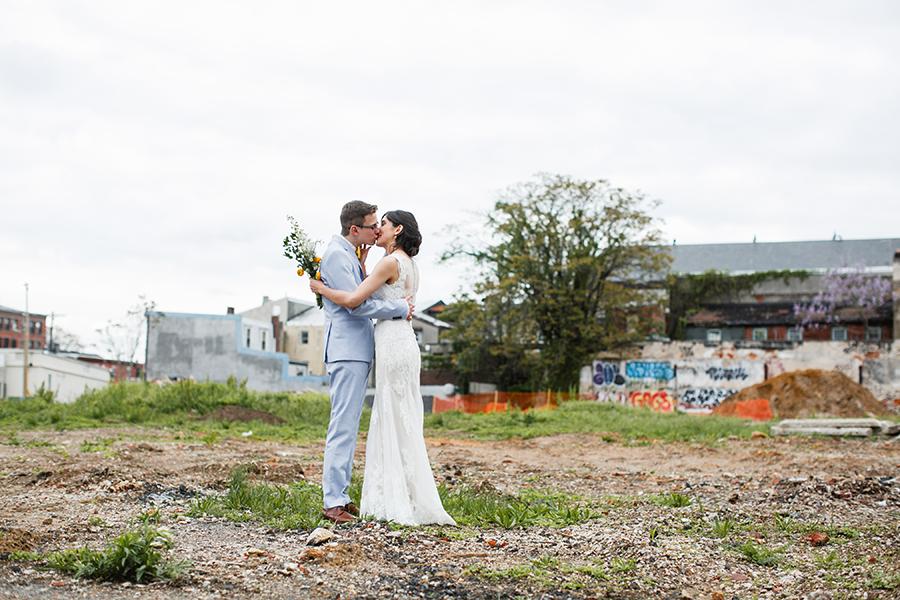 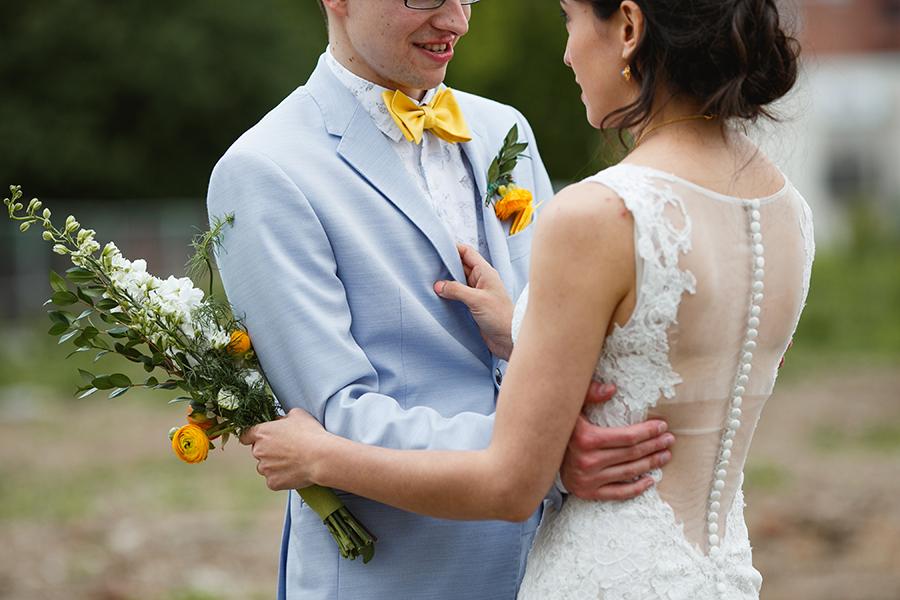 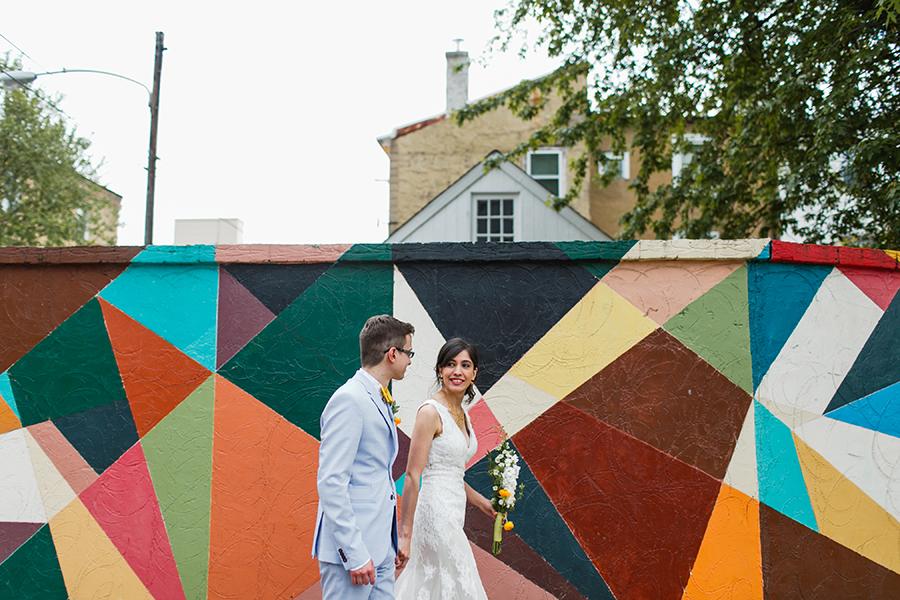 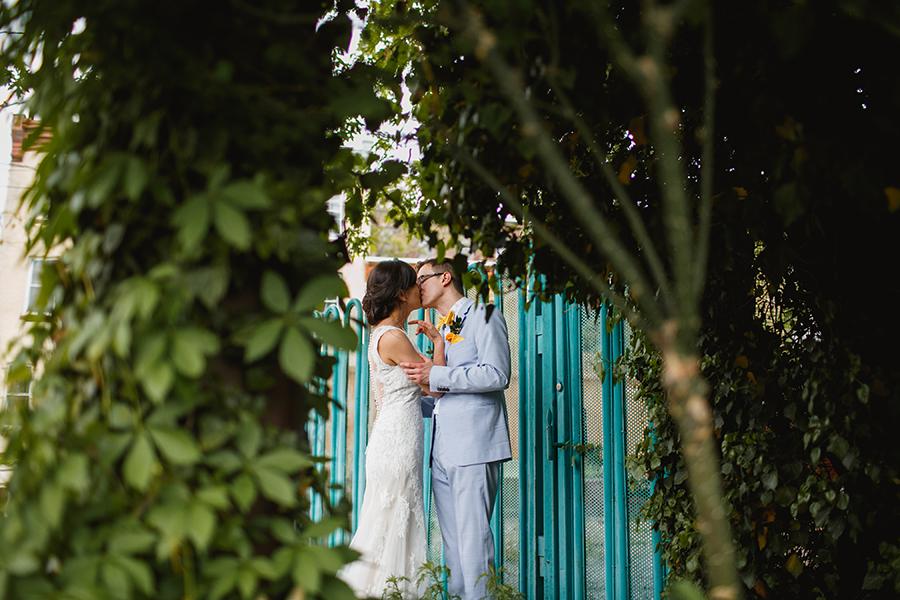 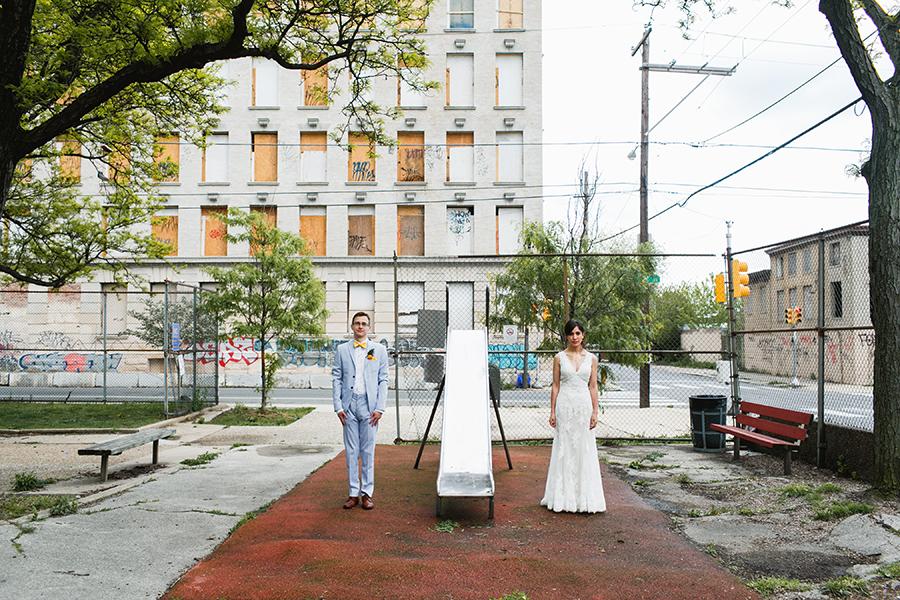 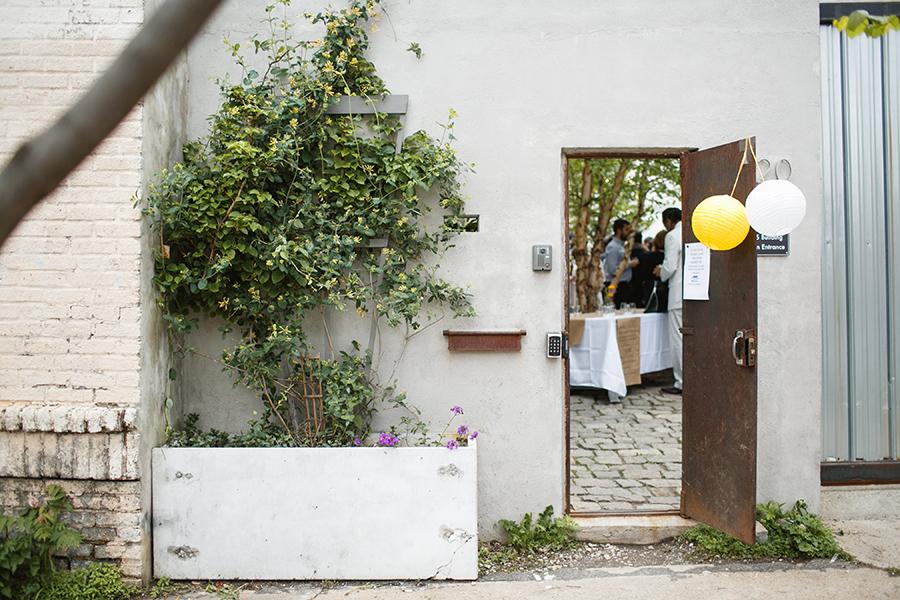 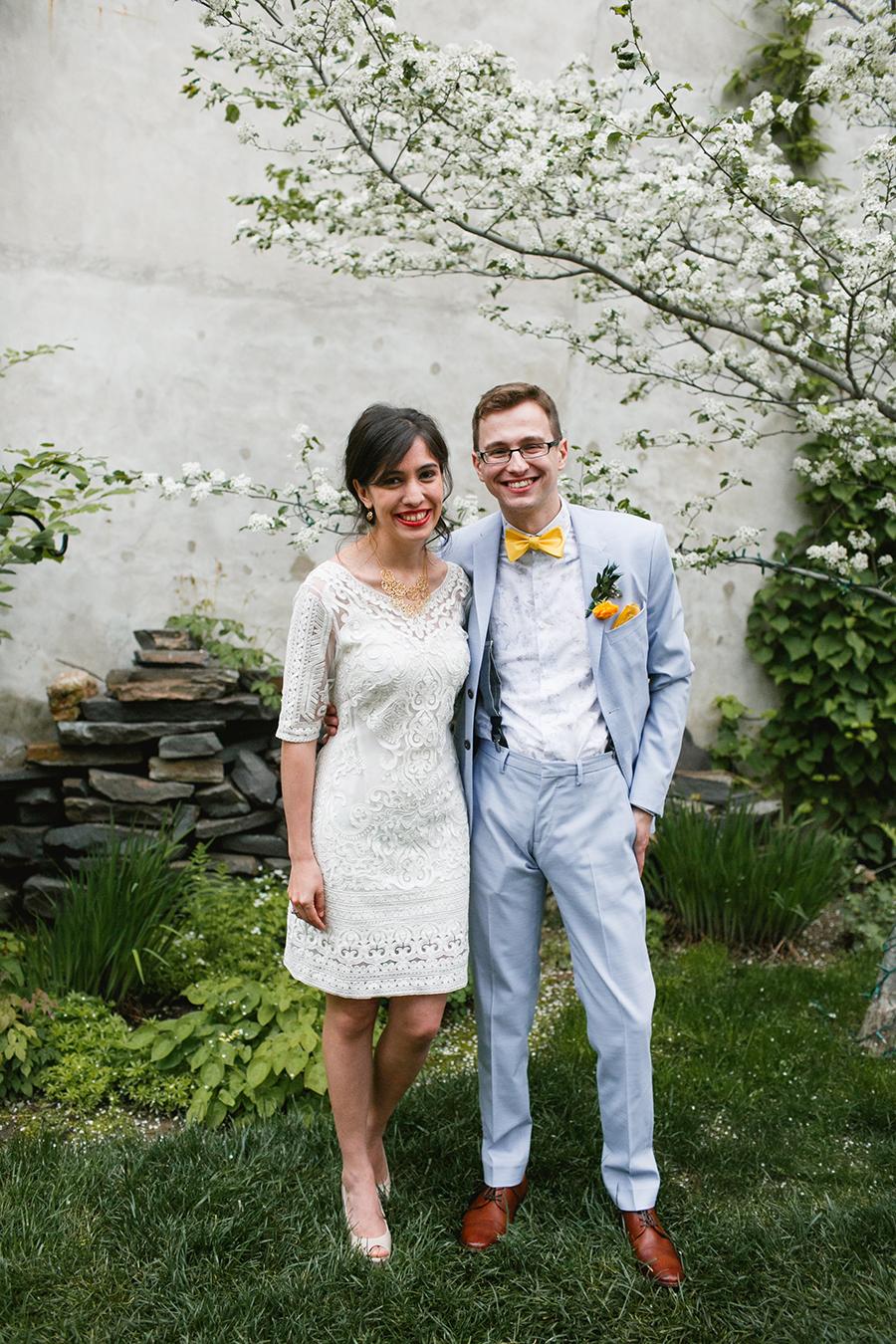 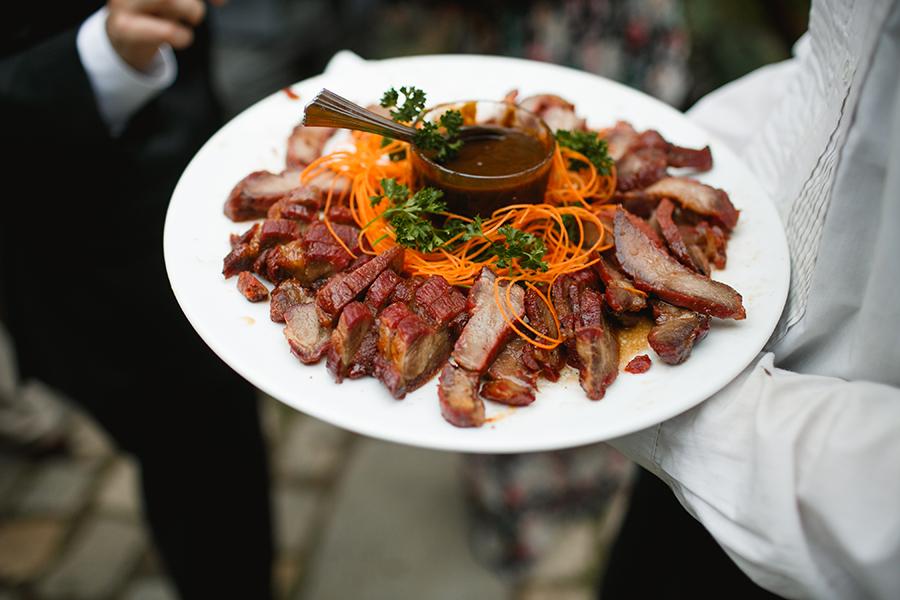 Favorite memory:
“He’d say the dancing, because his oldest friends came and it was joyful and loud, especially when the Bosnian songs came on. I’d add to that the moment when we sat down to dinner, which was the first moment he and I had had alone all day (it was my sister’s suggestion that we get a table to ourselves – best idea ever). We just sort of grinned stupidly at each other.” 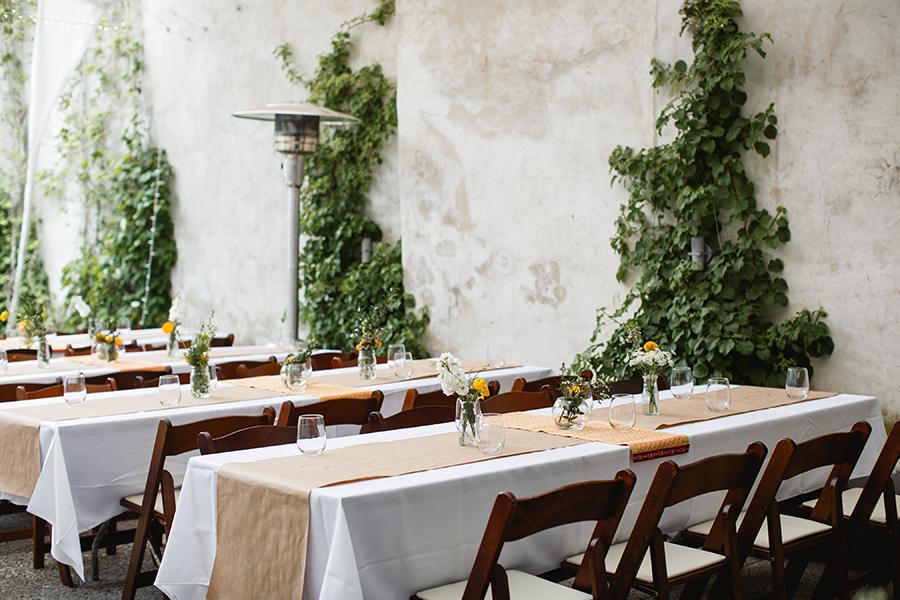 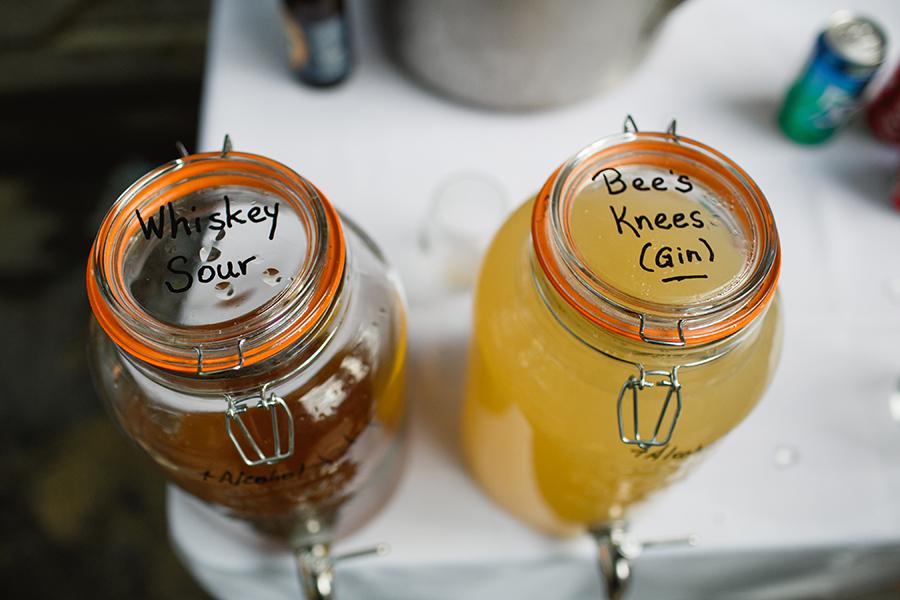 Wedding planning advice:
“Don’t write your vows the night before… That was the only fight we had about the wedding, because we were so panicked! Also, take the path of least resistance when you can, even if that means significant compromises. We couldn’t use money to make things easier, so we just simplified the wedding down to a project we could handle ourselves. We just couldn’t afford to be inflexible about our plans, and that helped us focus on making it a celebration, rather than a production.” 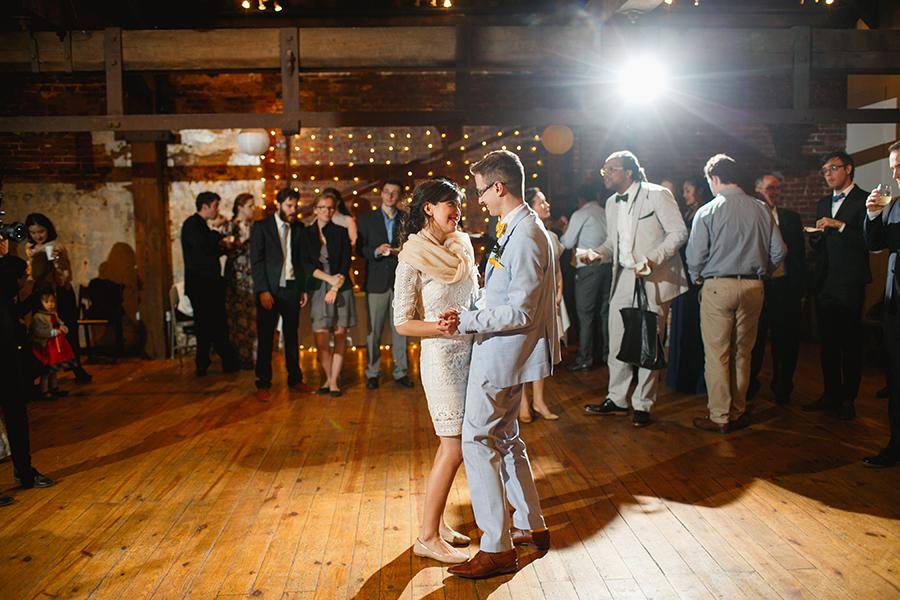 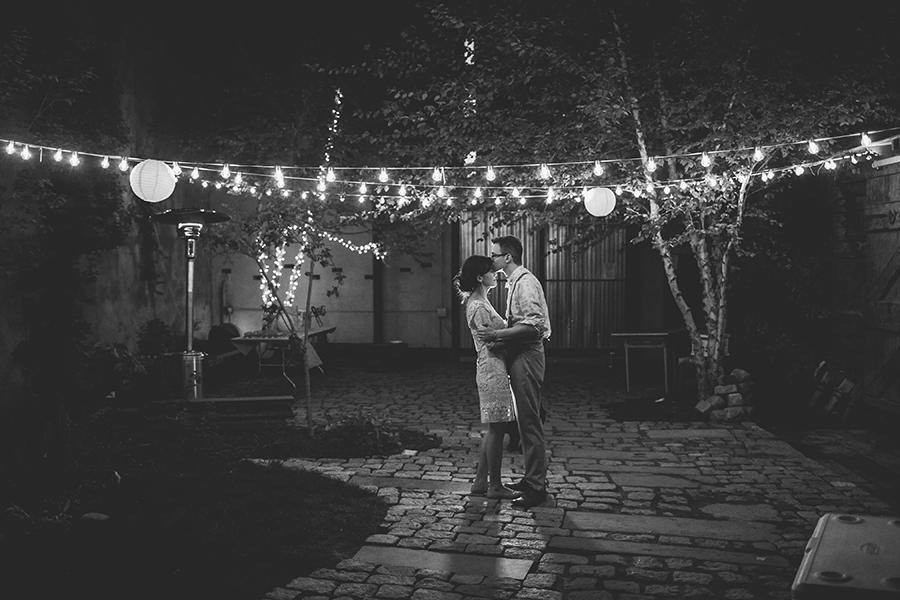 From the Photographer: “Some cool things about the wedding:  It was located in the Kensington neighborhood of Philadelphia. For portraits, we walked around the block and stopped at the nearby playground for some photos. We have really nice storm clouds in the background!  During the ceremony, they had a traditional Bosnian toast that involves smashing glasses.  At the reception they had a kolo (circle dance).  So much was diy, which added to a homegrown and intimate feel of the day.”
Vendors | Photography: Love Me Do Photography | Venue: Maas Building | Flowers: Made by the bride | Cake: Federal Donuts | Catering: San Kee Peking Duck | Dress: Tomoko Nakamori | Suit: Zara | Everything else was DIY! |