Kamna and Ryan are glowing in their couple portraits gracefully captured by Sachi Anand Photography.  This dynamic duo first met at Villanova University, so it’s to no surprise that they chose their Alma Mater for the location of their lovely engagement photos.  Not only is this couple sensationally charming, but their inevitable tale of love will add some extra sweetness to your day. Keep scrolling to learn how these two met, and grab some engagement inspiration from charismatic couple!

“In the spring of 2014 Kamna and Ryan were both set out on a similar path to focus and advance their careers through Villanova University’s MBA program. Even though they started the program one year apart from each other, they had one class together. This was not just any class. It was Ryan’s last and final class of the MBA program, and it was a class that would unite the two.” 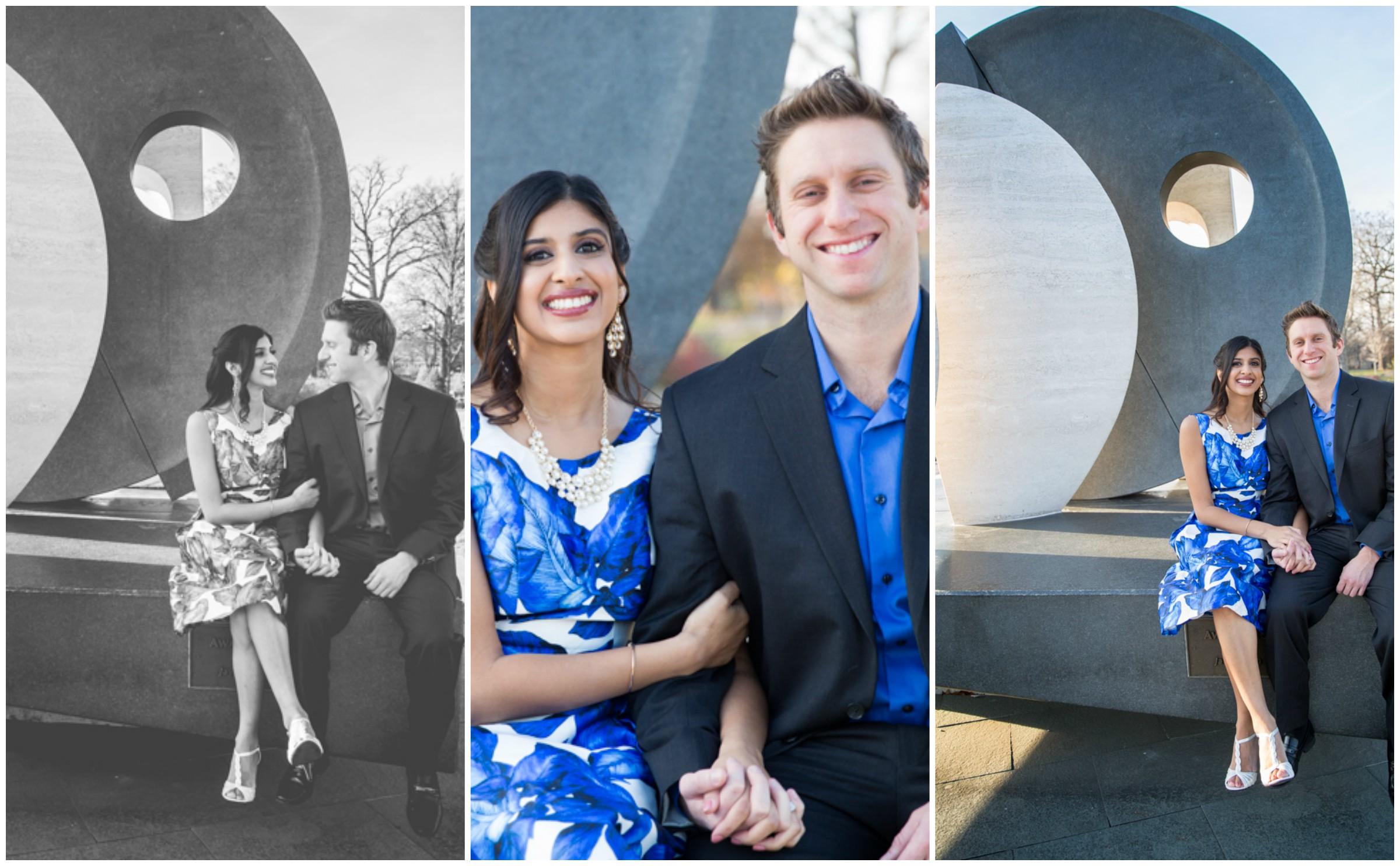 “About a month prior to the start of the course in Italy, the class met for the first time at a small Italian restaurant for dinner. It was a group of about 12 people, and at dinner everyone spoke about their MBA experience, their careers, and expectations of traveling to Milan, Italy. Little did Kamna and Ryan know that this would be the start to a beautiful relationship.

Over dinner, Kamna mentioned that she needed help in her finance/accounting class, which was Ryan’s expertise. This gave Ryan an opportunity to offer his help and obtain her phone number. Over the course of the weeks leading up to the trip, Ryan and Kamna texted back forth. Despite Ryan’s efforts of flirting, which she was completely oblivious to, Kamna rejected him for a date prior to traveling to Italy.”

“A month later, the two reunited in Florence, Italy, where they traveled to a few days prior to beginning of their course in Milan. While they were in Florence, Kamna and Ryan explored the city, enjoyed the food, and basked in city’s history. Everything was going perfectly, until Kamna decided to take pictures of the cathedrals and buildings while the rest of the group kept marching forward. This was a pivotal moment for the two of them. Ryan decided to stay with Kamna to make sure she would be able to find the group again, but the two were separated from the rest of their peers. After searching for the group for what seemed like an eternity, they decided to continue exploring Florence on their own. The two of them walked around the city and ended their night at an Italian restaurant which they would from then on refer to as their first date.” 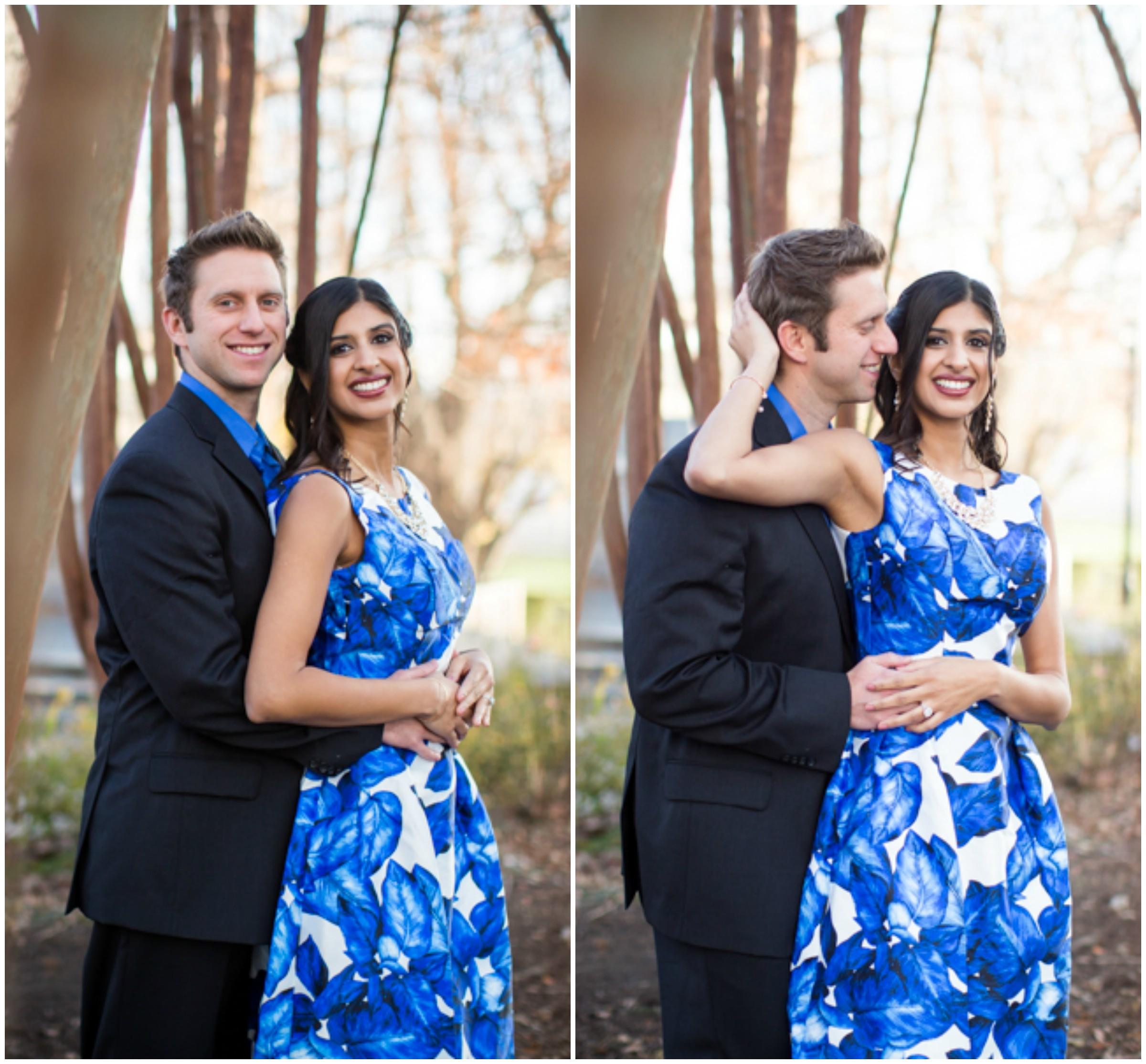 “After that night in Florence, Kamna and Ryan were inseparable. They traveled together to Rome and Switzerland, and continued their relationship back in the United States. Ryan and Kamna knew they were meant for each other from the start, and their status changed from “In a Relationship” to “Engaged” on November 20th, 2015.”

From the Bride-to-be: “Ryan is one of the kindest and most down-to-earth individuals I have ever met. He will go out of his way for those people he is closest to and cares deeply for his friends and family. He passes no judgement about others, respects everyone for who they are, and is not afraid to share his feelings with me. Ryan knows what I want before I even ask for it. He also knows how clumsy I am and will point out puddles, potholes, and stairs before I trip. What I love most about Ryan is that he kisses my forehead every night before we go to bed and tells me that he loves me.”

“Ryan knew I wanted a small and intimate proposal. We both left work early on November 20th, 2015 so we could beat traffic and make it down to Atlantic City for one of our closest friends’ birthday. Little did I know that it would be the day that would change our lives forever. I walked into Ryan’s apartment at about 3:00 PM on that day to find flowers put out for me in a water jug on his kitchen counter. I thought nothing of it, as these are fairly common gestures. I turned to my left and saw probably more than 20 or so vases full of beautiful, colorful flowers laid out all over his apartment and Ryan sitting down with his guitar in hand. I immediately thought of the field of flowers in one of my all-time favorite Indian movies, which Ryan had actually agreed to watch with me earlier in our relationship. Ryan played his guitar and sang 3 songs for me: The First Day of My Life by Bright Eyes, Wonderful Tonight by Eric Clapton, and All of Me by John Legend. After lots of tears and awkward laughter, Ryan got down on one knee and asked me to marry him, to which my response was, “You’re holding the ring upside down. Did you get the ring insured? This is so awkward.” It was the most perfect day ever, even though I never actually said yes!”

“Both of us agreed that the ideal location for our engagement photo shoot would be where we first met: Villanova University. Not only is the campus beautiful, but we knew that our photographer, Sachi Anand, would be able to capture us in our natural element there.”

“Our wedding planning experience has been phenomenal. I am actually the Events Director of an event planning company called Platinum Dream Events. The company is coordinating our wedding and has been nothing short of amazing with the whole planning process. Thanks to Platinum Dream Events, we are actually almost finished finding all of our vendors. We will be having a traditional Hindu Ceremony, but will also be exchanging vows. It is very important to us to blend both of our cultures and families.”