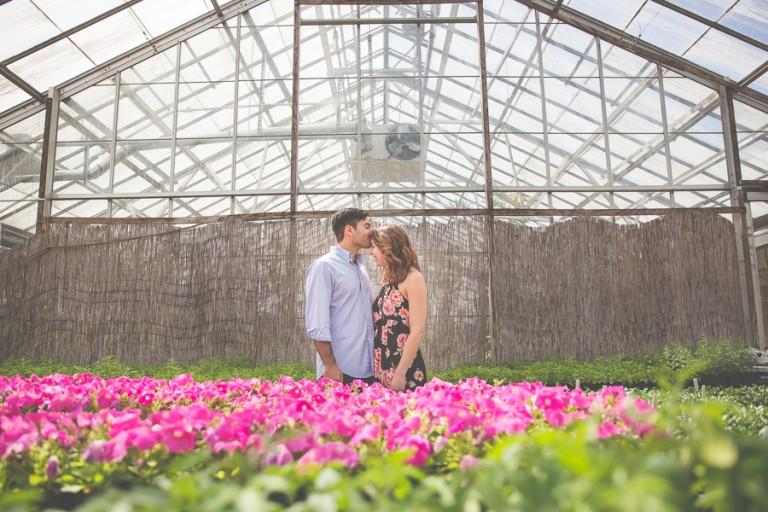 The Fairmount Park Horticulture Center serves a natural ambiance that totally sets the mood for authentic moments like these.  Rachel and Aviad’s presence is parallel to the cultivated greenery of the center, with Rachel’s comparable dress and Aviad’s pure heartfelt emotion.  Philter Photography freely photographed this couples love with her genuine creative artistry.  This Philadelphia engagement session is brimming with raw emotion filled photographs and a love story that will make your heart flutter.  We totally admire this engagement session virtually as much as this couple admires each other! 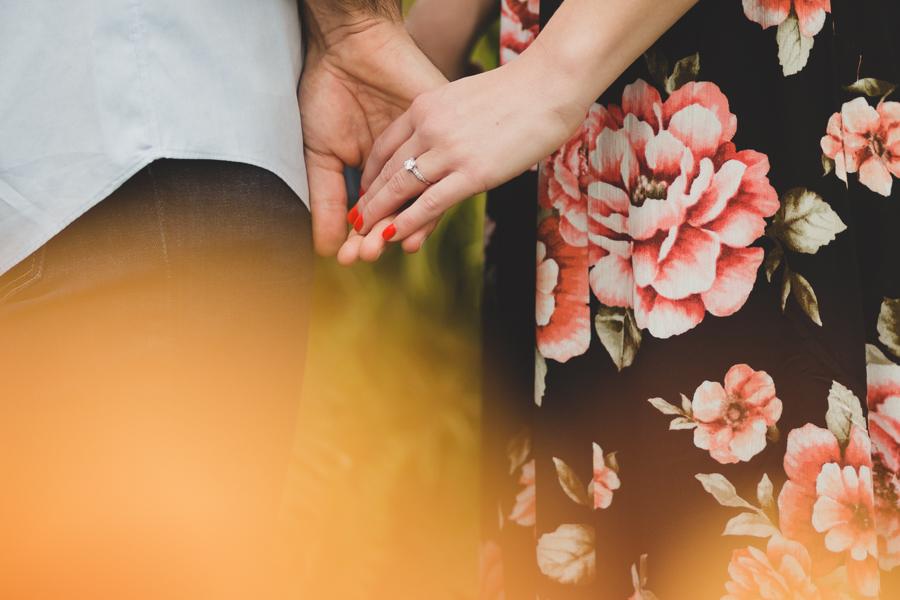 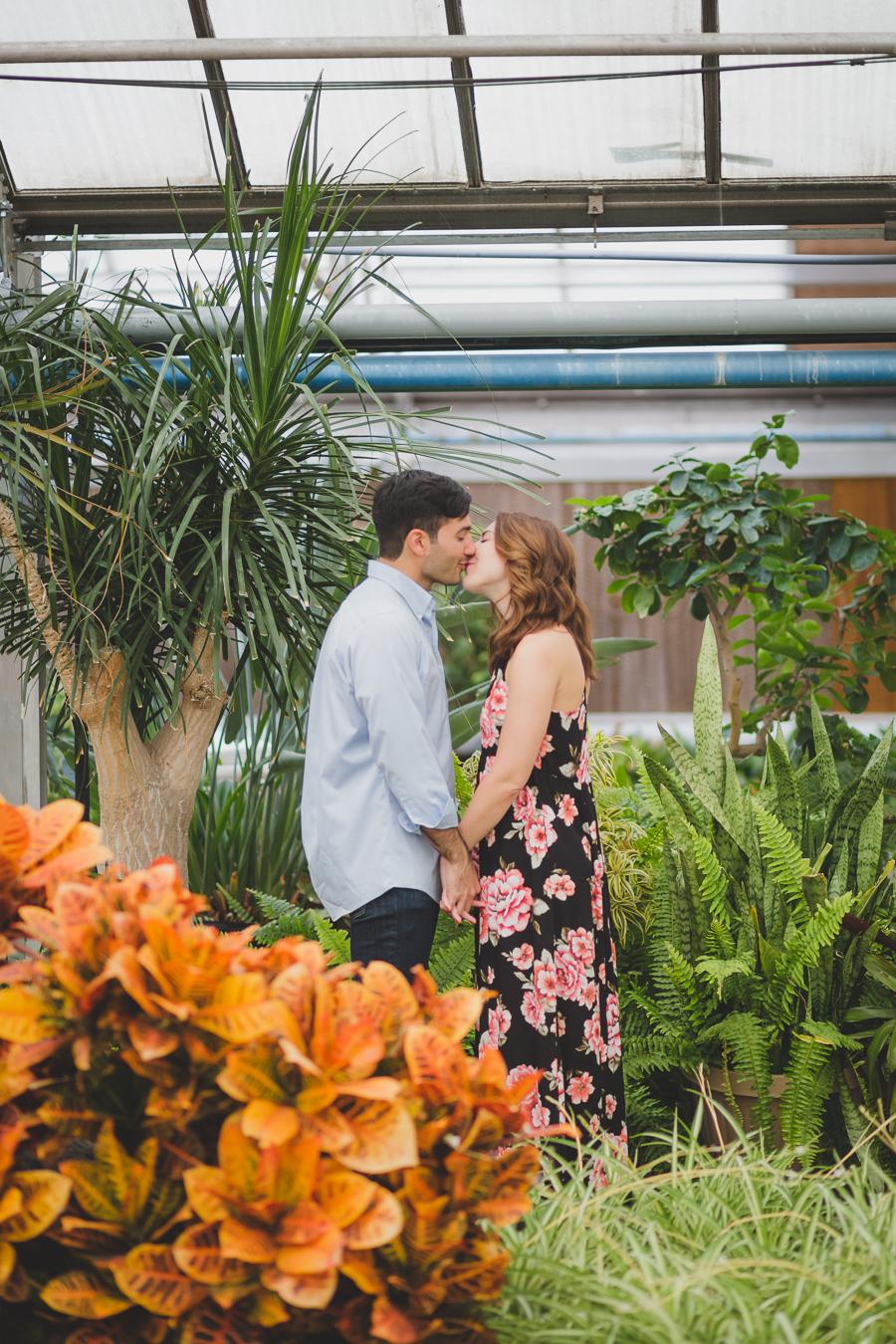 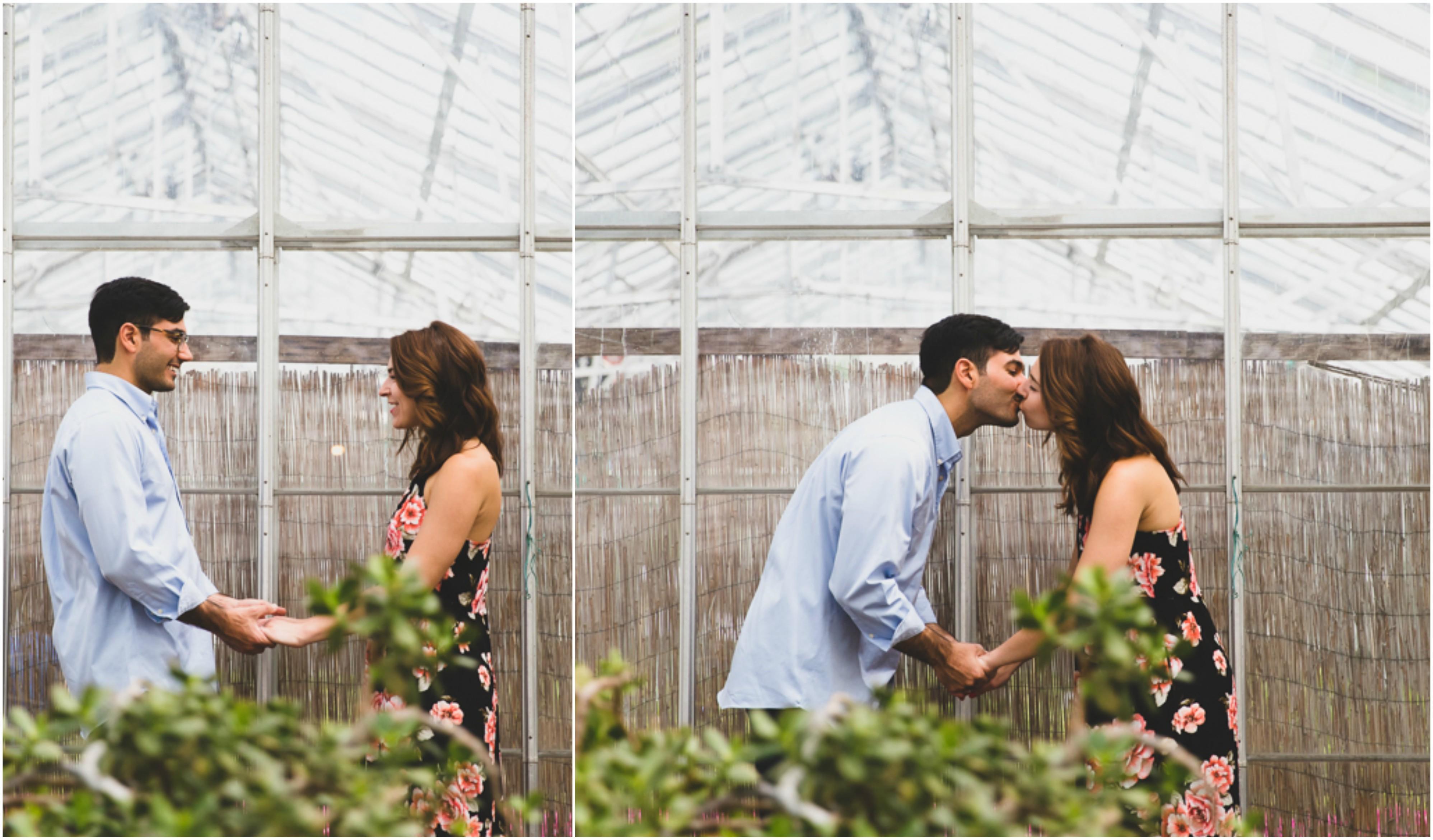 From the Bride-to-be: “Aviad and I met exactly three years ago through a mutual friend – she was one of my best friends from college and a childhood friend of Aviad’s. After some witty Facebook messages back and forth, we had a romantic first date at El Vez and over guac and tequila, we instantly hit it off. We began spending as much time together as possible, but Aviad had plans to travel cross country for the summer.  We both thought we might just part ways. Instead we ended up talking almost every day once Aviad left. In the middle of Aviad’s travels, I met him in Denver to spend a couple of days together in the beautiful Rocky Mountains. The rest was history!” 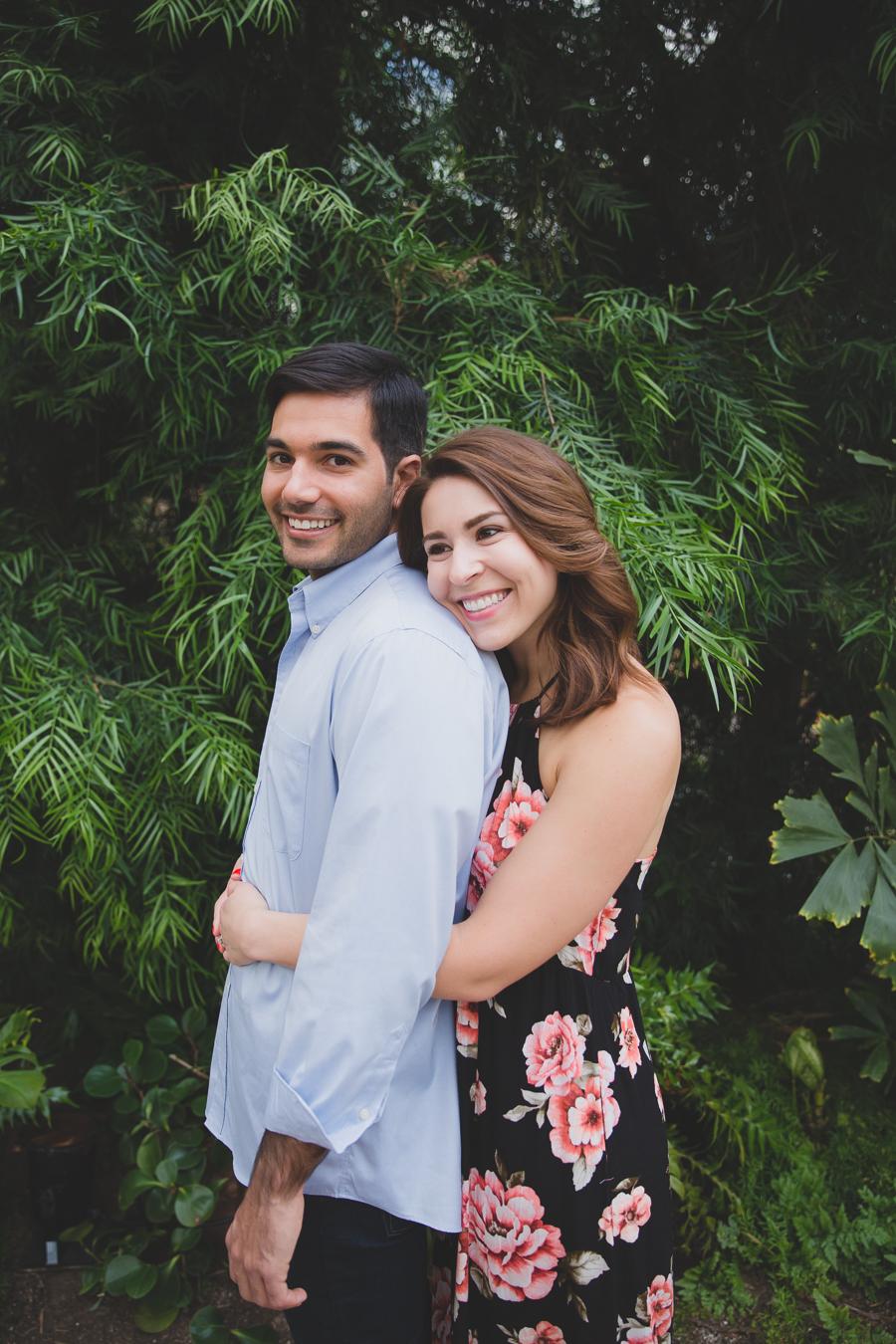 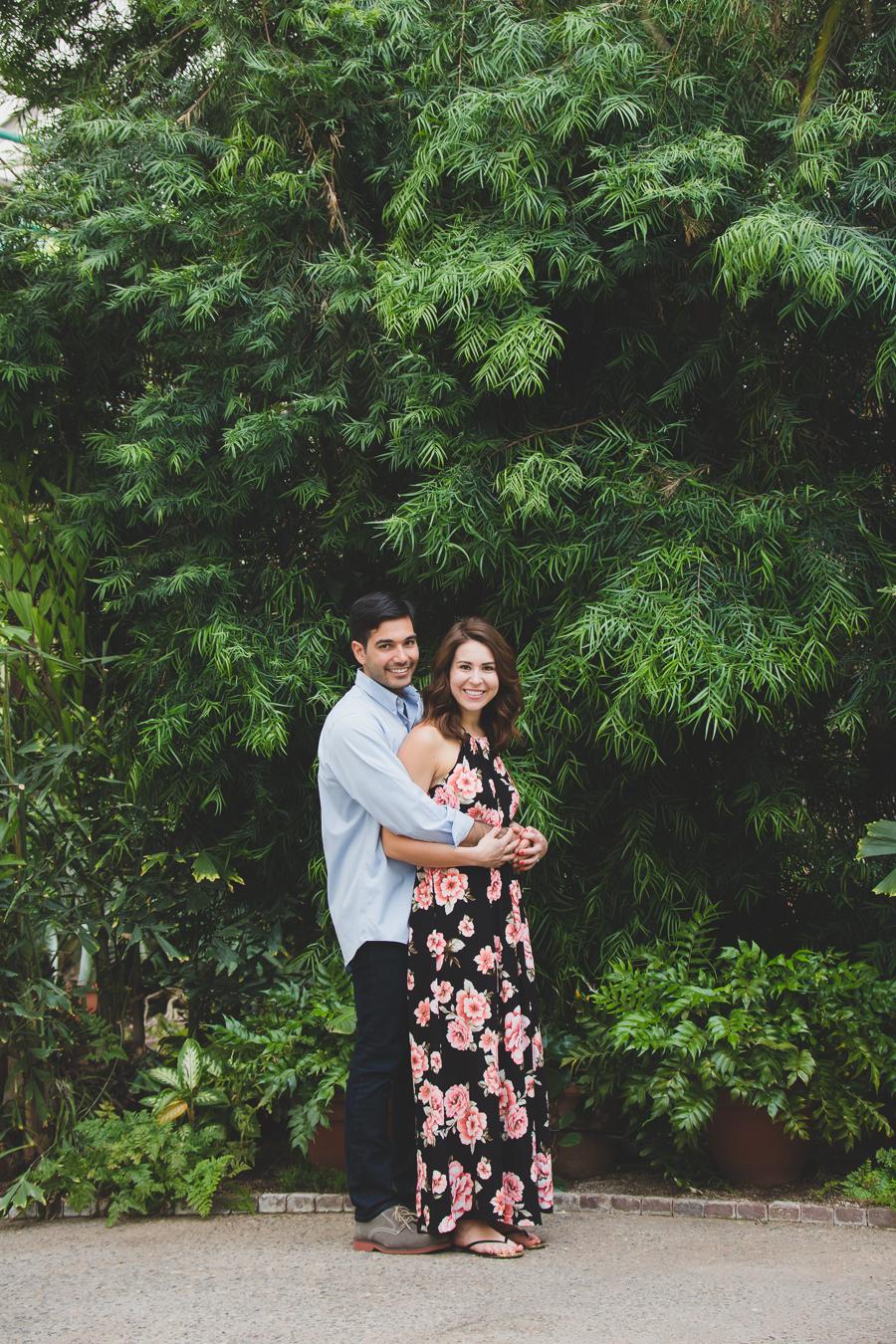 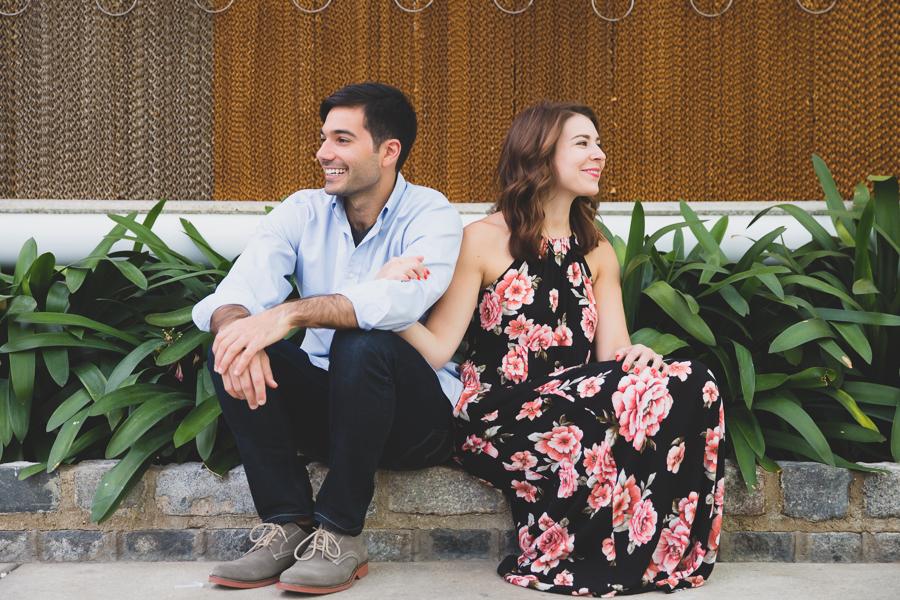 “Aviad is one of the kindest and most genuine people I have ever met. He cares very deeply about the people in his life and will do anything to support and be there for them. He is also incredibly optimistic and calm even in tough situations – which is a great balance to myself as I can, at times, get overwhelmed and stressed out.  I also love his sense of adventure and openness to different experiences. He is happy to do almost anything with me – except shop.  I can’t get him to like that no matter how much I keep trying!” 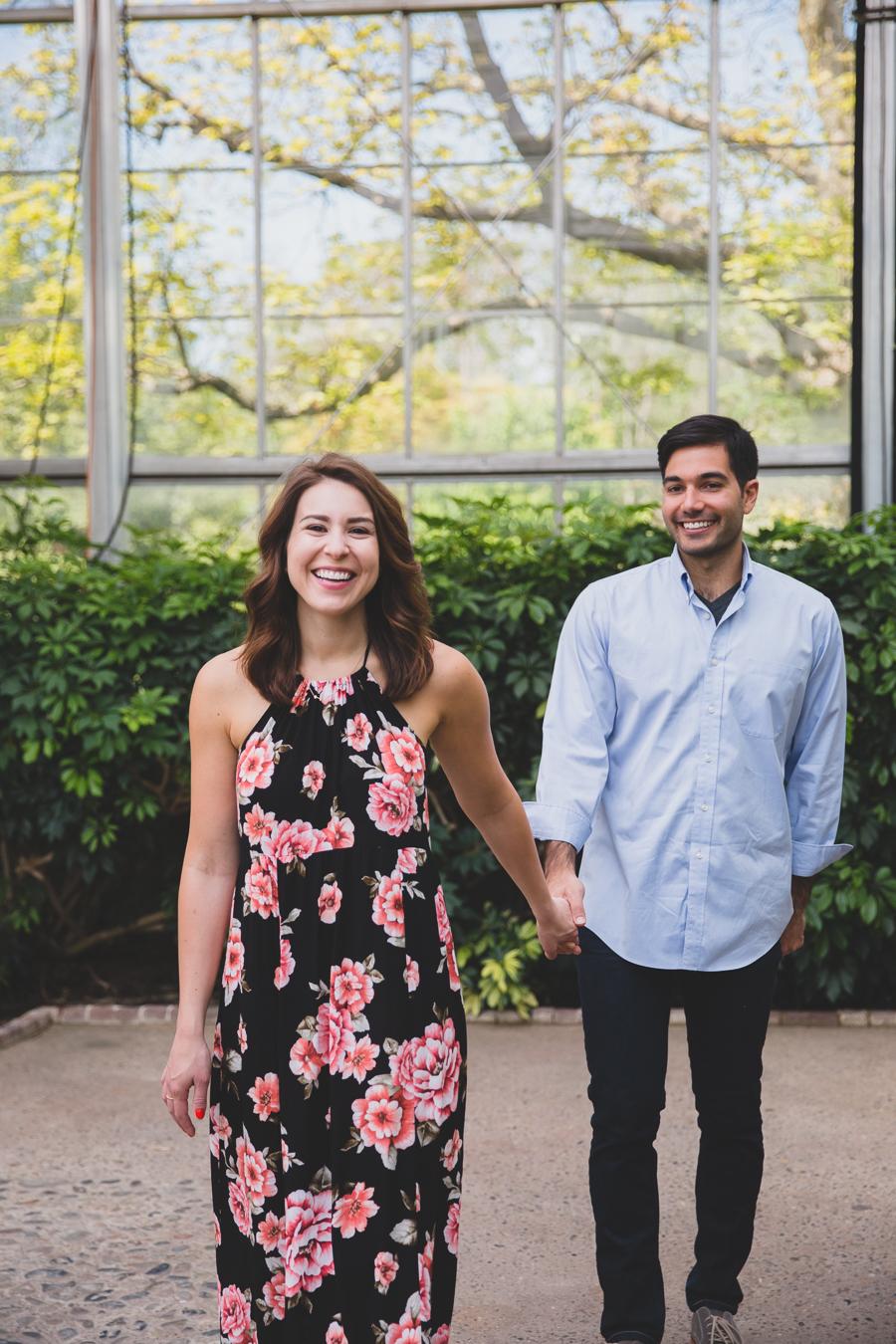 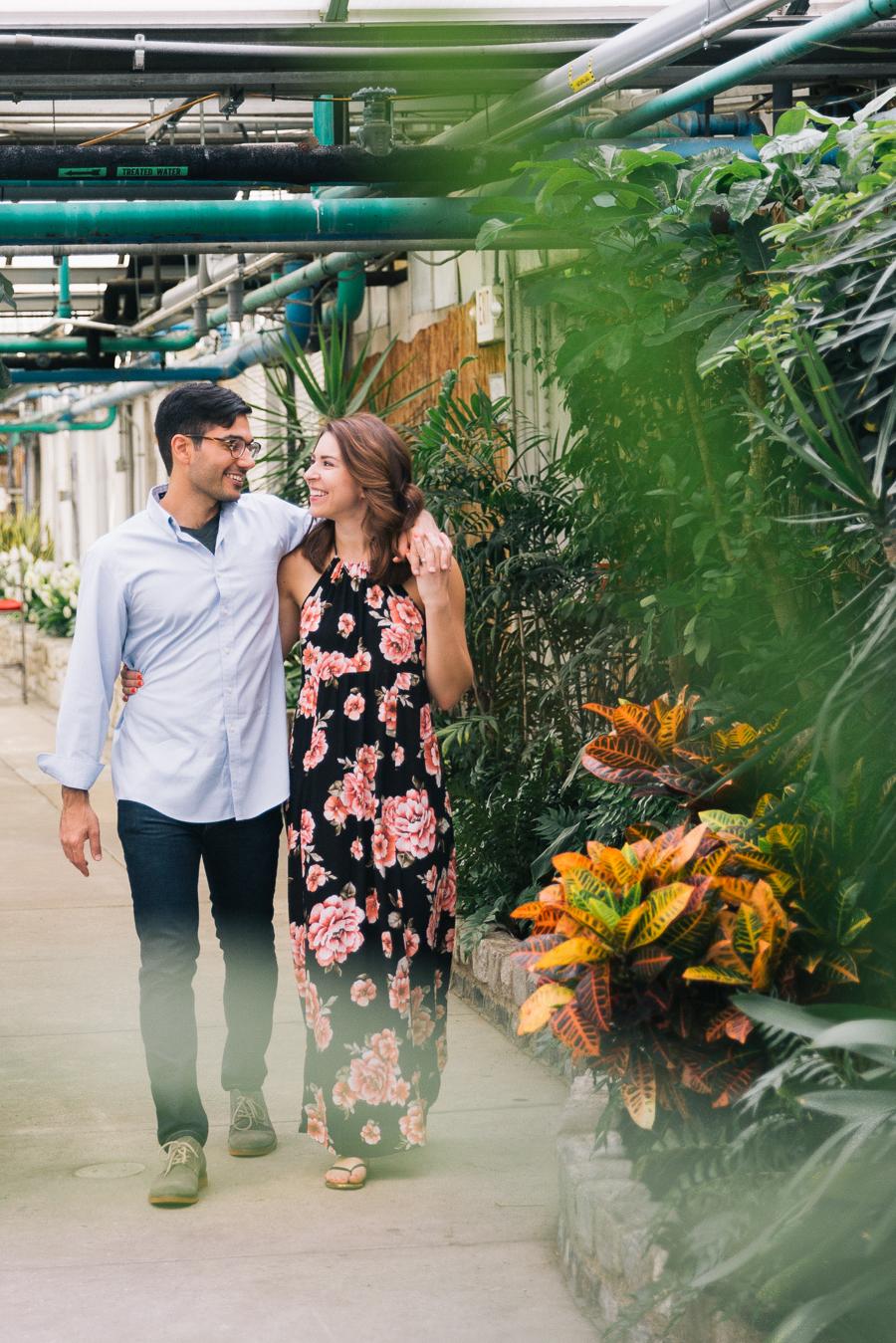 “Aviad had a whole special night planned that was supposed to begin with a proposal in front of the Logan Square Fountain and end with a picnic and champagne at an outdoor show at Independence Mall.  The weather ended up being horrible that day – rainy and cold – and the show was cancelled so Aviad had to think of a back up plan. We had spent the day on the sofa watching Netflix and the last thing I wanted to do was go outside.  Aviad kept trying to convince me to get frozen yogurt with him at our favorite place on Callowhill and I kept saying it was too cold outside.  Finally, after a lot of convincing I agreed.  On the walk down he said he wanted to go on a detour and capture some photos of City Hall and Logan Square Fountain. Once we got there, he set up a GoPro and came over to me and played a beautiful video he had made on his phone and then asked me to marry him.  The best part was that it was all captured on the GoPro!” 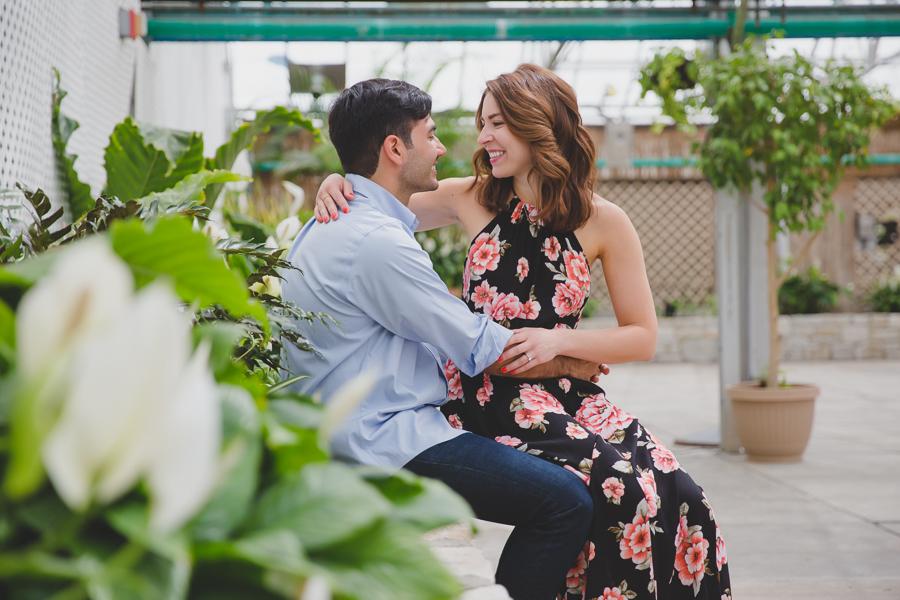 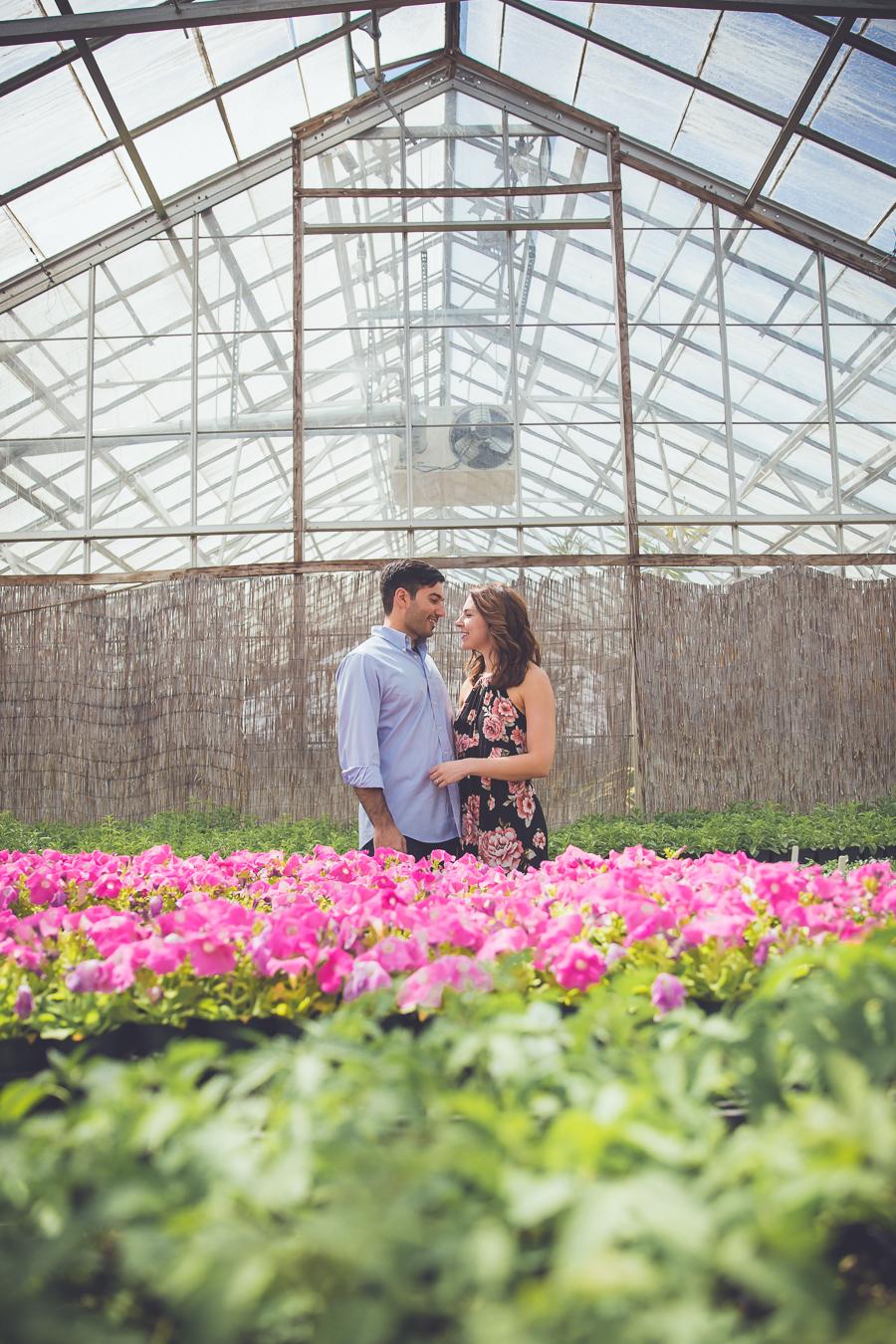 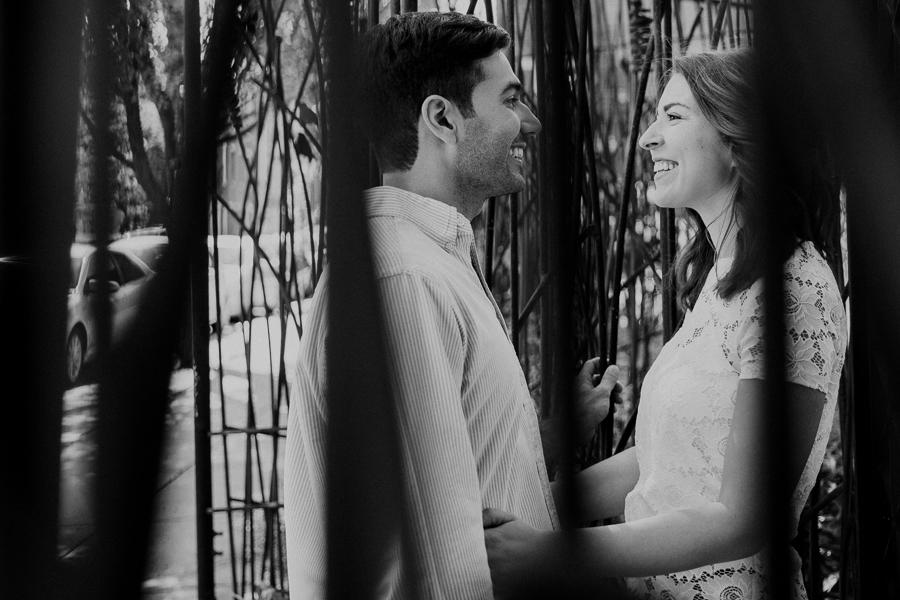 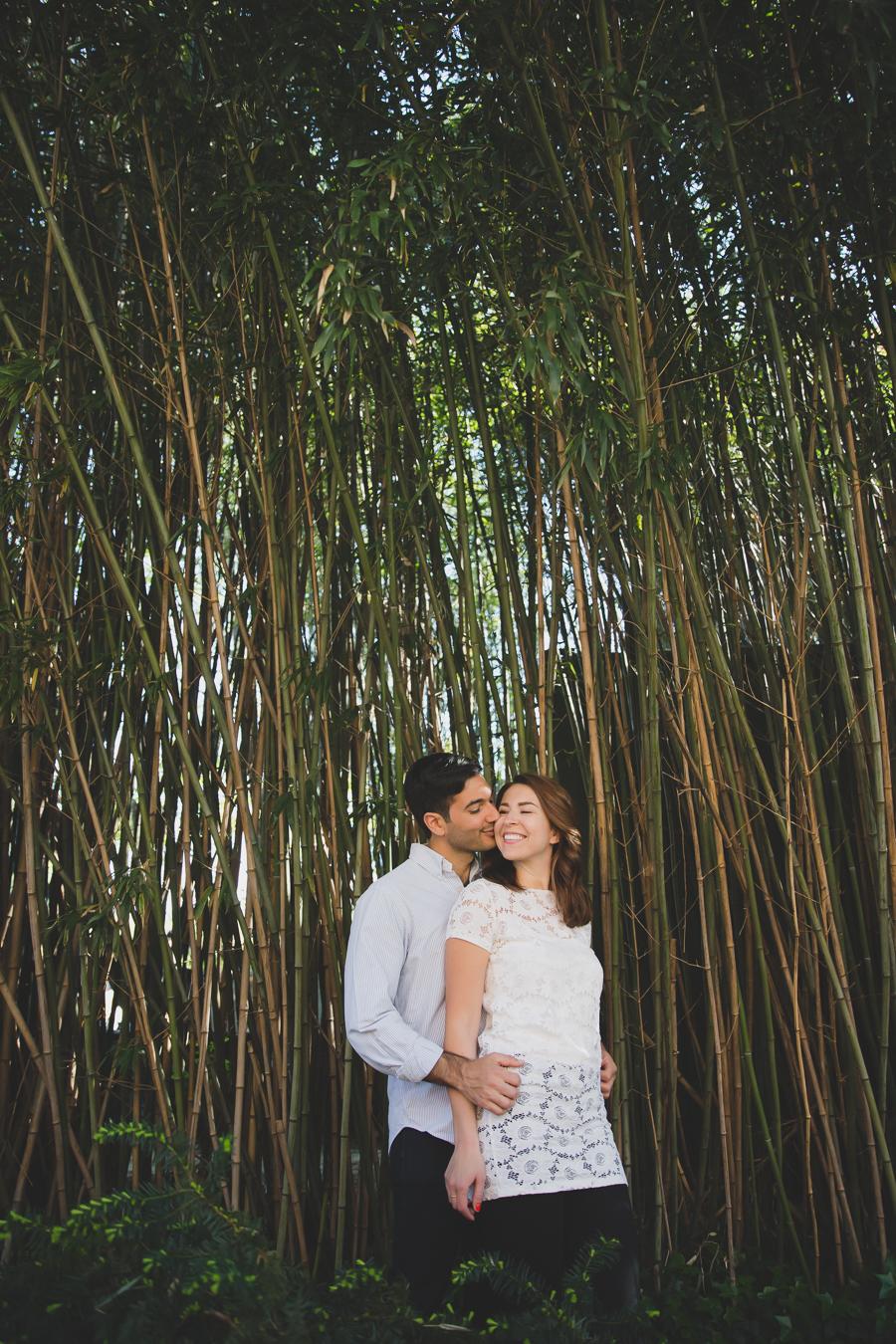 “I really wanted photos that had a romantic, rustic and ethereal feel to them, while also capturing some very candid moments between Aviad and I.  We knew we wanted to have our engagement photos taken in Fairmount, which is where we first moved in together and still live.  It’s our favorite neighborhood in Philly with so many places to capture gorgeous photos – beautiful homes, tree-lined streets and a touch of urban character.” 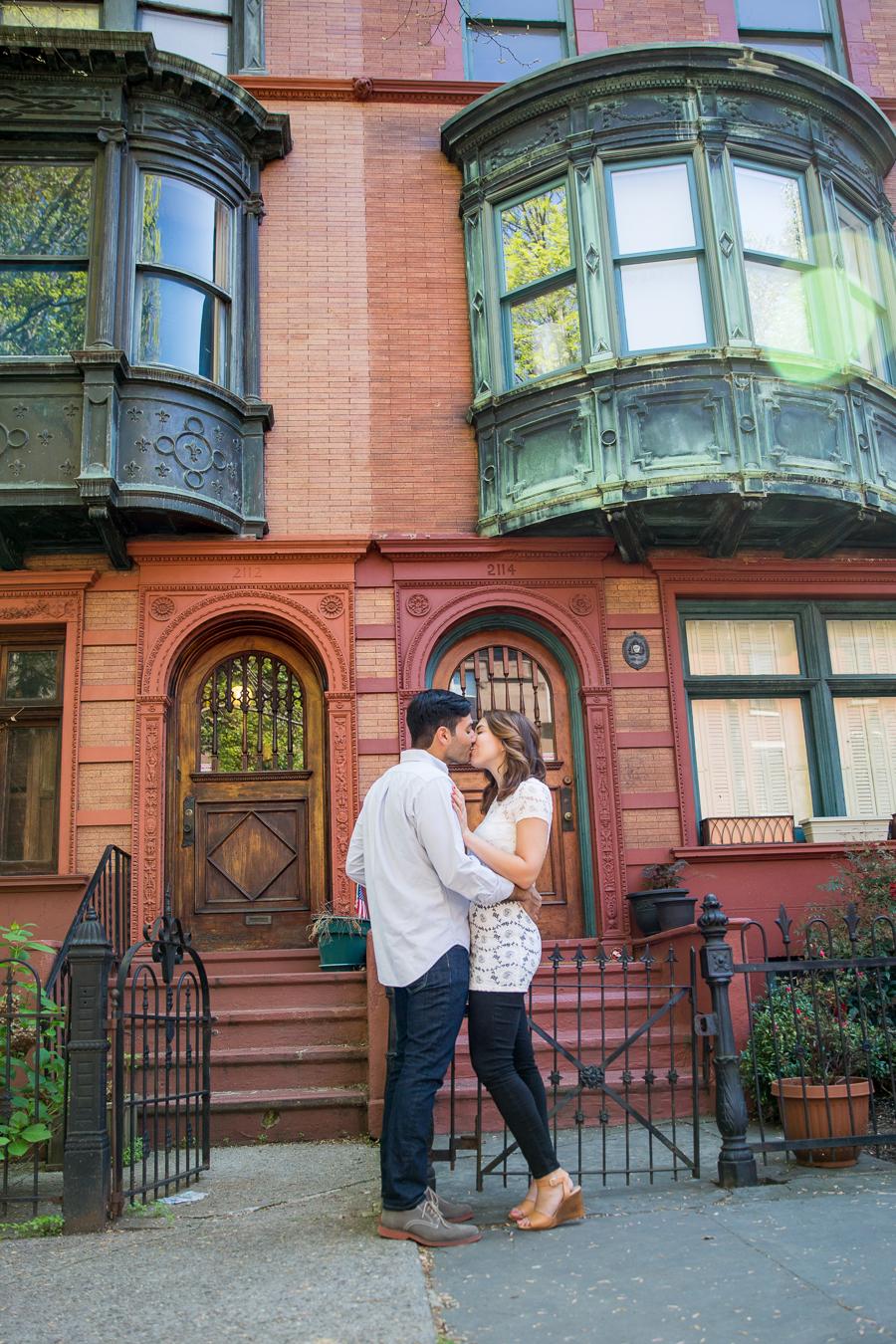 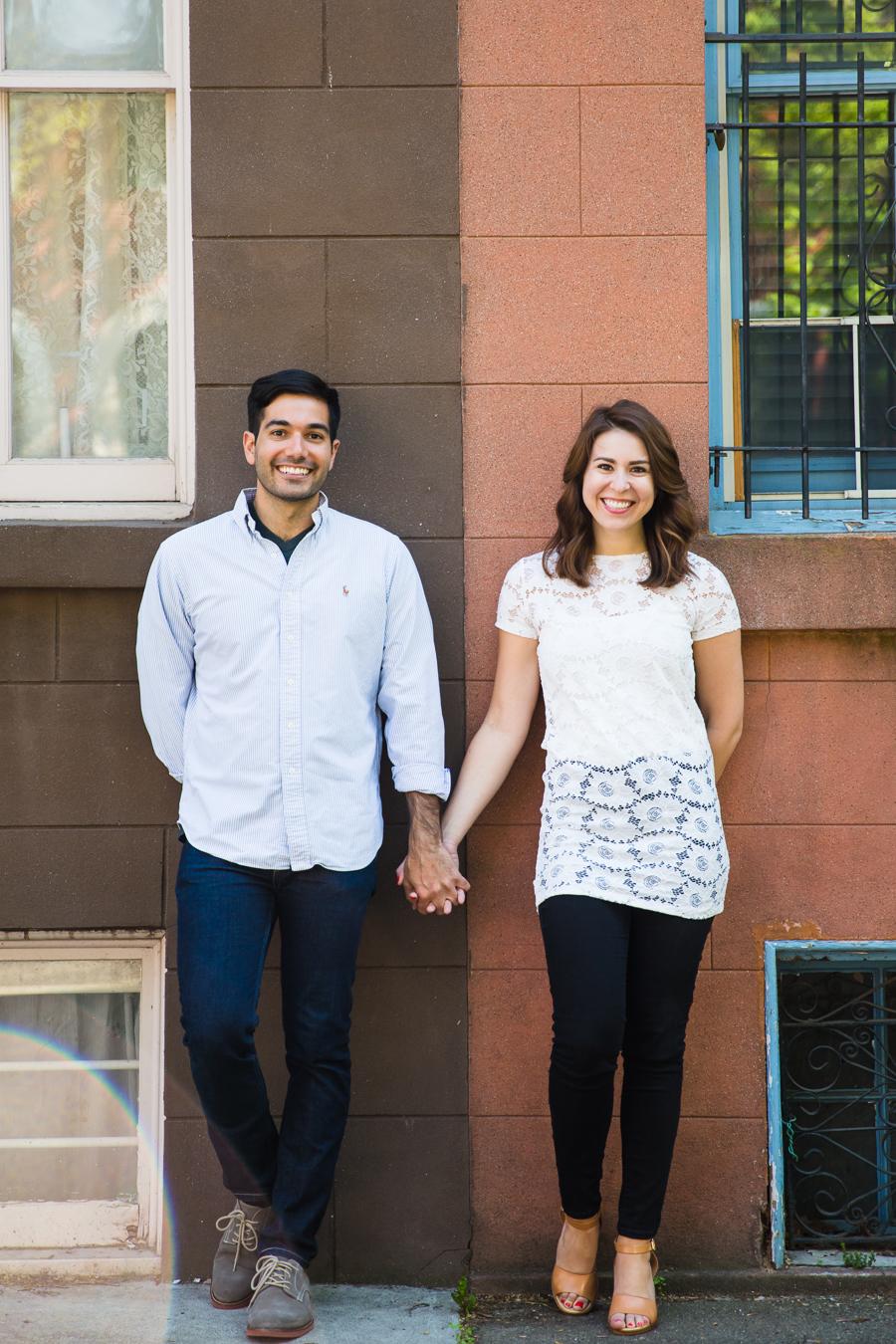 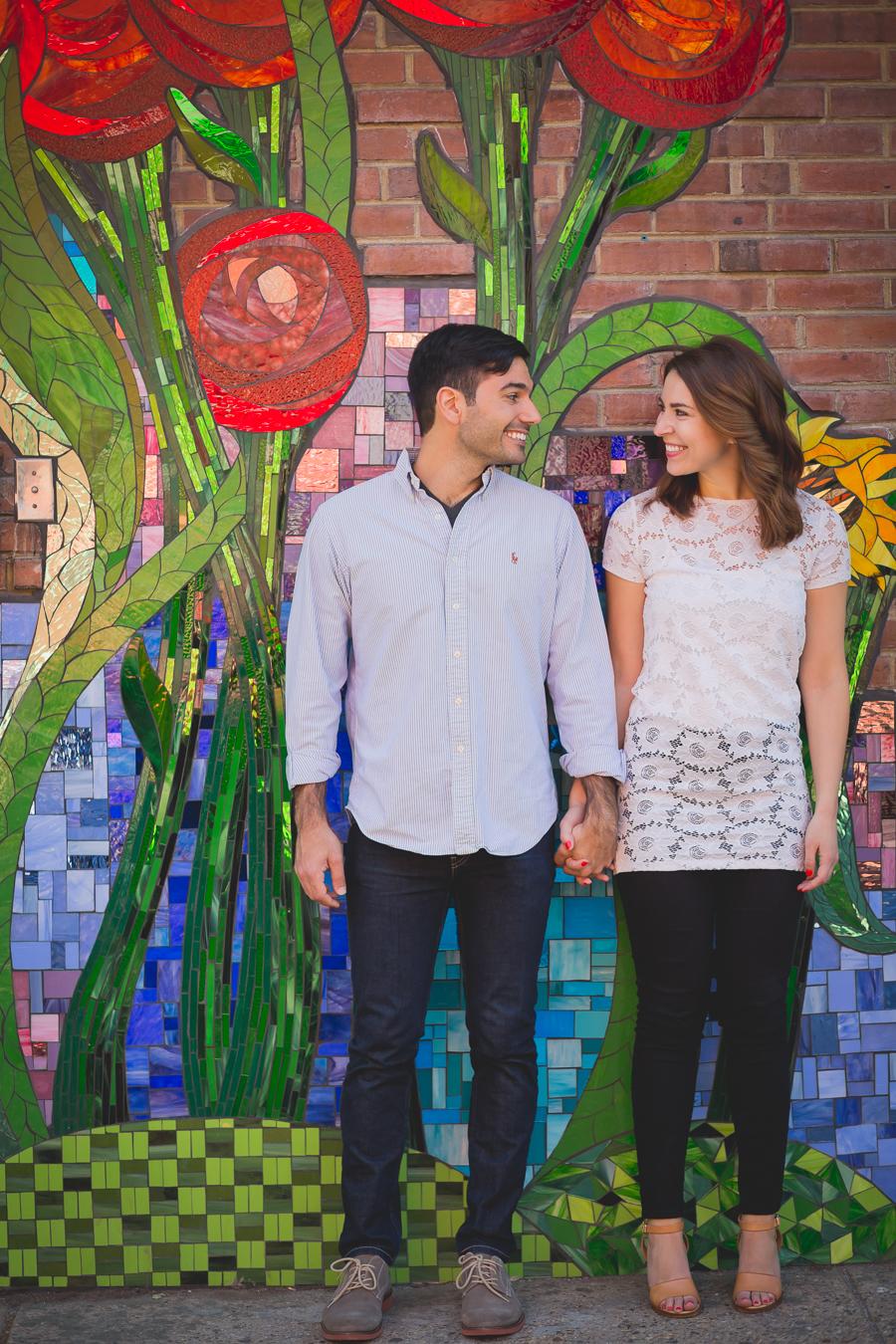 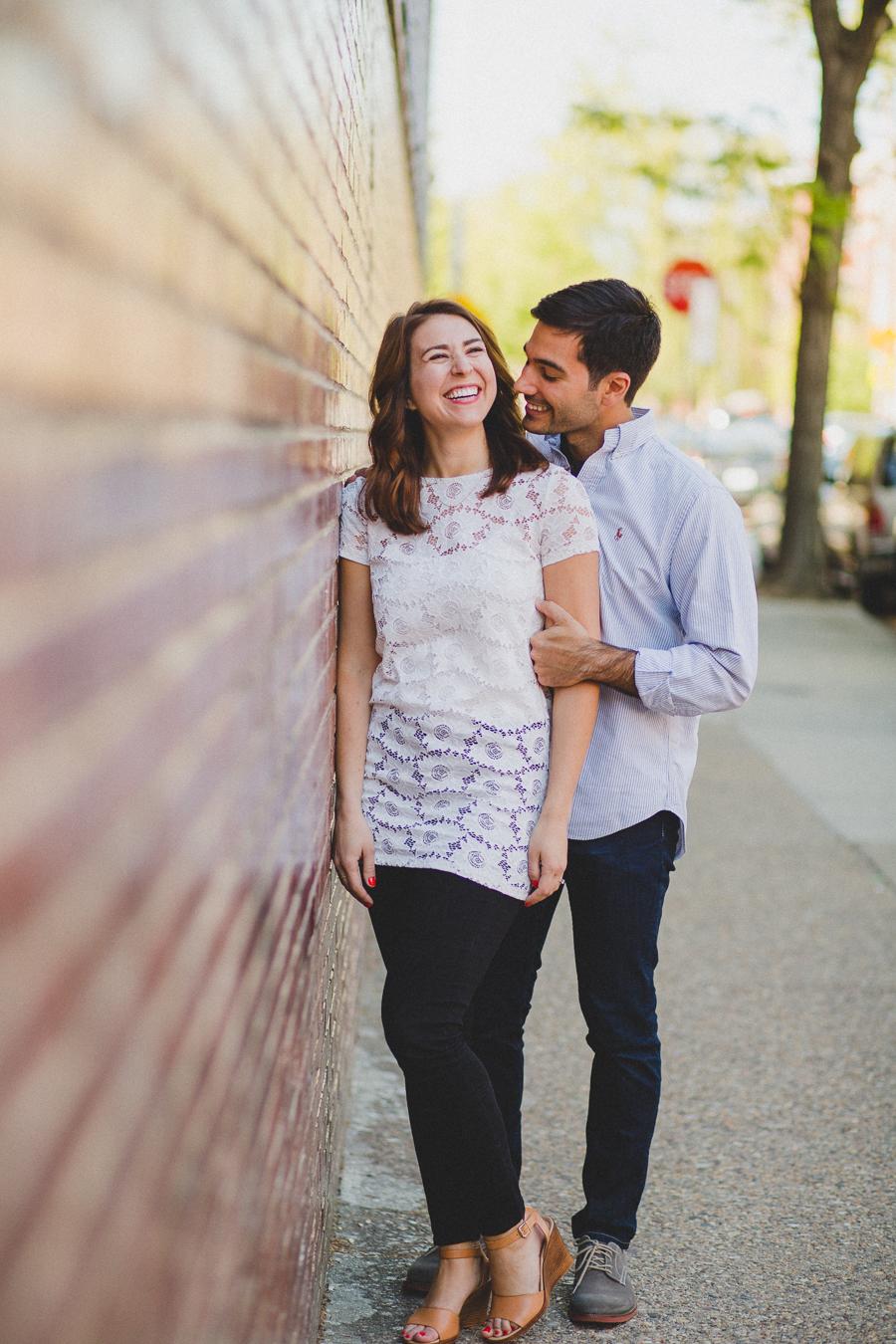 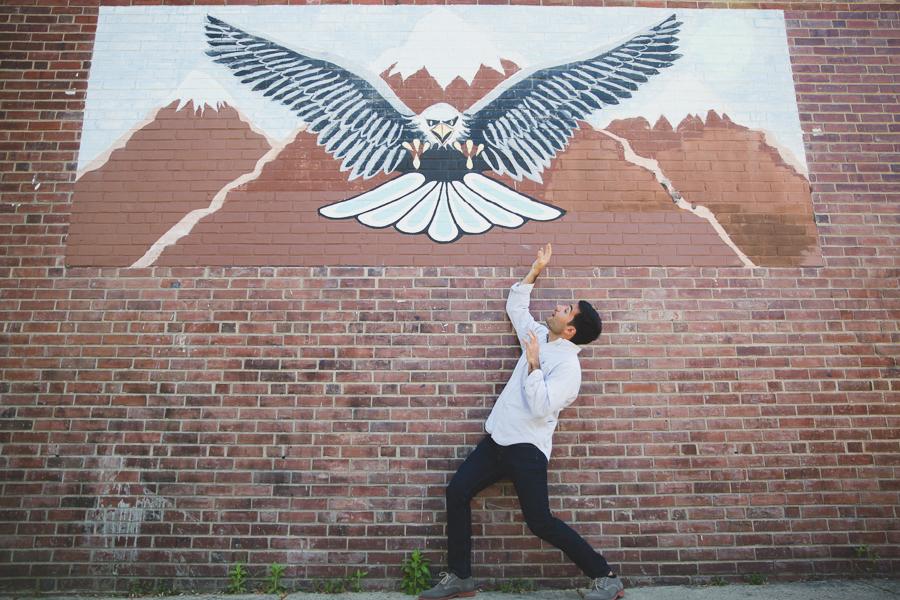 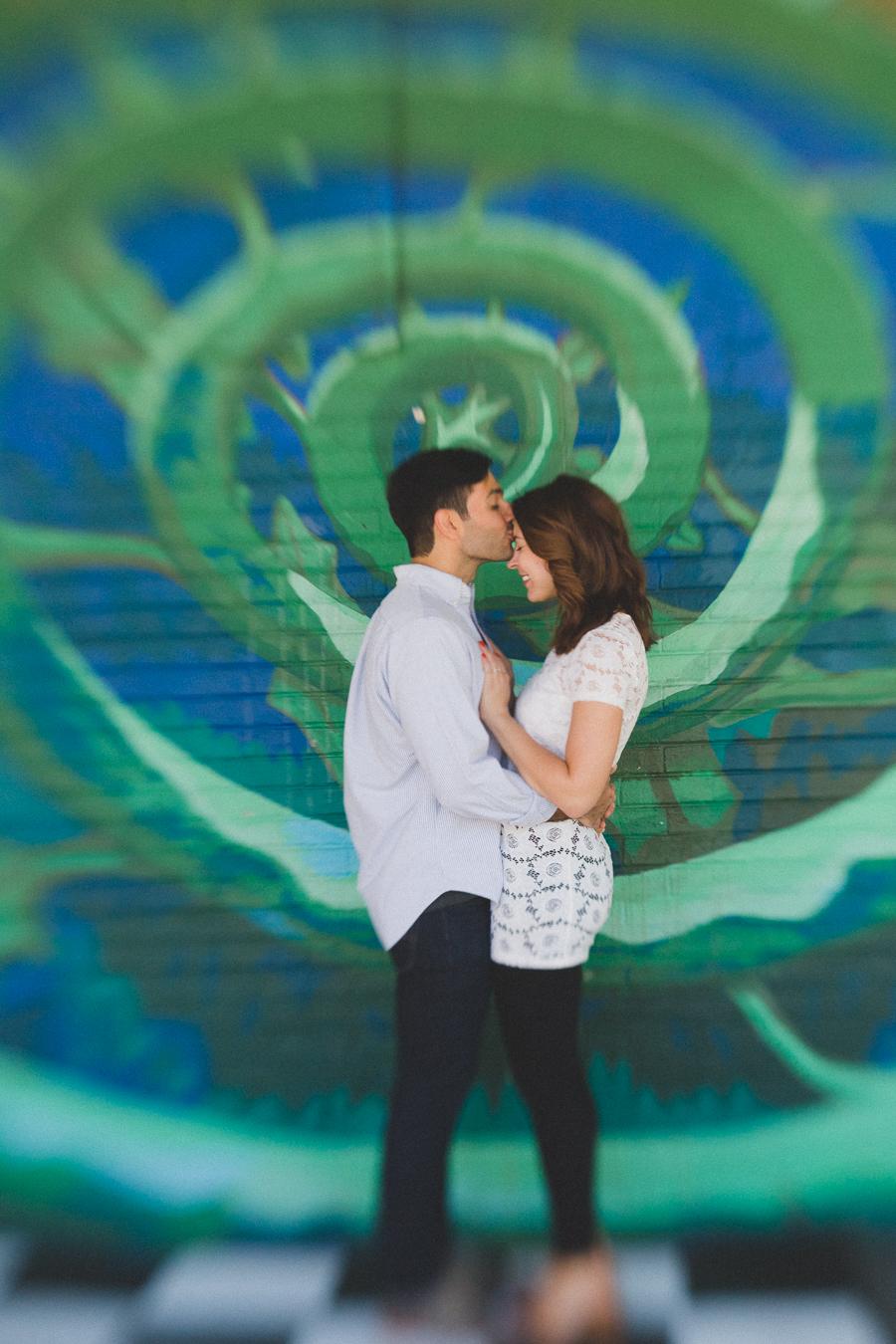 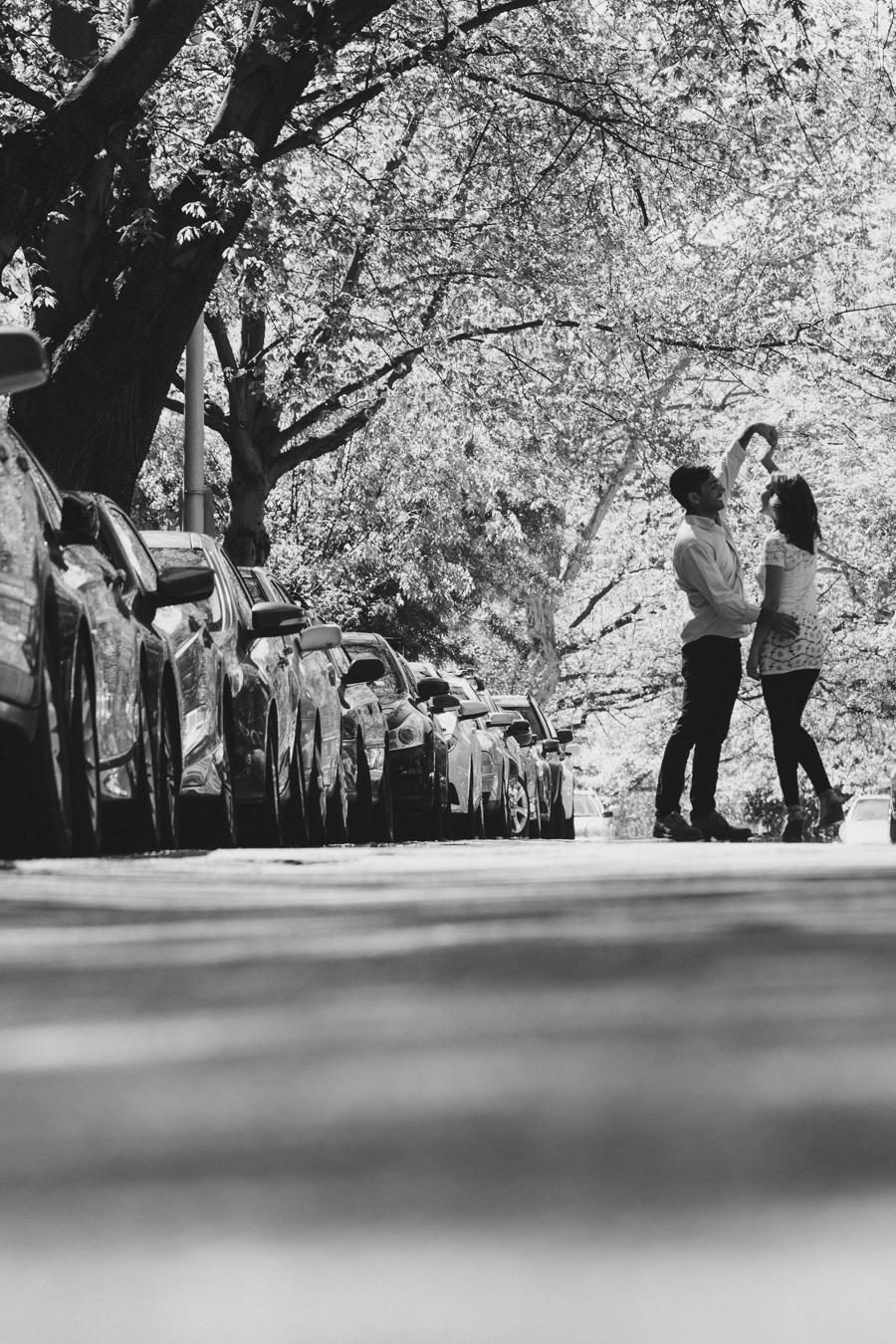 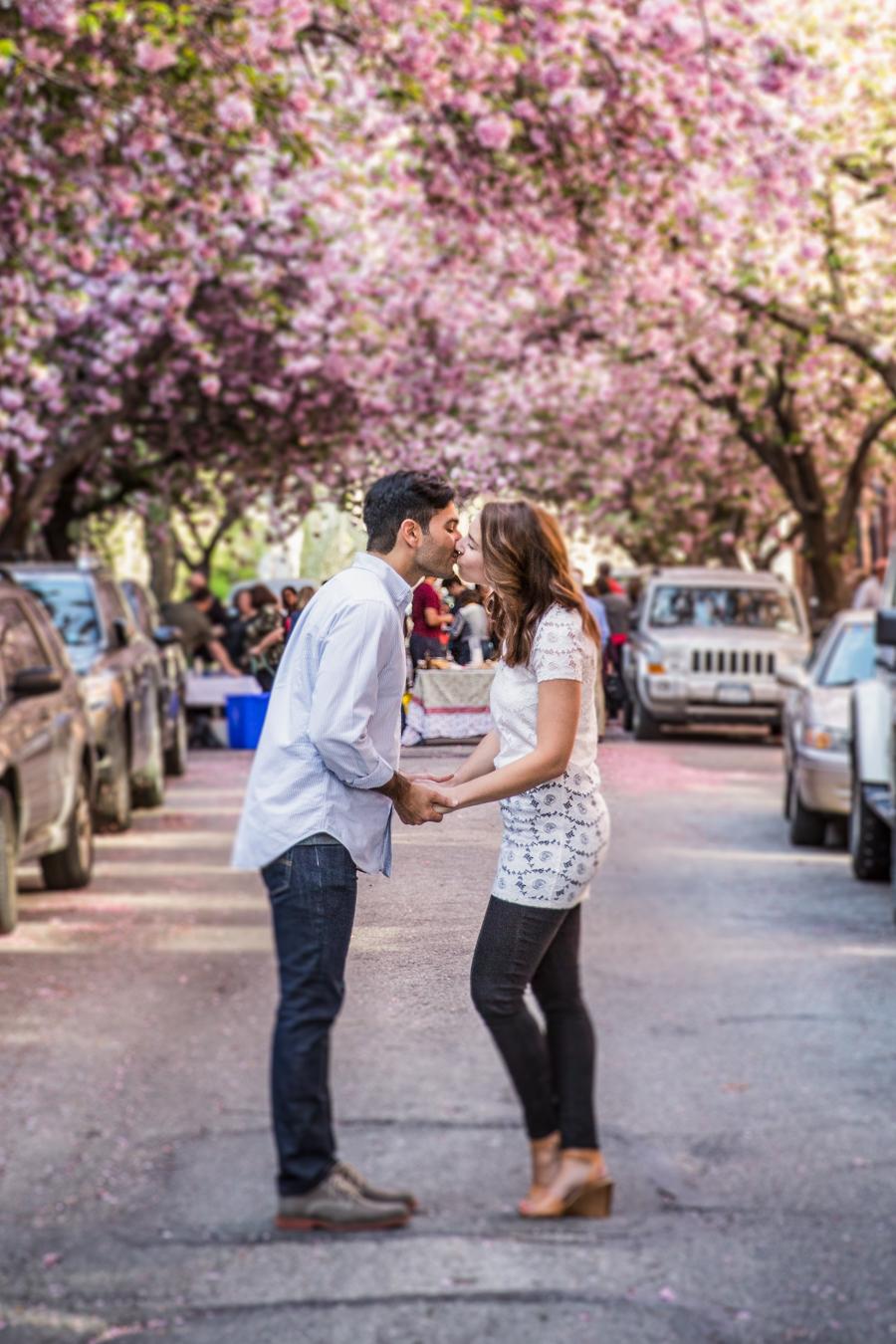 “We are getting married on August 21 so we are almost to the 3 month countdown.  The experience has been overwhelming at times, but we are really happy with the decisions we have made and can’t wait to bring together all of our friends and family to celebrate.” 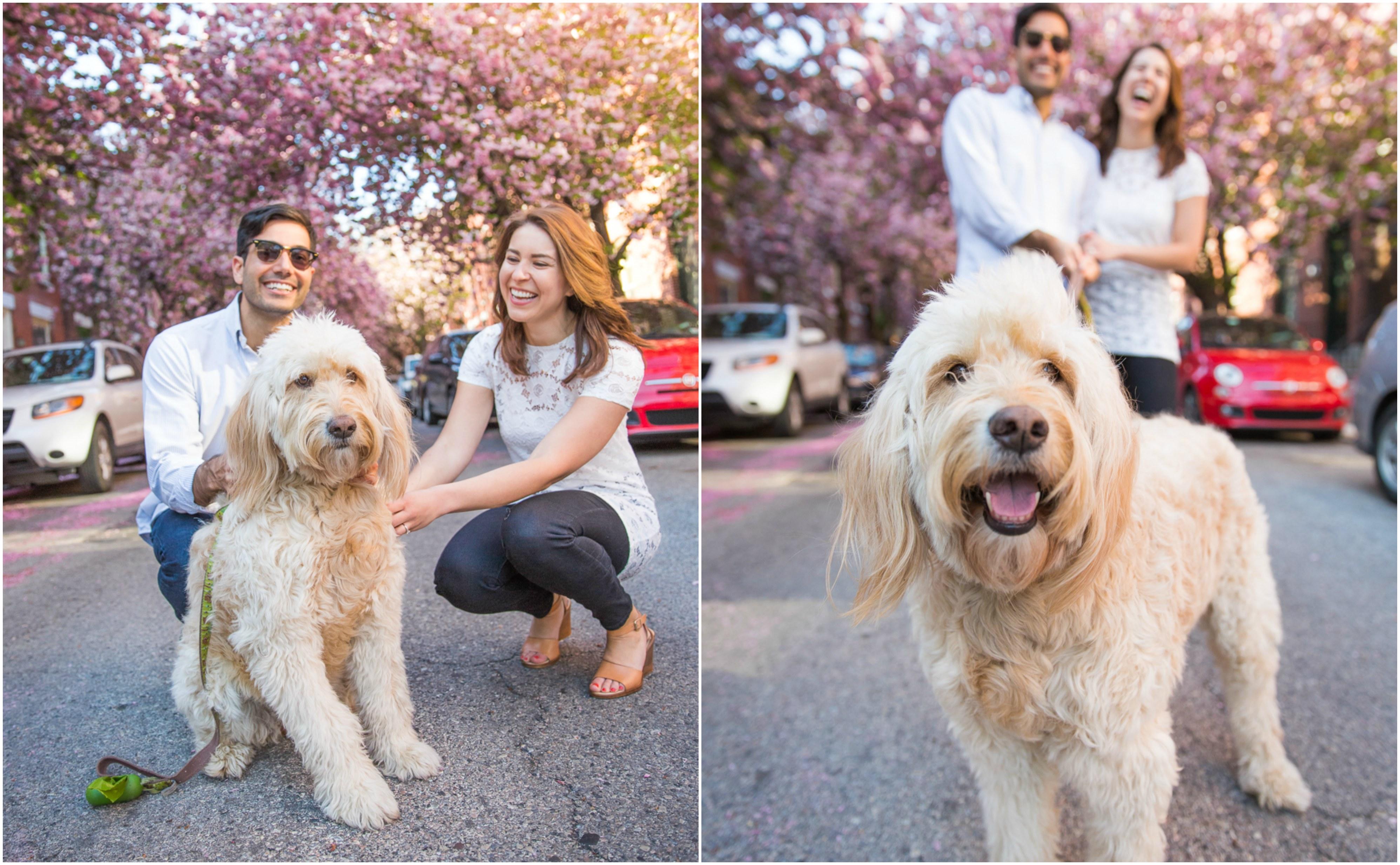 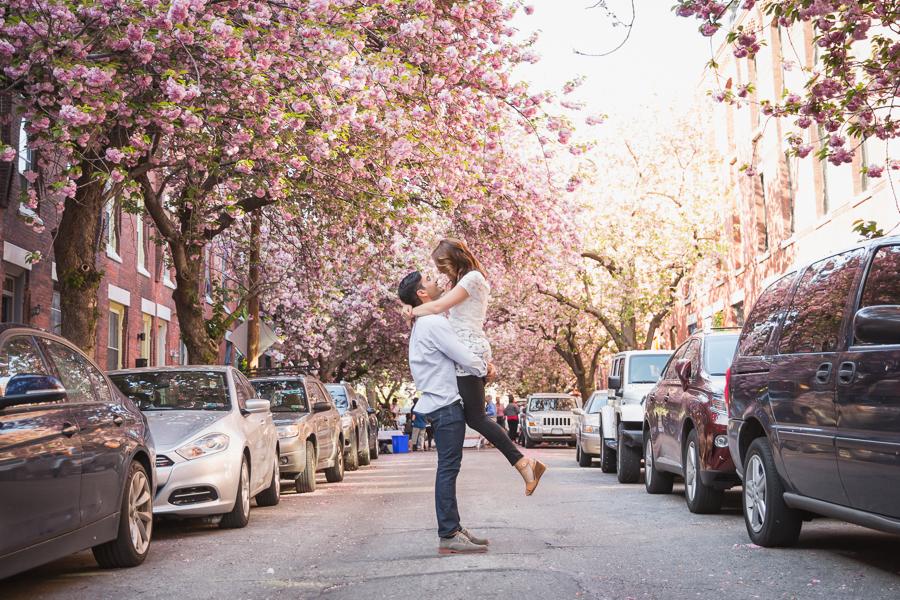 From the Photographer: “You know the saying “happiness looks good on you”?  Well no truer words could be spoken about Rachel and Aviad.  I met these two now residents of Philadelphia on a cold winter day in Harrisburg (Aviad’s hometown, happens to be mine as well!) in a little coffee shop and we chatted all things wedding and for the immediate future, their engagement session.  It was hard to picture frolicking around the city and exploring greenhouses when there was wet snow on the ground, but the moment Rachel brought up possibly using the Fairmount Park Horticulture Center as one of our locations, I was like a cartoon character with giant hearts shooting out of my eyes.  The countdown was on!

Finally April came the day couldn’t be more perfect.  Our time together started at the Horticulture Center and Rachel came totally prepared looking radiant in a floral maxi giving the images a perfect polished look.  Aviad with his God given good looks came prepared as well by not allowing his eyes to fall from his gorgeous Bride-to-be.  The next hour was effortless on my end as their love and laughter carried the weight of my work.

With murals and beautiful city blocks in mind, next we headed to Rachel and Aviad’s neighborhood just a few miles away.  It’s here where I had the most fun, capturing everyday Philadelphia and all the beauty that resides in it.

If these two love birds wear their happiness with such a glow now, I can’t even imagine what their wedding day will be like.  I can’t wait to find out!”