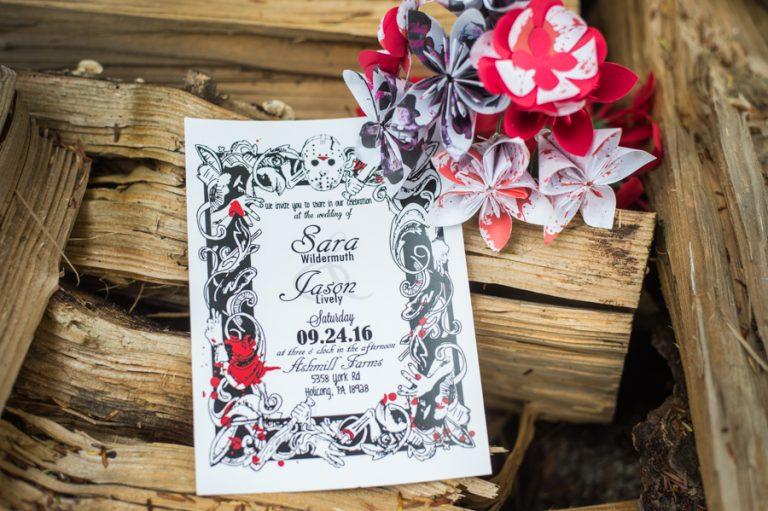 Sara and Jason personalized their love with a very unique engagement session, and their Disney + Horror themed wedding is a true semblance of their charming connection.  This phenomenal day at Ash Mill Farm included perfect elements of scary movies and storybook loveliness all into one stellar wedding.  Bee Dee Blue Photography captured both of their amazingly romantic events, and the storytelling visuals below are chilling yet sweet.  From beginning to end, this vibrant wedding is definitely one-of-a-kind, and this amazing day perfectly captures the liveliness of Sara and Jason! 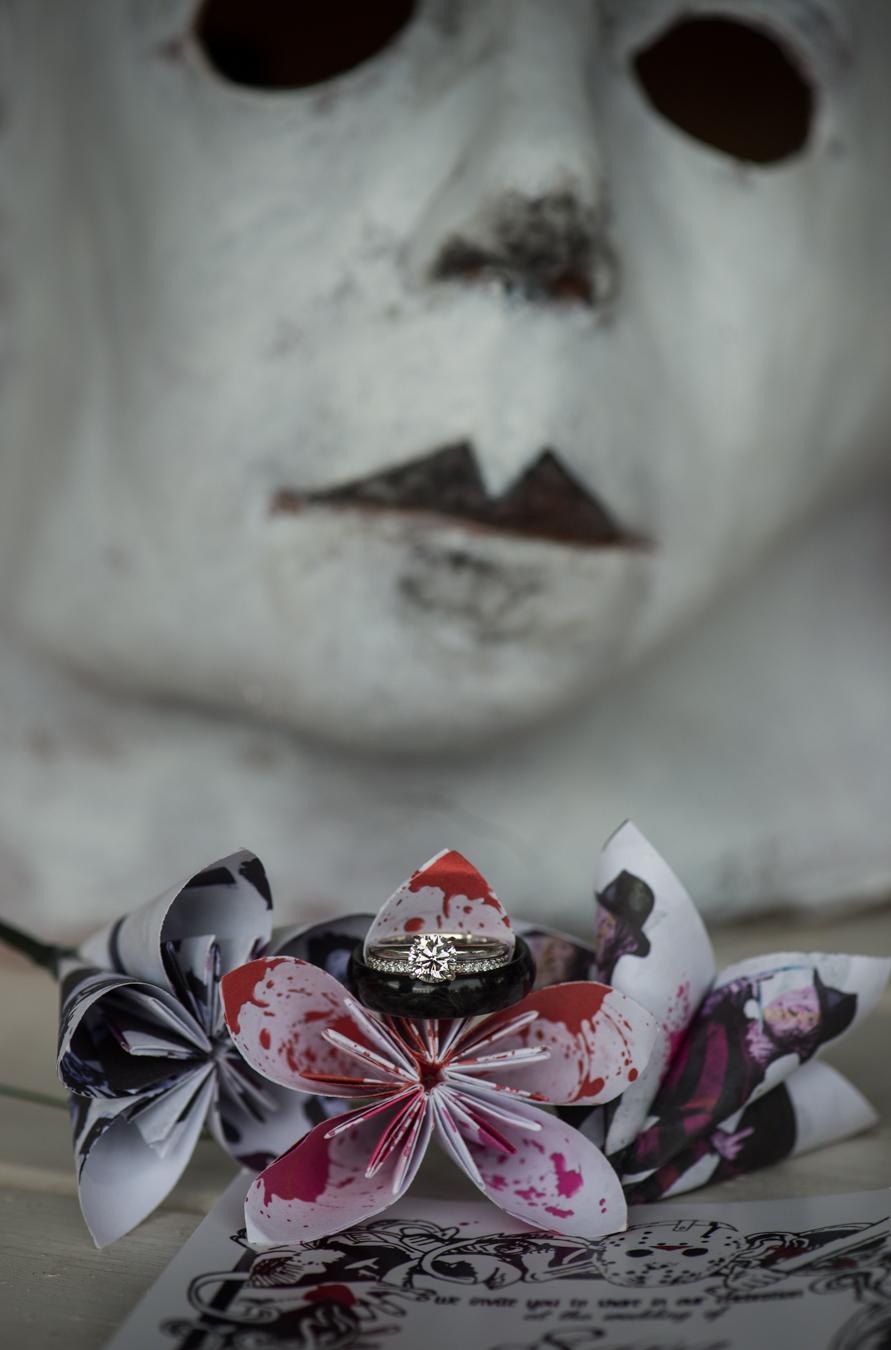 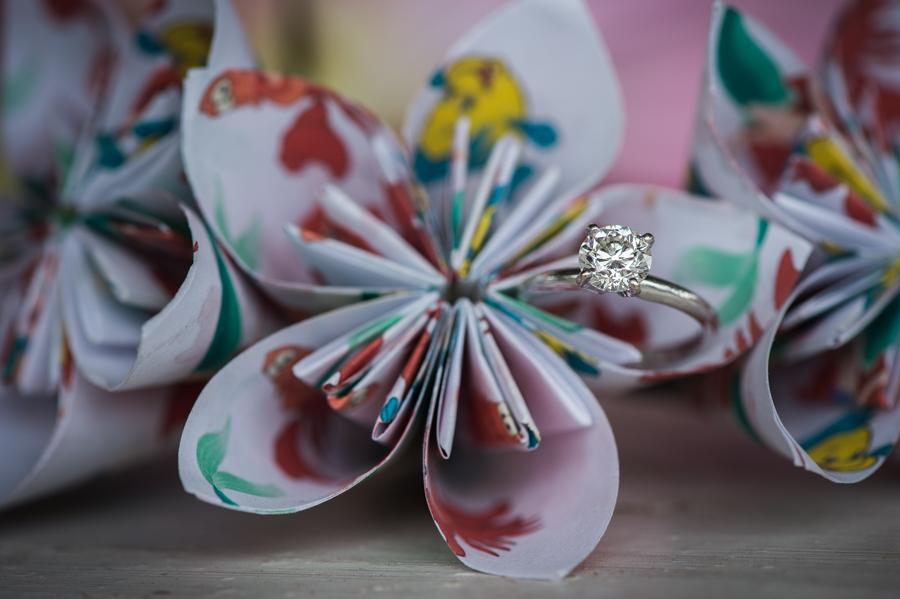 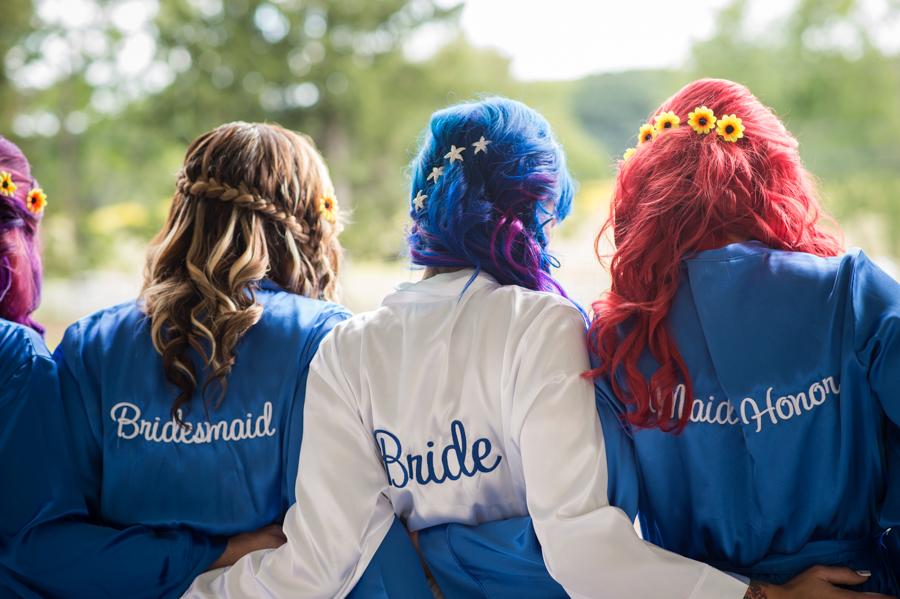 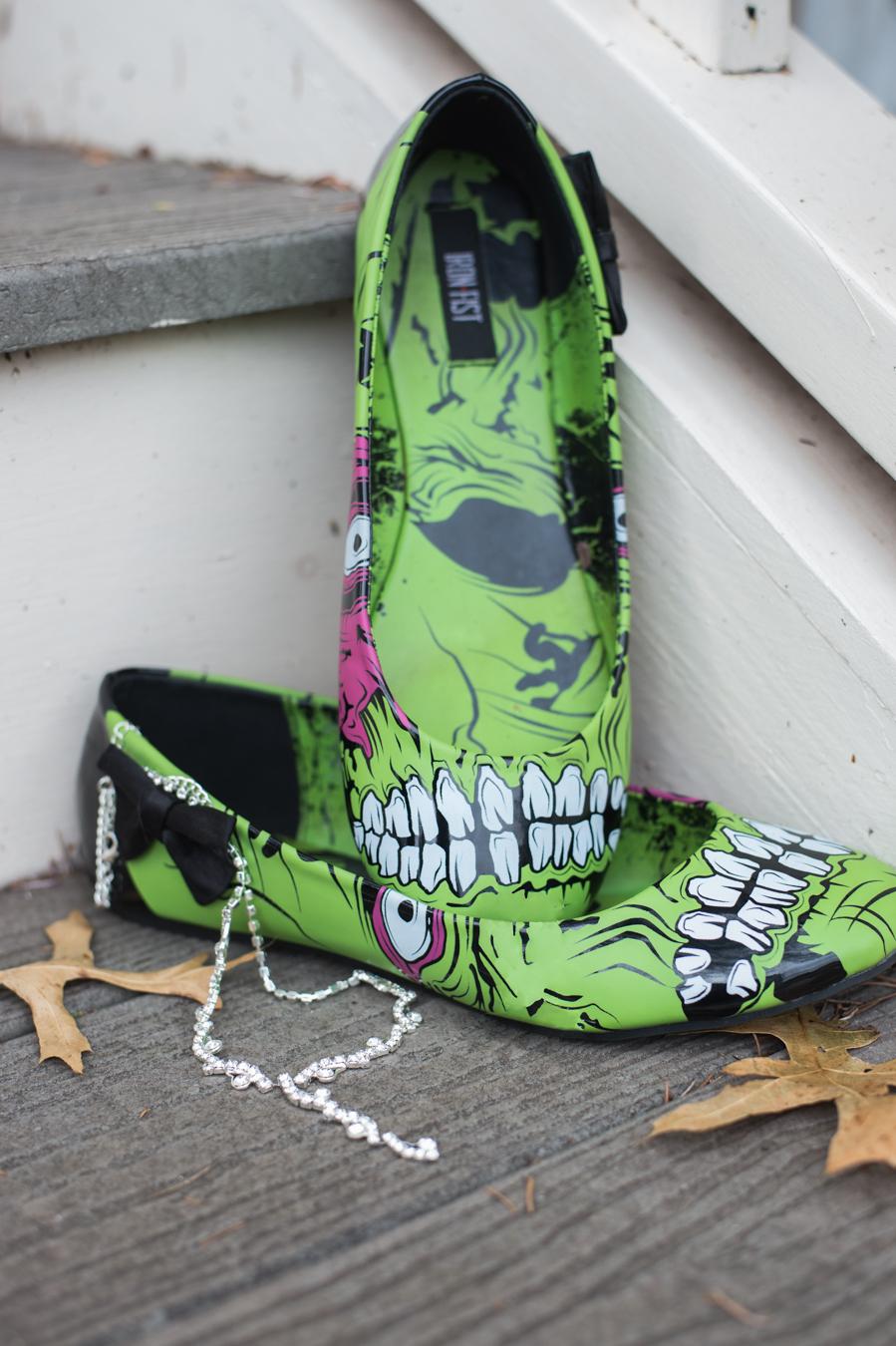 “I went to a party at his house with a mutual friend of ours. He noticed me at my favorite bar, Penny’s, prior to that. I played “hard to get” and barely acknowledged him at his party. After that night he asked me out a few times and I declined due to his “bad boy heart breaker” reputation. He eventually convinced me to go out with him. That night we sat in his car and talked for hours. After our date he tweeted (and I re-read often), “Best night of my life!” That was February 15, 2012 and we’ve been inseparable ever since.” 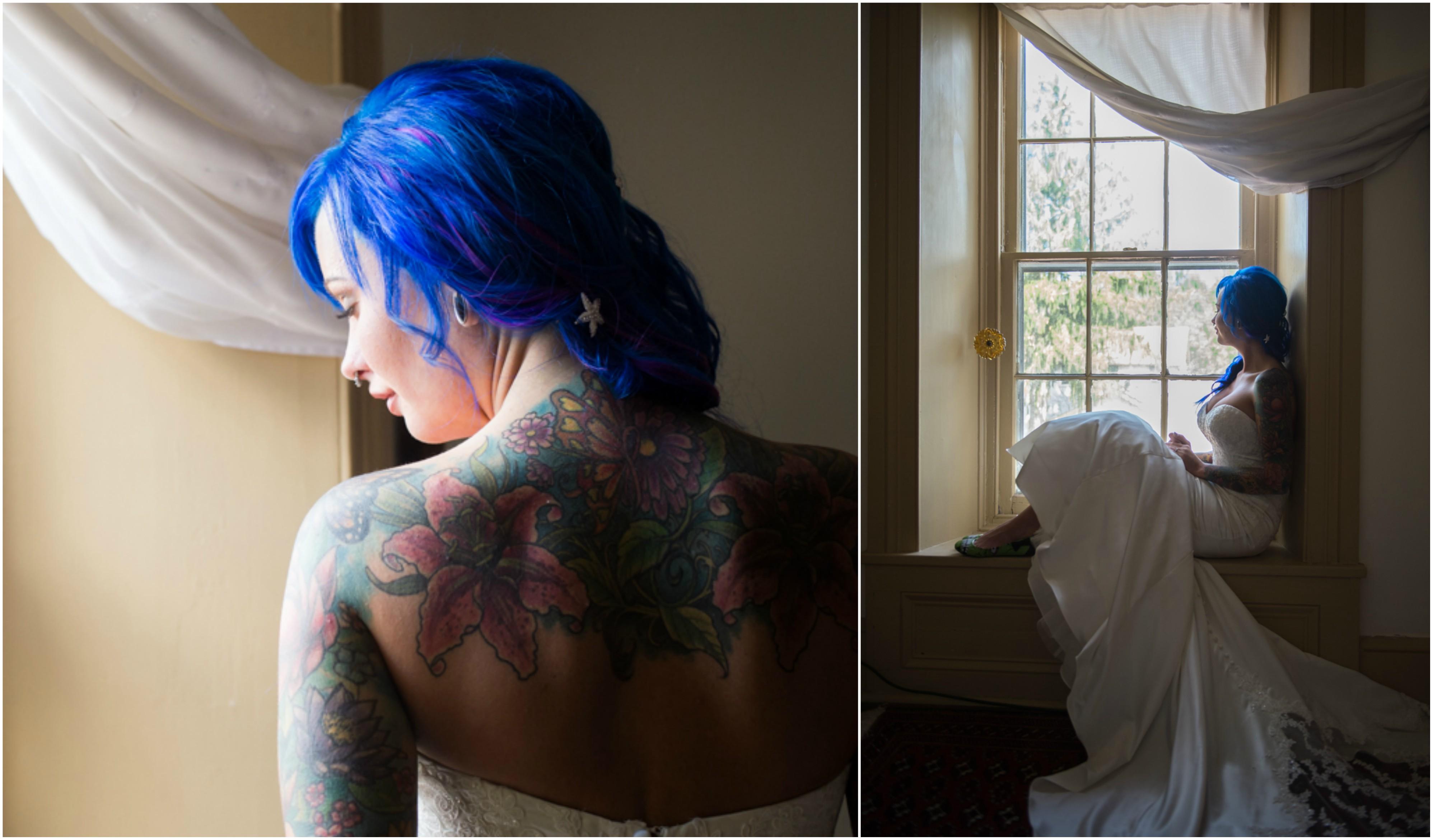 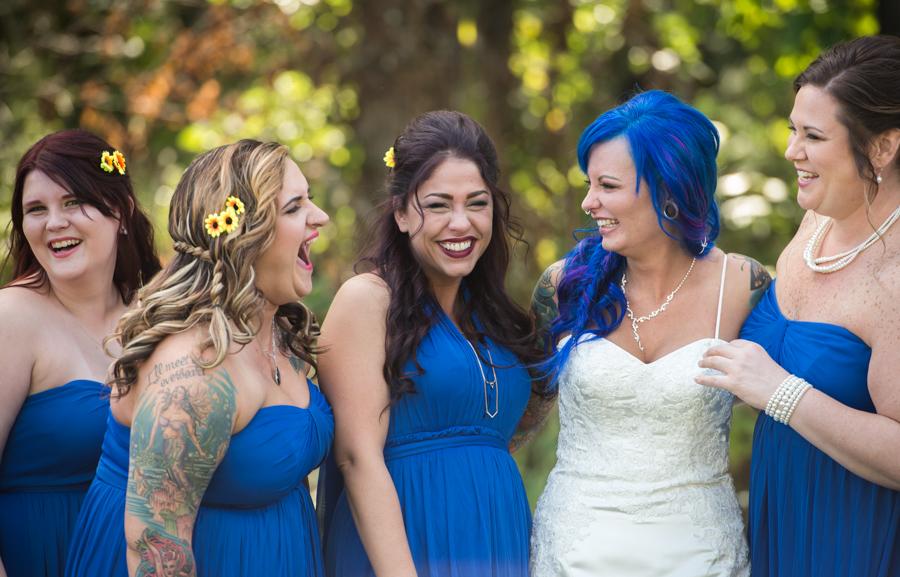 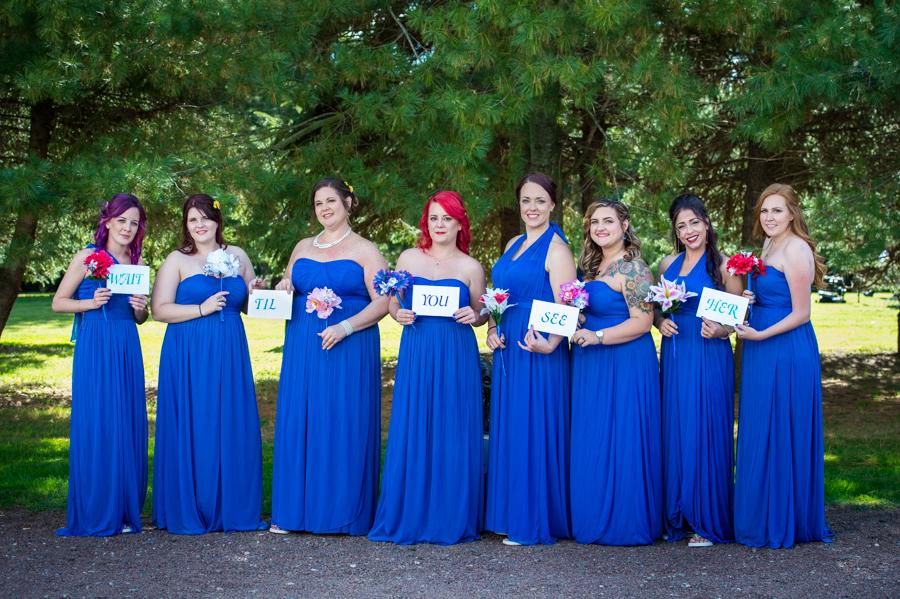 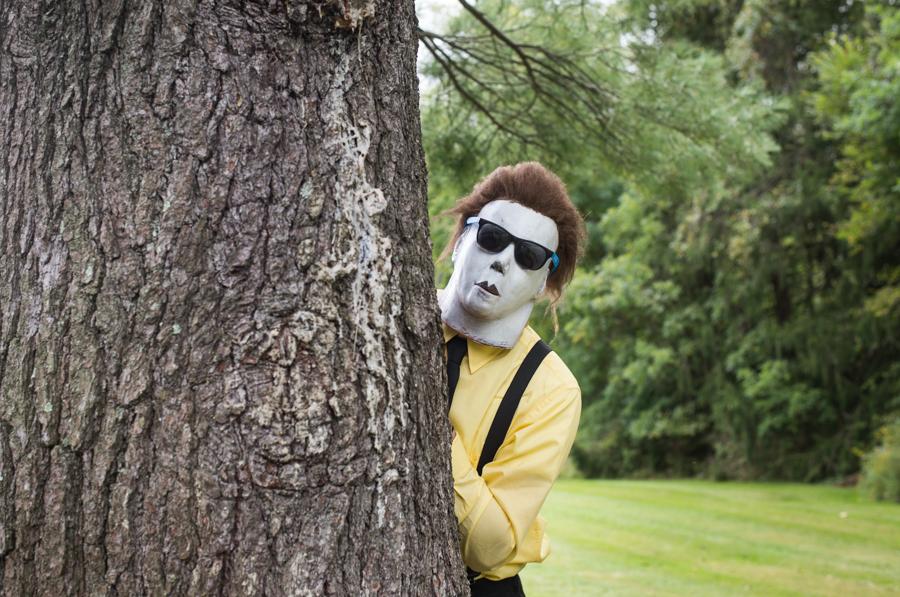 “Jason’s first attempt to propose failed. We were in Santorini, Greece and he planned to propose on a rooftop at sundown. Our day trip didn’t run as planned and it interfered with his plan. I had no idea he was going to propose. The last two days of our trip were spent in Athens. A tour director told us about a hill we could climb that overlooks all of Athens. Jason thought that would be the next best opportunity to propose, and suggested we climb it. Little did we know, there was a 30 minute walk directly up a dark, scary hill. Once we reached the top, I sat down on a large rock to rest. He kept telling me to stand and enjoy the view and I wasn’t up for it. He finally asked me to stand up to take a selfie (I jump at that opportunity because he NEVER wants to take a picture together). After we took the photo, I turned around to sit back down and he was already on one knee. I was completely shocked. I cried and of course, I said yes! My favorite part of the story was that he already had some wedding things planned! He had hired a wedding planner, was already looking into venues, and had a date in mind. He put so much thought into!” 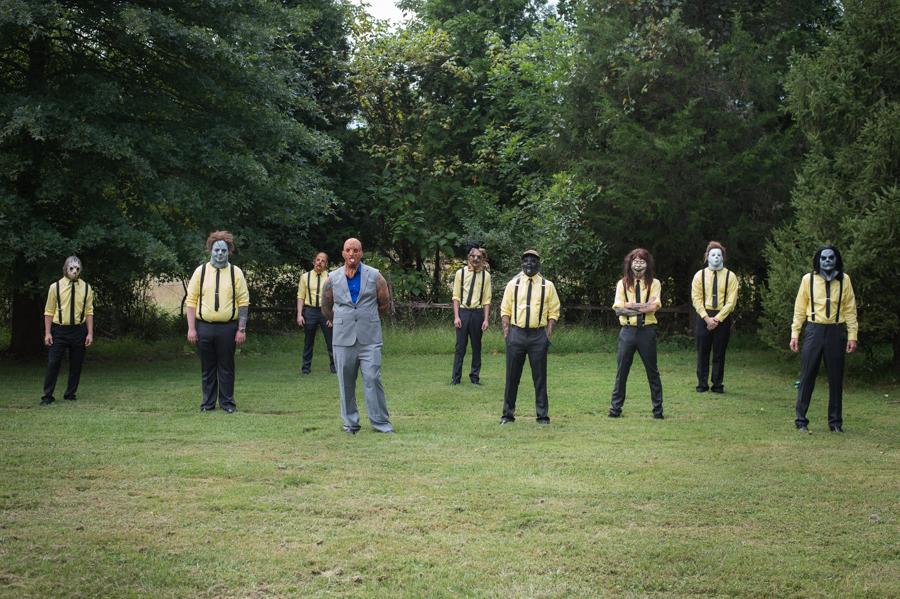 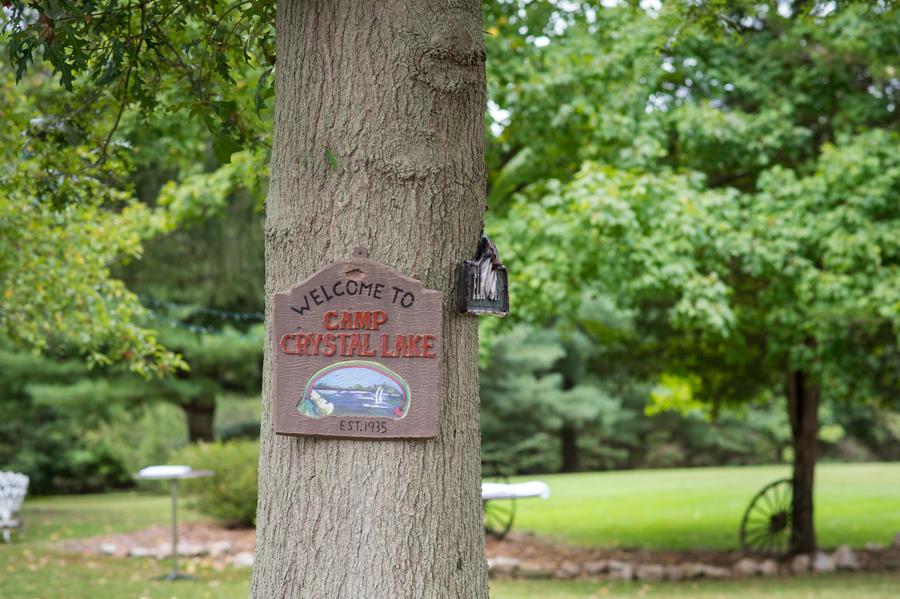 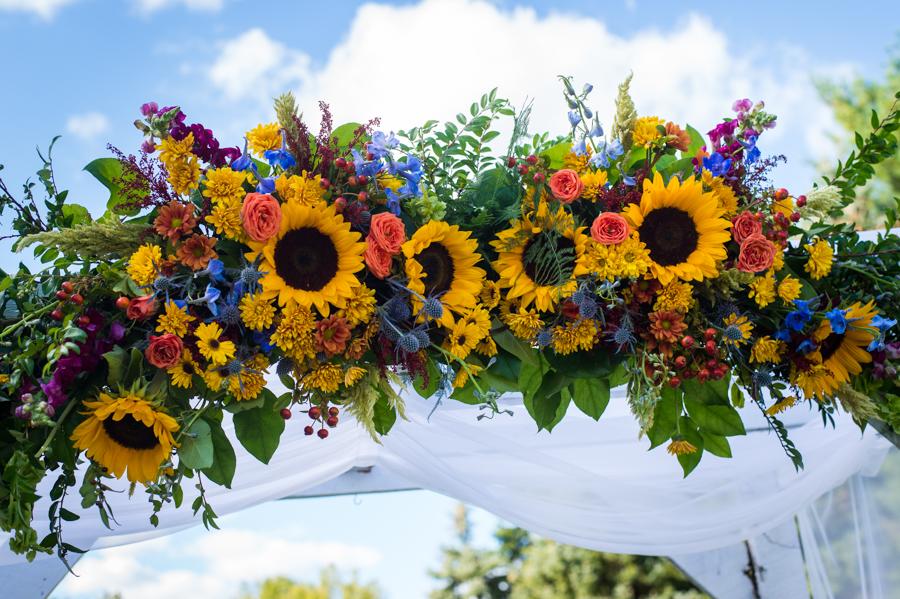 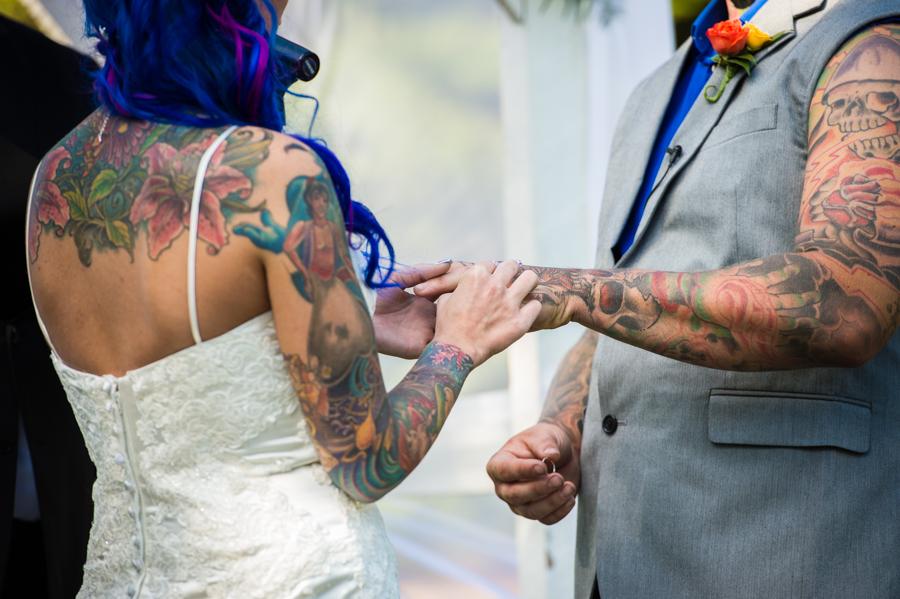 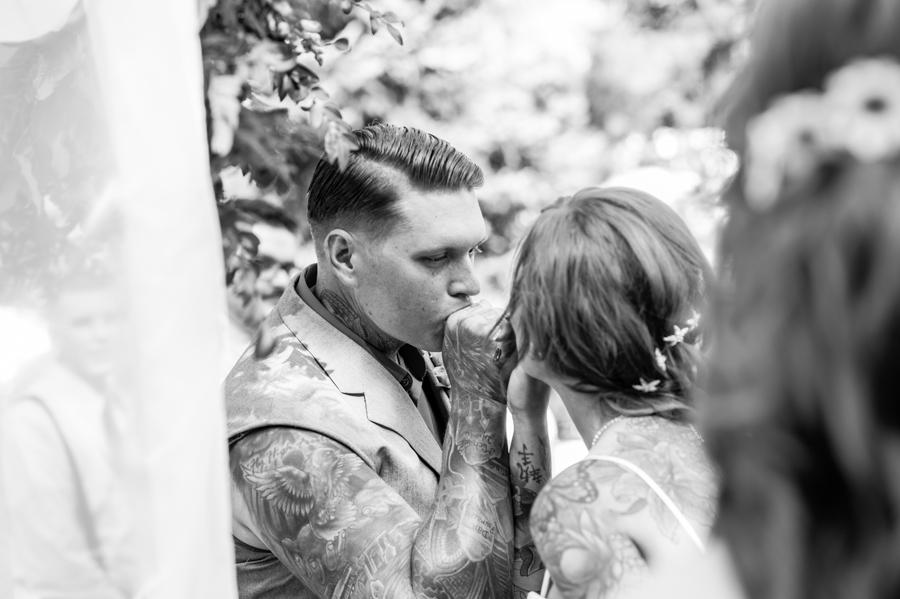 “Jason and I have a special pinky promise kiss that we do. After Jason said his vows he put his hand out to me to do it. That made me a lot less nervous to say my vows and it suddenly felt like it was just Jason and I there. My favorite funny part of the day was when Jason and I were exchanging rings. The officiant was in the middle of having me repeat him and Jason got so nervous, he put the ring on my finger too early. The officiant told him to take it back off and it was stuck! When it became time for him to actually put it on he raised my hand up and said, “Nailed it!” 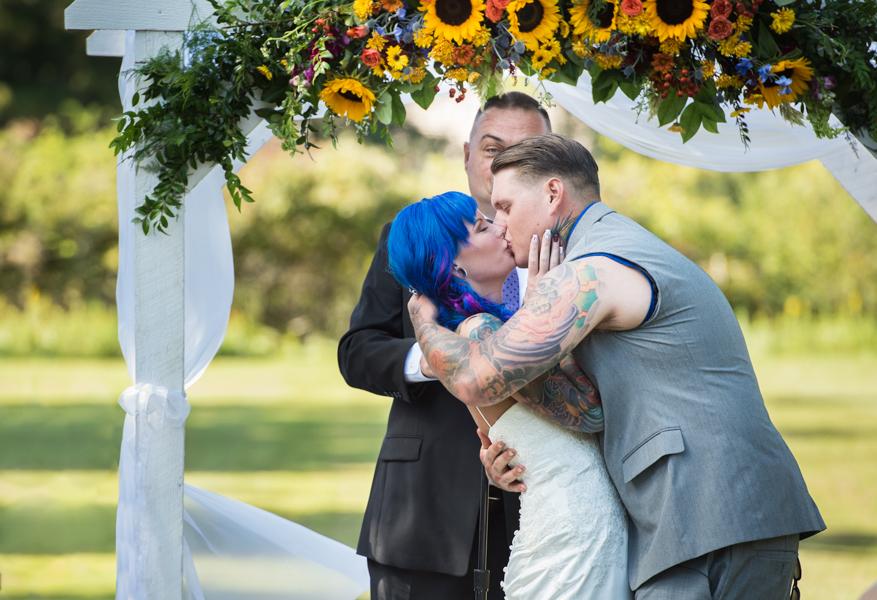 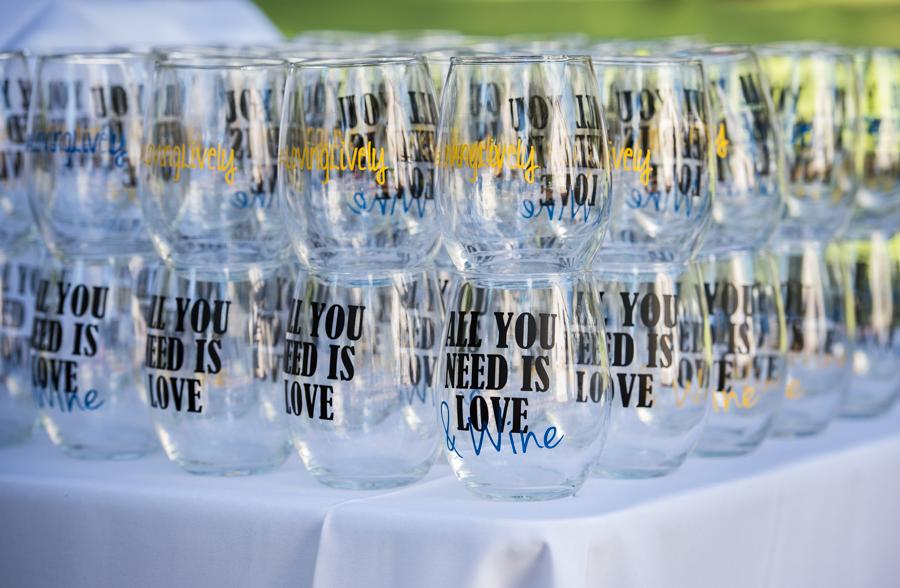 “Planning the wedding was pretty easy since Jason and I have the same interests and styles (and he usually lets me get my way).  The only issue we had was that some people didn’t RSVP.” 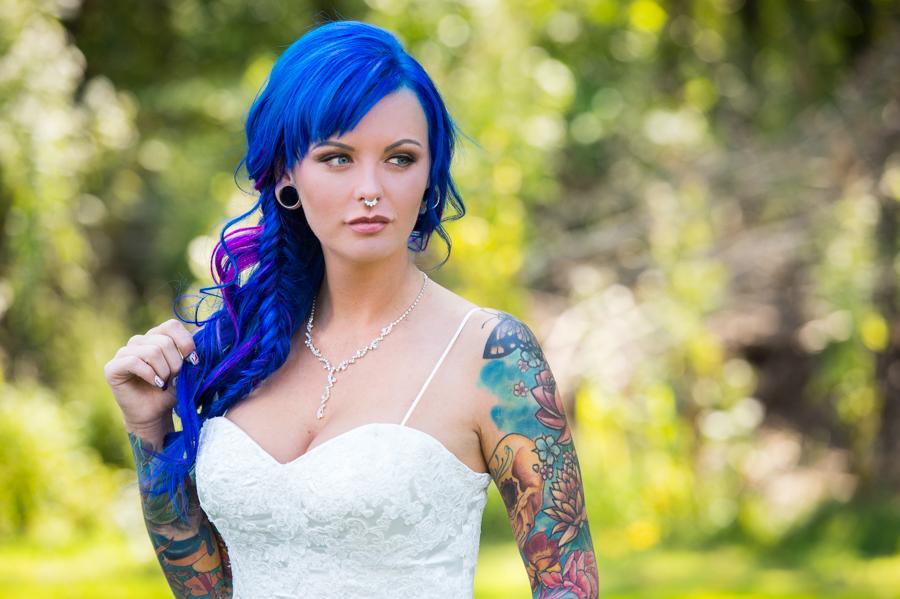 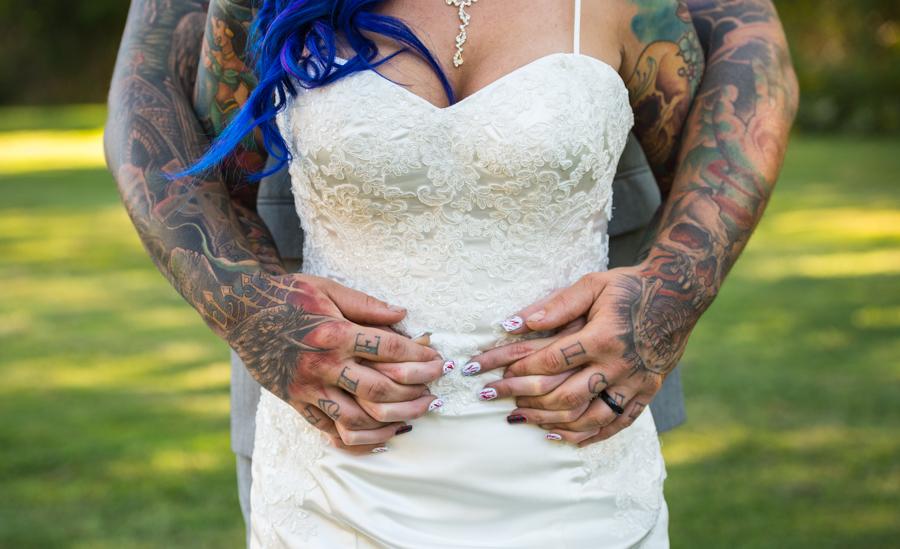 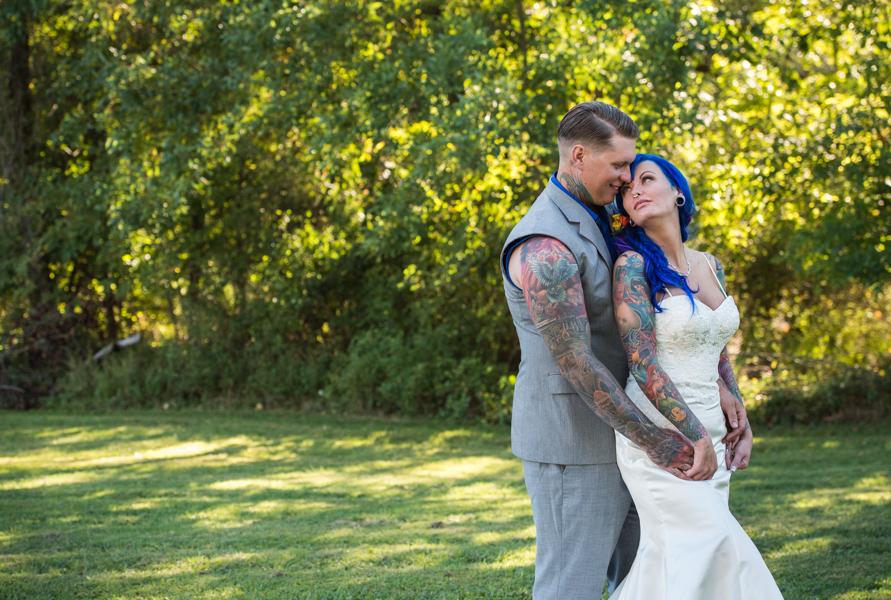 “Jason and I are both very unique people (not commonly known as “normal”). We both knew we didn’t want a traditional wedding. We’d sat through enough of them and thought they were boring. We figured if we’re spending money for our wedding, we were going to do what we wanted. We both love horror and Disney movies. I told Jason we’d have to pick one or the other. He disagreed and said we could do both. Our invitation was of a horror theme. I walked down the aisle to the traditional, “Here Comes The Bride” that eventually led into a rock guitar version. The bridesmaids wore traditional dresses. I made their flowers from Disney and horror themed paper. I wore a traditional dress, but my shoes were a monster print. Our cake was traditional on one side with a custom cake topper of us and our two dogs. The other side had different characters and figures from Disney and horror movies. I made all of the favors (wine glasses from my business, Sip’ly Sophisticated).” 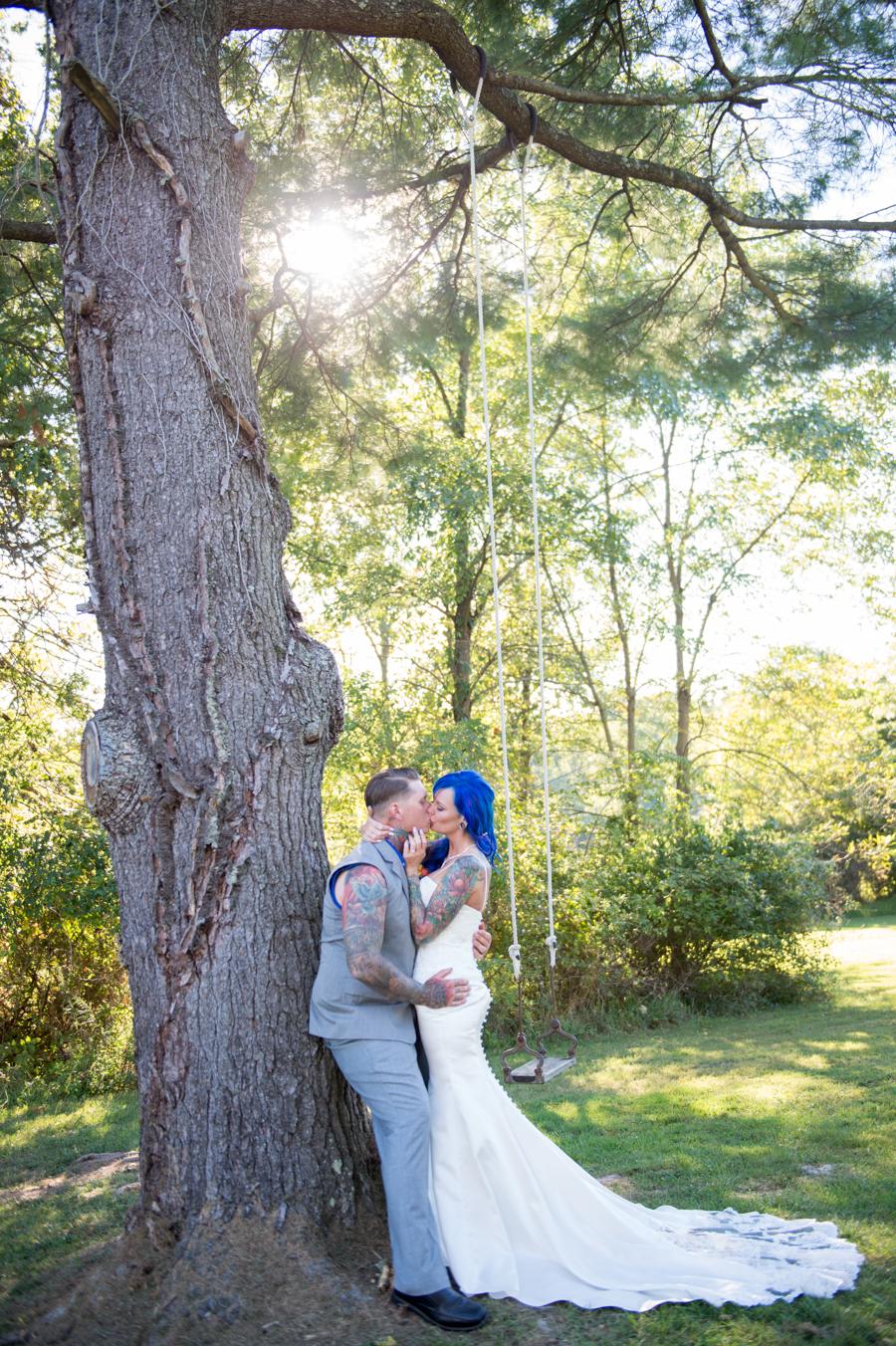 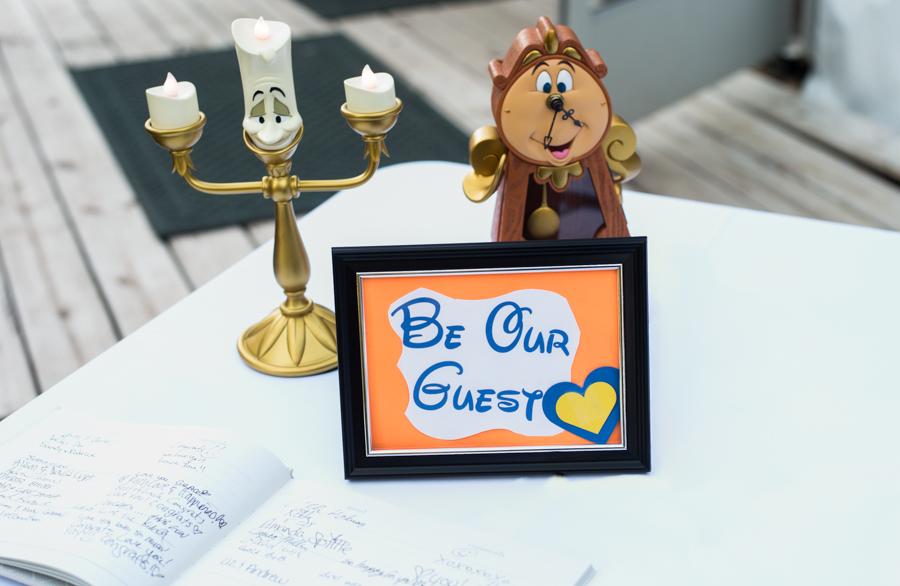 “My advice is to make your day your own. Don’t listen to everyone who feels the need to tell you have to plan things a certain way. Do what makes you happy. It’s your wedding and there is NO rule book on how to do it! Don’t let anyone else tell you otherwise.” 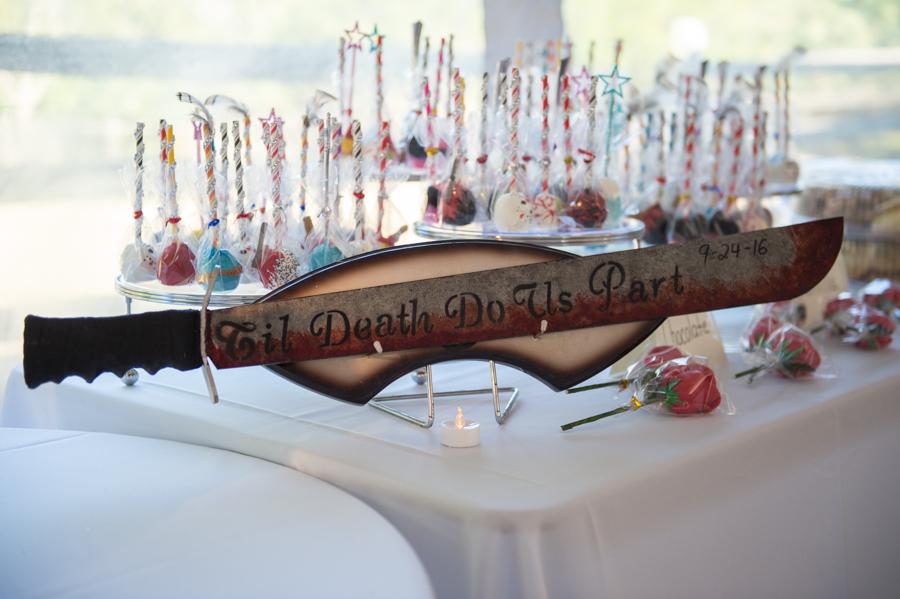 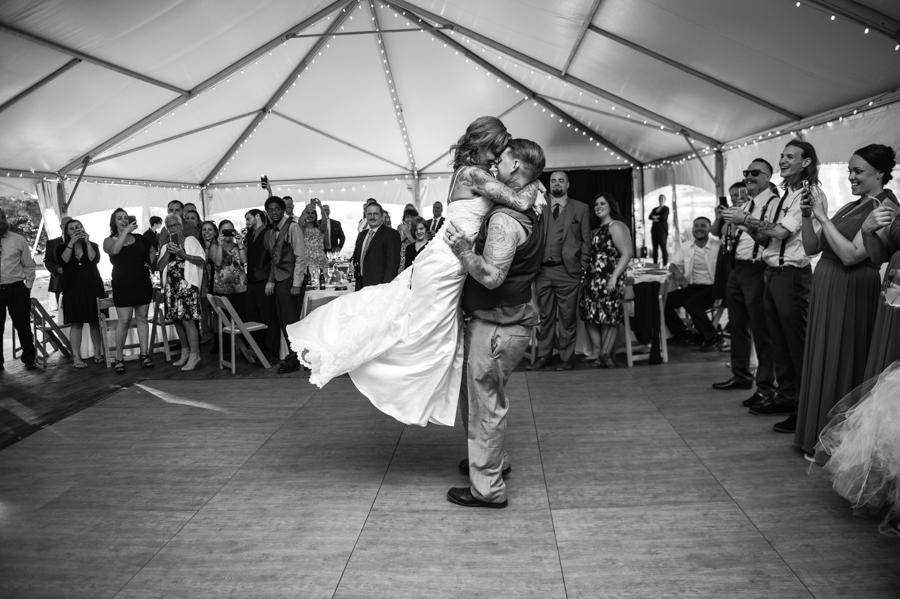 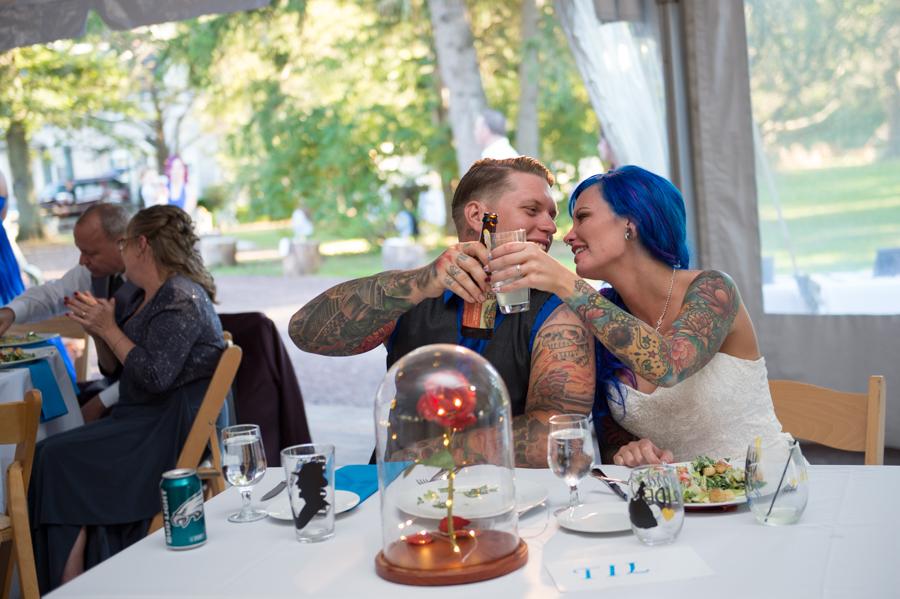 Vendor experience:
“Amazing! Our wedding planner, Nicole did a lot of the work for us. She kept us on a good timeline and found us awesome vendors who were so easy to work with. Everything right down to the venue was all a first choice for us and we felt a connection to all of them.  I’m still in awe over the highlights from my wedding and everything Bryn and Danielle did for us over our 10 months of planning. Wedding vendors are such an important part of your wedding and I truly believe we chose the very best.”