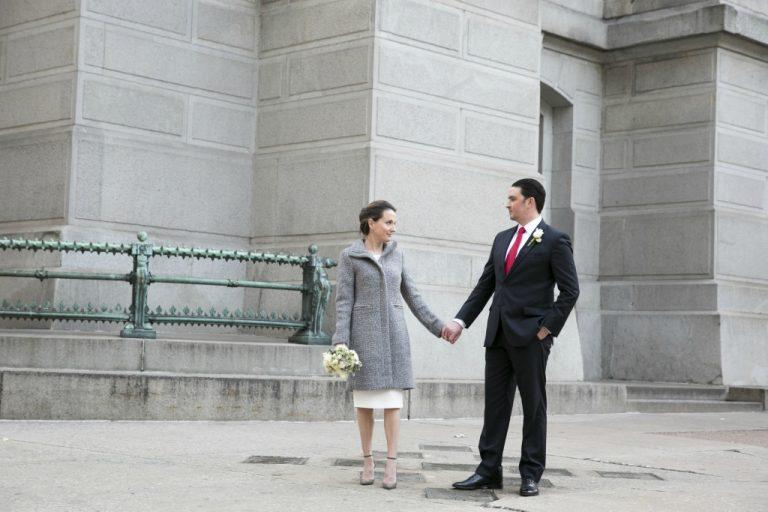 Heidi Roland Photography was behind the lens for this intimate wedding at Philadelphia City Hall, which turned out to be an impeccable depiction of persevering love.  Diana and Ricky are truly a prosperous couple, and their dedication to one another shows with every glance.  This couple wanted an intimate wedding, after attempting to plan their wedding while going through a few adversities and life changes.  Ultimately what mattered most was what became the highlight of their joining union, and their wedding came together perfectly!

From the Photographer, Heidi Roland: “On a lovely Thursday afternoon, I had the pleasure of photographing a wedding that was full of elegance and love. The ceremony was at Philadelphia City Hall, and getting ready was close by at The Inn at the Union League. Diana and Ricky chose to have a gathering of close family. Although they kept their gathering small on guests, they went big on warmth and class.

I asked Diana to share a little bit about their love story. There are so many experiences that bring two people together. Diana gives us a peek into the path that lead to this special day.” 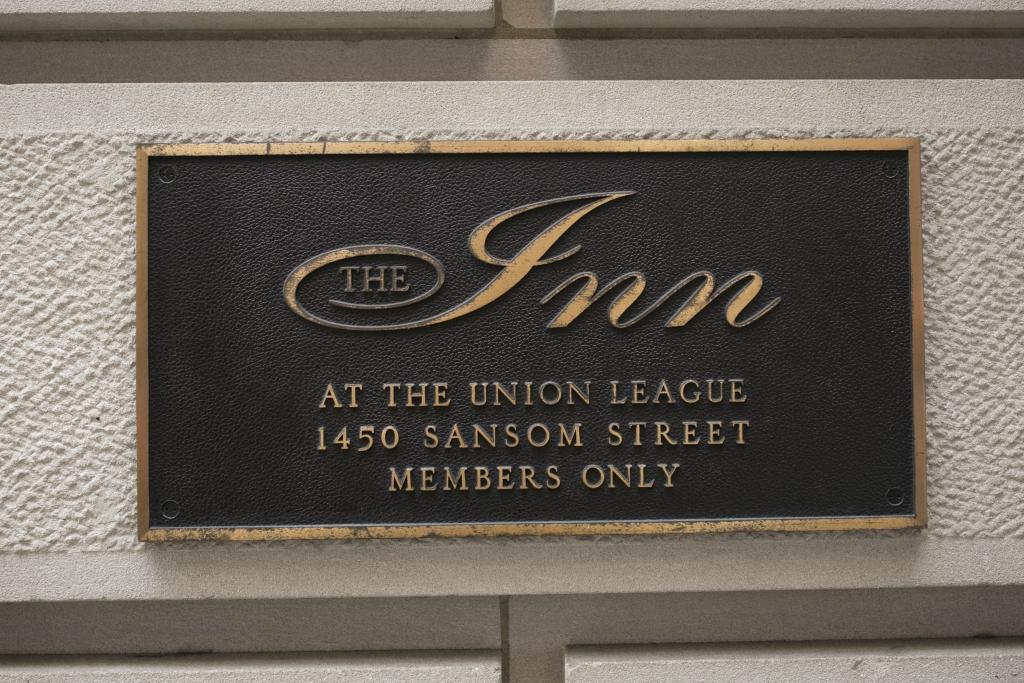 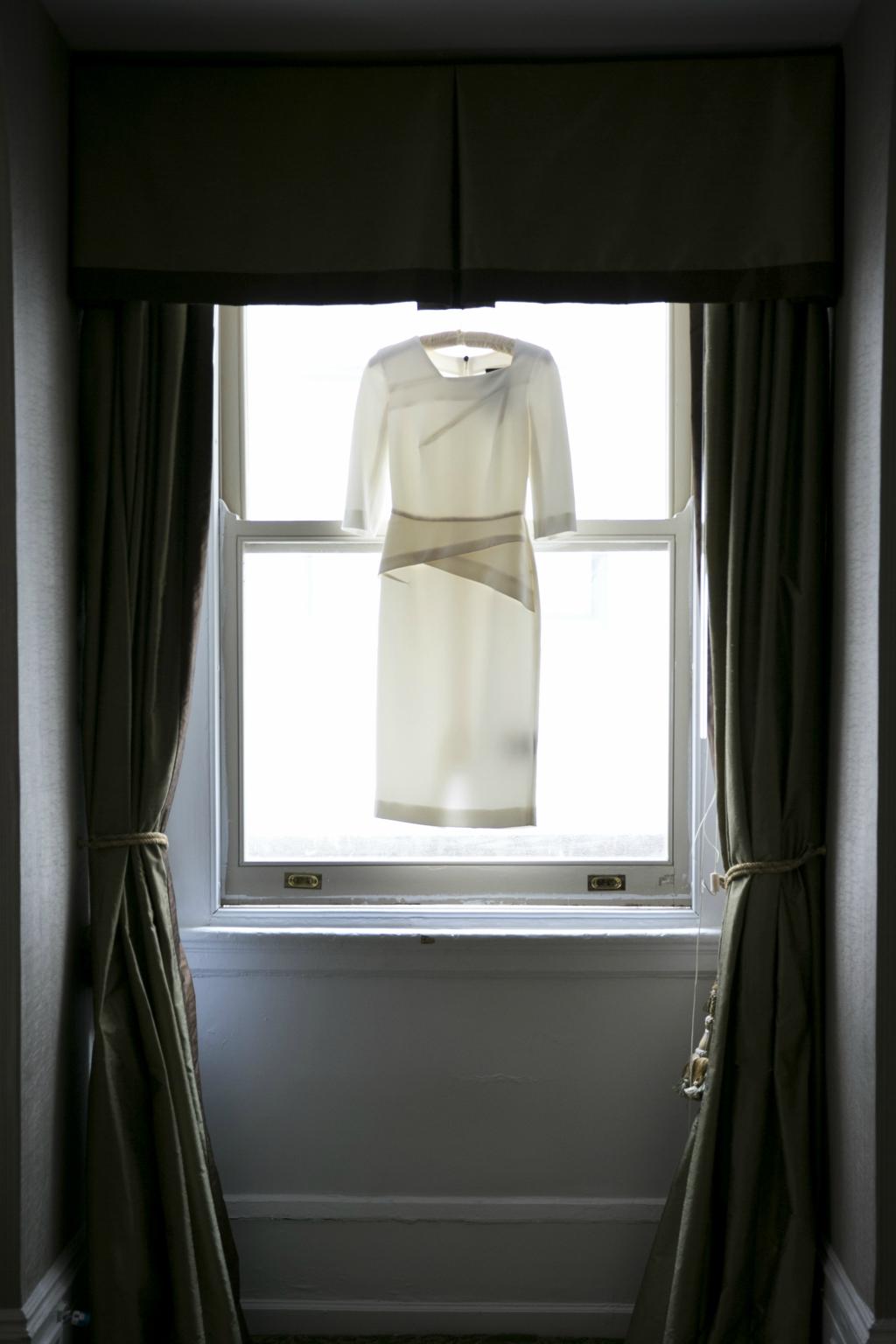 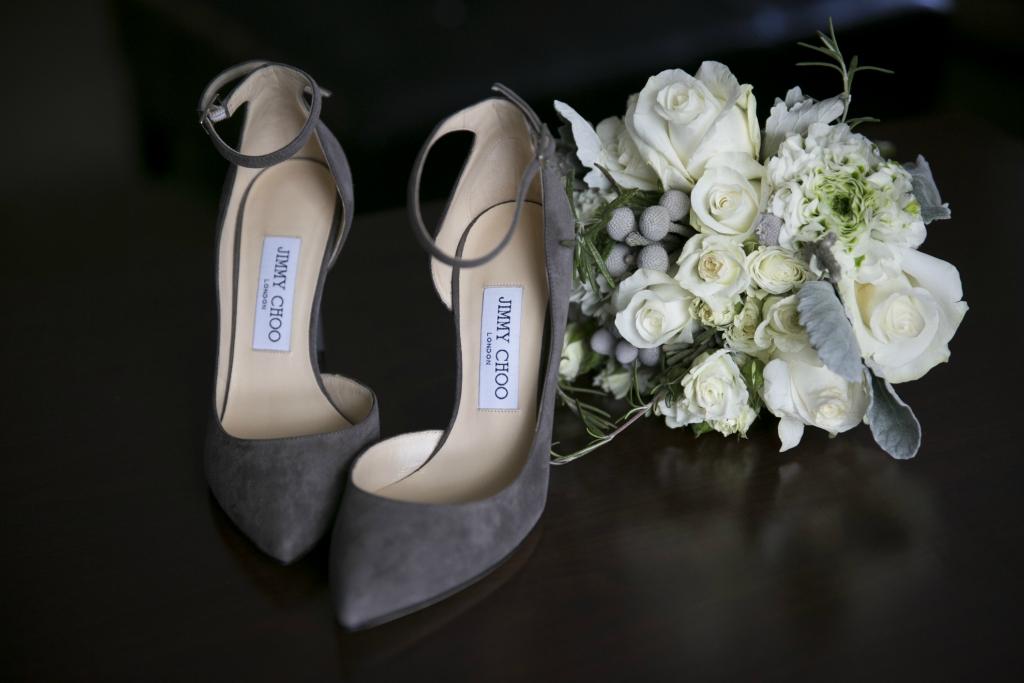 “Ricky and I first met at the College of Charleston through mutual friends in the Fall of 2008. He returned my missing cell phone that had suspiciously disappeared at his house. We connected again that spring after he broke up with a girlfriend. We started dating that Summer and moved in together within 3 months. We took a “break” in 2012 after I returned home to DC to look for new job opportunities, although it wasn’t a break for too long.  I did some blogging, an internship, but was pretty miserable being away from him with the slow job prospects. It was at that point when I realized Ricky was the one. He felt the same way and I moved back after the New Year. We got along better than we ever had before.” 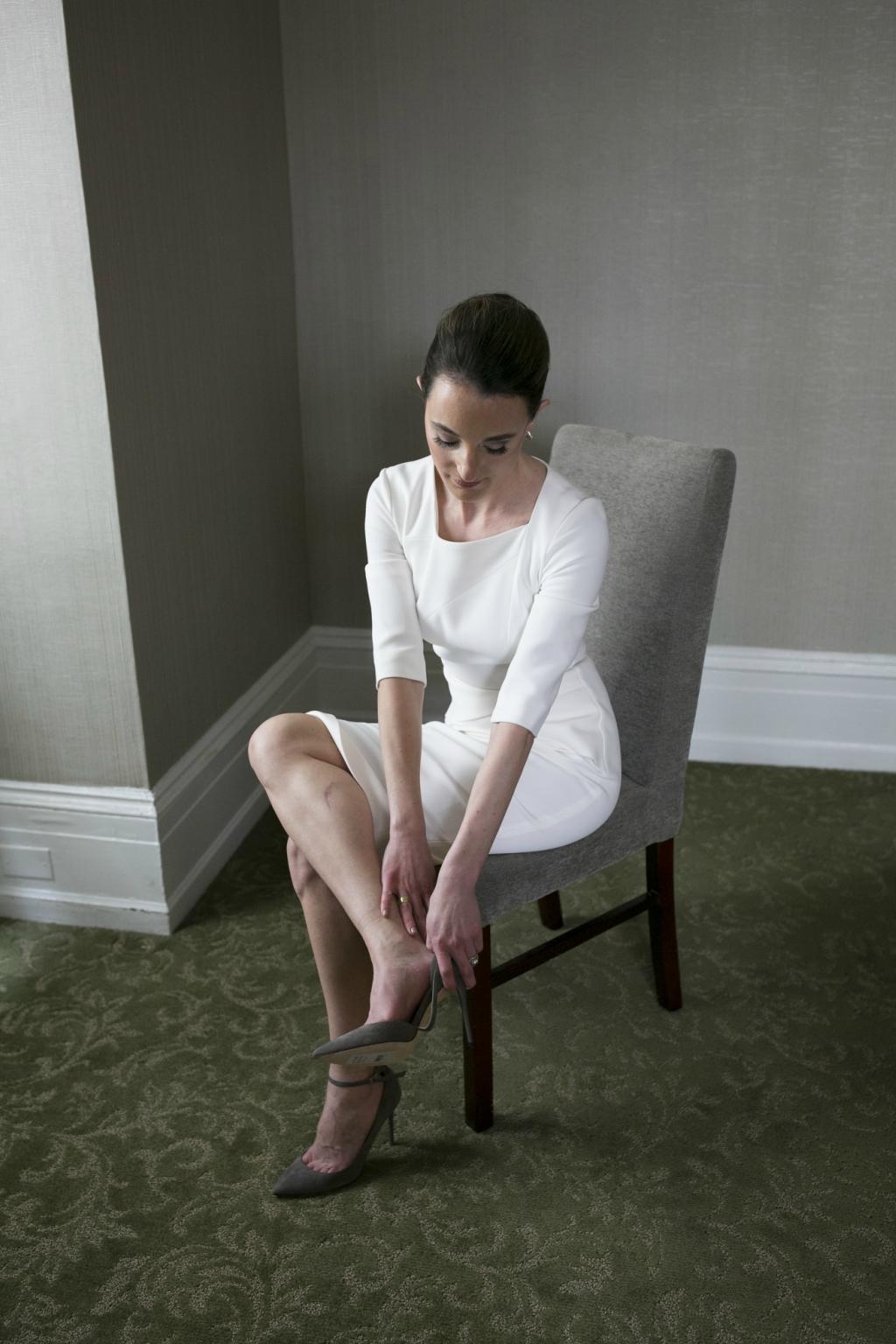 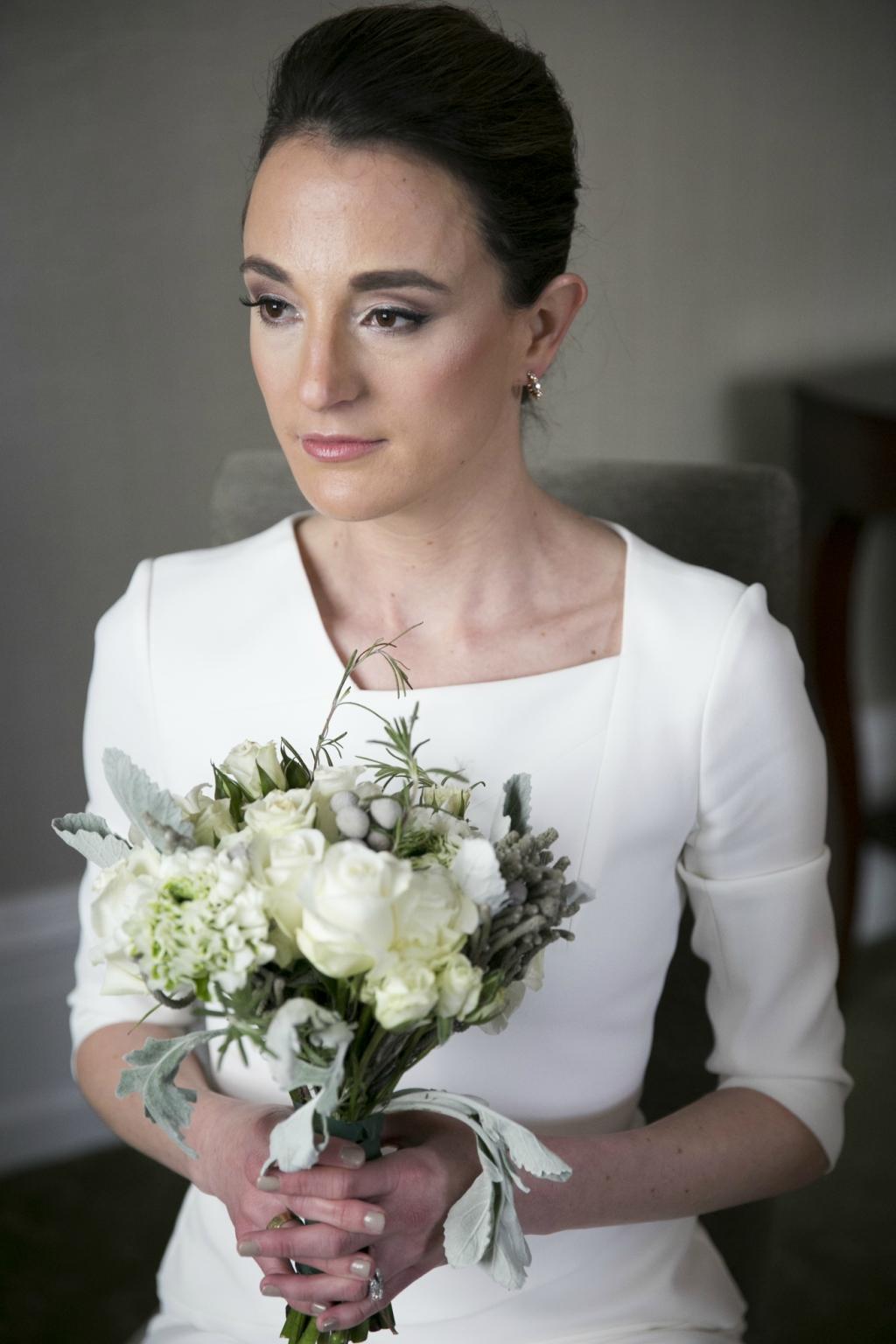 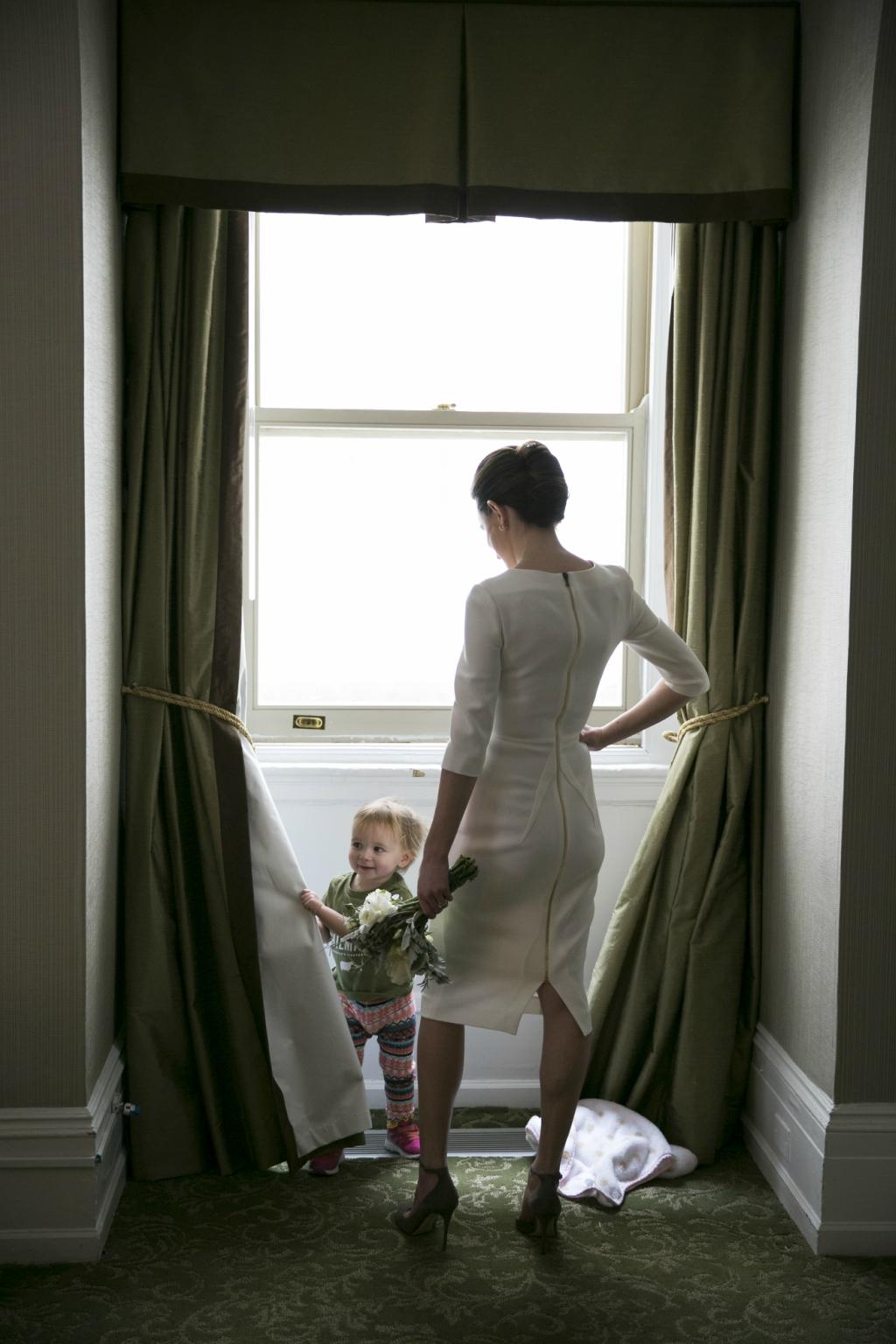 “A pivotal moment in our relationship was the birth of our daughter Sabine. She arrived in the front seat of our car on the way the hospital, while Ricky was driving about 100 mph! I had a “precipitous labor,” and our doctors hadn’t seen anything like it before. Ricky was as cool as cucumber and stayed completely calm despite my screams and what was happening. He was a great dad from day one, and a wonderful partner in the tough postpartum month following.” 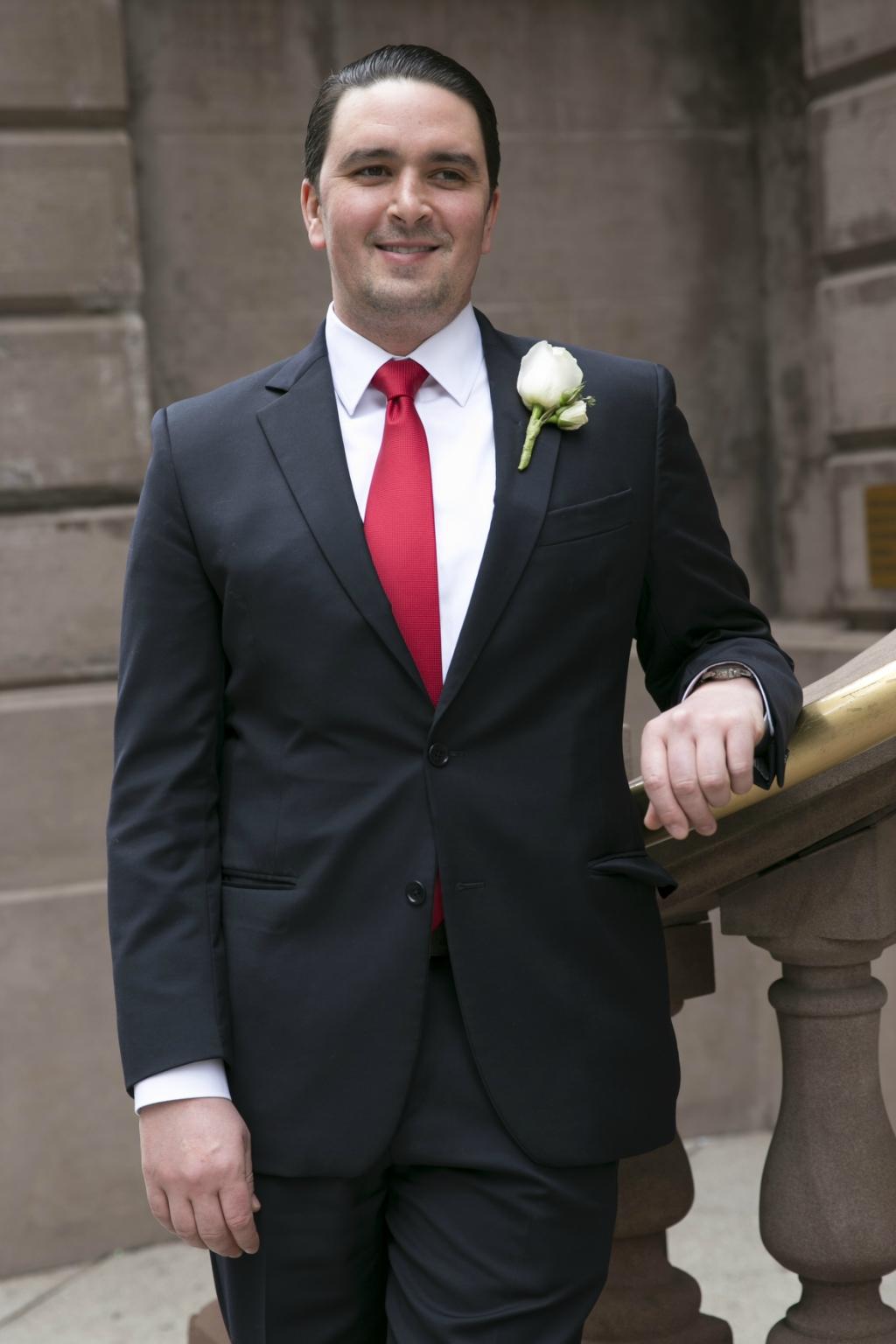 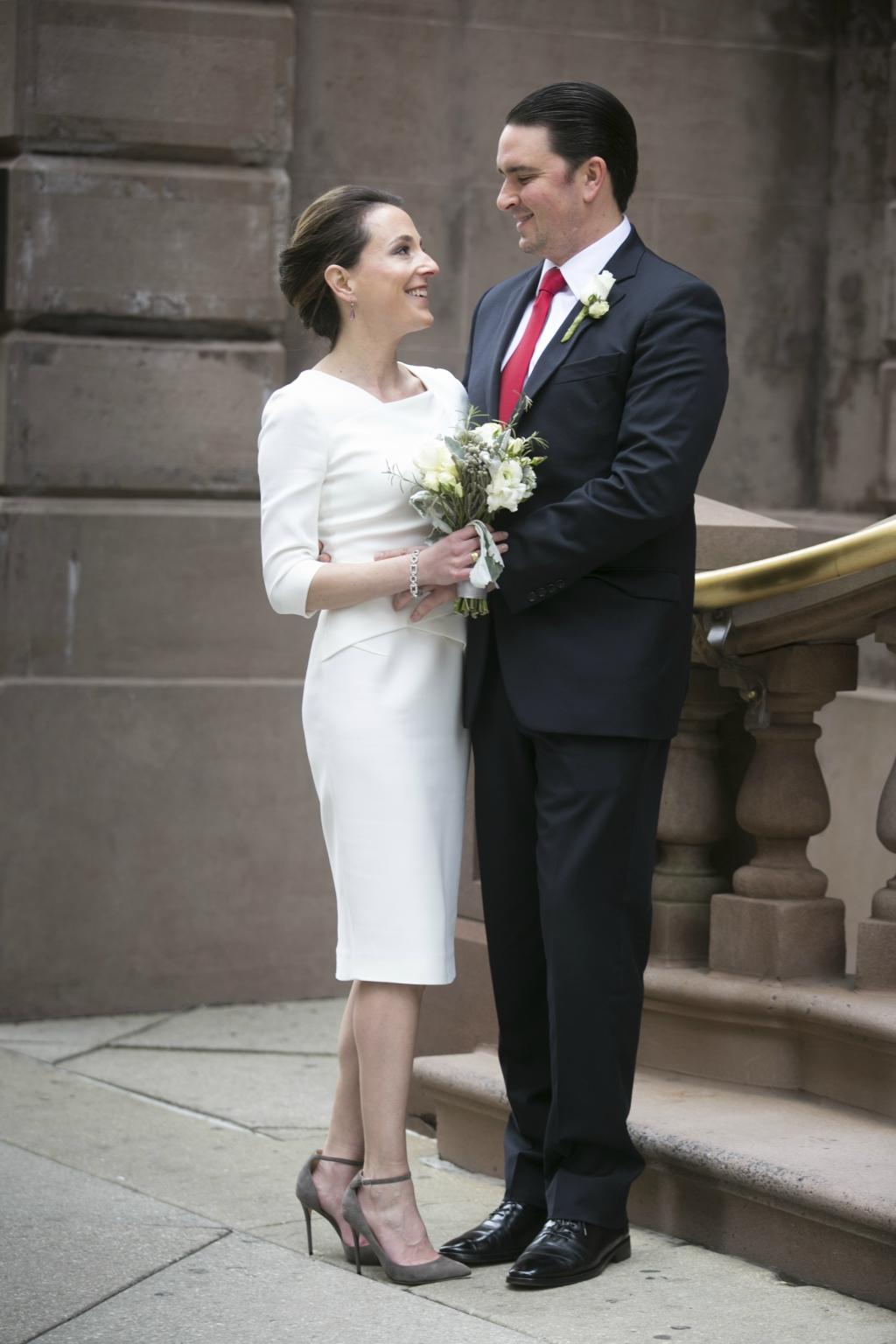 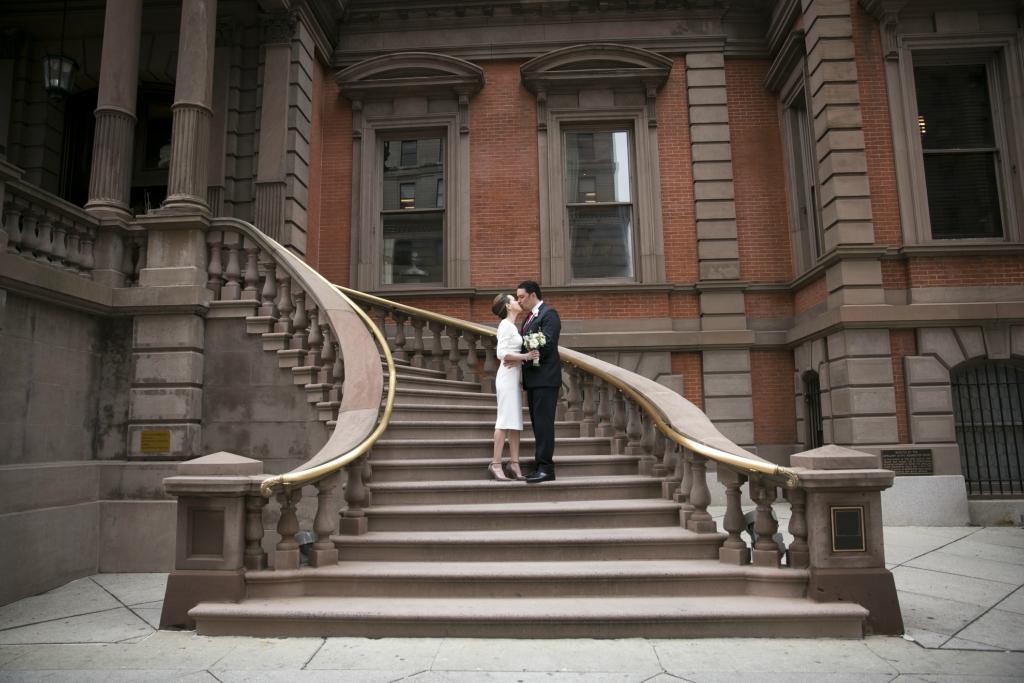 “Ricky proposed in November 2014. We looked at rings that Fall, feeling particularly motivated after learning I was pregnant. Ricky wanted my opinion on a new dog leash he was giving away as a Christmas present, and it took a double take before I realized the ring was attached!  We shared the news about baby on the way at Christmas, with plans to move to Philadelphia or DC for Ricky’s graduate program in the Fall.” 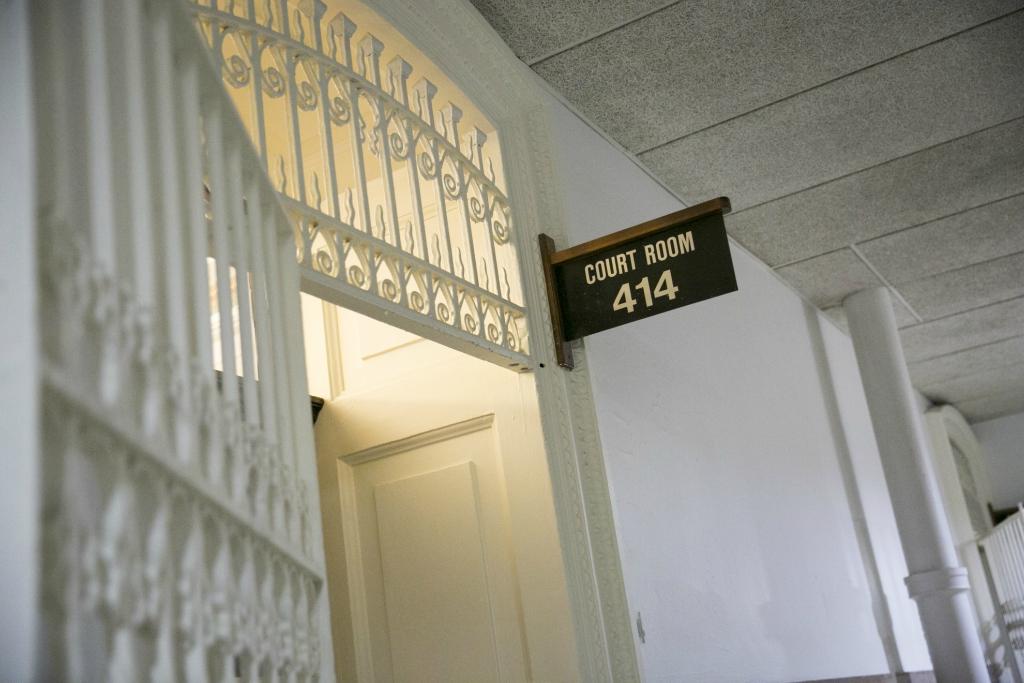 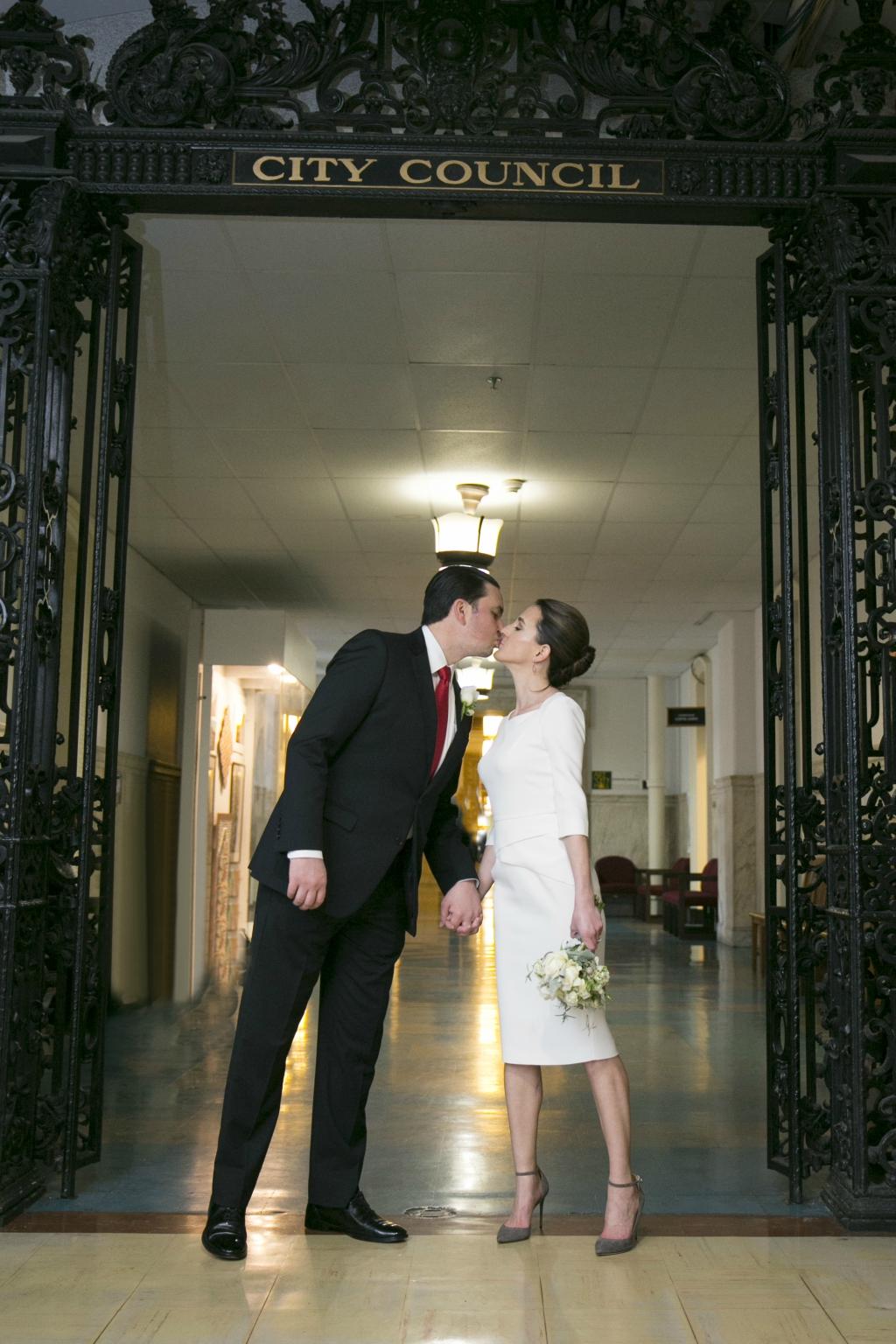 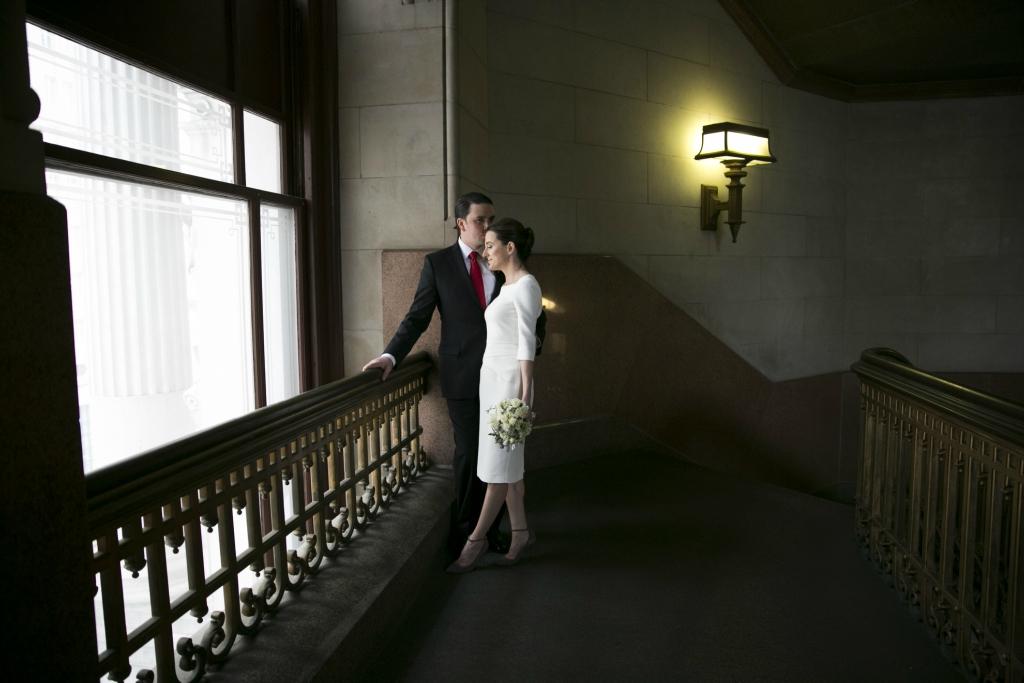 “Our experience with planning our civil ceremony wedding happened in a very short-time frame, although this was preceded by almost a year of big-time wedding planning, deciding between six different venues in Washington DC, not Philadelphia. Planning for the wedding at this point was surrounded by mixed and heavy emotions, since planning had come to a complete halt by the heart-breaking passing of a favorite cousin earlier in the summer. My mother and I felt like we could not continue planning for a big event. Yet as a few months passed, I felt a sense of urgency to finally tie the knot with Ricky. He was about to graduate from business school, we would likely move elsewhere for a new job, our baby was already a year and a half old, and not to mention that we had been together for a long 7 years. It was a bold suggestion to opt for a civil ceremony instead, but I’m glad we did it. The pressure of all the various aspects involving a big wedding were removed, and it seemed so much easier to plan under a deadline. The wedding date was even essentially decided for us, as we we only had a choice of two or three days. Without immediately recognizing it at the time, we soon realized that January 19 was Ricky’s sister, Kate’s, birthday, and exactly two month’s before my cousin Lukey would have turned 25. That kind of coming together had to have a special meaning.”
–
Here is a note that I posted on Facebook, two days before our wedding: “In two days, after seven and a half years, one baby, and six months following the saddest heartbreak I will ever know, I am finally marrying the love of my life. In two days, two months shy of your 25th birthday, I will be thinking of you, my Lukey love, as Ricky and I say our vows in the judge’s chambers. Ricky loved you as a brother as I do, and I know you loved him just as much. So as the sad and happy tears come, here’s to the love of Lukey.” 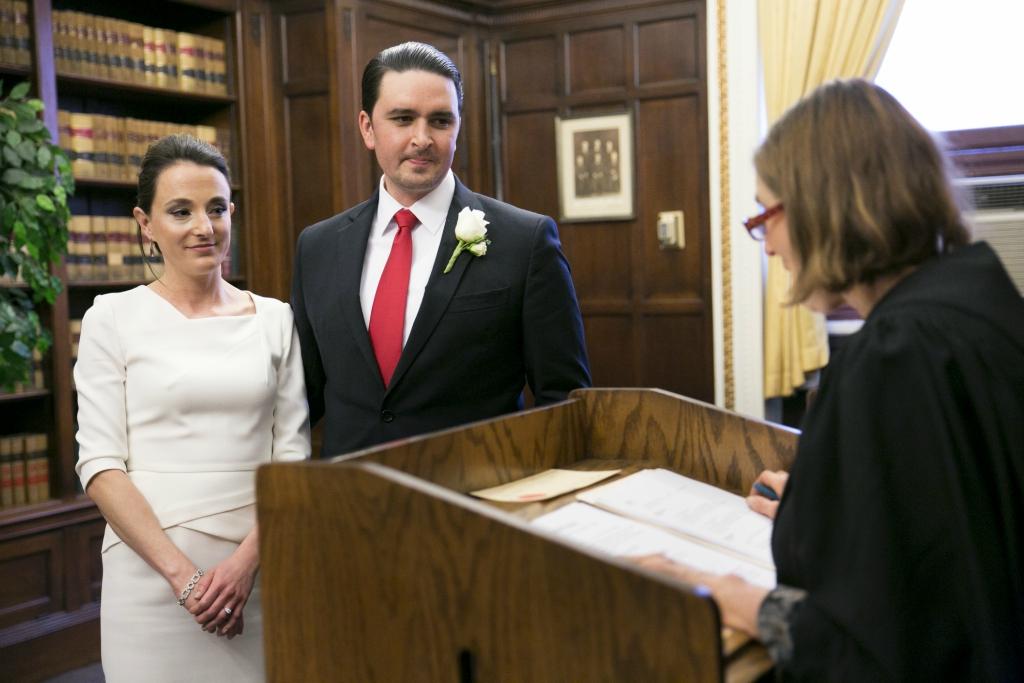 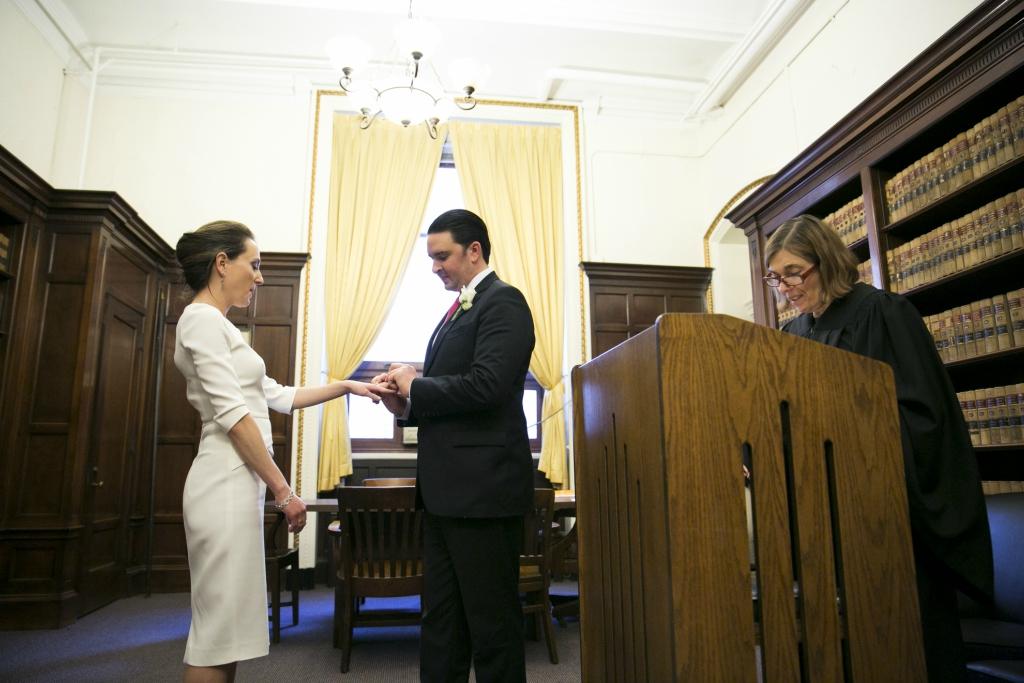 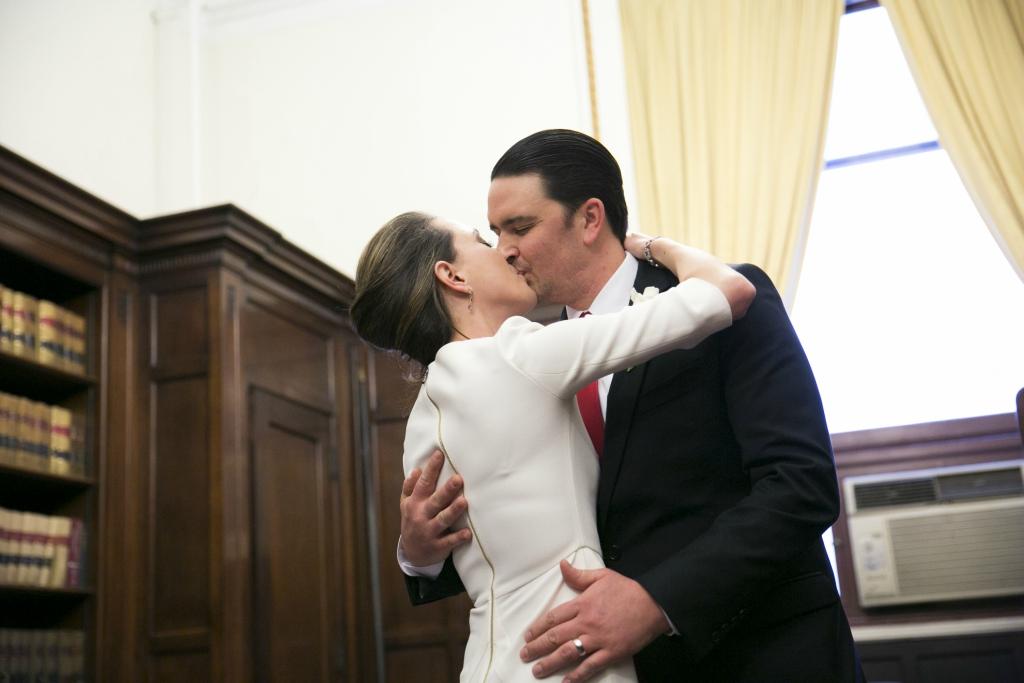 “Selecting the venue was extremely straightforward. In order to do a civil ceremony in Philadelphia, we would be married at City Hall. A beautiful backdrop that led me to decide to have a professional photographer document our day. Since it was a low-key event with just close family, I knew I wanted to give the wedding something extra, structured and special. We went to the Barclay Prime steakhouse for our reception dinner, and my family stayed at the Inn at The Union League.” 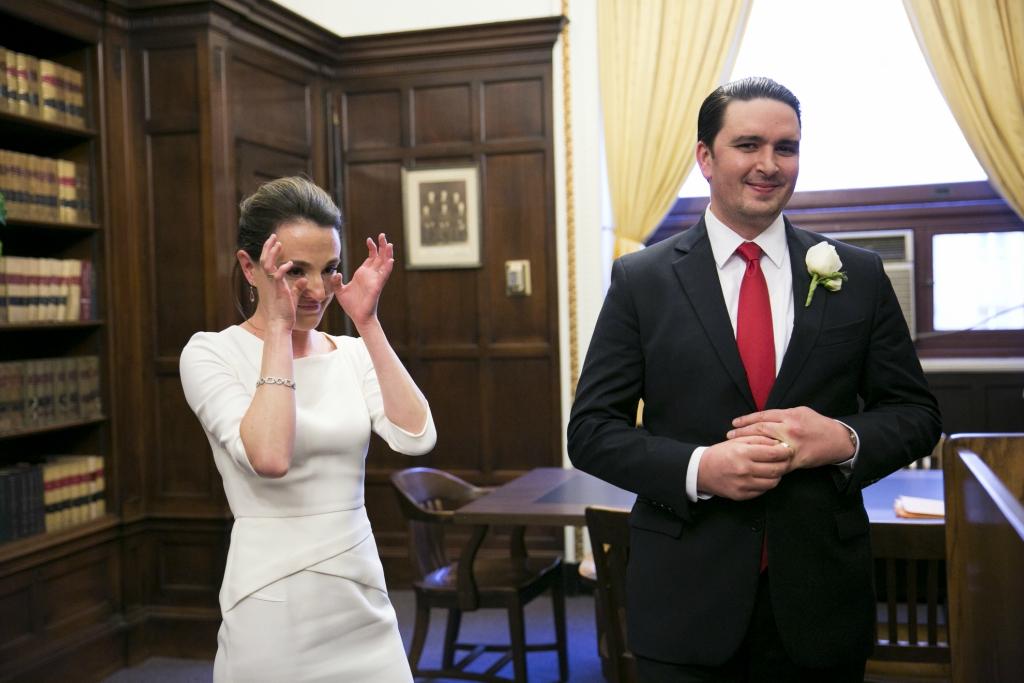 Bride’s Best Memory:
“The best moment for me was right after we finished our vows, and I burst into tears. It was very real at that point, and I couldn’t believe we were finally married after so much time, ups and downs, a baby, a family tragedy, and the very difficult time we had with planning a wedding. I’ll let Ricky answer this question for himself 🙂“ 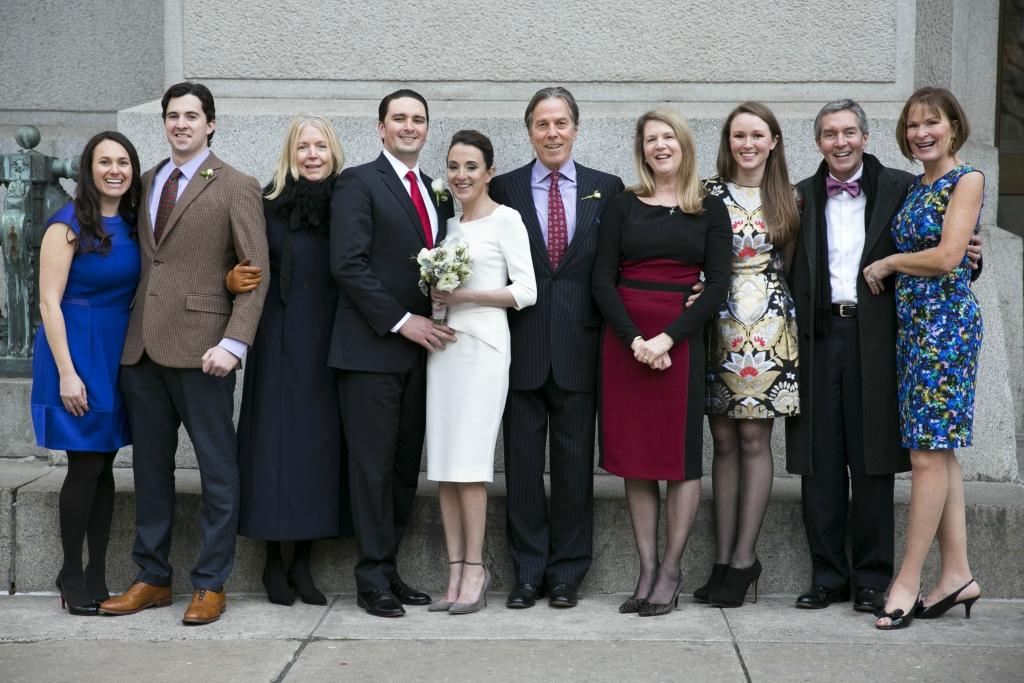 Groom’s Best Memory:
“Having an intimate wedding with family and friends where we could focus on us instead of a big blow-out wedding where we would have to cater to guests.” 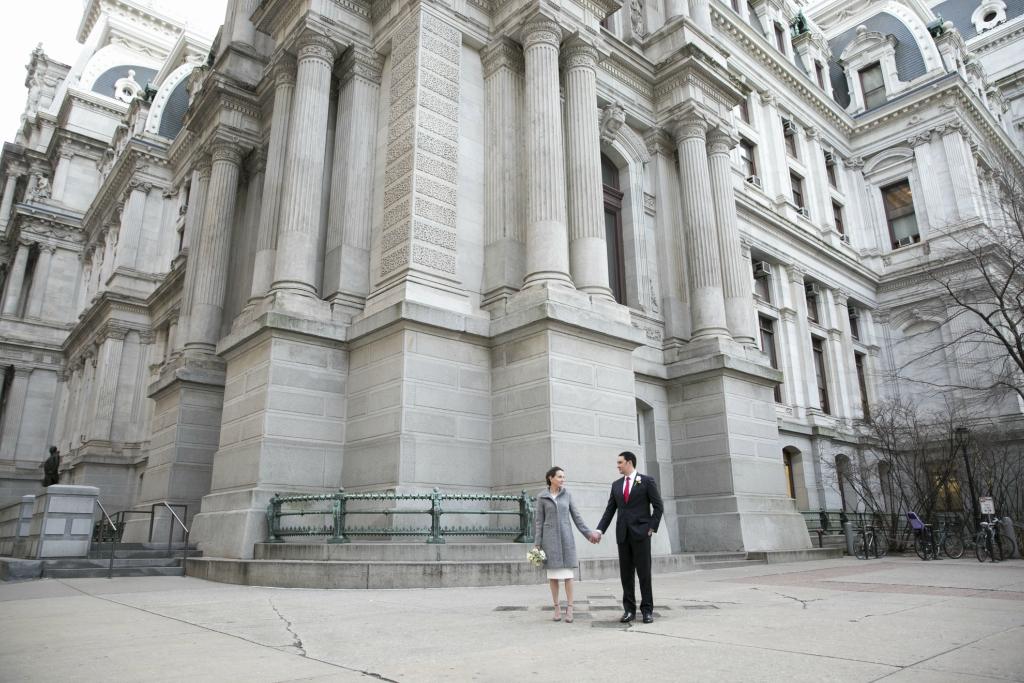 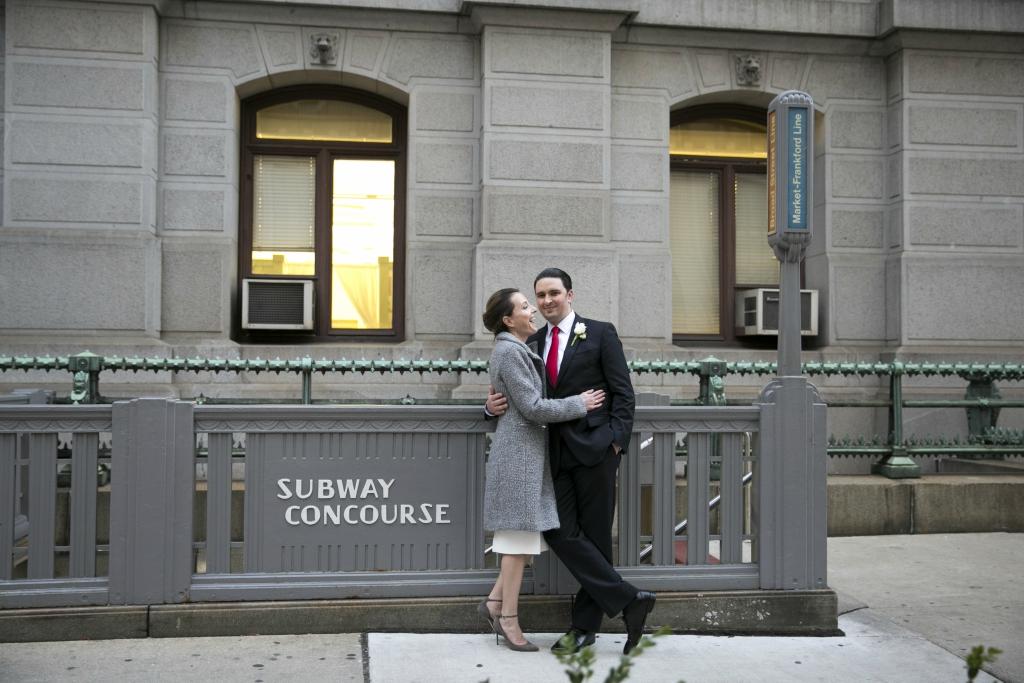 Bride’s Wedding Planning Advice:
“My advice would be to really center yourself before diving in. Who is going to be planning the wedding? Will it mostly be the couple, or do you know you want extended family involvement? Beware of how to juggle everyone’s opinions for what that day will look like. My family and I had a lot of difficulty, particularly my mom and me, because we kept focusing on the what-ifs. I think we both went in with too narrow of expectations, and this even led to some power struggles, tough conversations, and disappointment! What if the weather is bad? How will dinner go if we can’t fit everyone in the same room. We were having trouble finding a venue that didn’t have some or all of these problems. We did not want a reception to be in a large, impersonal hotel banquette room, so that made it even more frustrating in our search for a venue. All the time that went by even led to my in-laws losing hope about whether or not the wedding would ever happen! If a family or couple find themselves in this scenario, I would consider opting for something similar to a civil ceremony. You can always have a big wedding party or celebration at a later time. Of course we have yet to do this yet!”
Groom’s Wedding Planning Advice:
“My advice, as a male, is to go with the flow, even when asked what you opinion is just say “whatever you would like honey….” 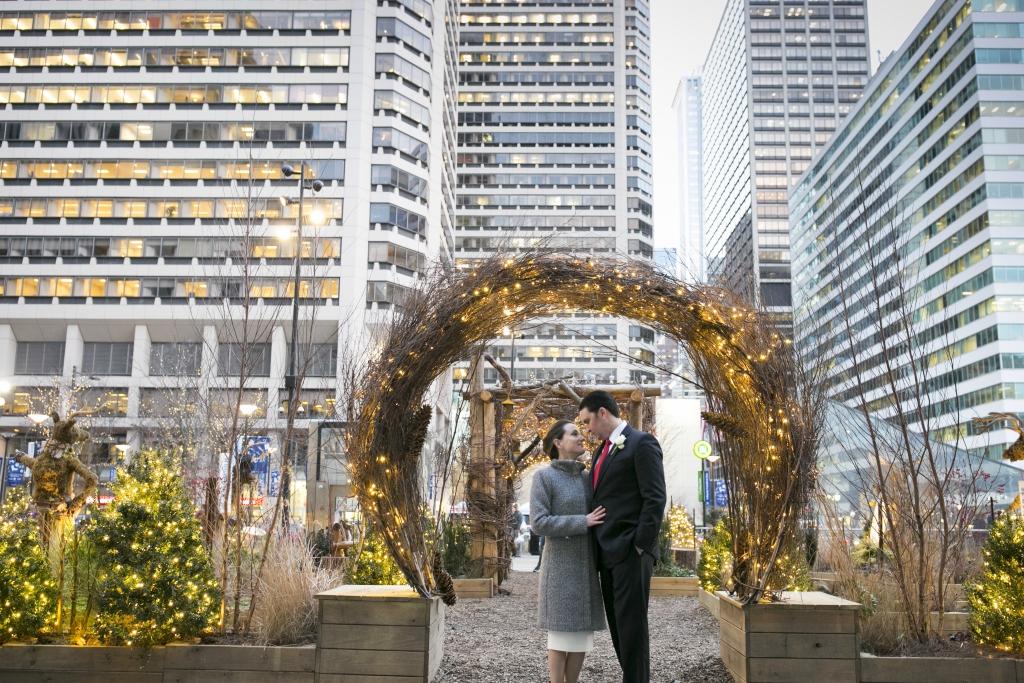 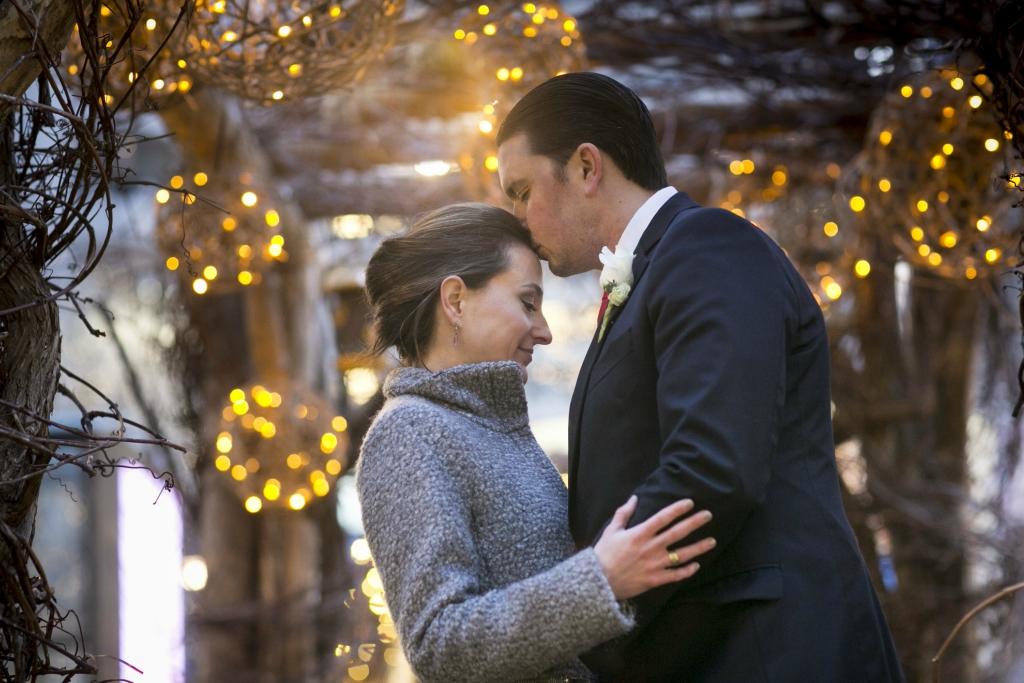 Wedding Vendor Experience:
“I basically worked with two vendors. My mother’s friend in Washington DC, Suzanne Cody, did the flowers. I then kept things simple by going to BLO-OUT for my hair and make-up. The star vendor was of course our photographer, Heidi Roland. She was simply amazing, and gave the day the structure it needed. Heidi had done other city hall weddings in the past, and her work was just beautiful. She made the day special, and I will treasure our pictures for a long time. We never photographed the other things that many couples do now like engagement shoots, maternity shoots, and newborn shoots. This was the first time a major aspect of our life was so beautifully and professionally captured. Heidi has such a warm, but confident style in how she directs. She was a pleasure to work with!”