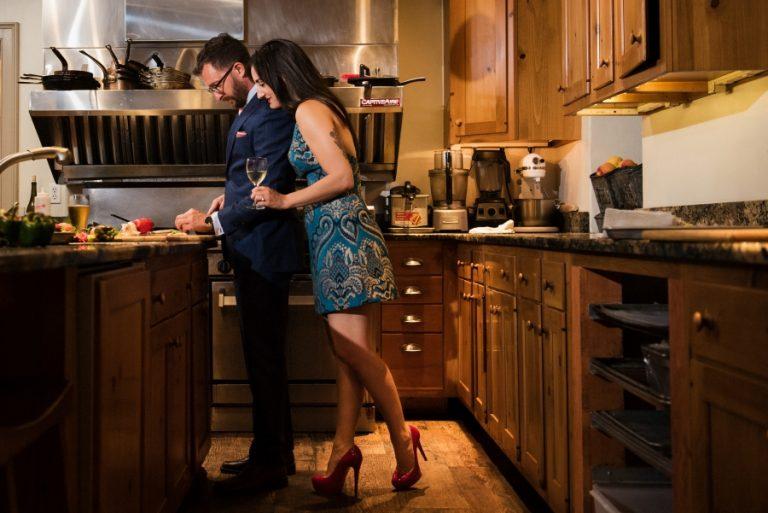 Masterchef Winner Finds Love in the Kitchen by Black, White and Raw Photography

Black, White, and Raw Photography perfectly captured romance in the kitchen!  This delish engagement session gives a bright perspective to the truism, “cook with the ones you love.”  Courtney and Dave fell in love in the kitchen, and now their love is sizzling hot, as they dance and cook their way through each others hearts.  The beautiful photos below are a slice of beauty, and we are loving every moment of it!

“Philly local, Courtney Lapresi, was the winner of Fox’s Masterchef, season 5, with no professional cooking experience whatsoever.  After winning the nationally televised cooking competition, she wasn’t allowed to tell anyone that she had won until the season aired. In the meantime, she began working in her first professional kitchen where she met her husband Dave Notartomaso.” 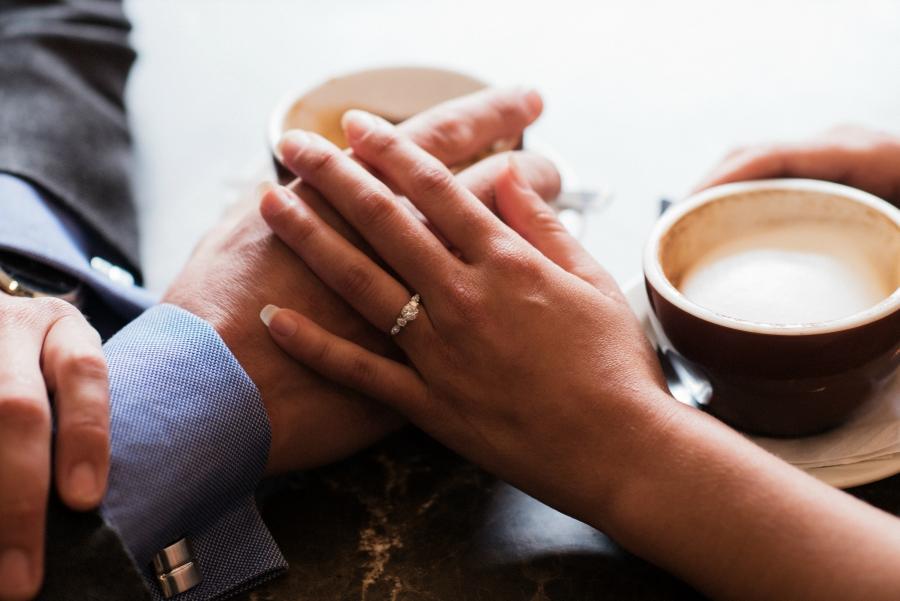 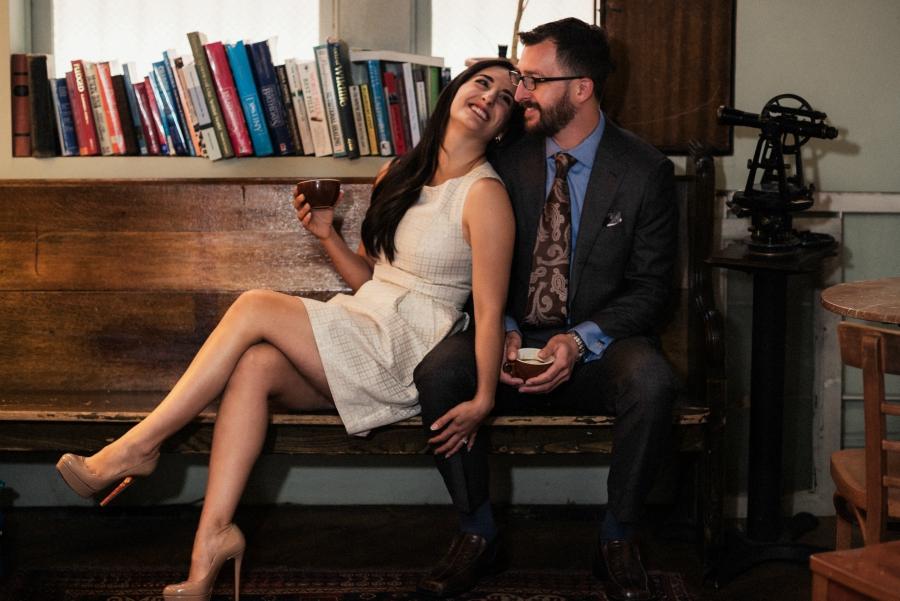 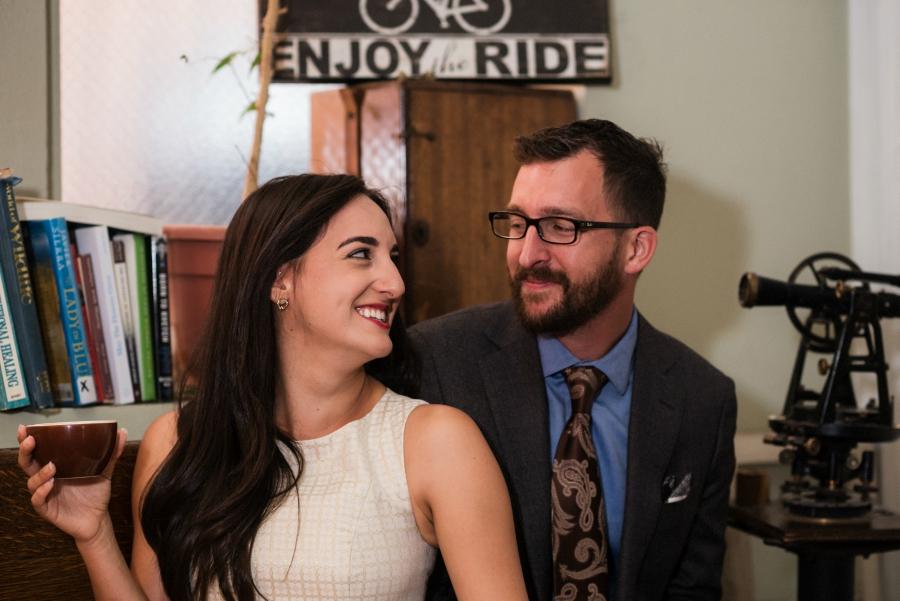 From the Bride, Courtney Lapresi: “We met right after I finished filming Masterchef so the first part of our relationship was me hiding out in his apartment and writing my cookbook, Everyday Fancy (but he wasn’t supposed to know I was writing it) I just told him not to ask me any questions when I needed him to taste a recipe I was testing. He didn’t like that I was on a reality show so he started giving me tasks at work that were more advanced, testing my ability, and then was really surprised when I was able to complete them. Also, one of our first interactions in a kitchen was him scolding me after I reached for his knife to use- “NEVER touch another chef’s knife” so I went and bought the same one he had just to piss him off 😆 that’s actually my knife he’s holding in the photos- I guess when you’re married there is no more ‘mine and yours’ “ 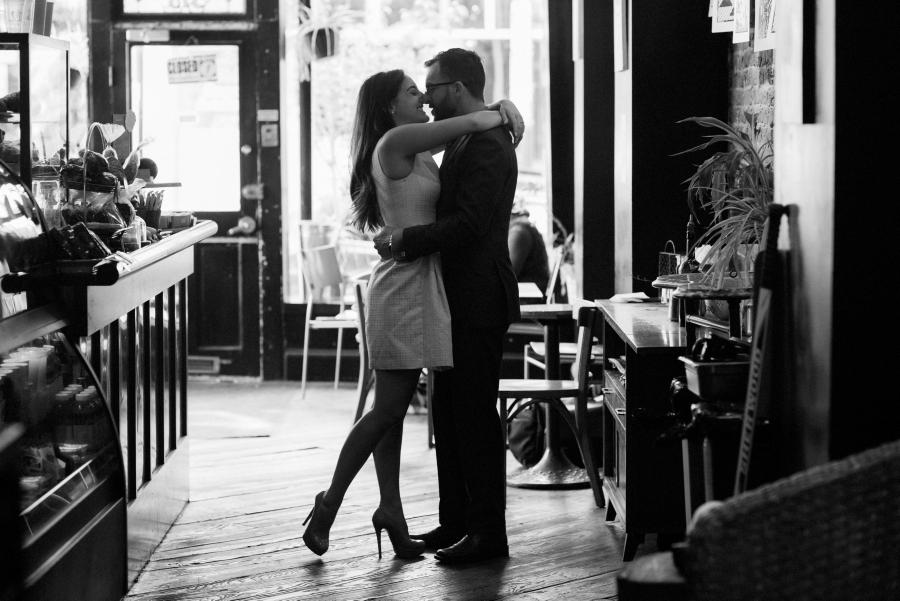 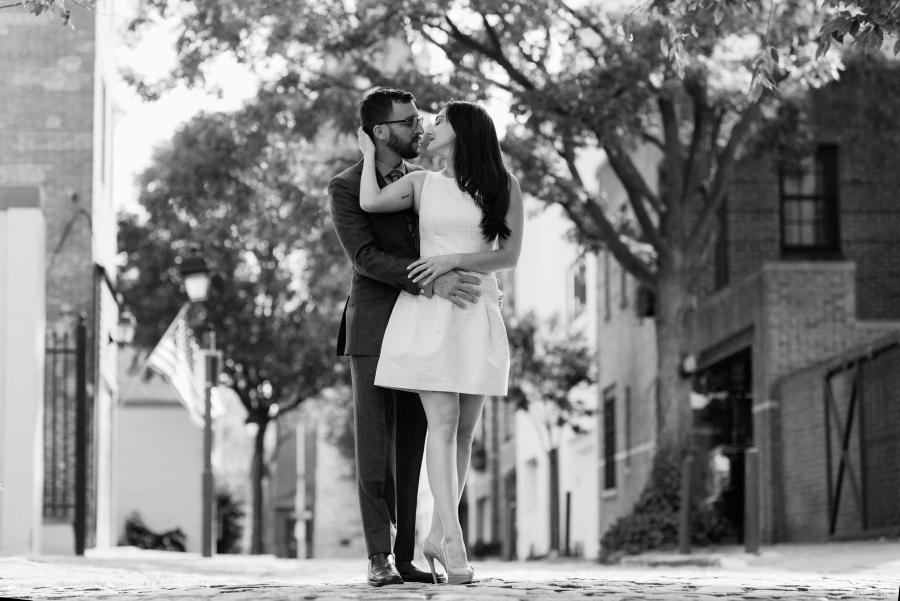 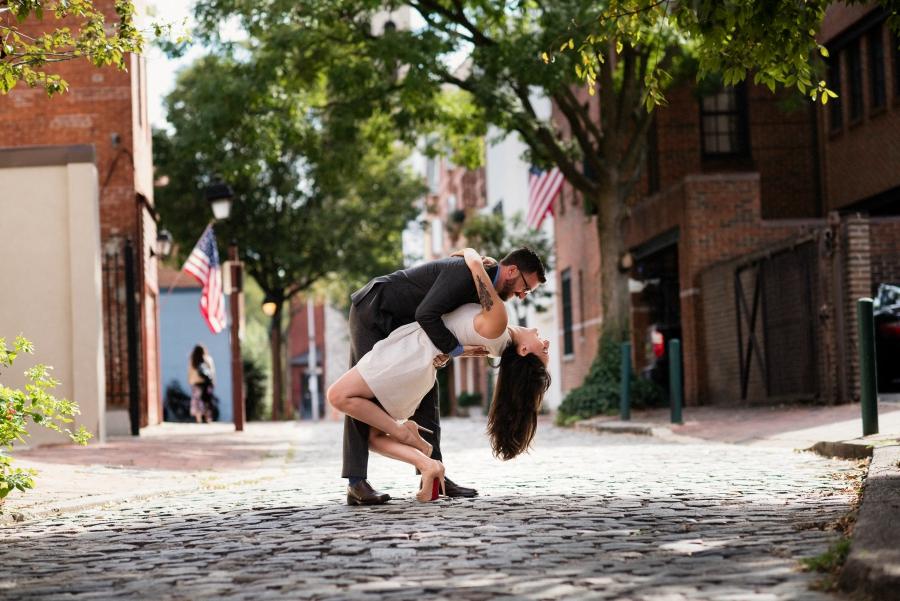 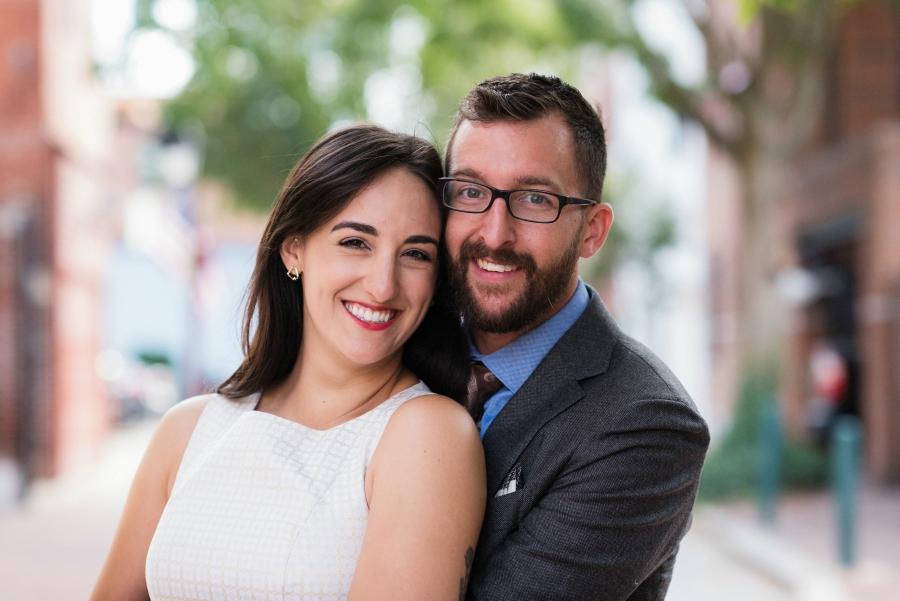 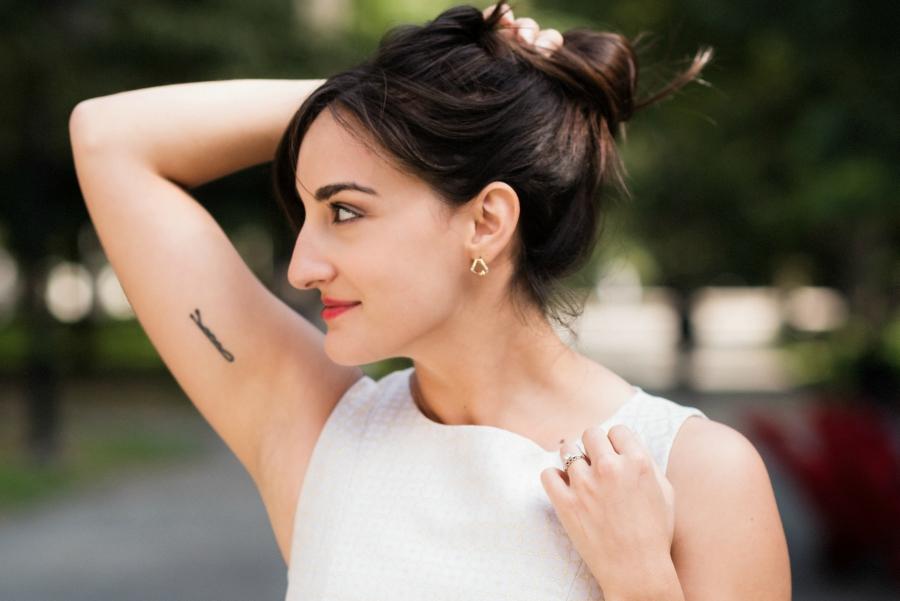 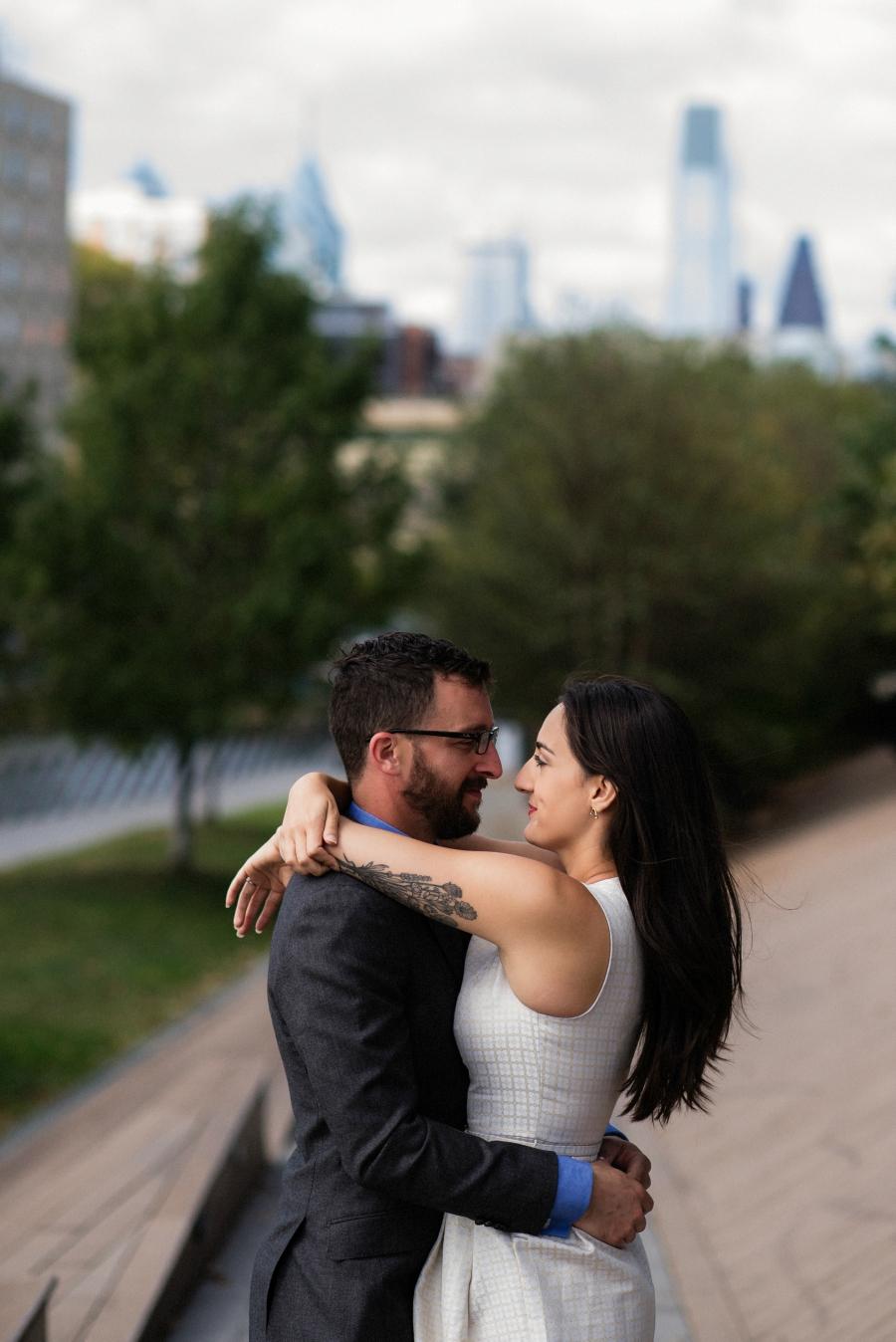 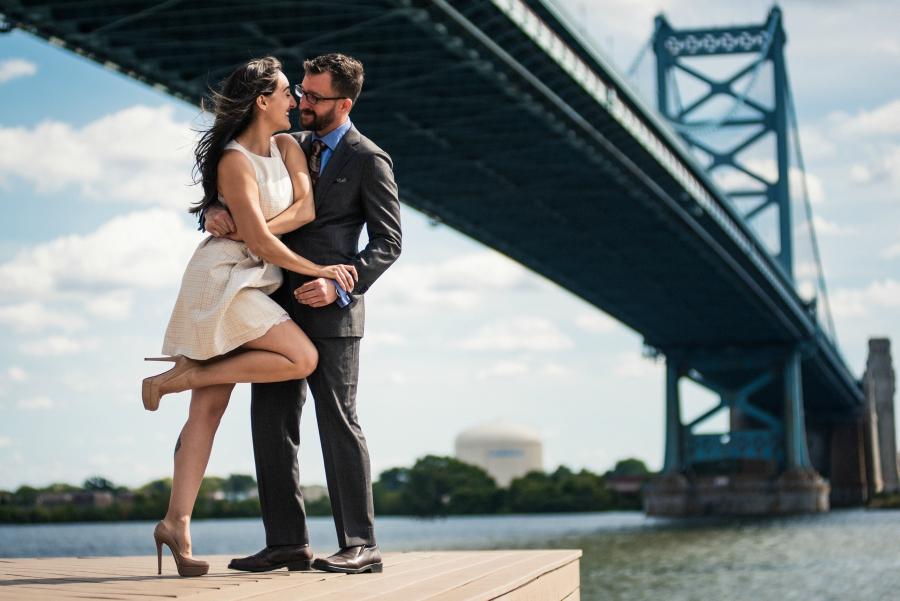 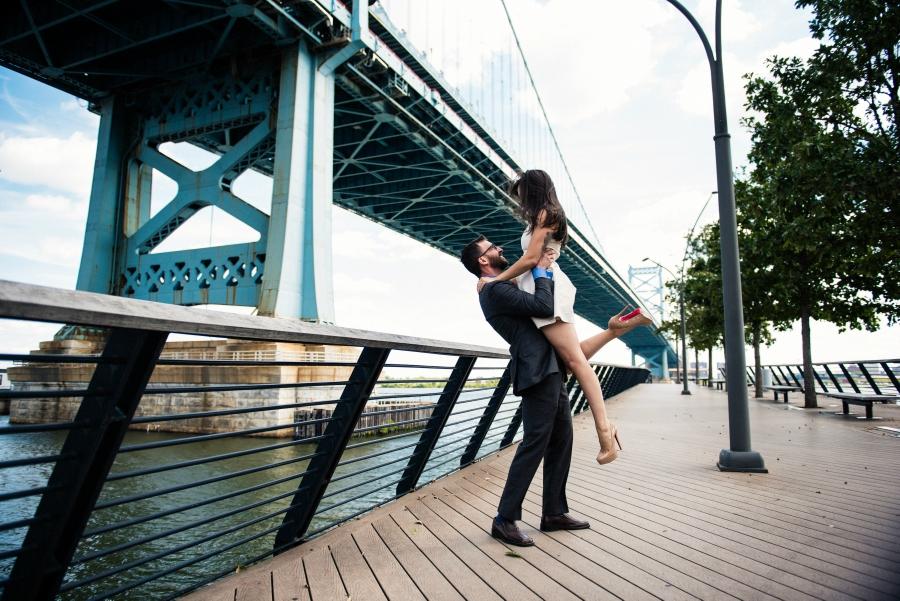 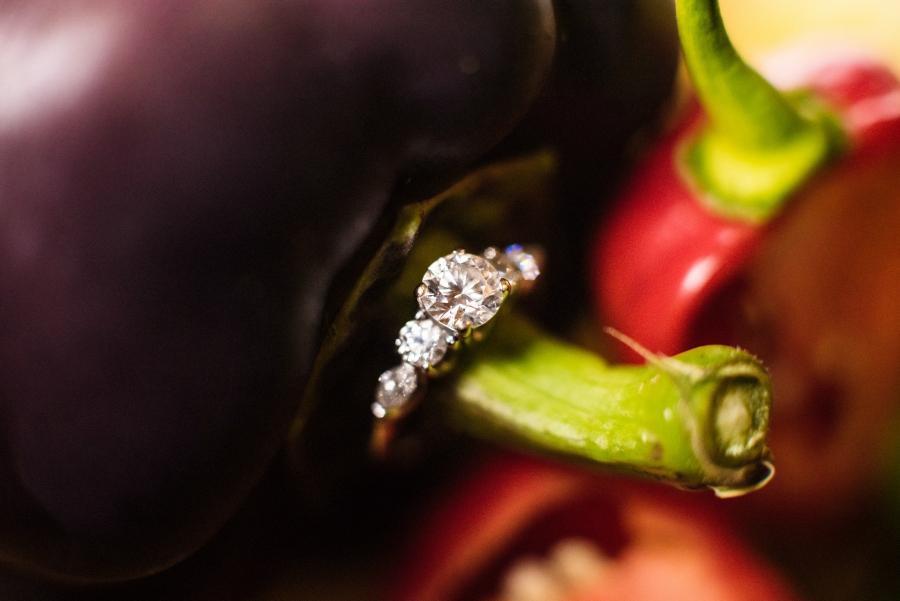 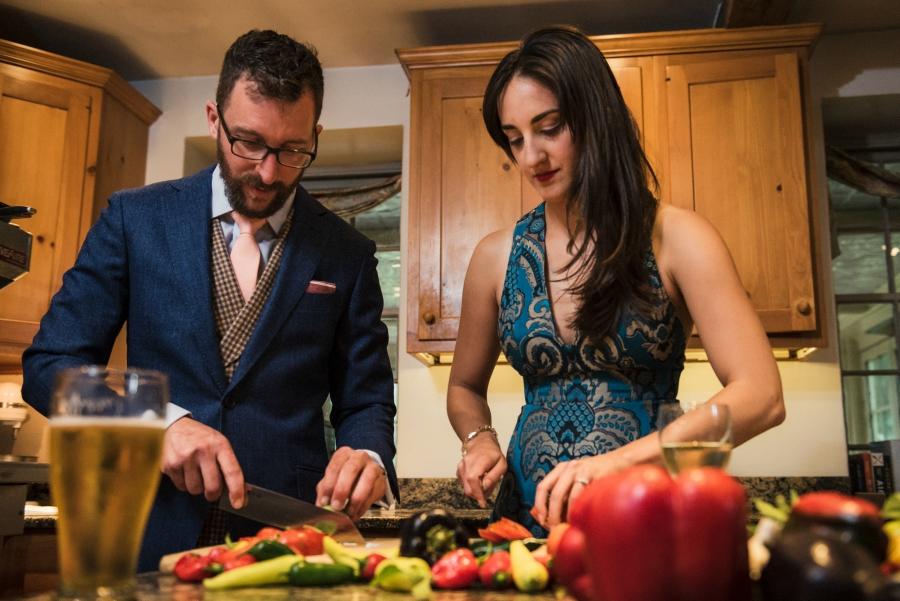 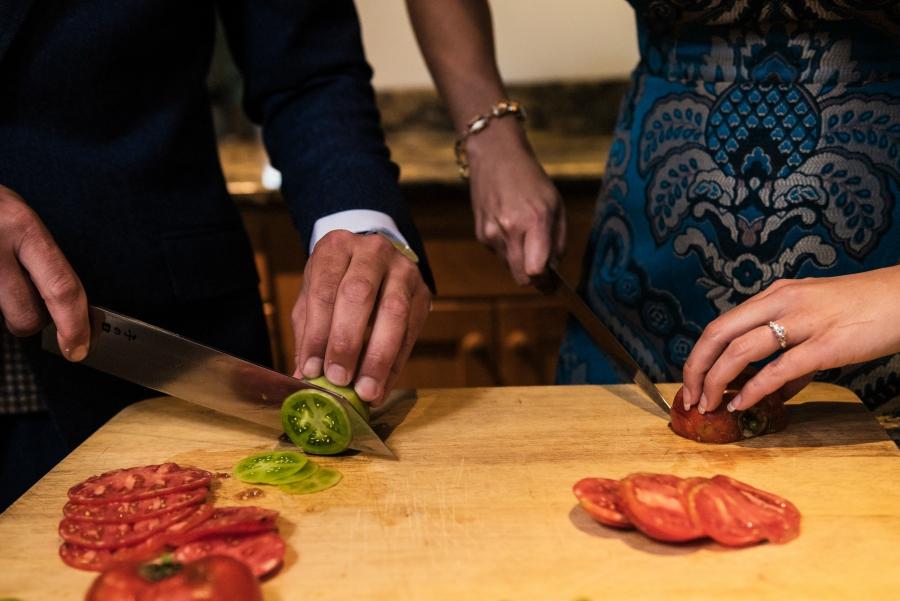 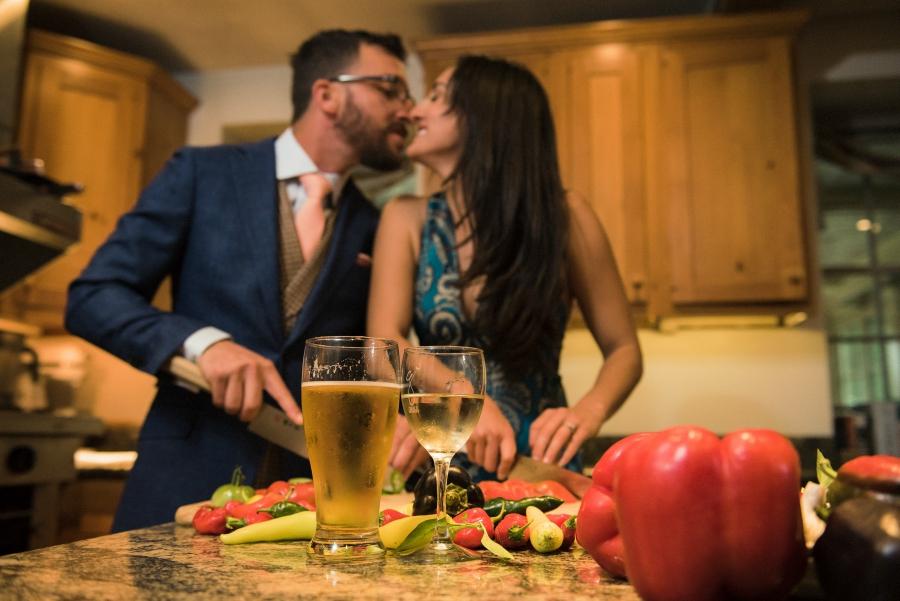 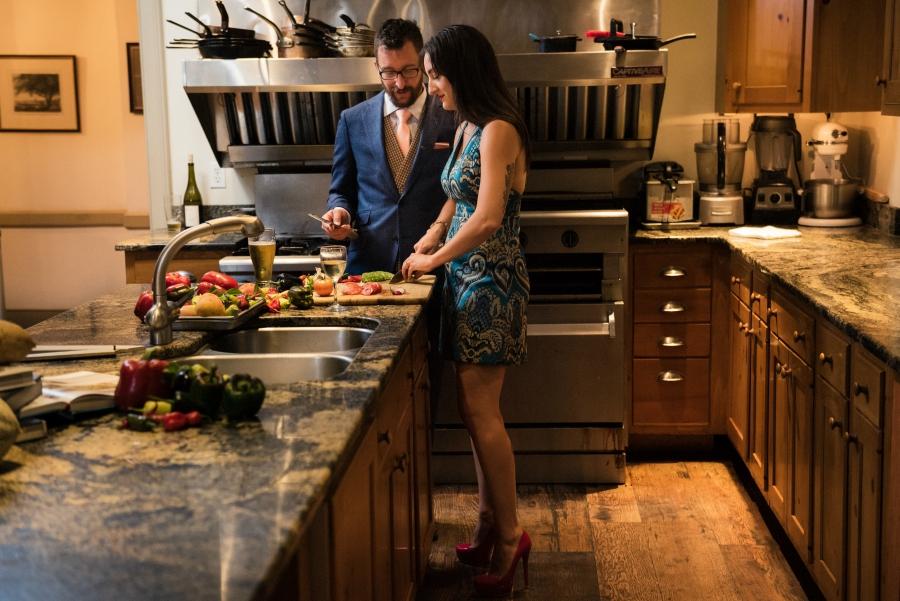 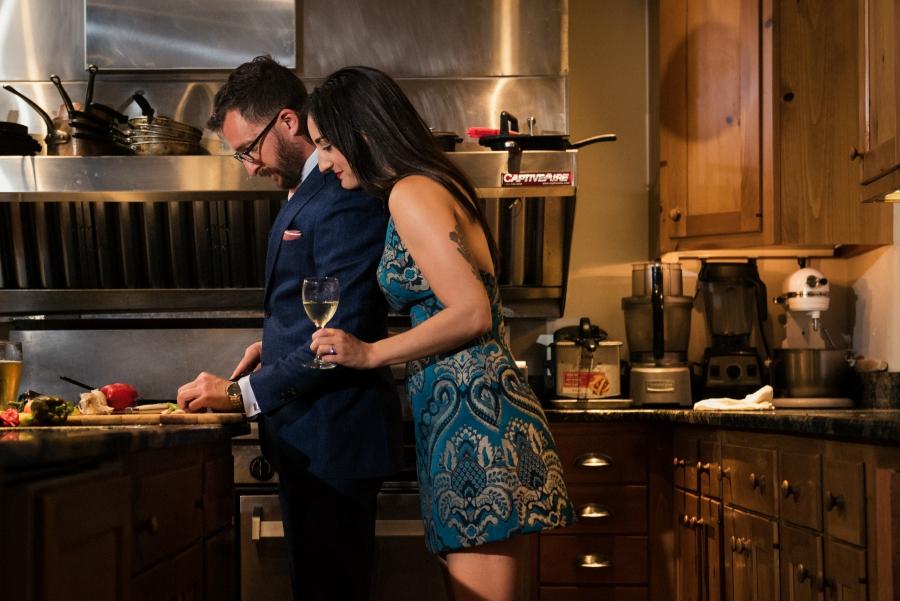 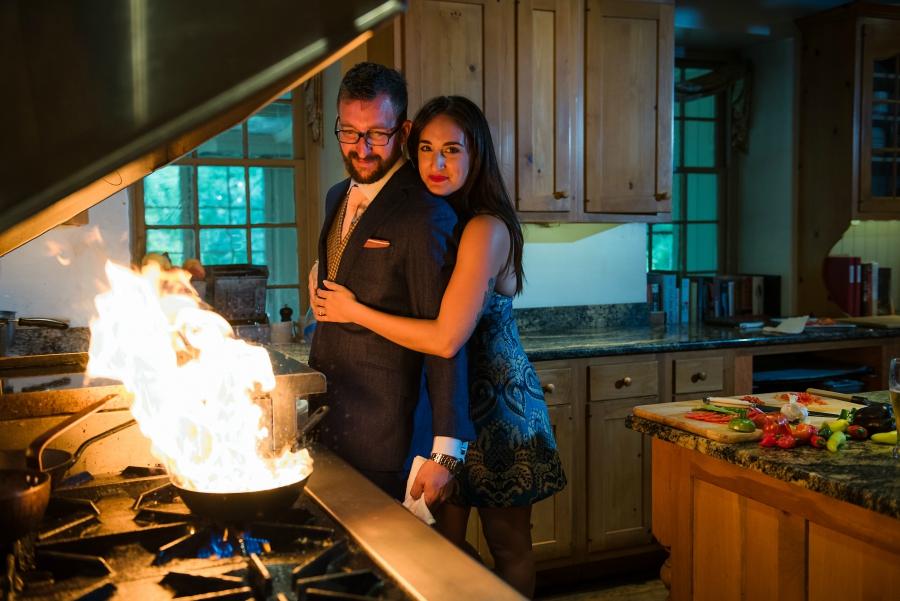 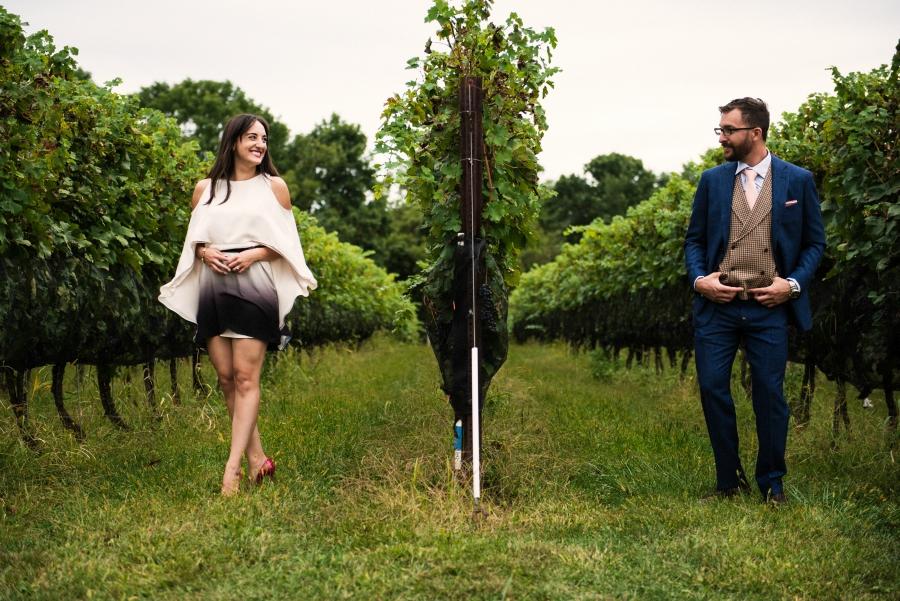 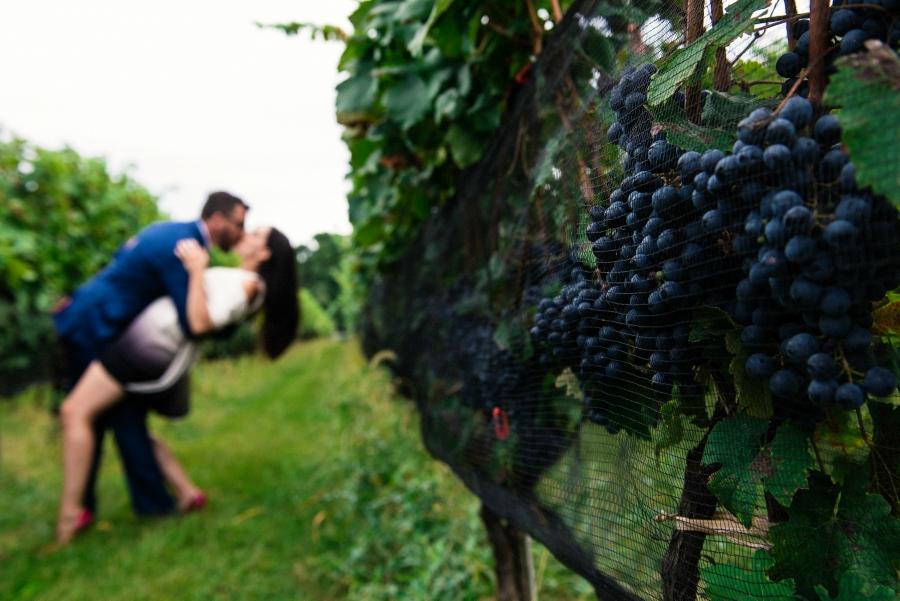 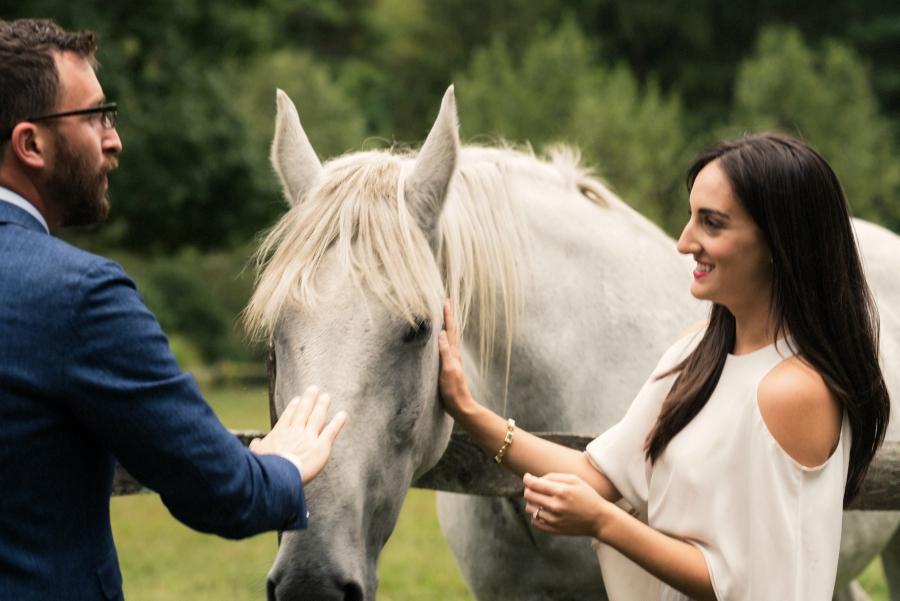 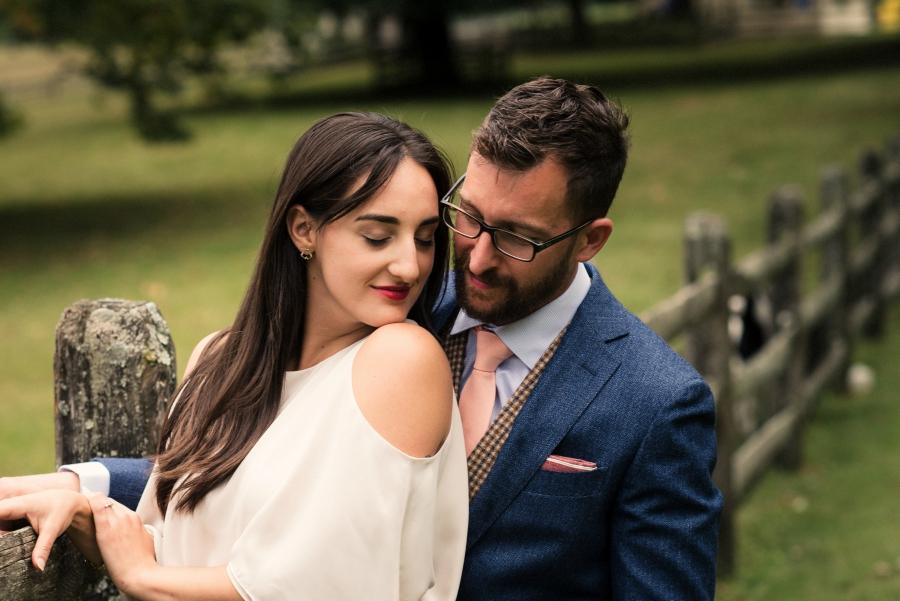 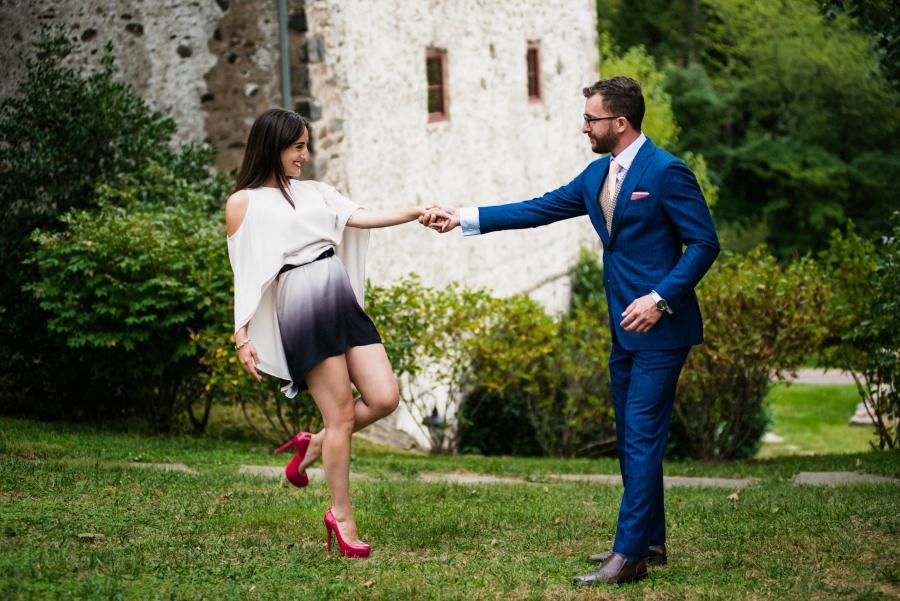 From the Photographer, Lori Foxworth:”Courtney and Dave are currently living in Colorado but wanted their engagement photos back in Philly in spots that have special meaning to them.

We started at Milk and Honey, a cafe near Dave’s old apartment that holds special memories for the couple. We stopped in Old City where we discovered that Dave is capable of the perfect romantic dip, after which I’m pretty sure we made him dance all over Philly. They wanted a few shots with the Ben Franklin Bridge, so Race Street Pier became our dance floor and backdrop.

We spent the rest of the afternoon at Grace Winery where chef Scott Megill allowed us to use his beautiful kitchen for some shots of the chefs-in-love with their personal knives from Korin Knives in NYC, that they had flown in to Philly just for our shoot. I wanted the kitchen shots to be moody and romantic, a contrast to all the bright city images we had gotten so far. We then strolled out to the vineyard, when the two snuggled, lifted and kissed among the rows of juicy grape clusters.”