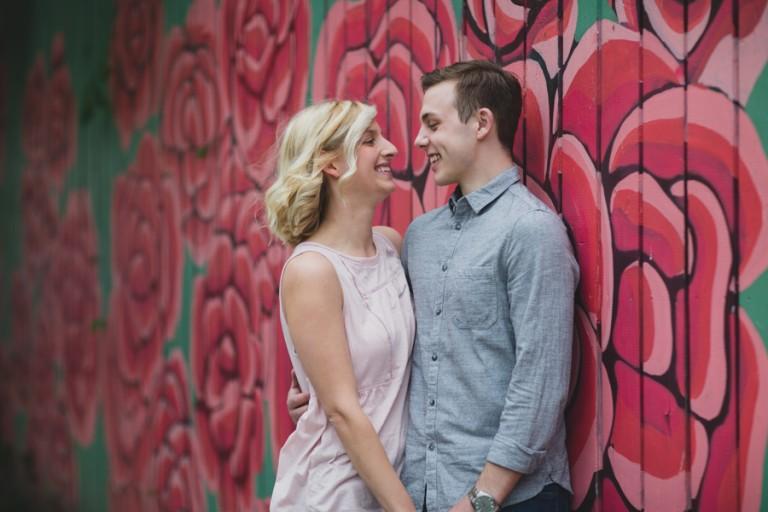 Iluminada Photography artistically captured a vibrant gallery of photos for this newly engaged couple!  Elizabeth are Josh are wholeheartedly a perfect match for each other, and their noticeable wedding joy is exhibited through loving gestures and boundless smiles.  Set behind a collection of Philadelphia Murals, this engagement session is chuck full of radiant color and illustrious art.  These murals are assuredly backdrop perfection and this imaginative couple simply showed us how much beauty +  love there is in Philly! 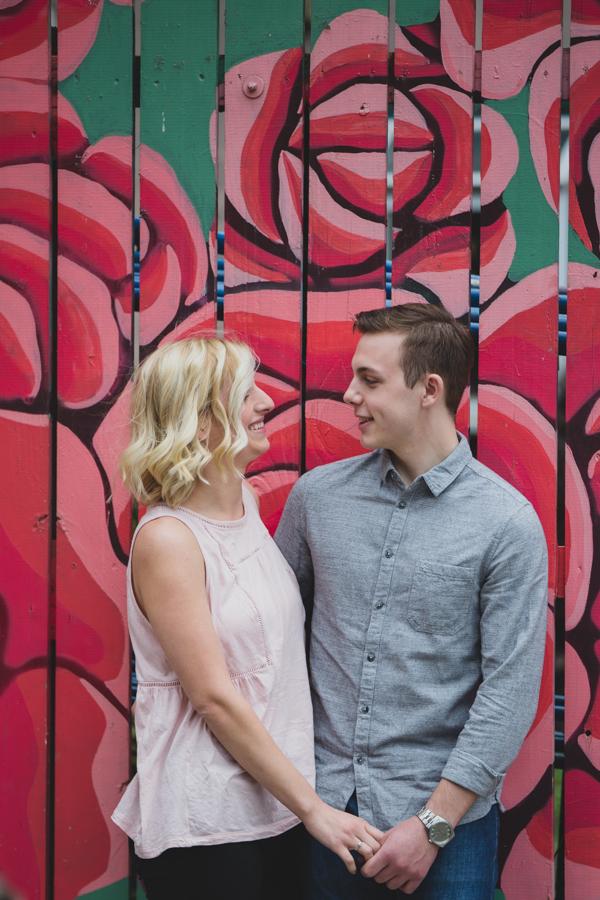 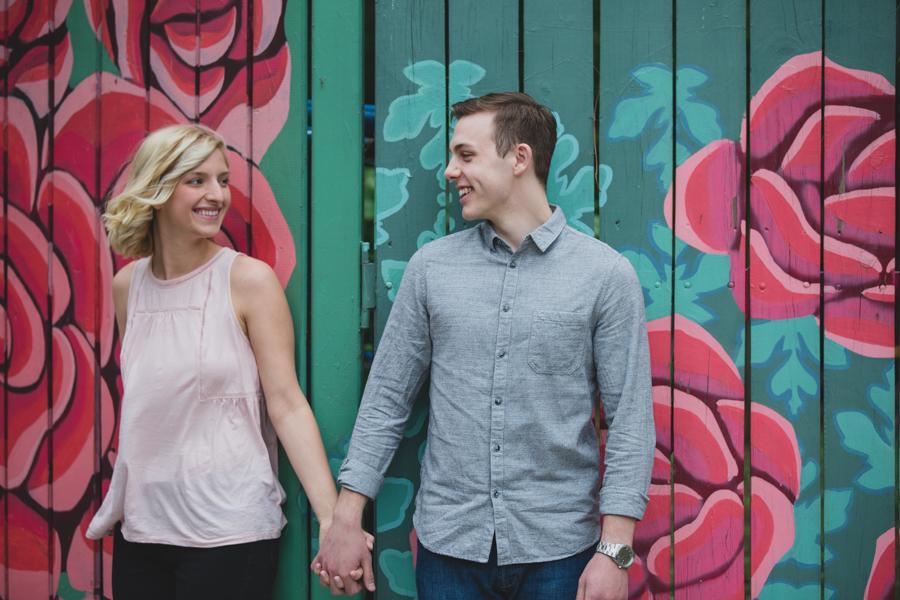 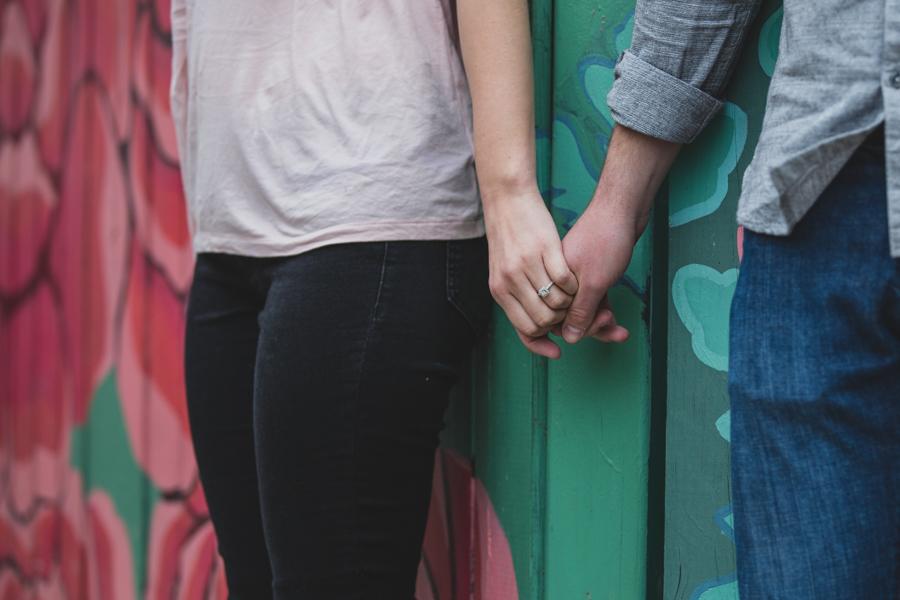 From the Bride-to-be: “Josh and I met our freshmen year of college while attending Saint Joseph’s University. Josh lived on the floor above me with a few of my friends. One night I went upstairs to see what everyone was doing and Josh was the only person there. I ended up staying and watching a movie and then we stayed up talking for hours. It was almost immediately that we knew we wanted to be together after that and the rest just fell into place!” 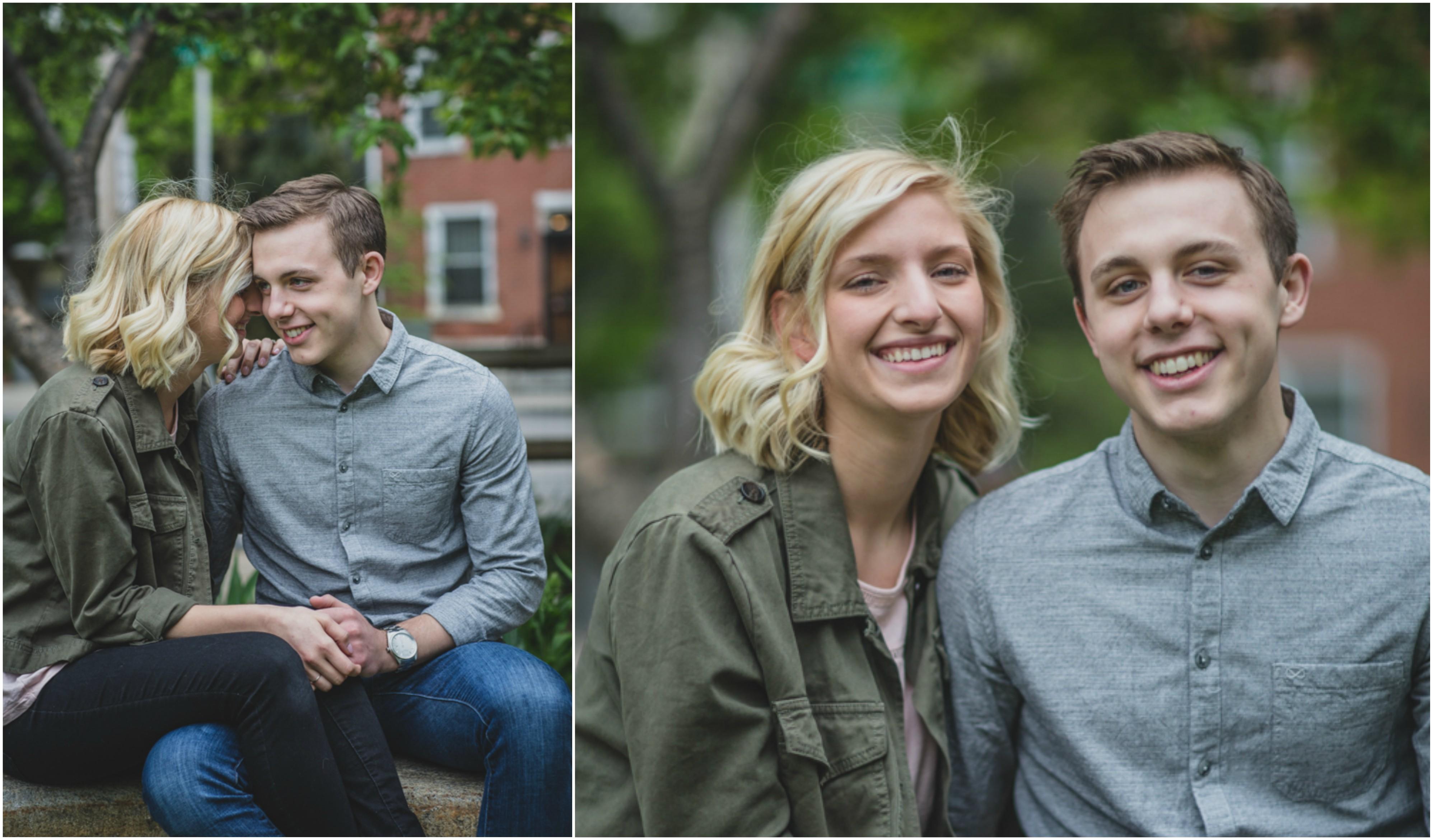 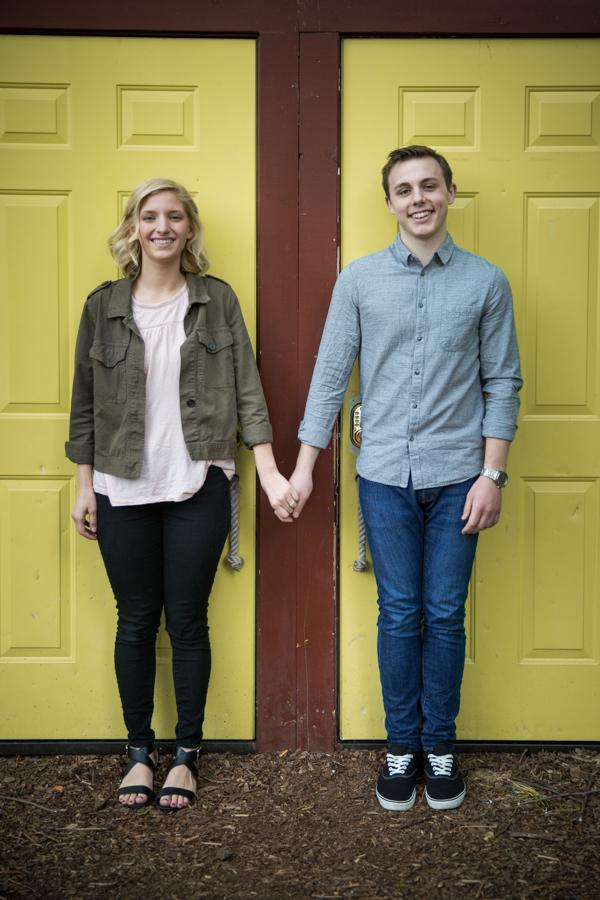 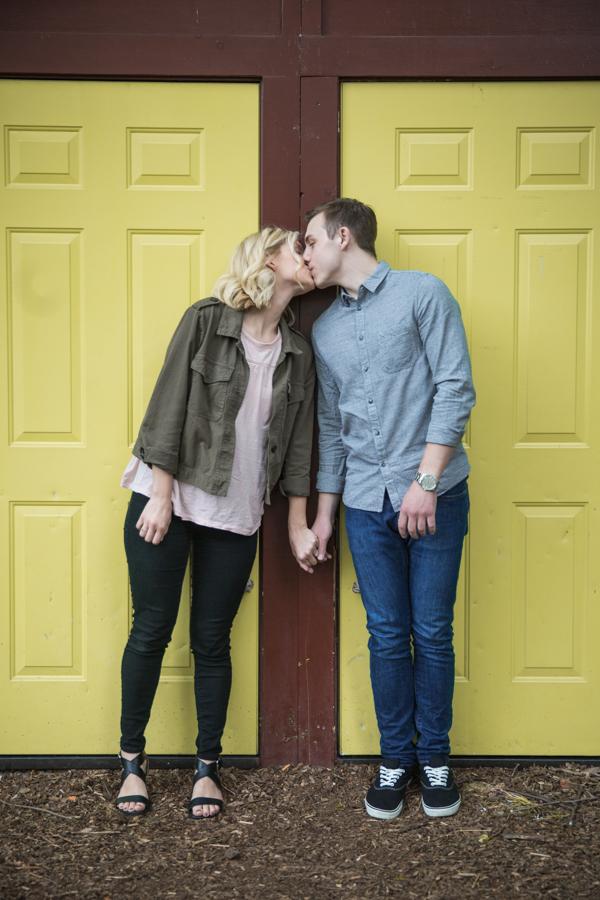 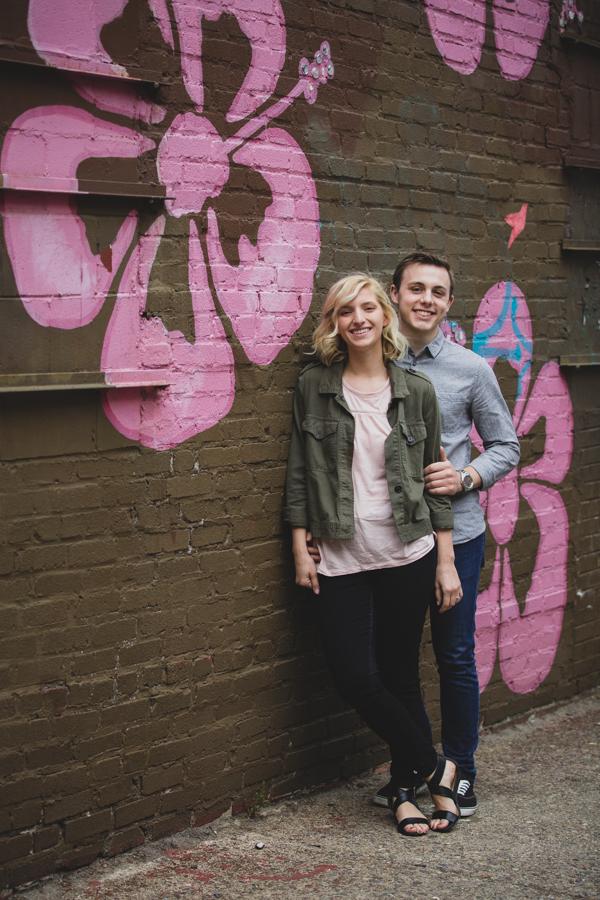 “Josh is one of the nicest and most caring people you will ever meet. He cares about everyone over himself and would do anything for anyone if they needed him to. He is always looking out for me and focused on making me happy, which I will admit makes me feel very spoiled sometimes! He is also so much fun to be around. I am constantly laughing and smiling when I am with him because he has the best sense of humor.” 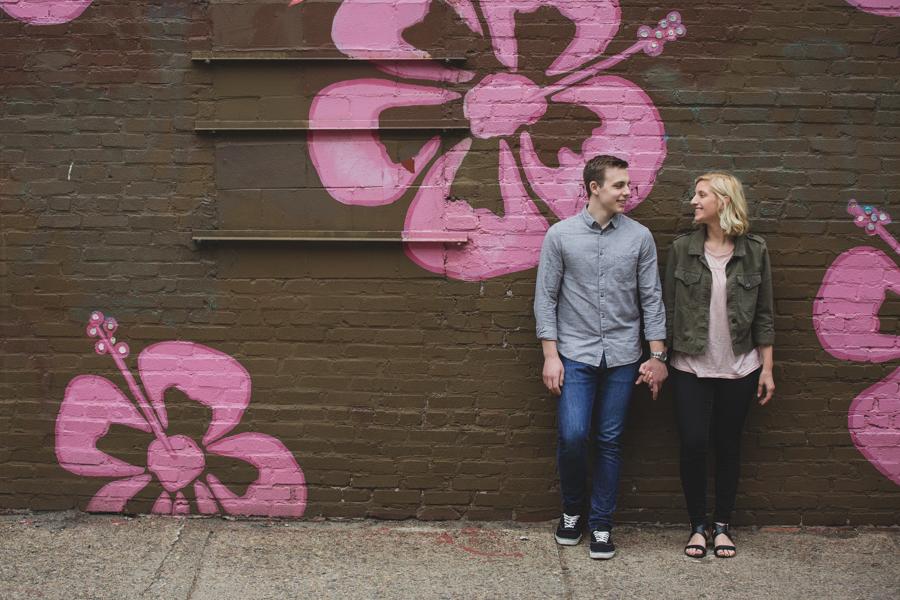 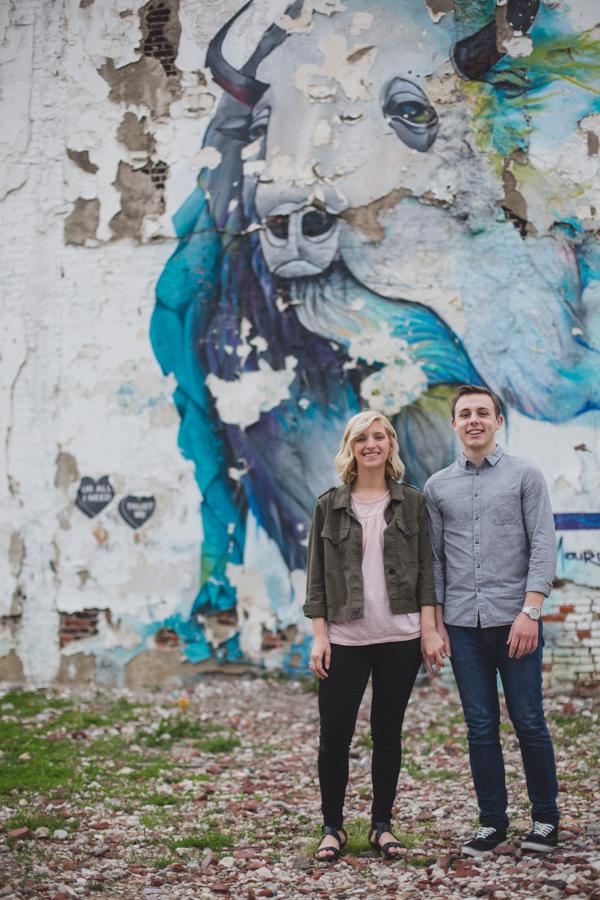 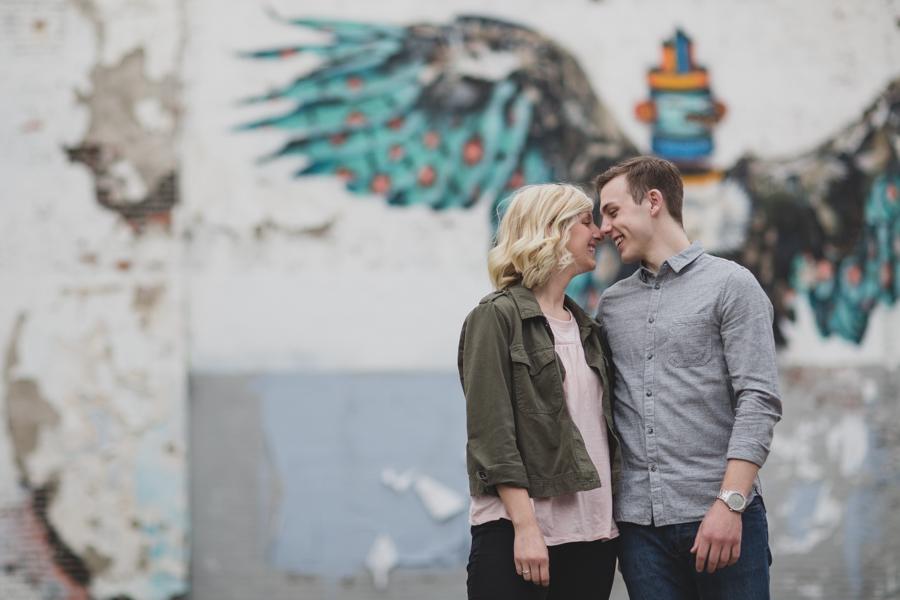 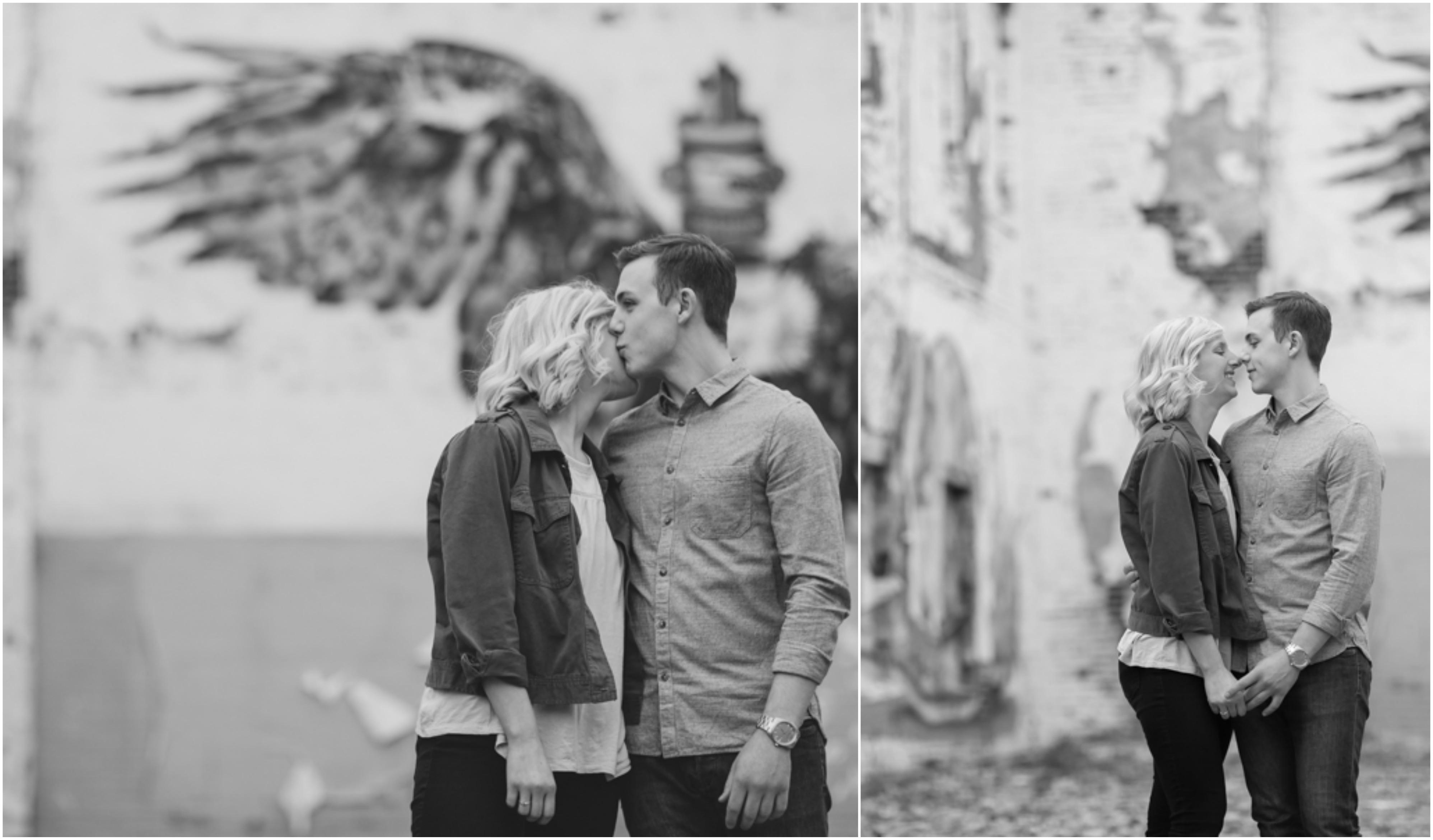 “Josh and I took a trip to New Orleans for a week and had a very romantic night planned. I had absolutely no idea that he was going to propose, so I thought we were just splurging and spending a night on the town. Before dinner, we had a carriage ride planned throughout the city and the plan was to get dropped off at the restaurant. Before the ride started, I decided to ask for a history tour (whoops) and ruined his opportunity to do it there. He then asked if the driver could loop around to Jackson Square, but I admitted that I was too hungry and we should head to the restaurant (another whoops)! When we got to the restaurant, the hostess asked if she could take our coats and I grabbed mine and Josh’s and handed them over immediately. Little did I know, the ring was in Josh’s jacket and the woman was walking away with it. Poor Josh was having a panic attack and spent most of dinner trying to figure out how he was going to get the ring back. Eventually, he excused himself from the table, came back and told me I was his best friend but he wanted me to be more than that. He then got down on one knee and pulled out the ring (and of course I said yes!). We were in a very private area of the restaurant and it was completely perfect and so romantic. I feel bad for accidentally ruining the proposal a few times, but I’m convinced it worked out for the best (:” 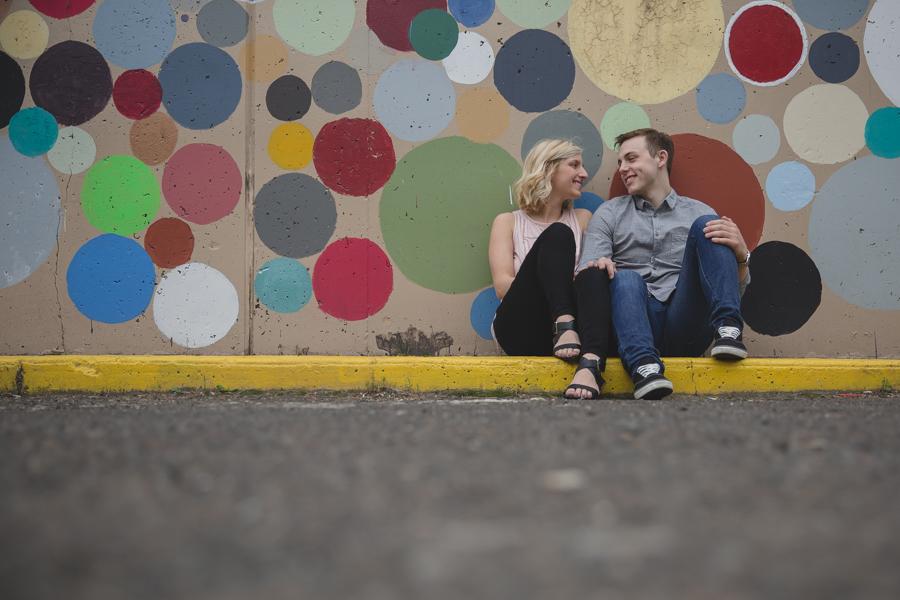 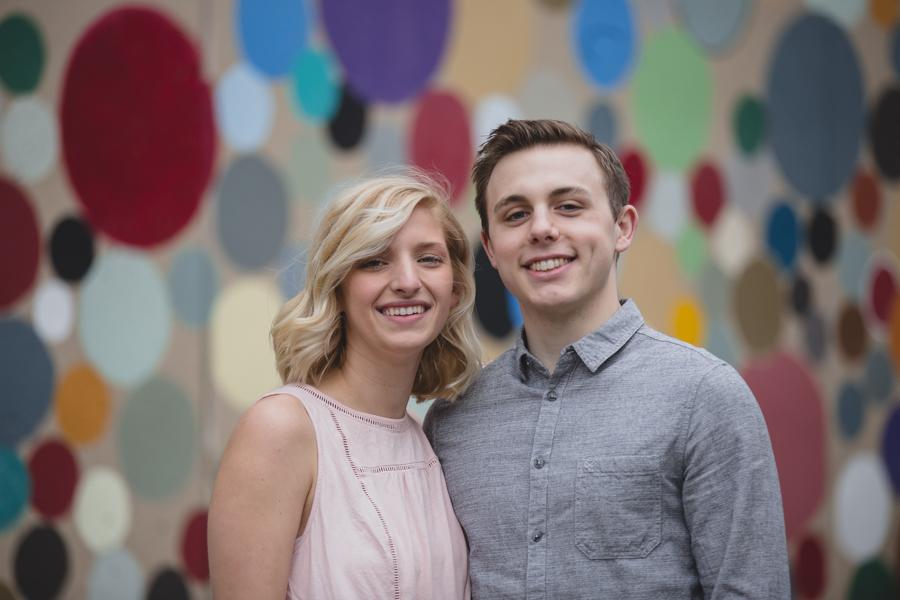 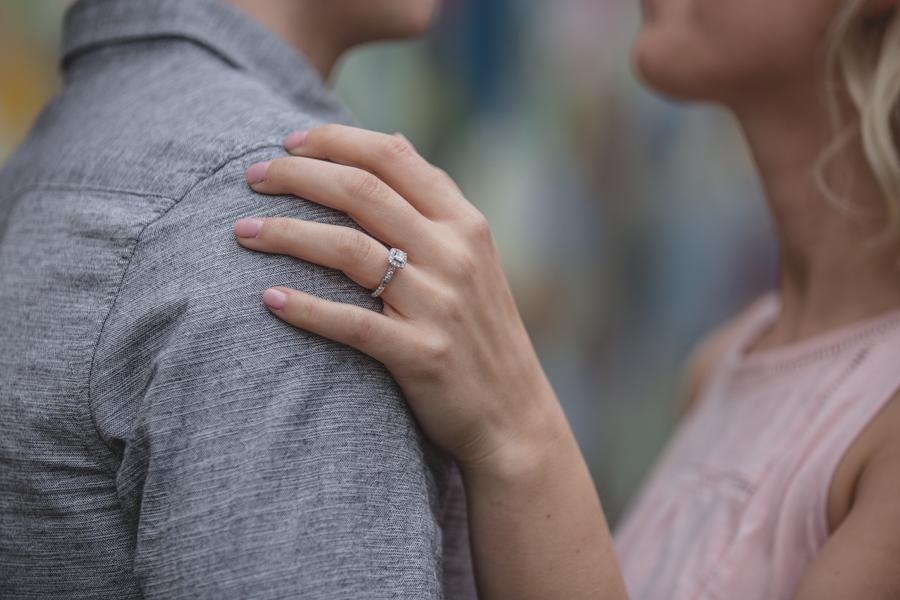 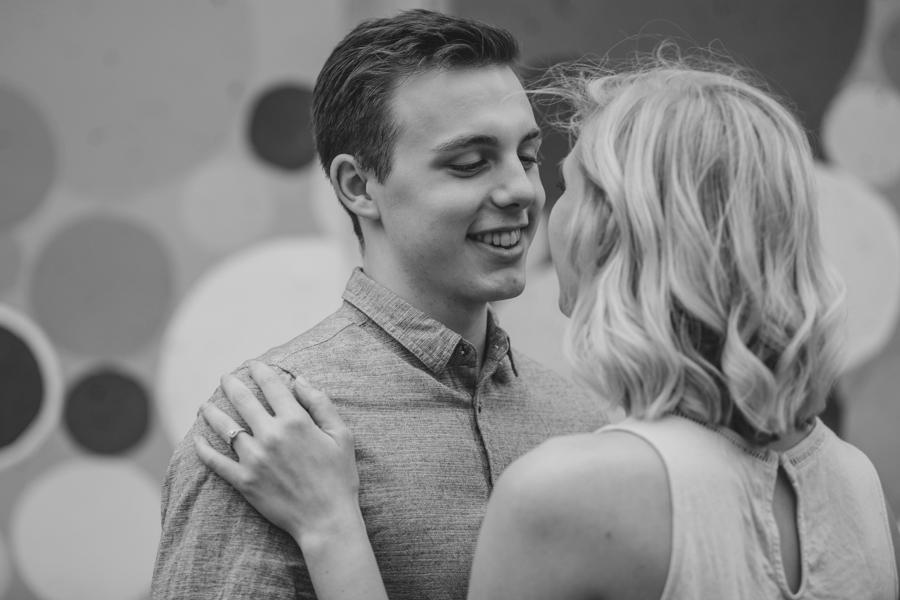 “One thing I knew I wanted was something casual for our engagement photos. We really wanted to do something fun and young since we know that we are going to be having a lot of formal photos from the wedding. Josh and I believe that we are a very awkward couple, especially when someone has a camera and is having you pose, so we wanted to keep it as laid back as possible. We love Northern Liberties and the idea of all the murals and diverse scenery, so we decided to go with that.” 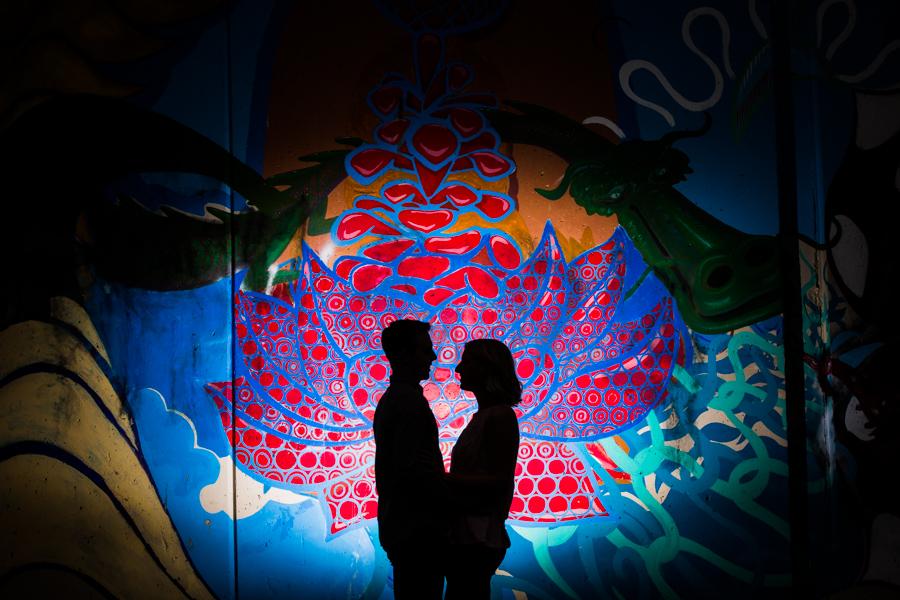 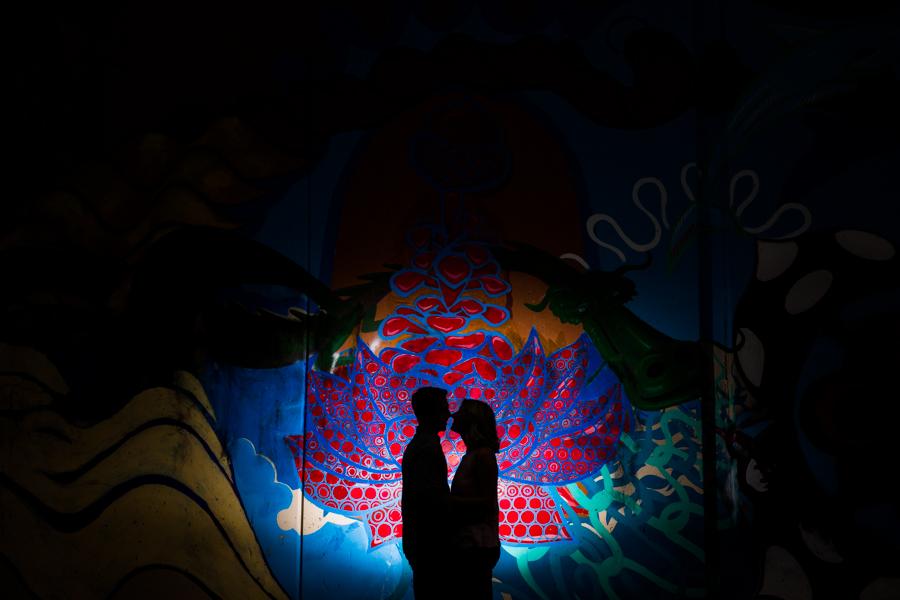 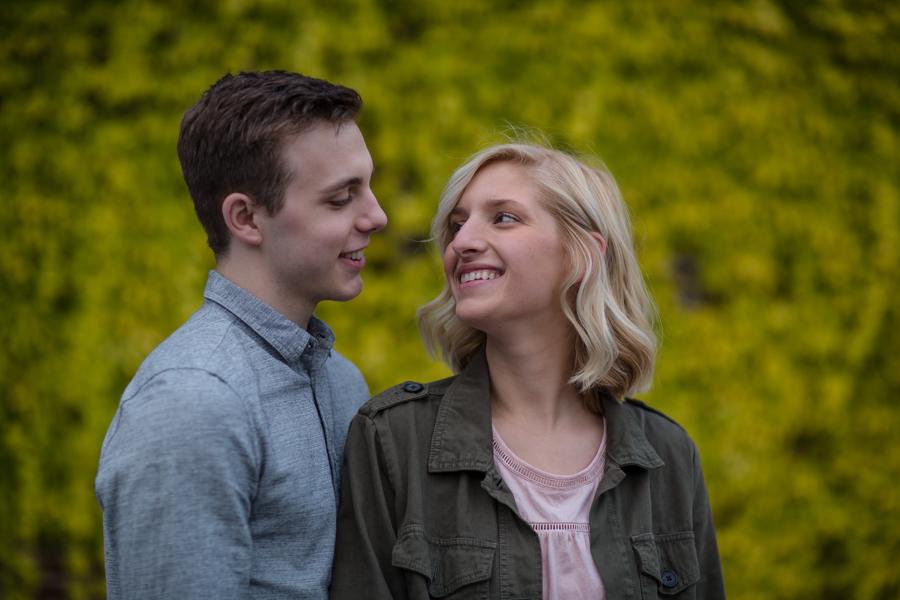 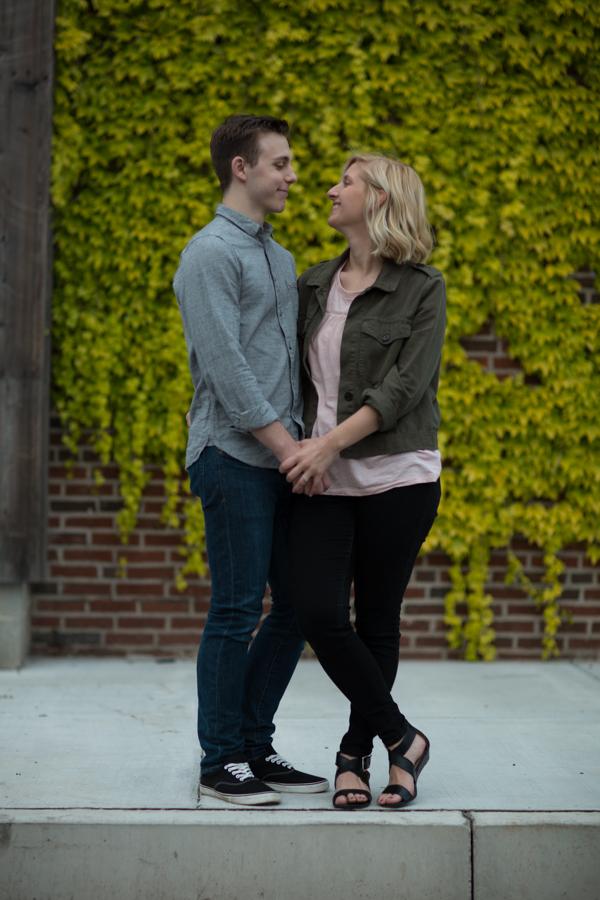 “Wedding planning happened very quick for us. We both agreed on the season and year we wanted to have the wedding, so that wasn’t a difficult decision for us. We knew we didn’t want to rush, so we went with September 2017. I called a place nearby that we were interested in just because I had no idea of what the process was and wanted some information. After the phone call, I was informed they were booked all the way up to November of 2017 for every Friday, Saturday and Sunday. I sat down with Josh and we both decided that we should just go look at venues now and pick one so we wouldn’t have to worry so much about it closer to the wedding. We ended up looking at Cescaphe Events and fell in love with the Cescaphe Ballroom in Northern Liberties. Once we decided on that, everything else fell into place. We decided to go with Beautiful Blooms for flowers and The Vincent James Band as our entertainment. My mom found Iluminada Photography and obviously we are super excited we went with them. Max was very understanding of what we wanted and was really fun to work with! We then reached out to Old Saint Joes church in Old City and the Hotel Monaco and the Sheraton as our hotel blocks. The process was actually very simple once we picked the venue. It seems that many of them have preferred vendors that are all very good and make it simple to pick everything. Overall, the experience has been fun! We have everything planned and just get to enjoy being engaged for a year now!” 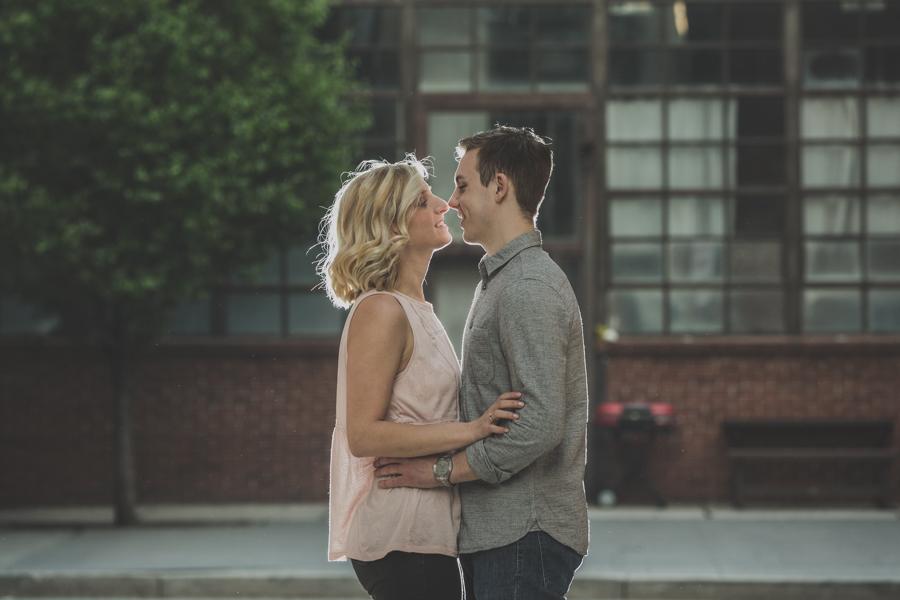 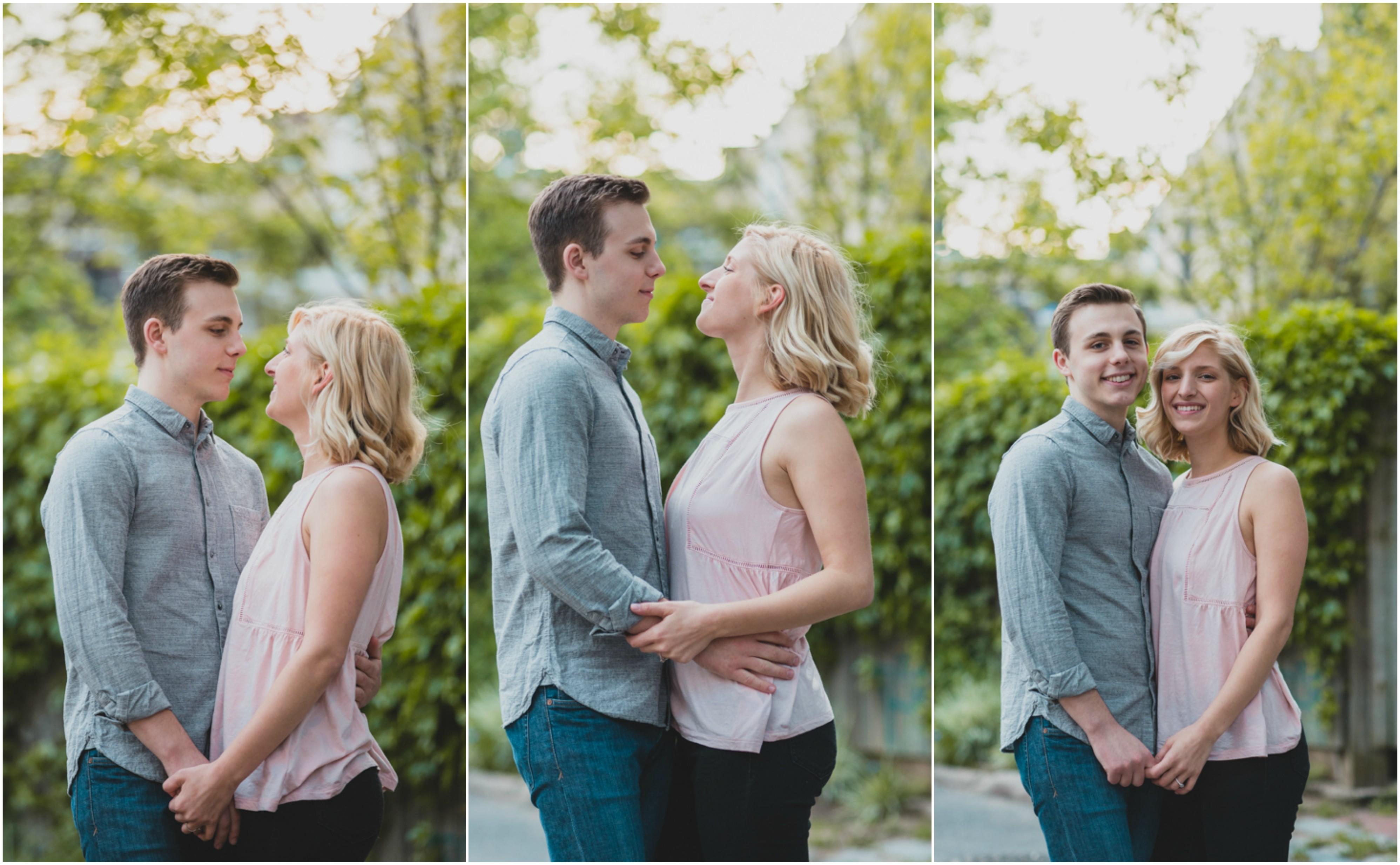 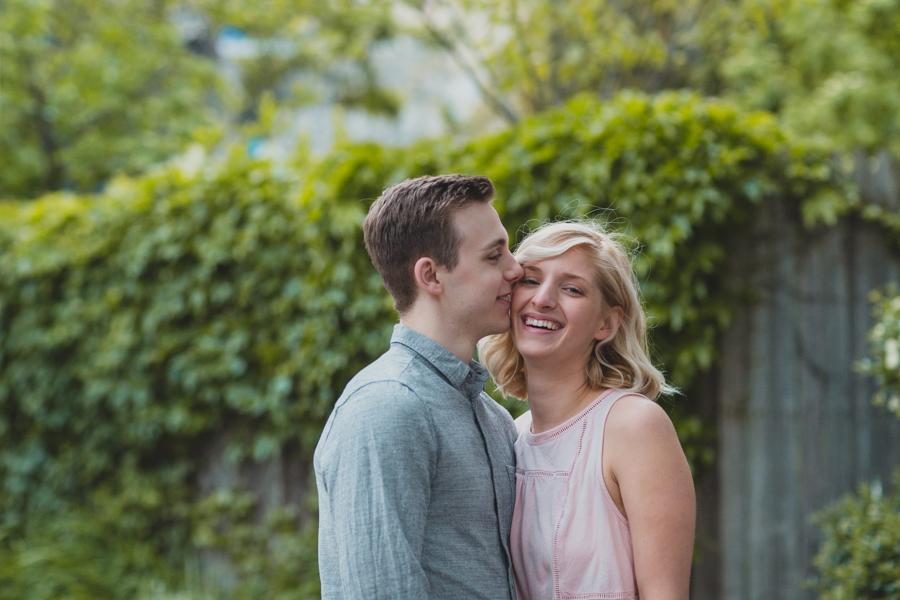 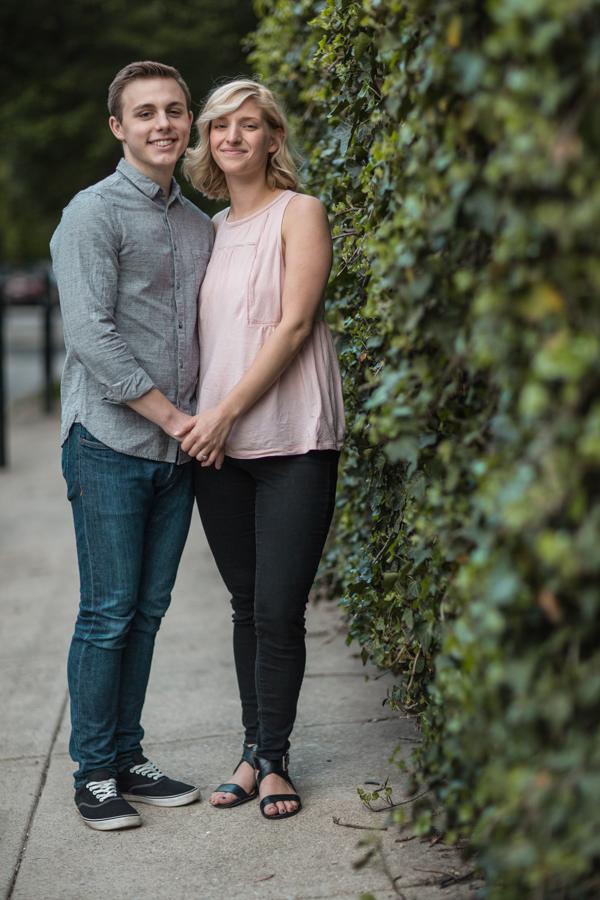 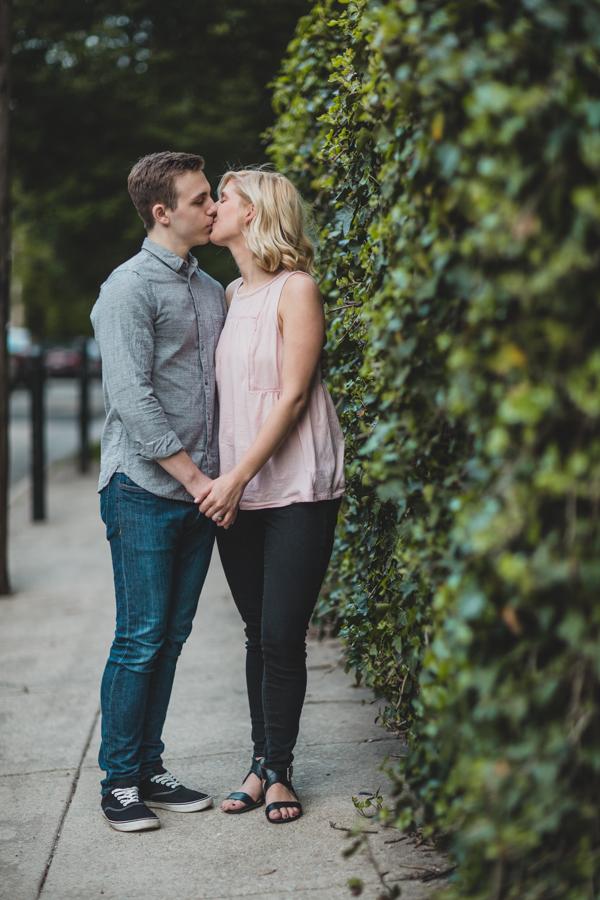 Elizabeth and Josh are tying the knot Septermber 3rd, 2017 at Cescaphe Ballroom! Congratulations you two!