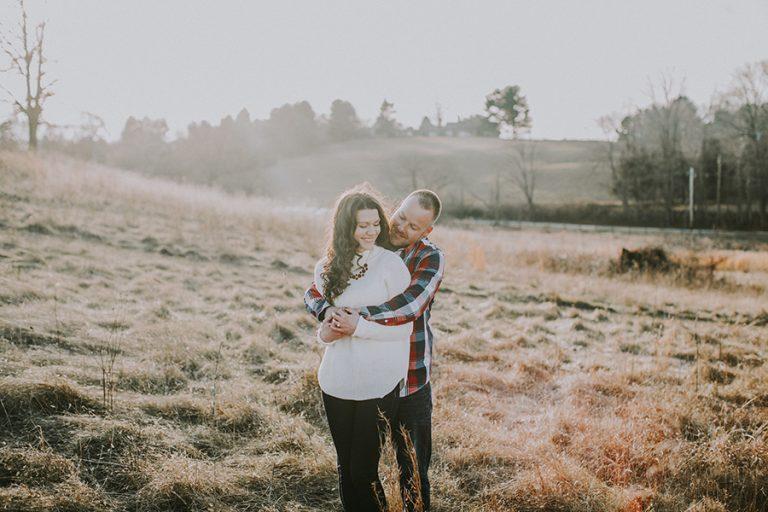 Harry and Tiffany are seemingly happy as they revel in taking photographs to celebrate their current engagement!  Kristina Elizabeth Photography perfectly captured every component to this relaxed photo session in Newtown Square, PA.  Tiffany’s bright smile, and Harry’s charming glances at his new fiance will tickle you pink!  We absolutely adore a local couple in love, and you’ll see why these two lovebirds are absolutely adorable together in the beautiful imagery below. 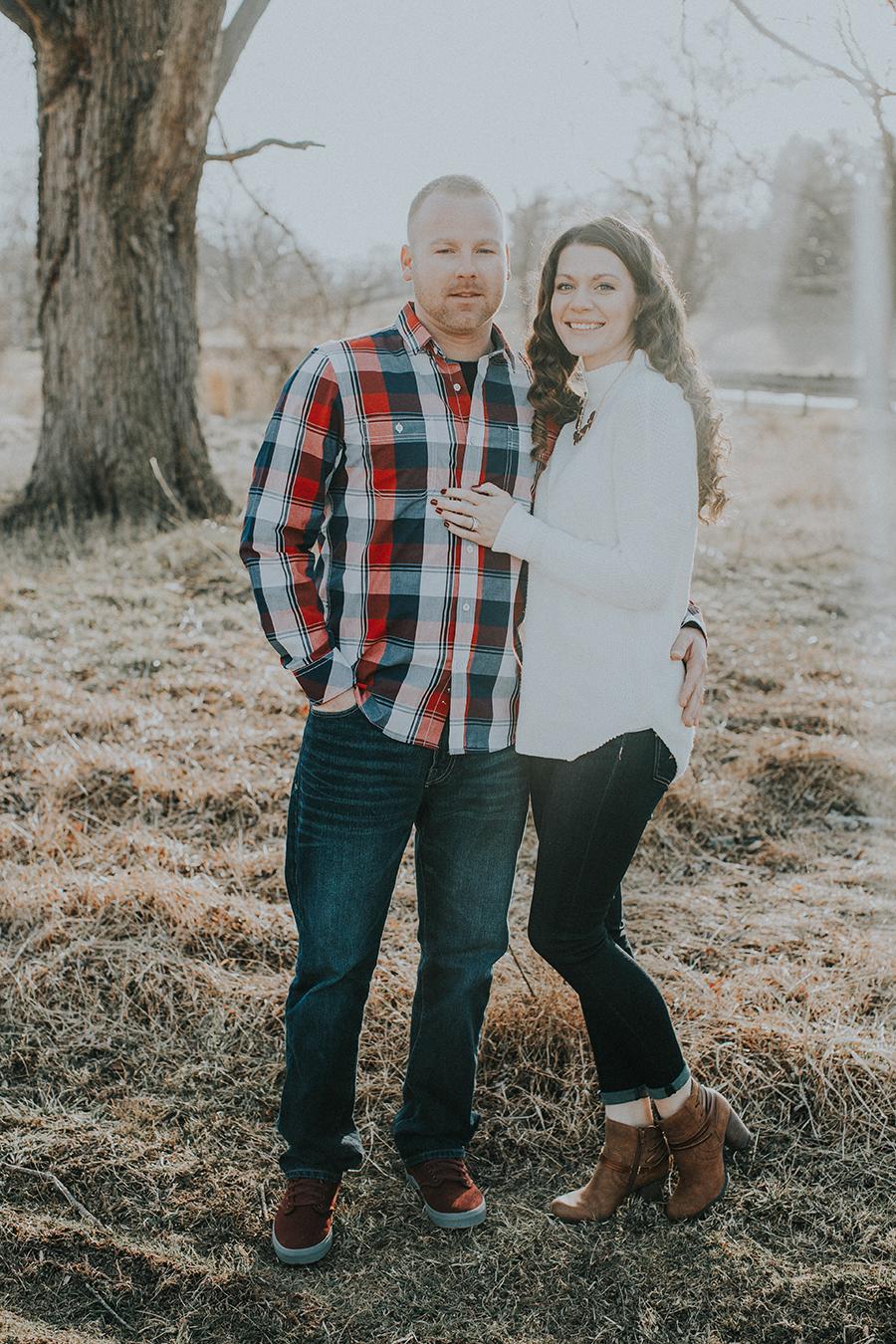 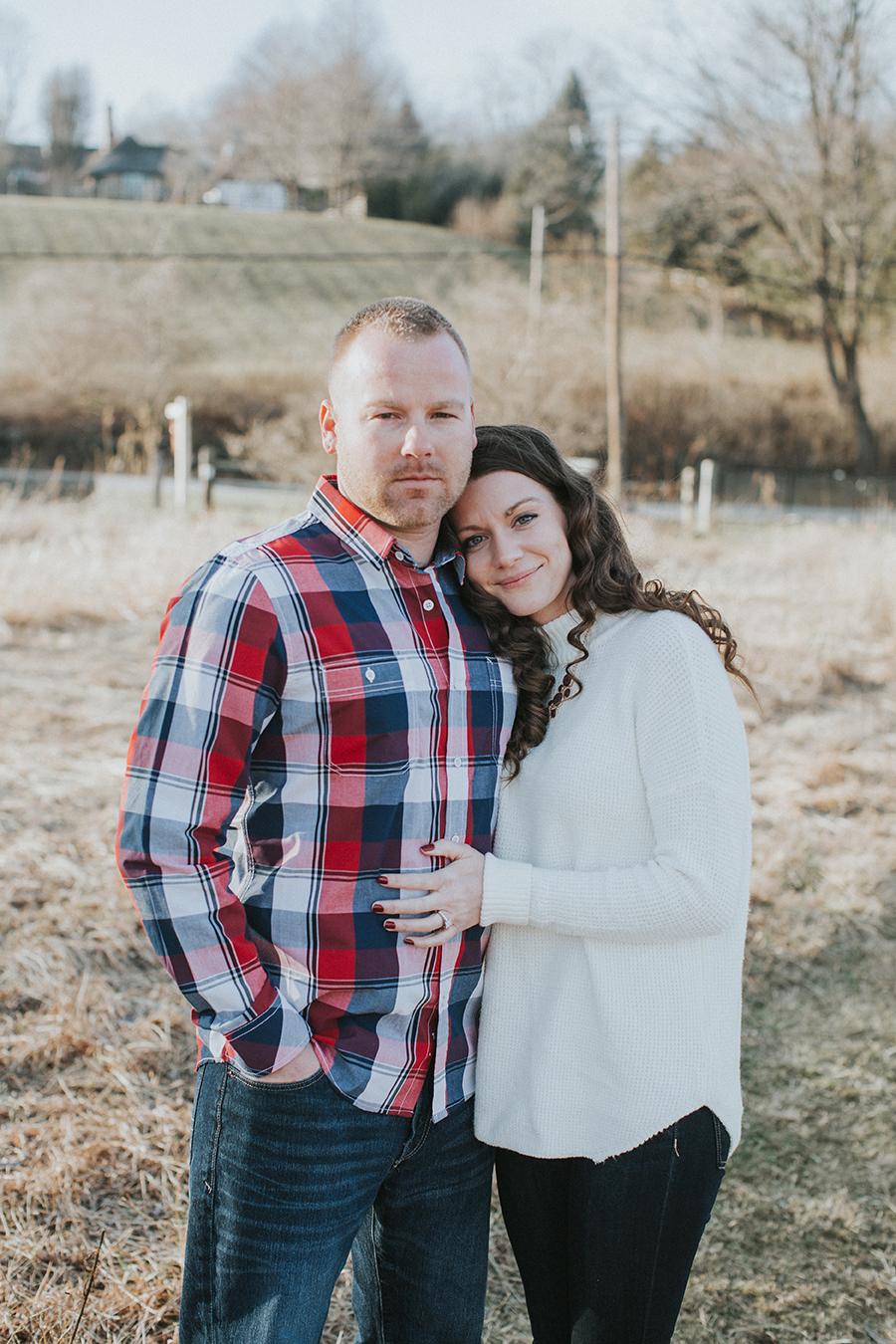 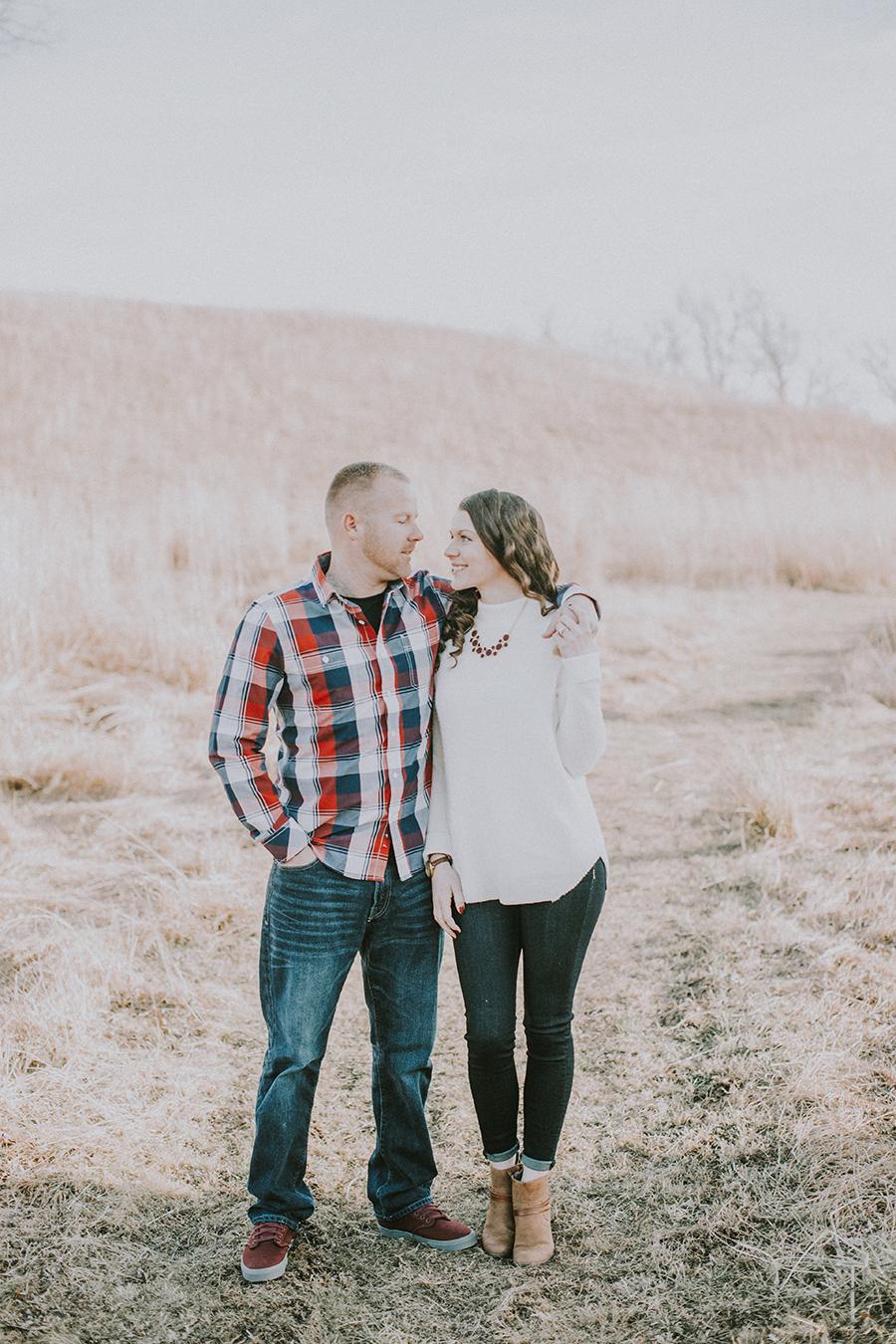 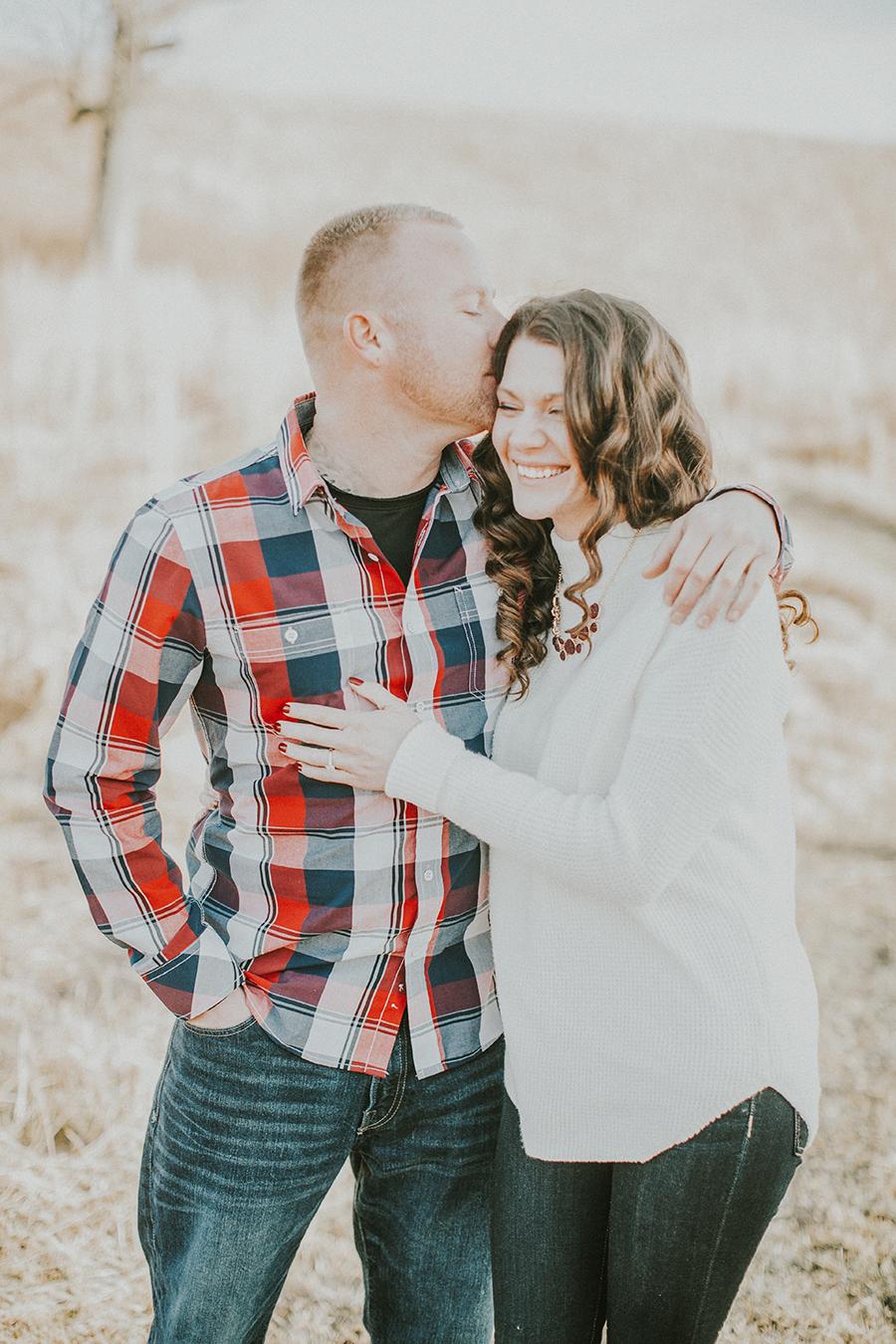 “The thing I love most about him is that he is hilarious. He makes me laugh everyday ( if you can’t tell by the photos). Not just the haha that was funny laugh either, the I’m laughing so hard I’m crying laugh. Even when we have a little argument I can’t stay mad at him because he’s making me laugh within the next five minutes. He’s also just the sweetest man I’ve ever met. He tells me how beautiful I am and how much I mean to him everyday. He’s just amazing.” 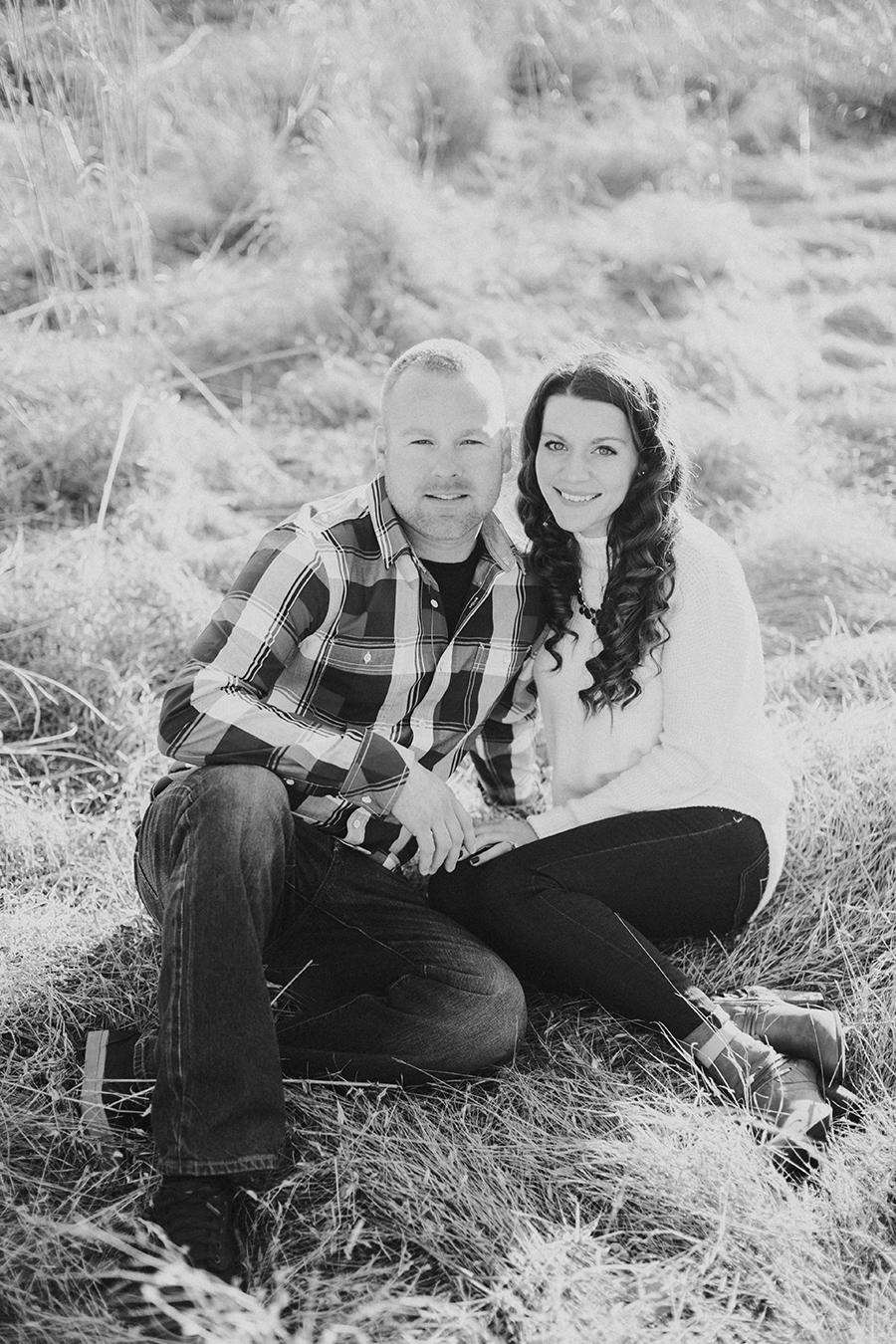 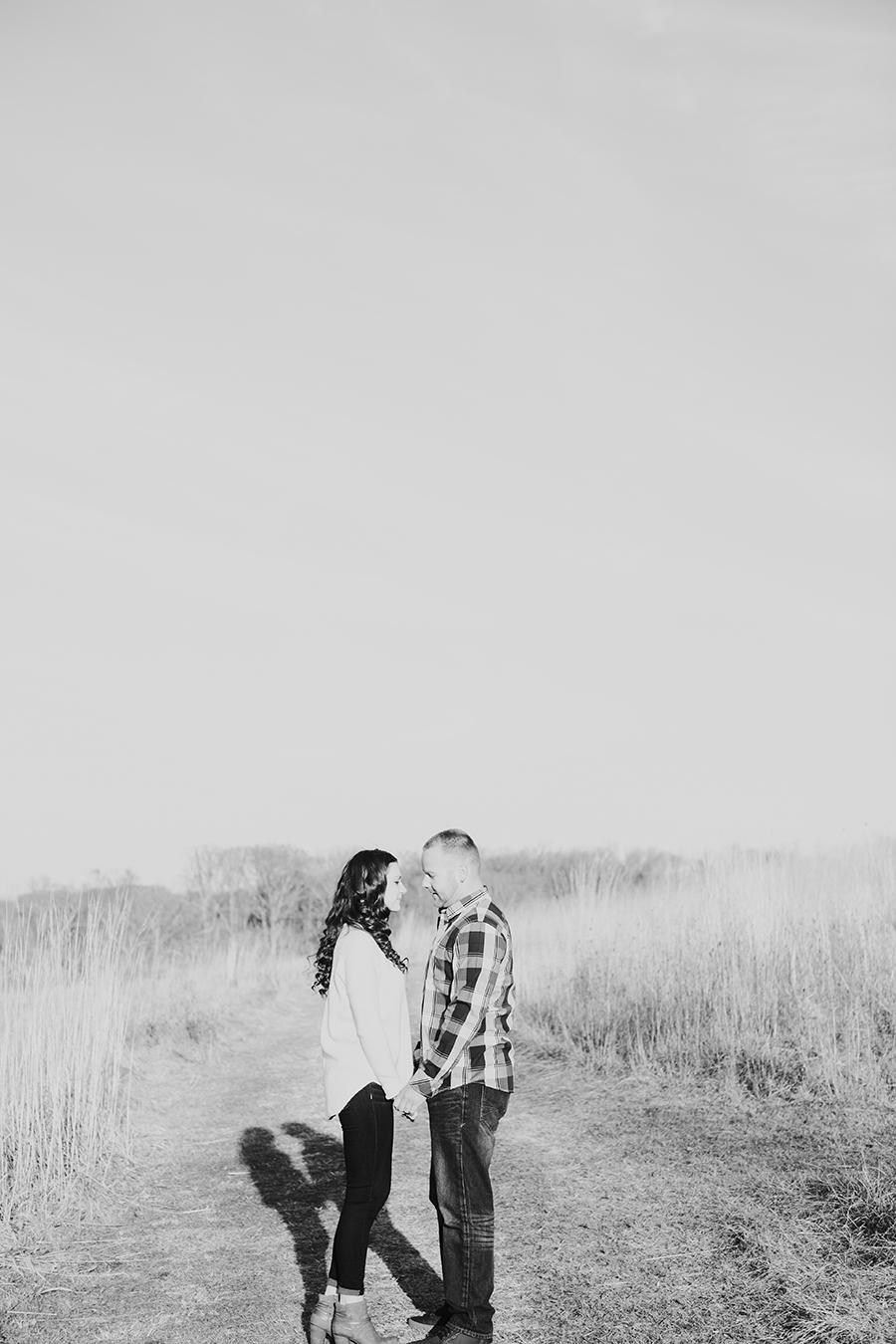 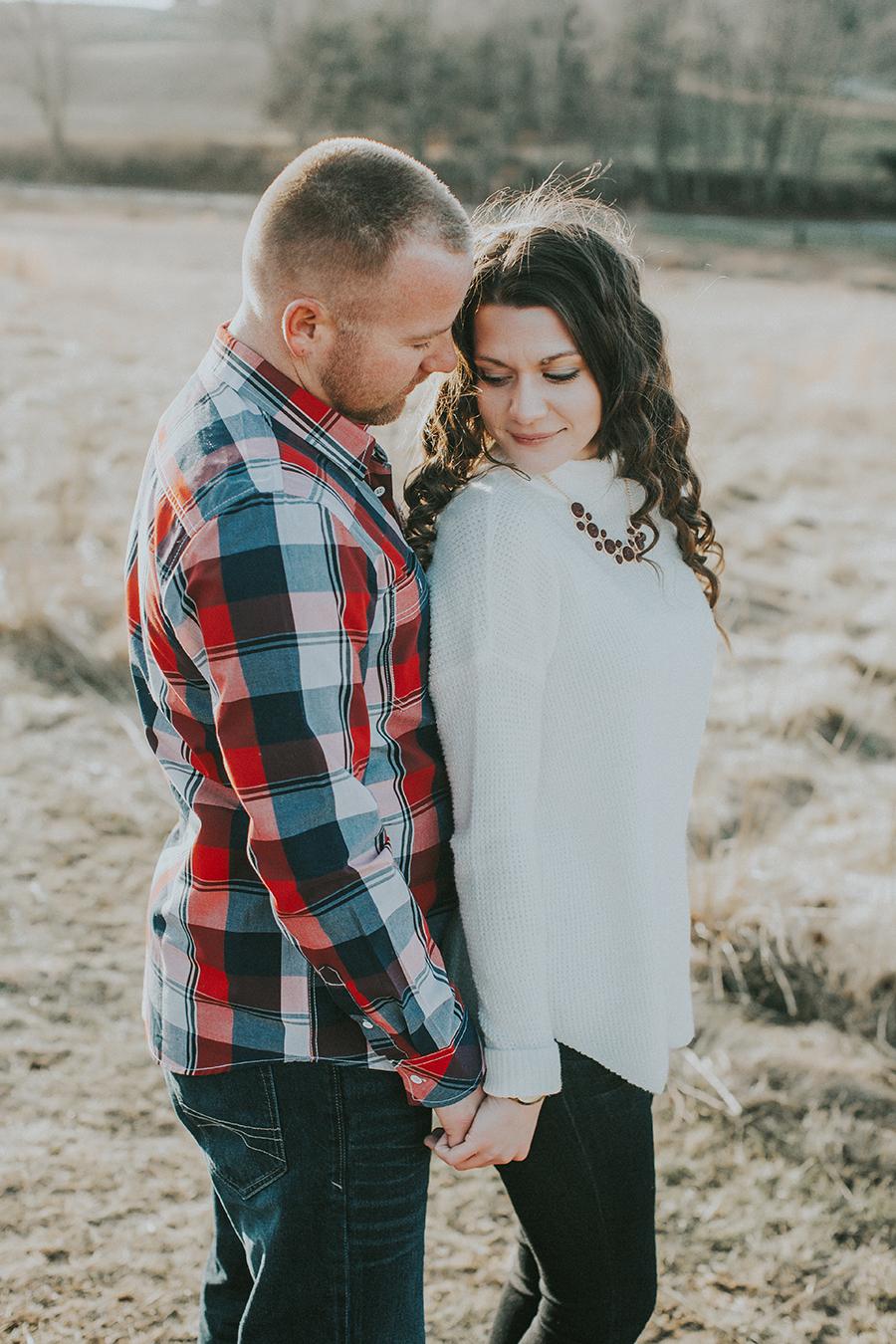 “He proposed on New Year’s Eve. We were suppose to meet up with my family to ring in the new year, but he wanted to take me to dinner first. Throughout dinner he was just being so weird (Little did I know he had the ring box shoved in his sock ). After dinner outside of the restaurant there was this huge tree decorated for Christmas and he kept staring at it and he wasn’t really talking to me but he kept wanting to take a picture in front of it, but there were so many people around taking pictures we just left. When we got to the car he kept saying we needed to get a picture in front of something before we left the city so we went down this random street and found a big Christmas tree decorated outside so we got out of the car and took a picture and then he got down on one knee. I was so surprised I started bawling my eyeballs out.” 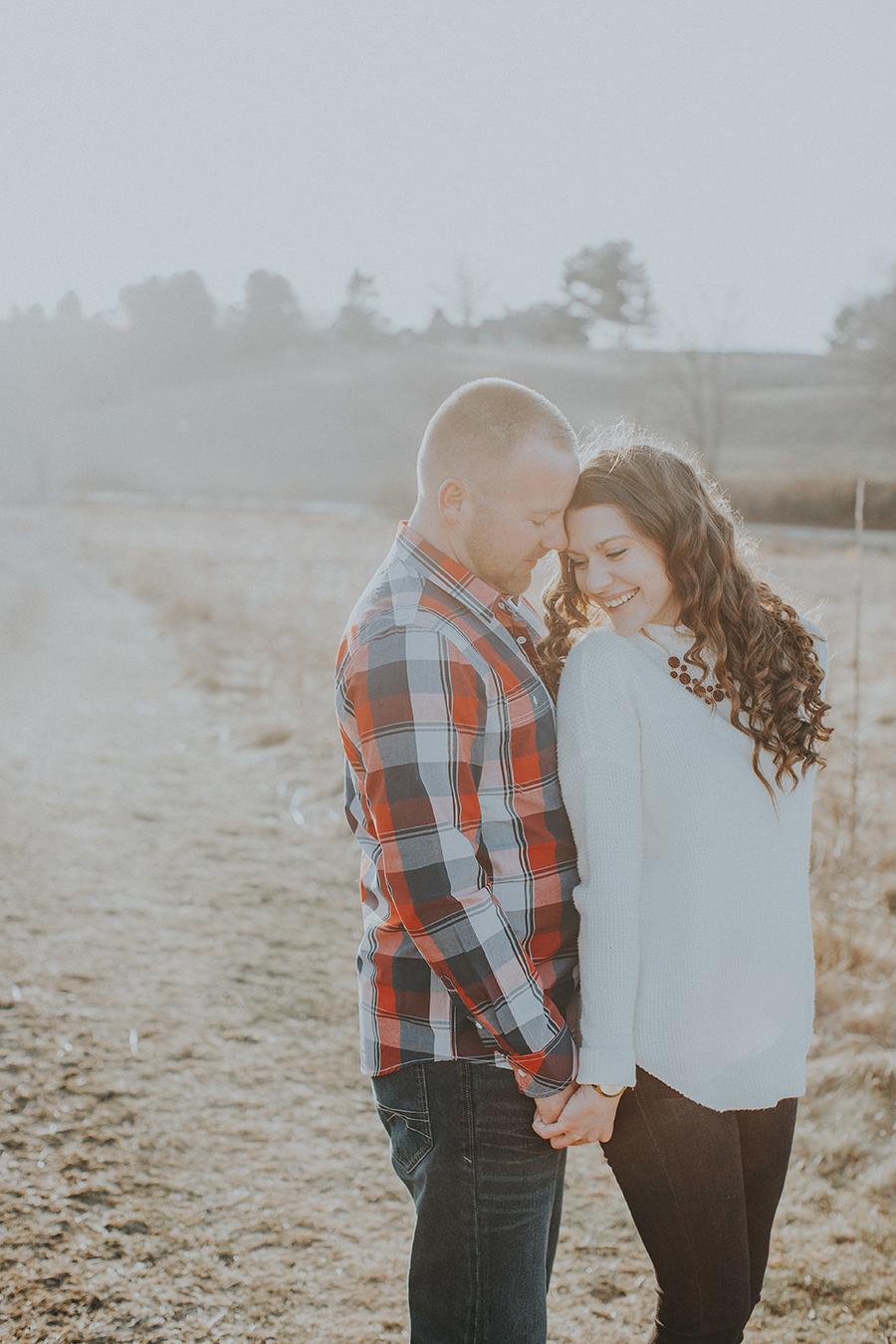 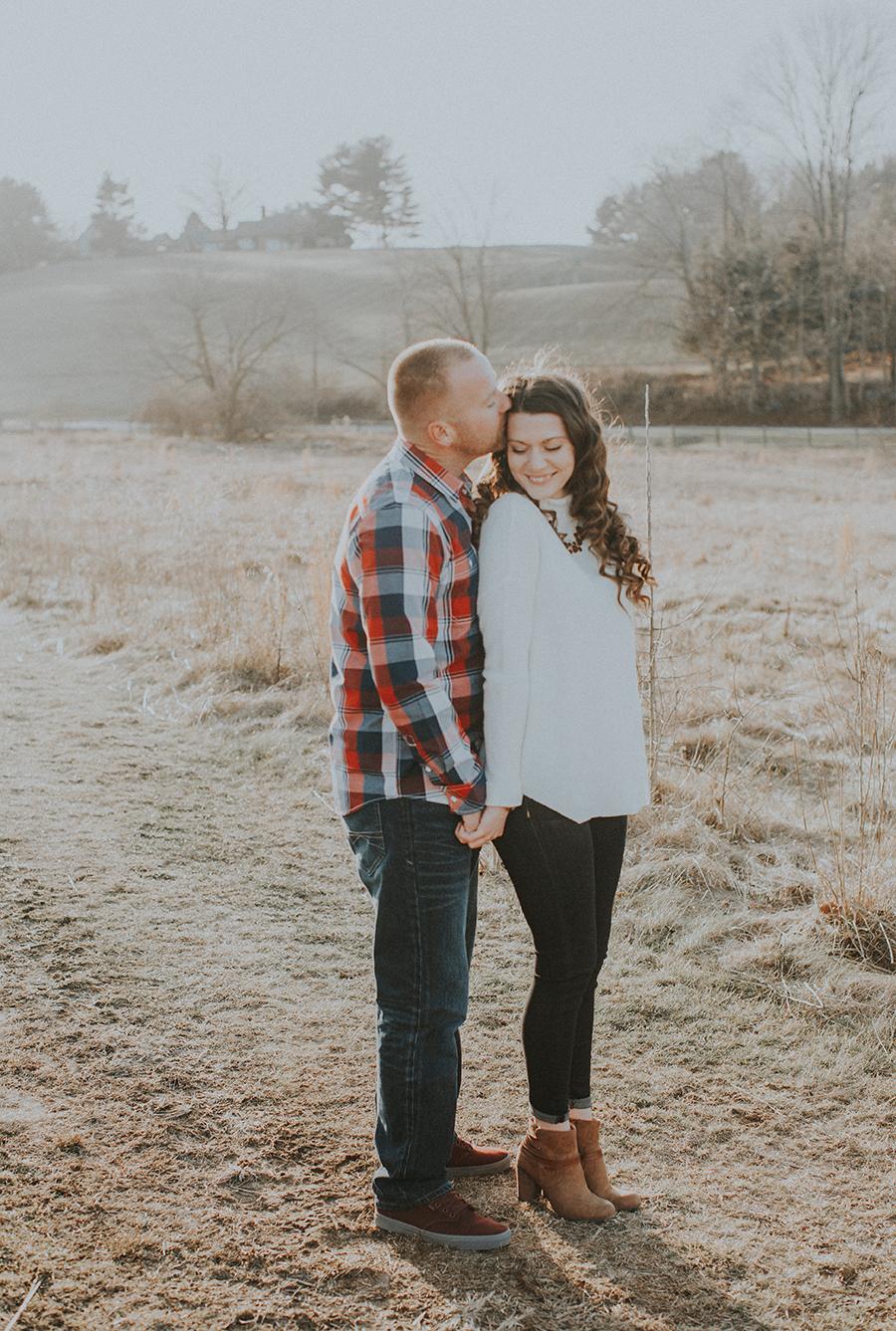 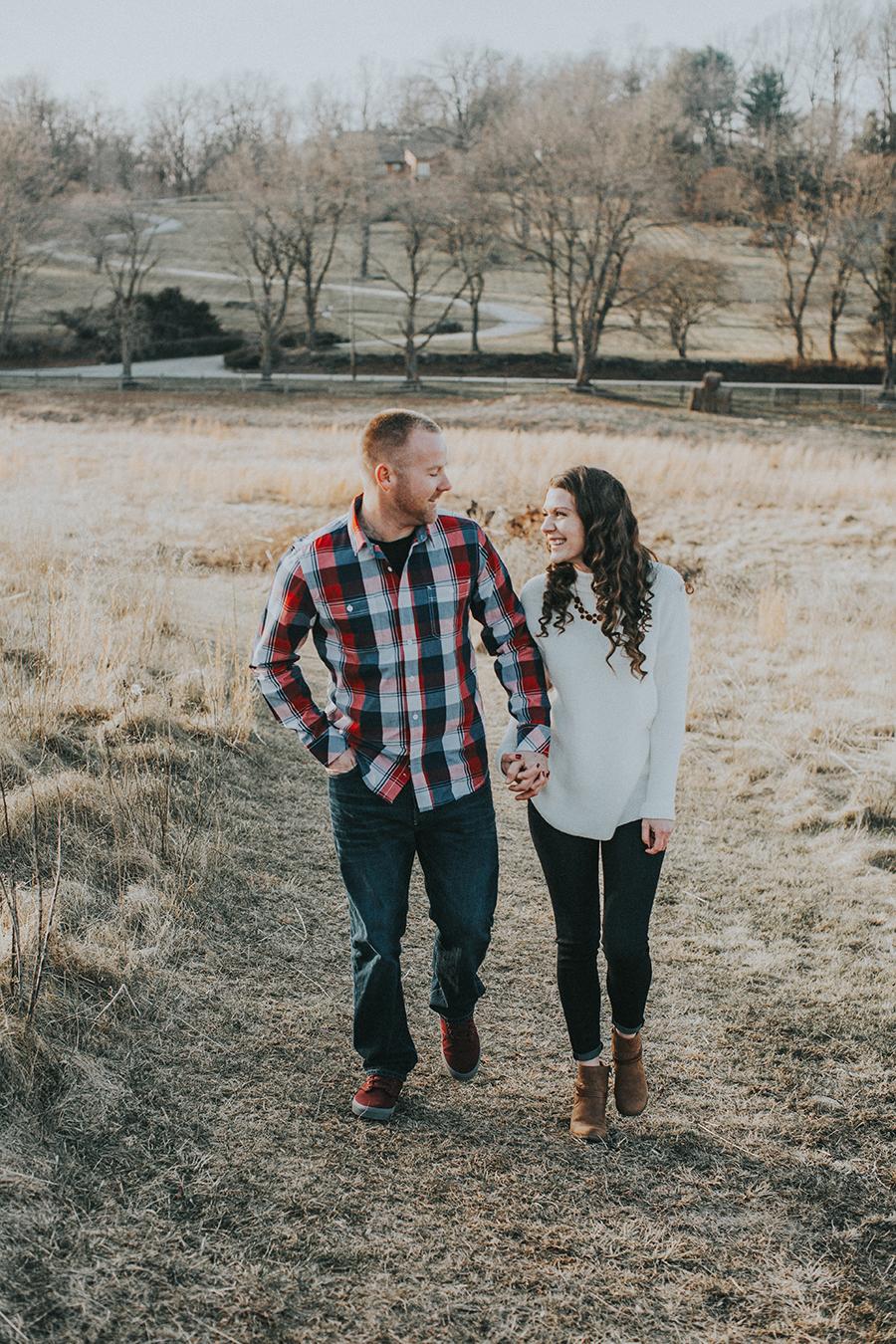 “I honestly had no inspiration in mind! I went on Pinterest a lot before our session and looked up engagement photos and just hoped for the the best. I also just hoped that I wouldn’t be making too many weird faces in the pictures (something I’m known for) and ruin them all!” 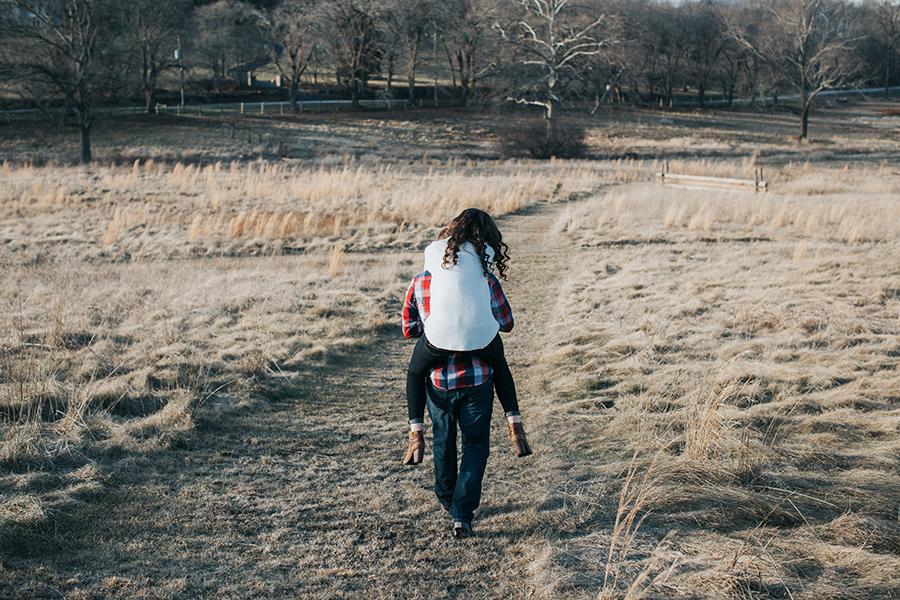 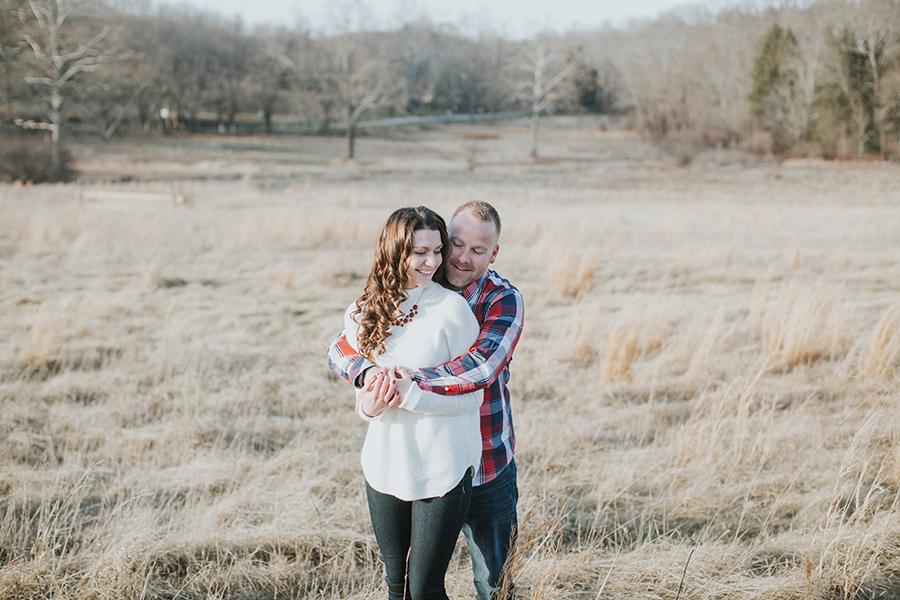 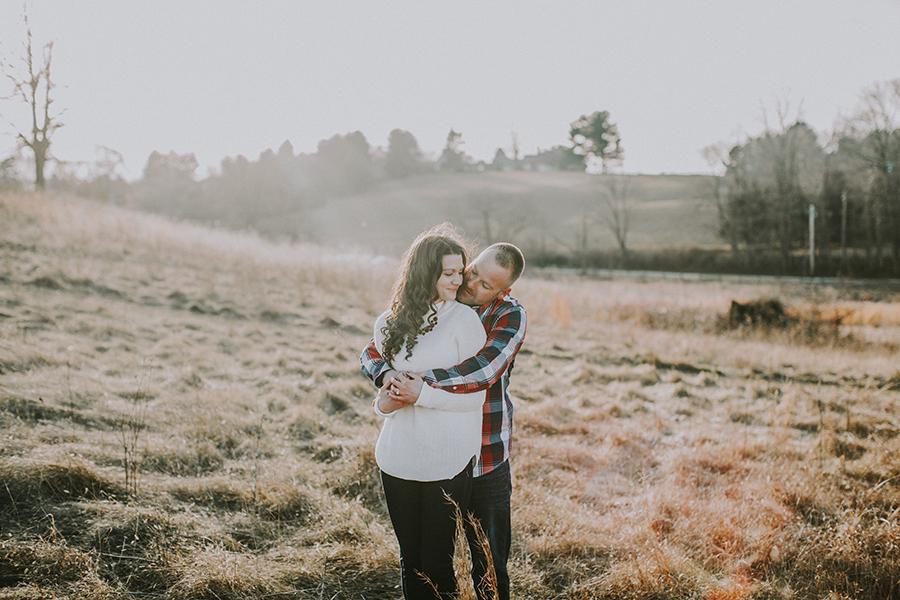 “Yes we have started planning already! We are still in the early stages, but it’s actually been really fun and easy so far. The week after we got engaged we went to go look at the first venue and we loved it! So we have the place and the date. It also helps that he wants to be involved in picking everything from the place to the colors to the vendors. I’ve discovered that he’s actually more picky than I am and I have already called him groomzilla a few times.” 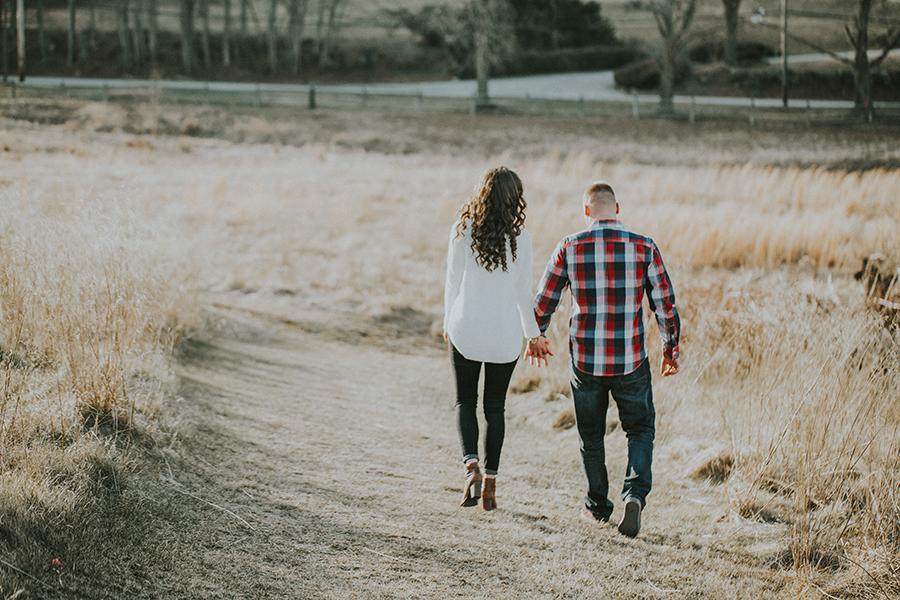 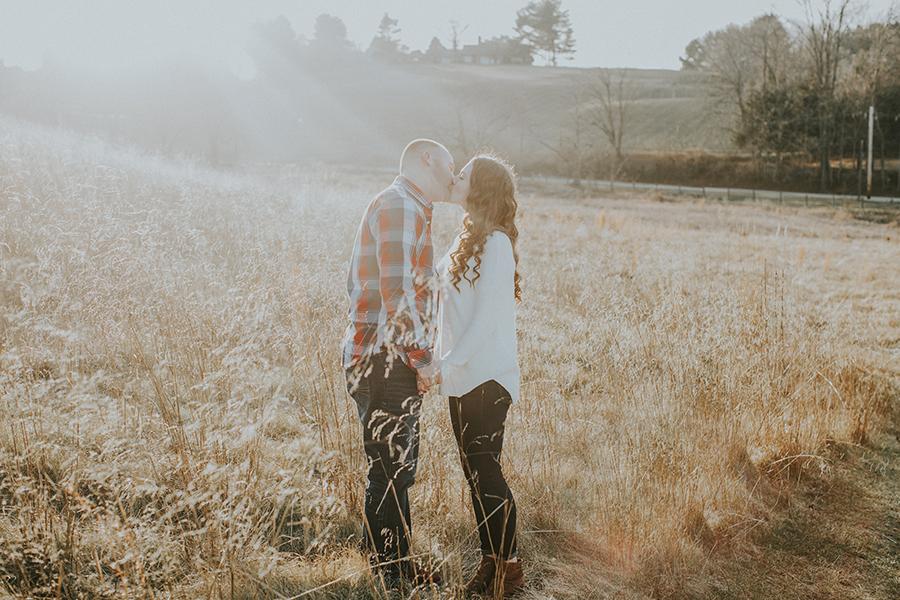 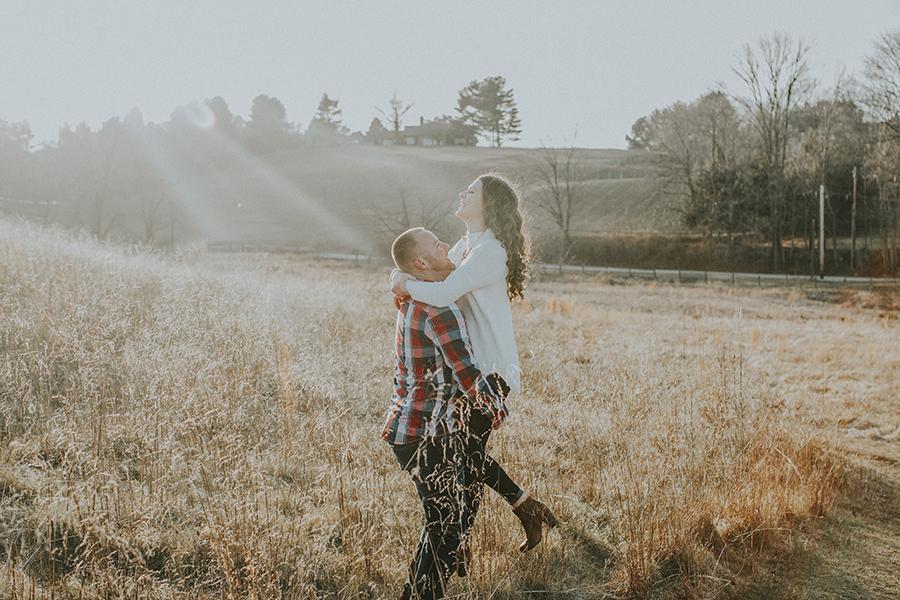 “Kristina was awesome! Especially because it was so cold that day that she was trying to tell us what to do at one point and she couldn’t even get the words out! The thing I really liked about her is that she didn’t tell us to just stand there and pose or make us put our hands or heads in a certain position to get a certain shot it all just felt really natural. She definitely made it super comfortable for us and she got some amazing pictures.”
Vendors | Photography: Kristina Elizabeth Photography