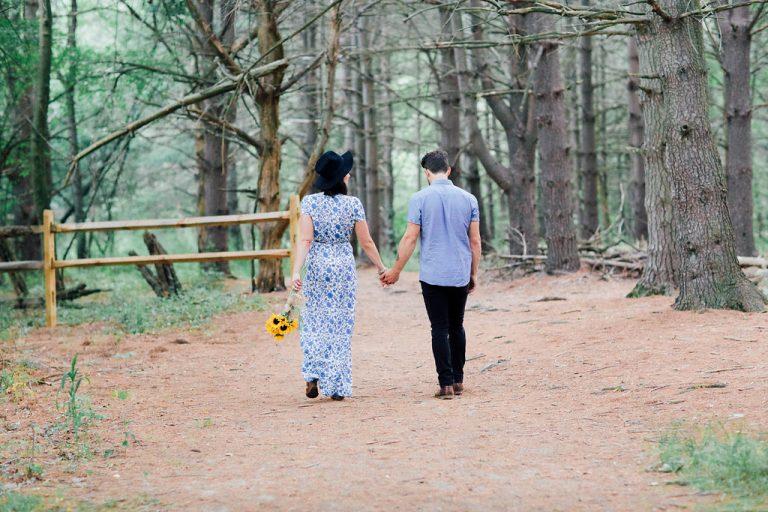 Without flaw, Alison Leigh Photography photographed the most blissful moments shared between Shea and Paul as they proclaim their engagement.  Peace Valley Park served as a very whimsical and enchanting setting as these benevolent souls relish in their love.  Shea and Paul are simply divine, and this rustic engagement session is the ultimate manifesto to their marvelous relationship.  Shea is glowing with engagement glee, and her dapper beau can’t help but smile at the sight of his beautiful bride-to-be.  Keep scrolling for more liveliness, romance, and iridescence! 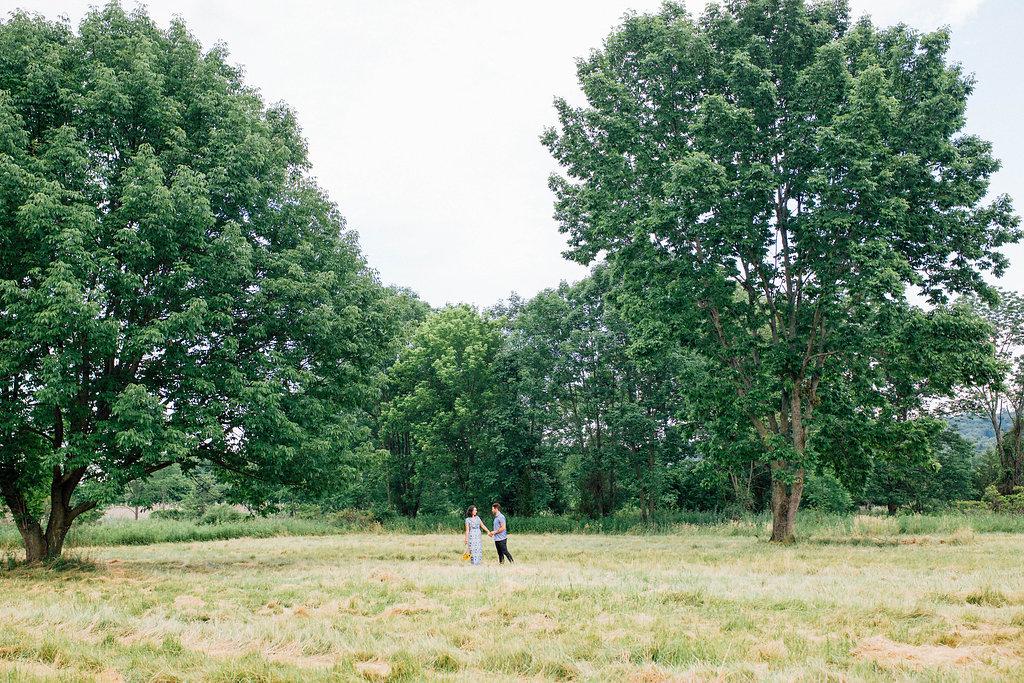 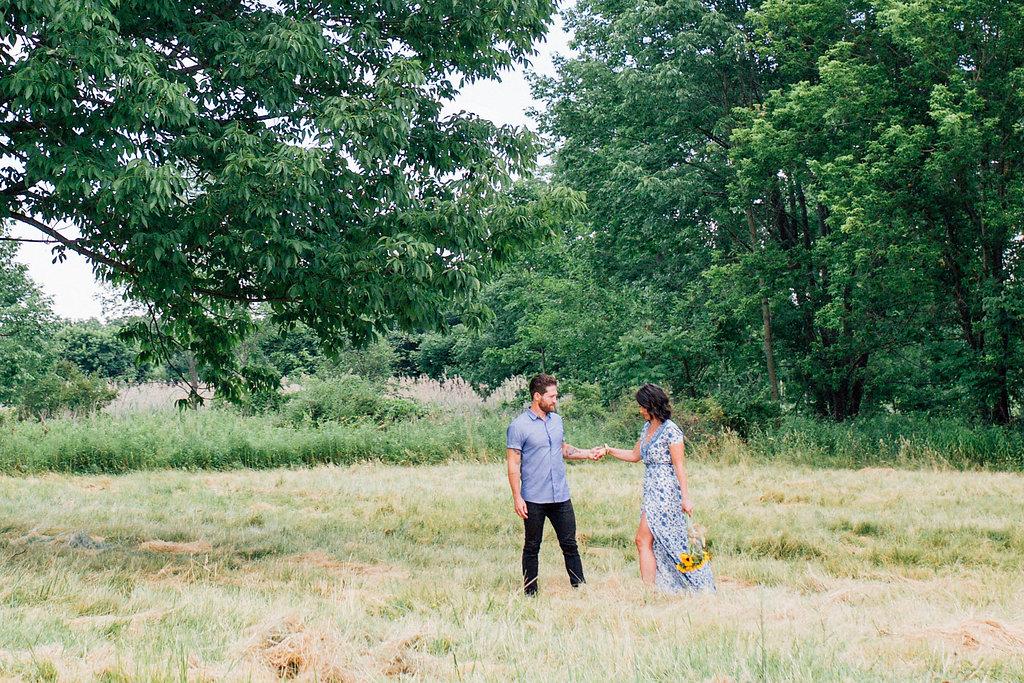 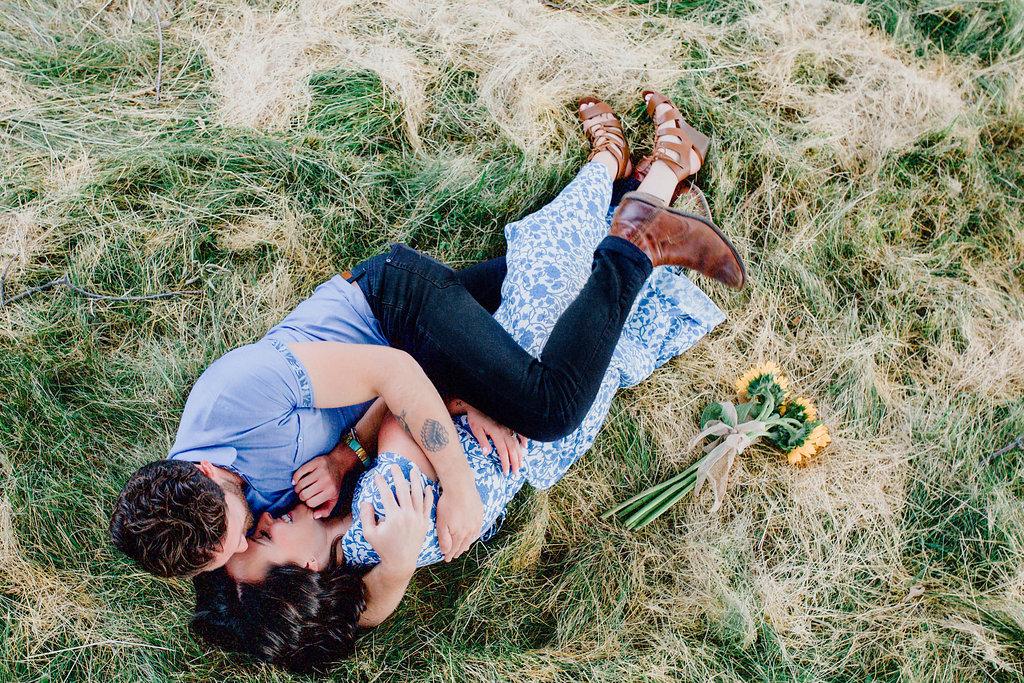 “We actually have a lot of mutual friends. After we started dating, we realized that we had been in the same place several times but never met. We officially met when I was home from college for Easter in 2009 and a mutual friend was having a party that I decided last minute to go to.  I don’t really believe in love at first sight, but when I walked in and saw him there was an instant connection. I remember leaving that night and waking my mom up to tell her about Paul.  Flash forward a few weeks, and Paul was playing a show with his band in Philly.  Two of my college roommates came with me to the show, and they wrote my number on his band’s mailing list as we were leaving. We started dating a few weeks later and have been together since. He even came to visit me in Italy three months after we met while I was studying there for my fall semester.” 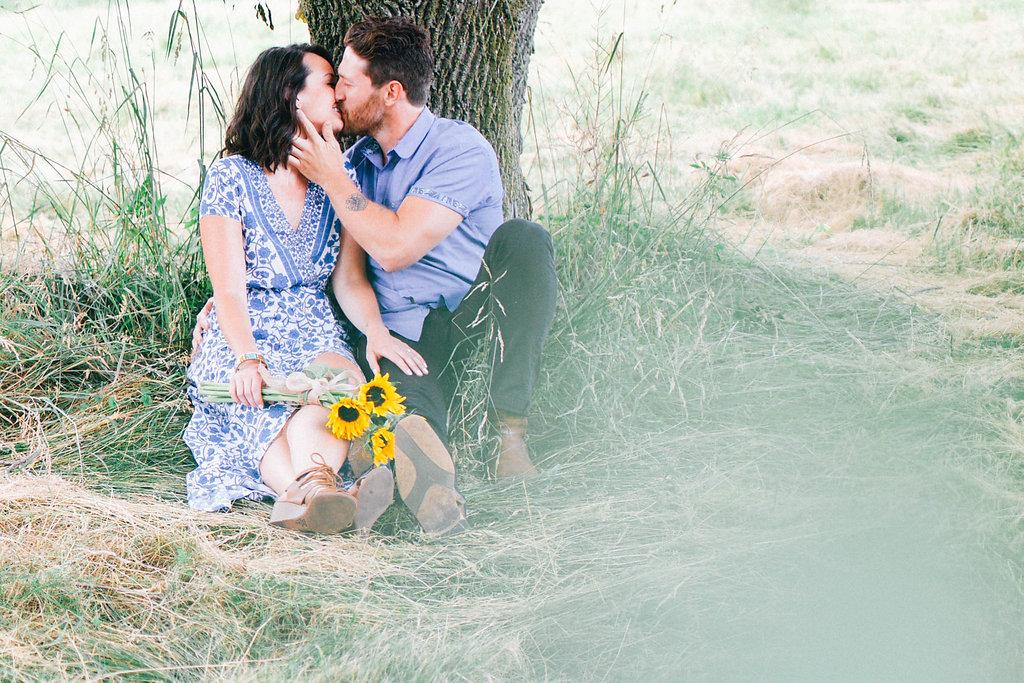 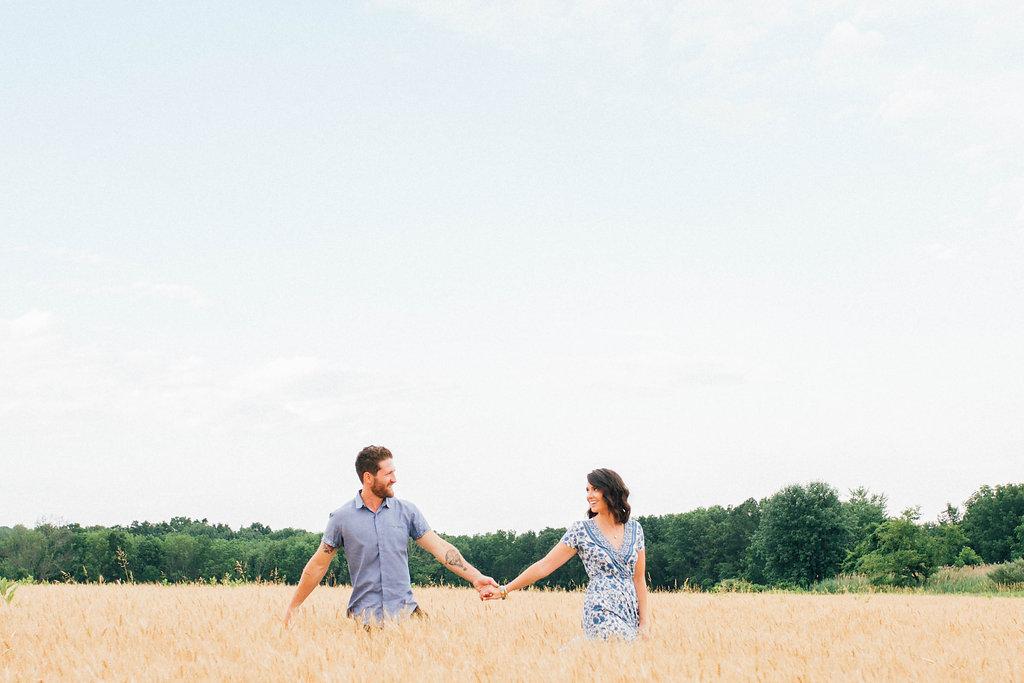 “My mom always said one day he is going to surprise you on a random Tuesday and ask. That’s exactly what happened. Paul had been designing the ring for over a month, and just returned from a few weeks in LA where he was writing his next record with Bel Heir.  He picked up the ring two days after he returned from LA (that Tuesday morning).  After dinner that night, he asked me to go for a walk around our neighborhood to look at the Christmas lights.  We live on South 13th Street in Passyunk Square, which is called “The Miracle on South 13th Street” because of it’s amazing Christmas lights. I thought nothing of this since we often go for a walk after dinner. I also didn’t notice that he put on his big wool winter coat in order to fit the ring box in his pocket, even though it was unusually warm that day (I did comment that his hands were very sweaty though).  Apparently, he tried several times to propose during this walk, but I would not stop talking for him to do it.  We walked all the way back to our apartment and he waited until we were up the stairs to tell me to stop talking, and then he asked.  I loved that the proposal was just the two of us on a random Tuesday in December in the first place we created a home together.” 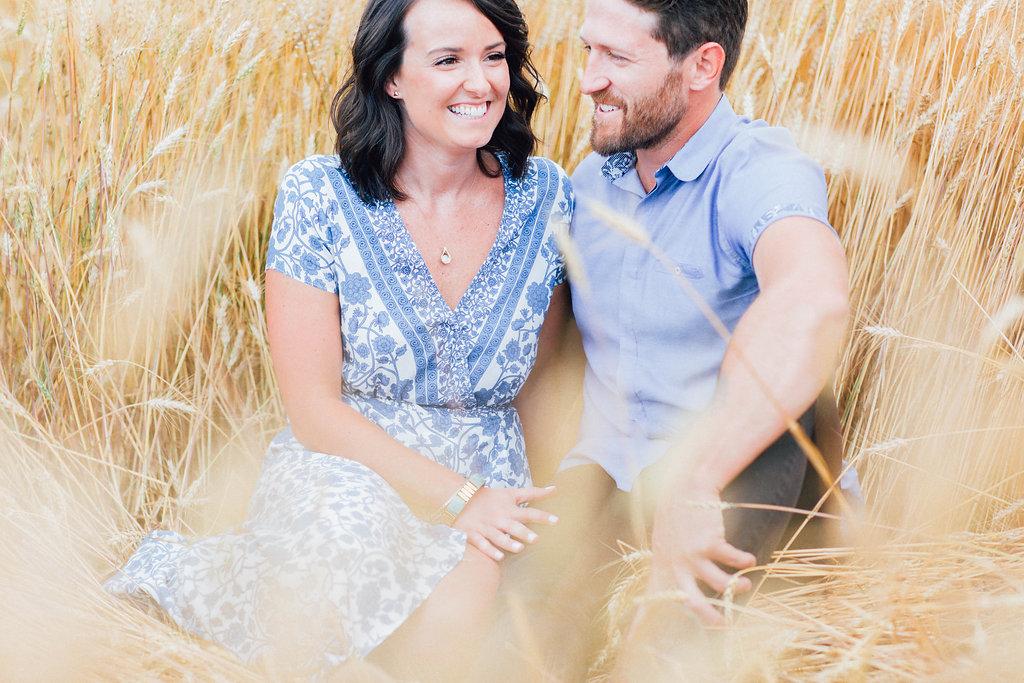 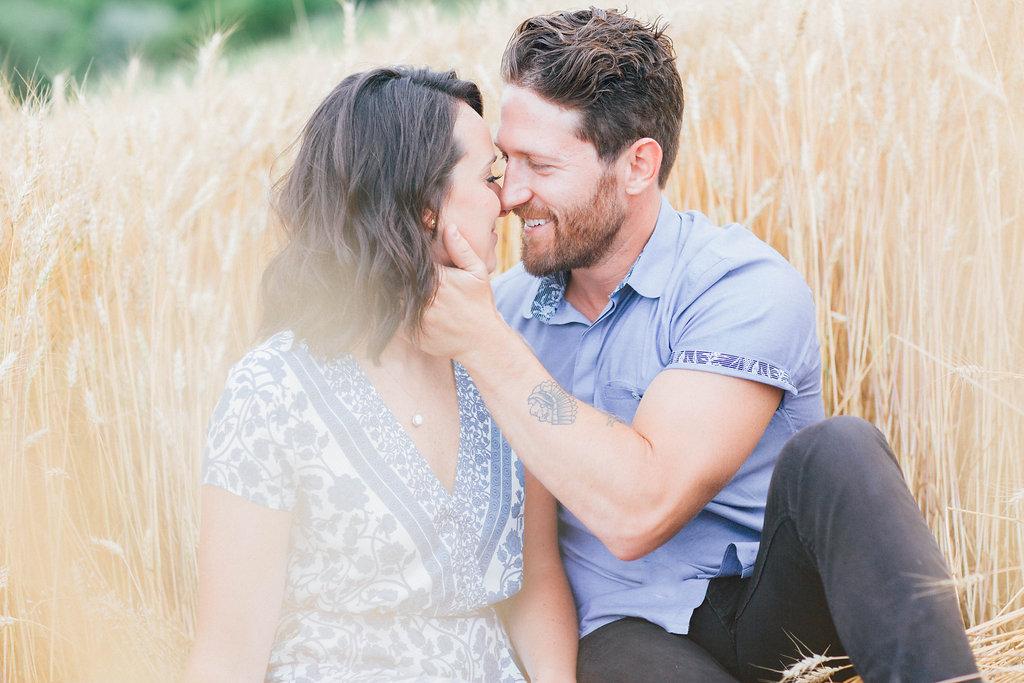 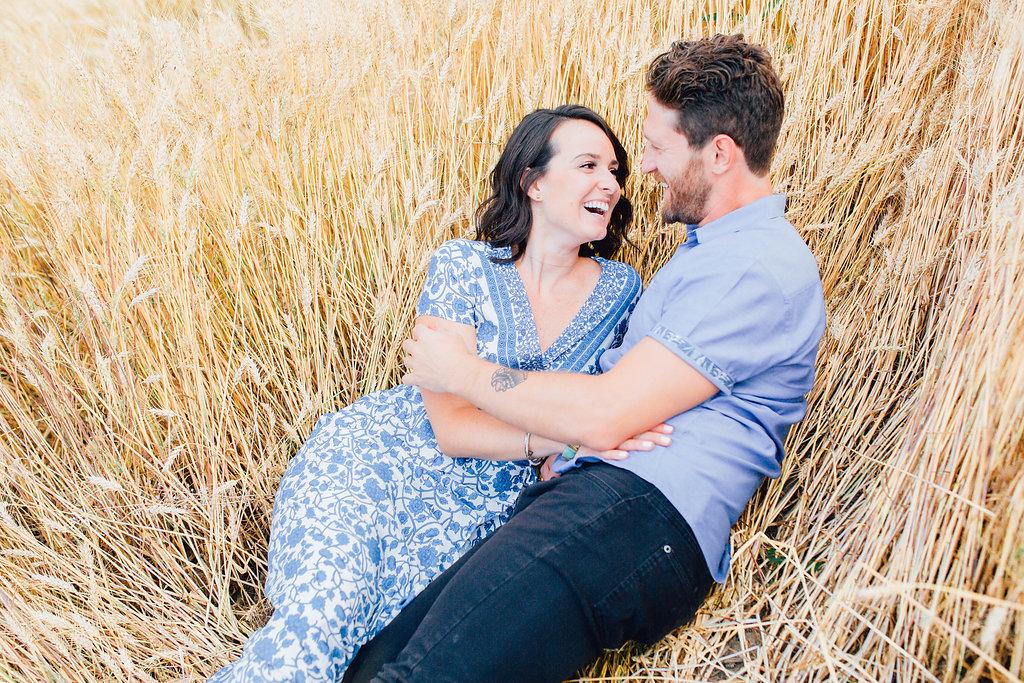 What do you love most about him?

“That’s a tough question to answer about your best friend. How do you pick? One of my favorite things about our relationship is how much we laugh together.  There is rarely a day that we are not belly laughing at least once. It’s important to be able to have serious conversations, but almost equally if not more essential to have fun together. One thing I love most about Paul, however, is that he makes me a better person because he challenges me. He pushes me to think differently and develop new perspectives.  We both value the mindset that you should never stop learning, and Paul inspires this in me daily.” 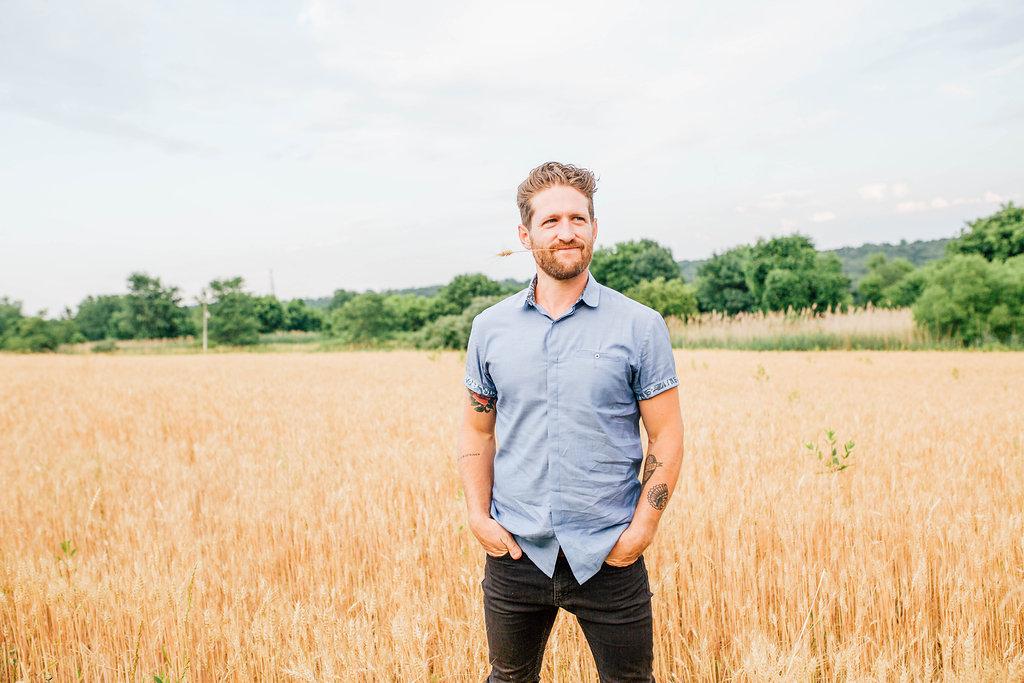 If this groom-to-be looks a bit familiar, it’s because he plays bass in a local Philadelphia band called Bel Heir! 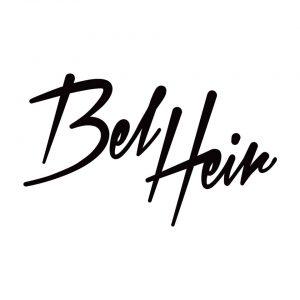 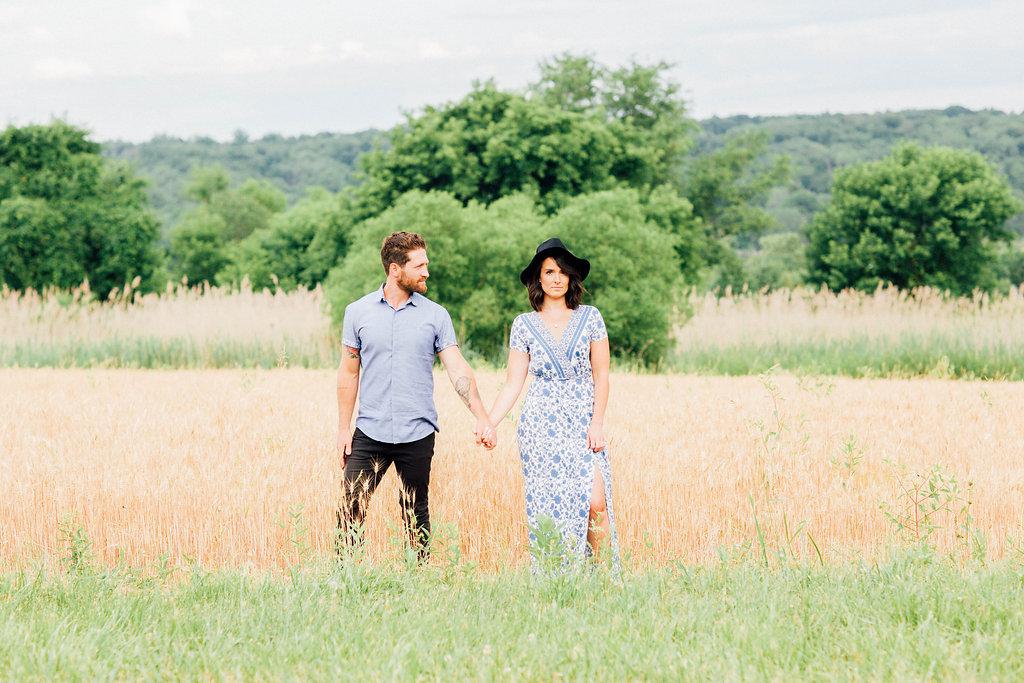 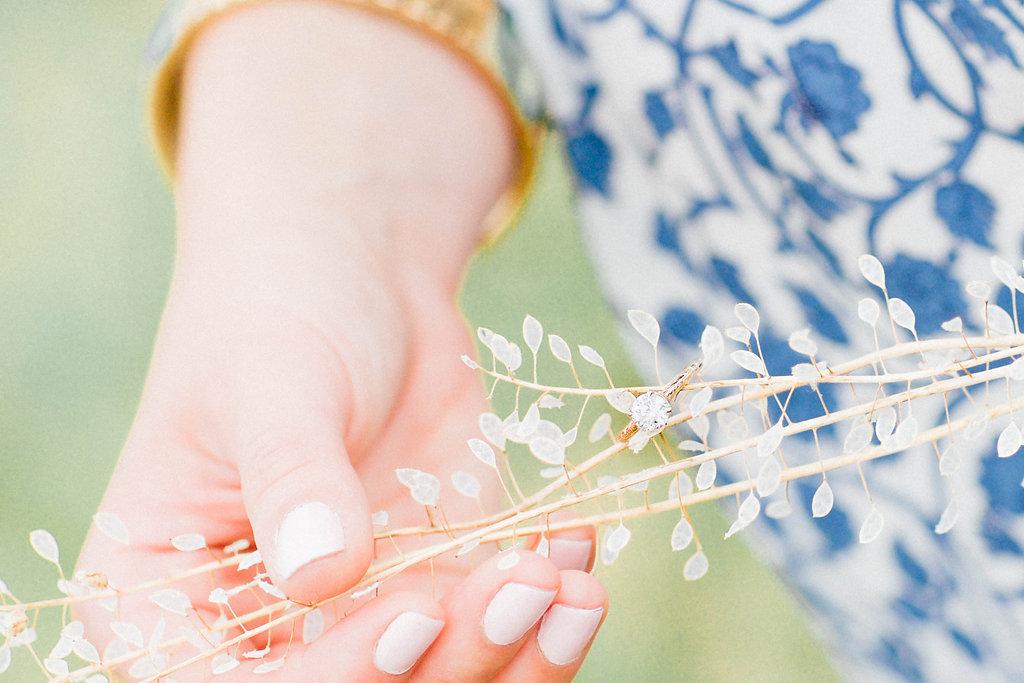 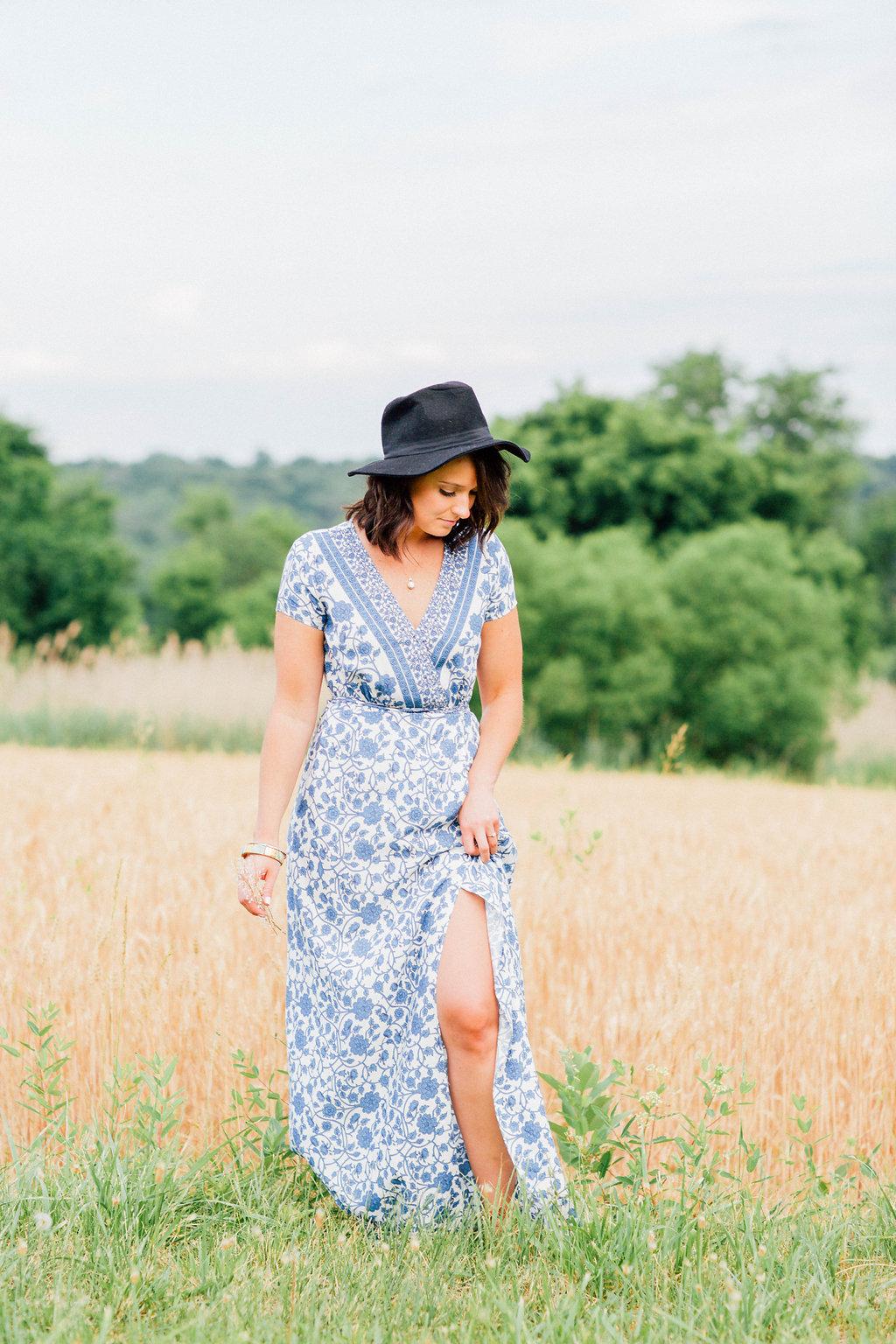 “Since our wedding is in the winter, we wanted our engagement pictures to be the opposite in terms of the landscape. We wanted the photos to have a green earthy feel for an interesting juxtaposition of our wedding photos in December. Our inspiration was the Beatles iconic picture of the four band members in the tall grass from Strawberry Fields. We love the simplicity and timelessness of this artwork, and that’s what we wanted to replicate. We chose to do it at Peace Valley Park in Doylestown because it was where we had our second date, and it is a place that was special to us both growing up.” 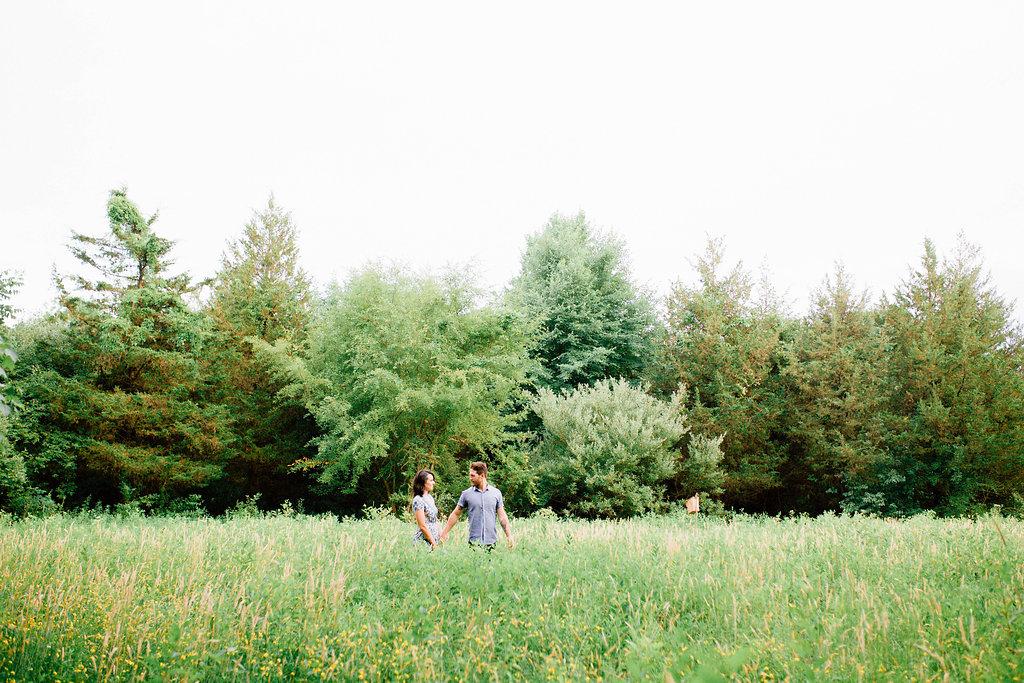 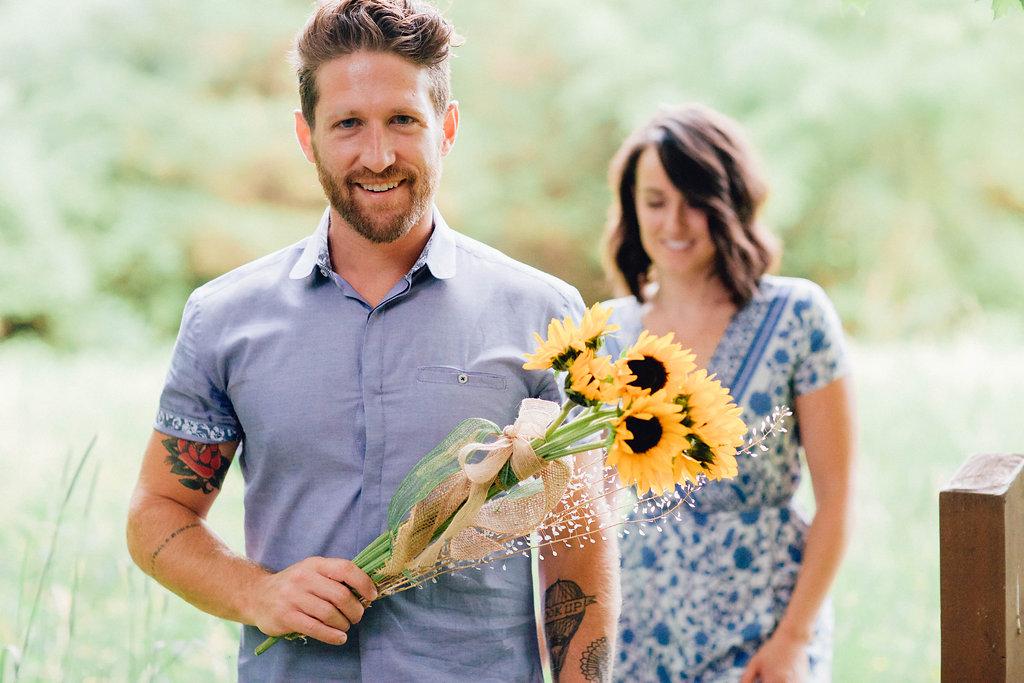 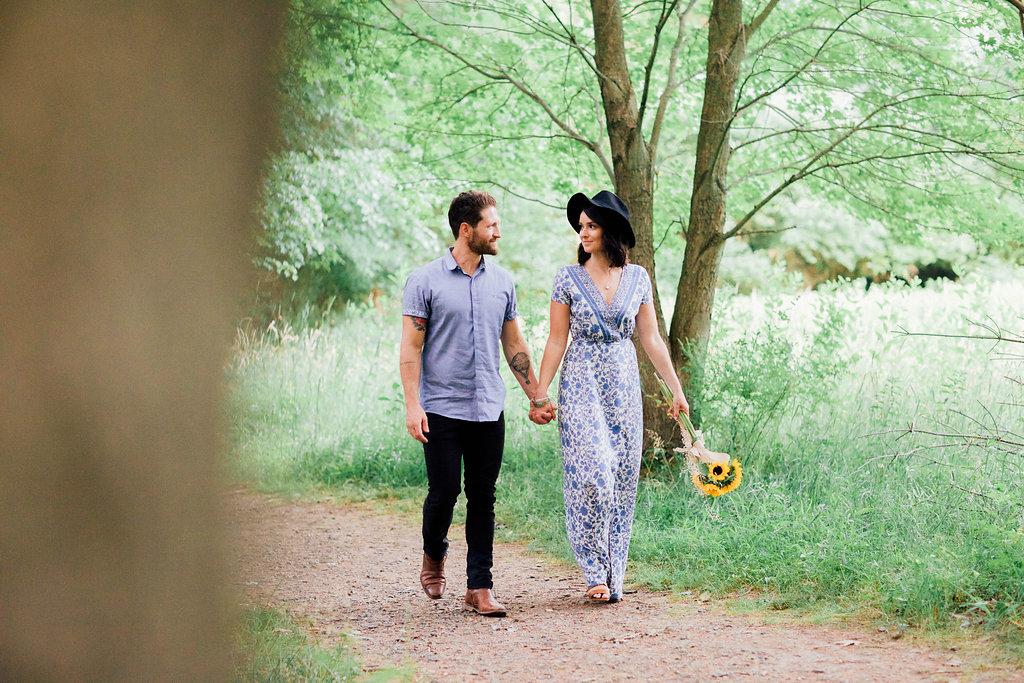 “We are getting married on December 30 of this year in New Hope at Hotel du Village.  The planning process so far has been pretty easy- although there has been a bit of panicking lately on my end that it’s quickly approaching!  Paul is equally involved- he actually found the venue!- which helps with the stress of all the details. When we get caught up in the planning, we try to remind one another what the wedding is really about. It’s difficult to stay in the moment especially when the year is going so fast, so it’s important to us to take a step back. We are writing most of our ceremony, which helps ensure we do this. That’s actually been one of my favorite parts so far. It’s nice that we get to make our ceremony so personal and unique, which I really hope our family and friends enjoy being a part of.” 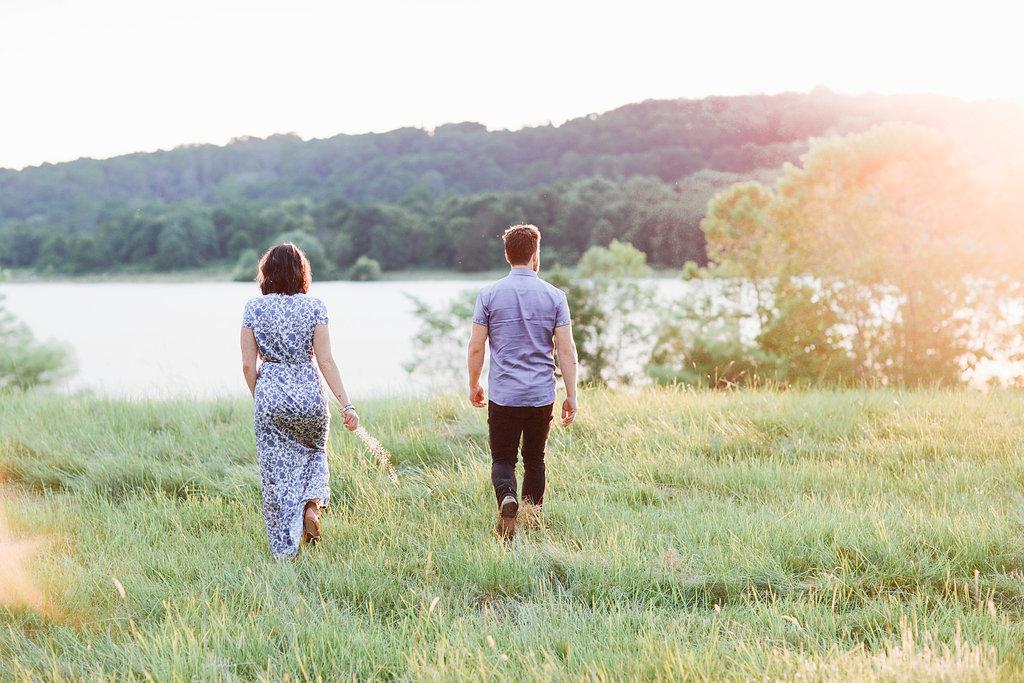 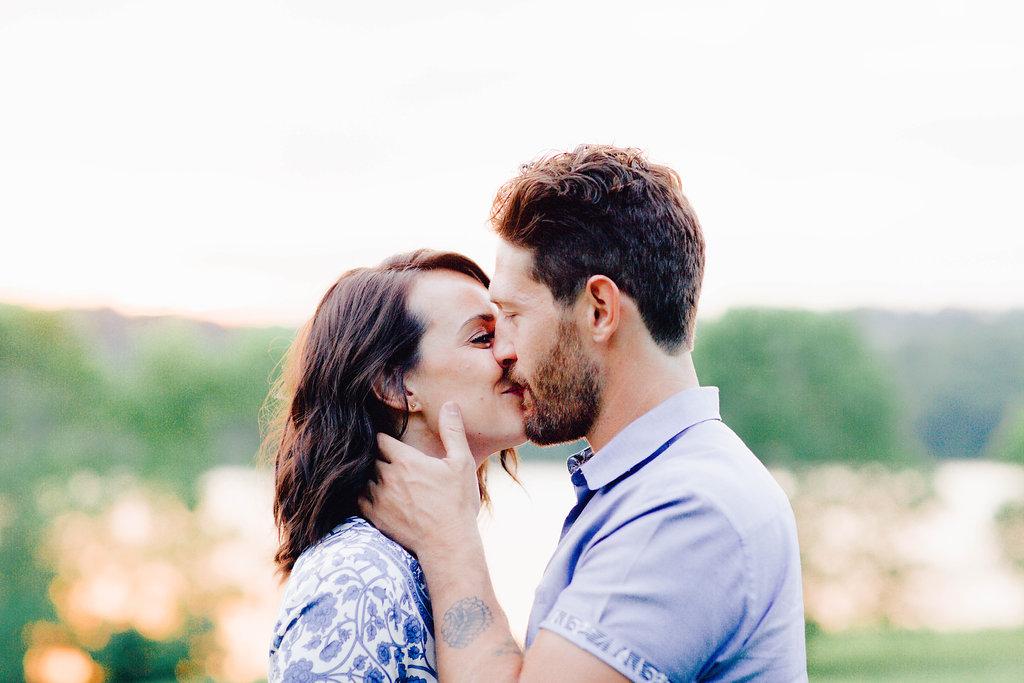 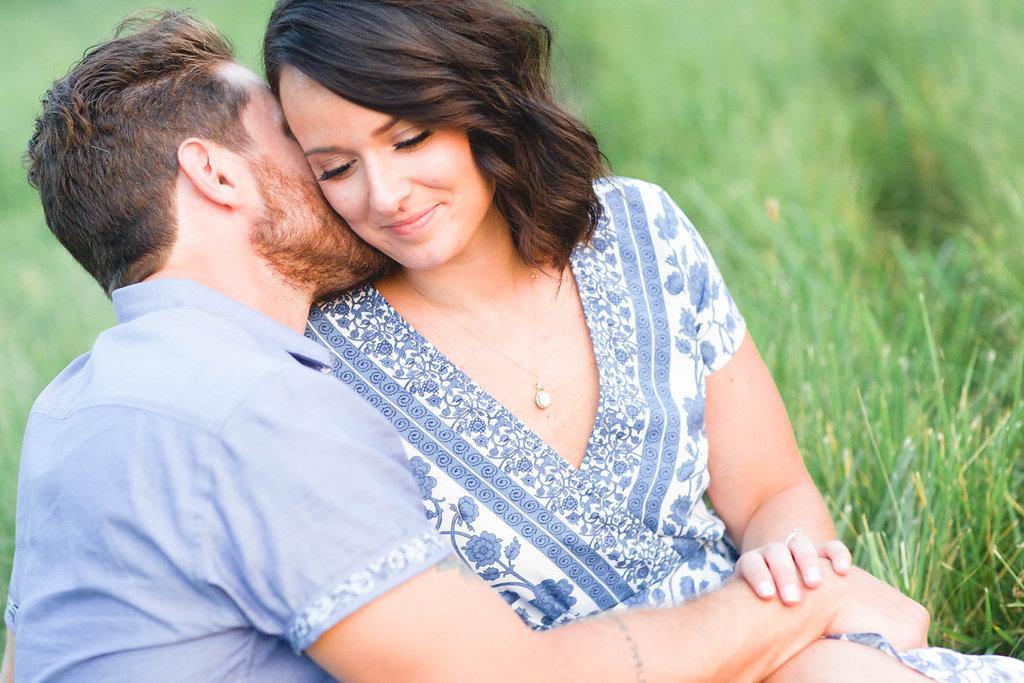 From the Photographer: “Earlier in the summer, I spent a beautiful day walking around Peace Valley Park in Doylestown with Shea + Paul for their engagement session. Peace Valley Park is the perfect place to have a very peaceful, whimsical feel filled with a ton of trails leading to explore natures beauty deep in the woods.

Shea and Paul are music enthusiasts who live in South Philly. I recently learned a pretty fun fact that Paul plays the bass in one of Philly’s most talented rock and roll band, Bel Heir. What better place than Philly to bounce around trendy bars to jam out and discover new talent?”
Vendors | Photography: Alison Leigh Photography | Location: Peace Valley Park |