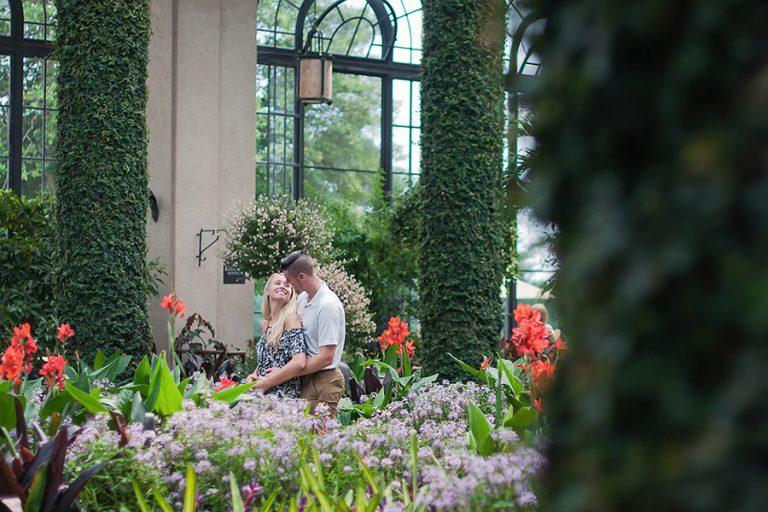 Longwood Gardens is a beautiful horticultural garden that we consider to be one of the best proposal locations in Philadelphia!  Ian knew instantly that he wanted to ask Alicia to marry him at the gorgeous gazebo in the outdoor gardens.  The undeniable magic that has been cultivated at this very spot is now a part of this couples amazing journey together!  Deibert Photography perfectly captured every moment leading up to the proposal, and of course the time they took to relish in it all afterwards.  Congratulations to the lovely couple, more love and behind-the-scenes details below!

From the Photographer, Benjamin Deibert Photography: “A few weeks ago, a very excited Ian contacted me to see if I was free to photograph his surprise proposal to his girlfriend of 6 years, Alicia. As luck would have it, I was. I think I became equally excited when he told me he wanted to do it at Longwood Gardens, a beautiful setting I really love shooting at. After some stealthy back-and-forth emails and texts, our plan was set to capture the proposal under a beautiful stone gazebo surrounded by lush foliage. I got really excited when I saw the two of them emerge from the walking path and head into the gazebo. As I pretended to be just another tourist with a camera, I realized Alicia had no idea this was happening. The looks on both of their faces were priceless when Ian got down on one knee. After the proposal was very happily accepted, we made our way through the gardens photographing a lot of very sweet moments between these two. I have never seen two people so giddy and in love, it brought a tear to my eye. Ian was such an awesome and meticulous planner, he really kept the surprises coming. After we parted ways, Ian threw a surprise party with all their friends and family back at their home in West Chester. He sent me a video of it, and it’s safe to say that Alicia was just as shocked and she was when Ian popped the question!” 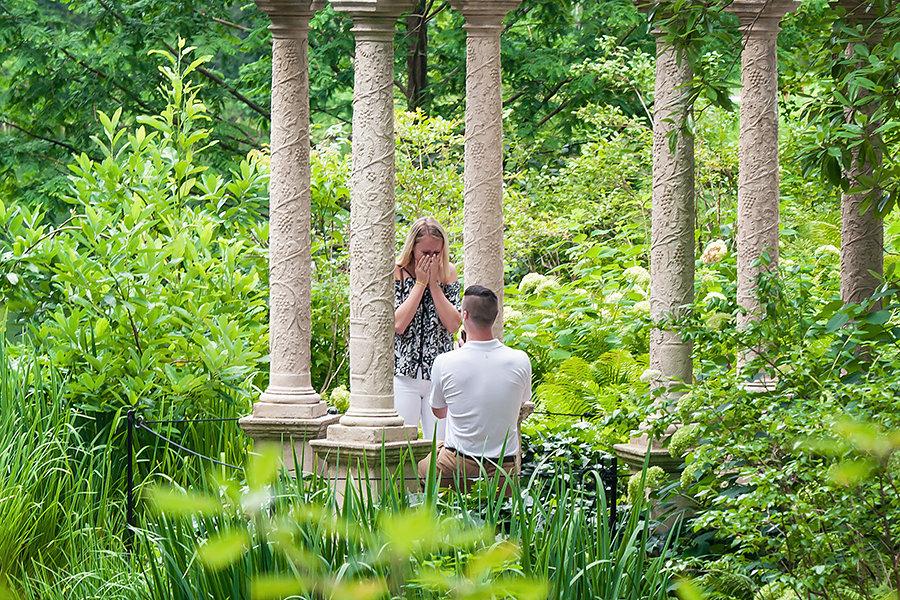 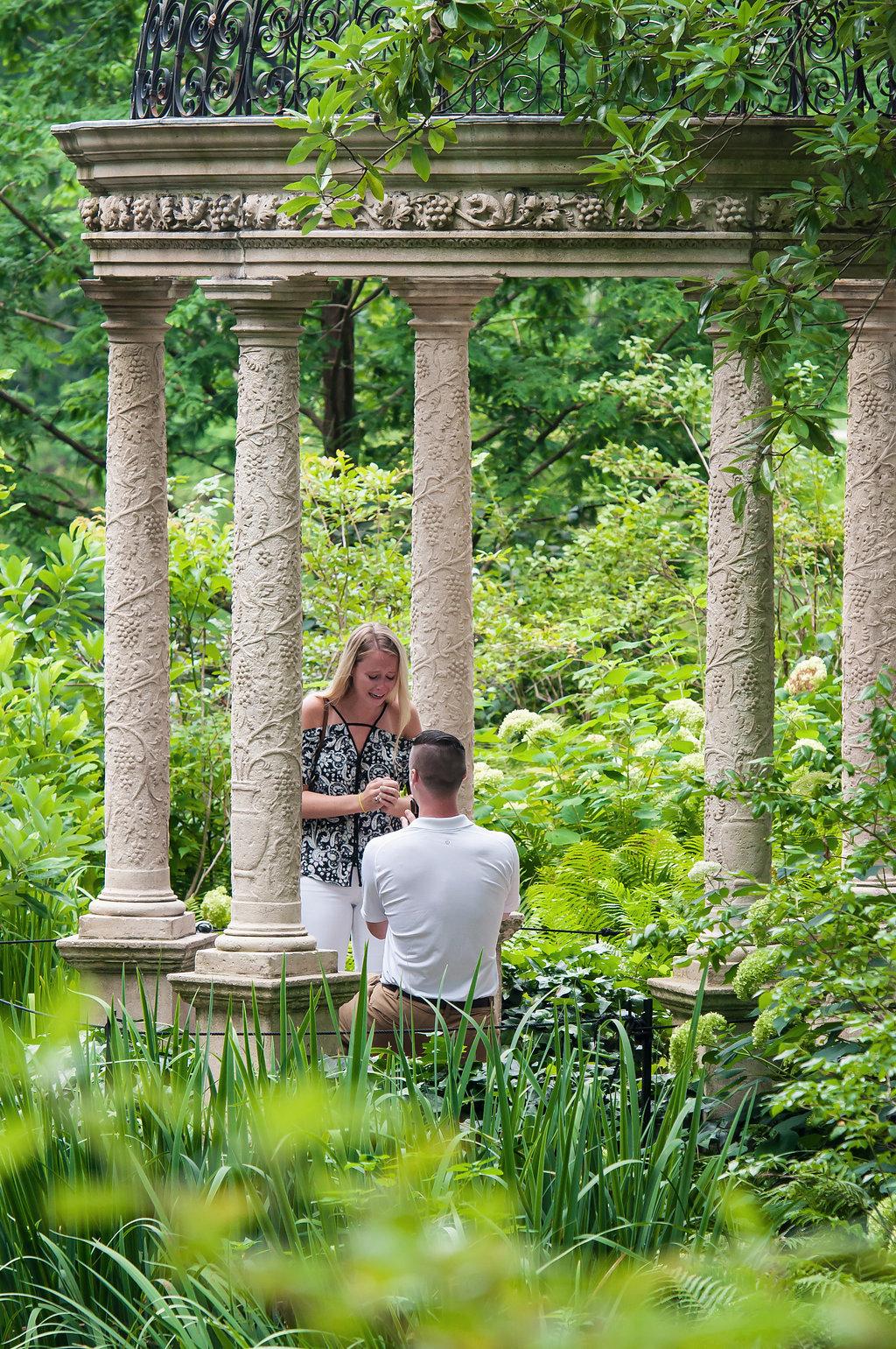 “We started dating in 2011 and shortly thereafter we were thrust into a long distance relationship due to my baseball career.  The long distance while challenging, made our relationship forever stronger and had both of us wanting to make a commitment to each other.  I wanted to propose but I knew at that point I wouldn’t be able to do it the grand fashion I had began to envision in my mind.  It was in 2013 that we came to the decision that we would wait until after baseball ran its course to get engaged.  I always admired Alicia’s patience, she never once rushed our journey, and for that I wanted to deliver the most special day I could imagine.  I think it was worth the wait!” 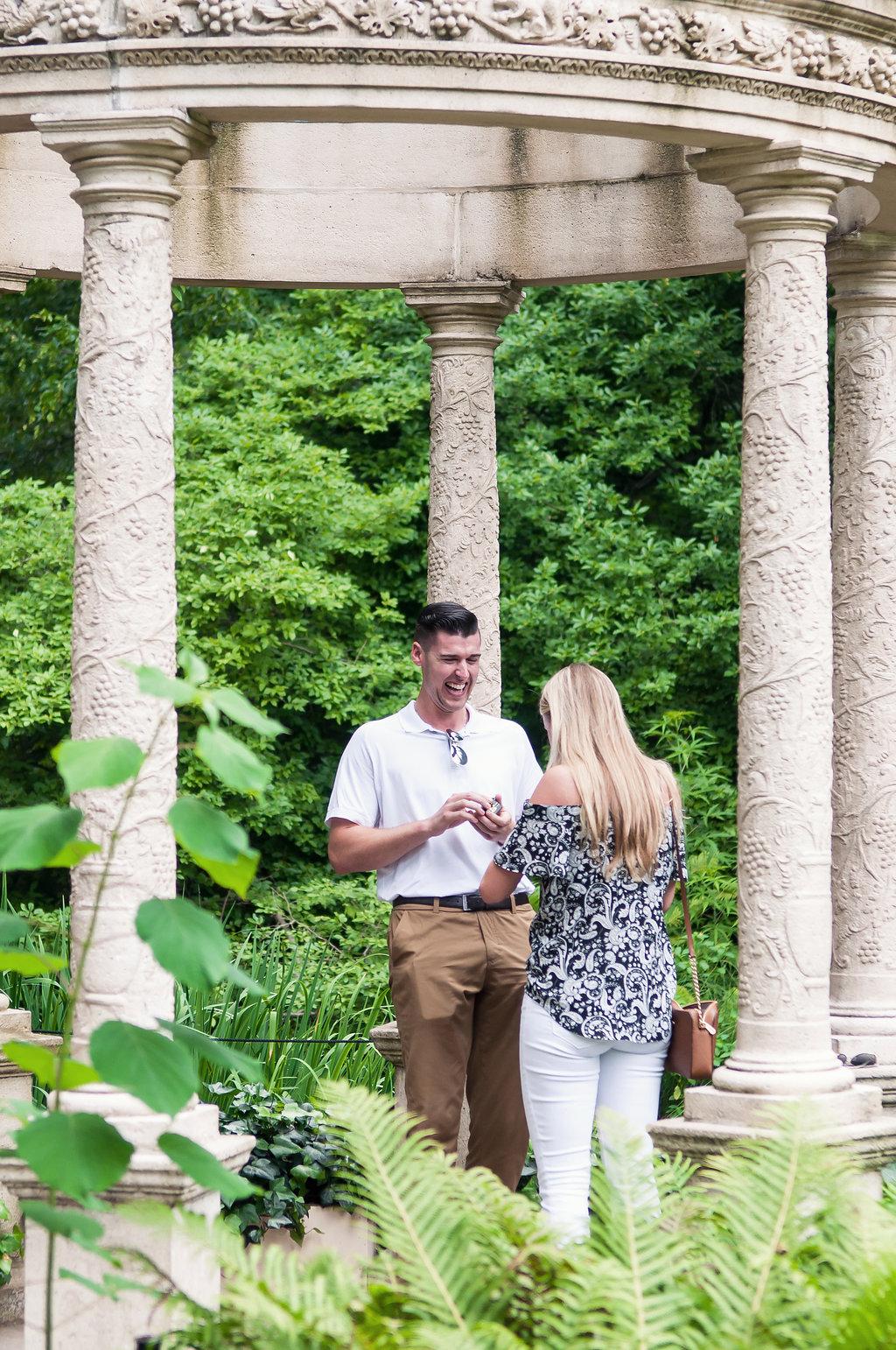 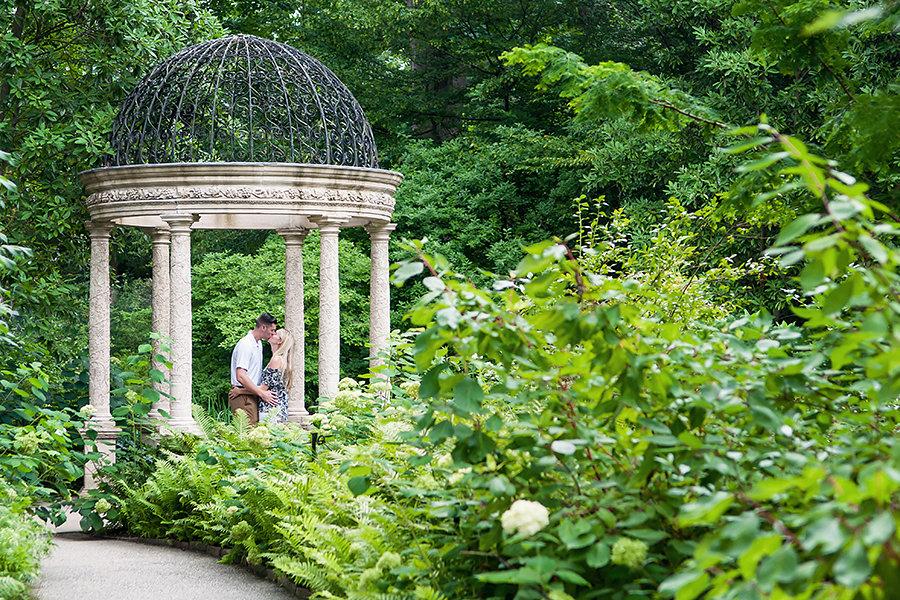 “I started brainstorming ideas as soon as baseball wrapped up – but knew I had to get my feet under me before I could pull off what I had in mind.  I was very focused on wanting to bring both sides of our family together.  Over the years, whenever I thought of how I would plan our day, the one constant in all my ideas was having both sides of our family there to celebrate the moment with us.  We had many family members who had never met before, and I knew putting them all in a room together could only result in an amazing evening, I just never could settle on where that room would be.” 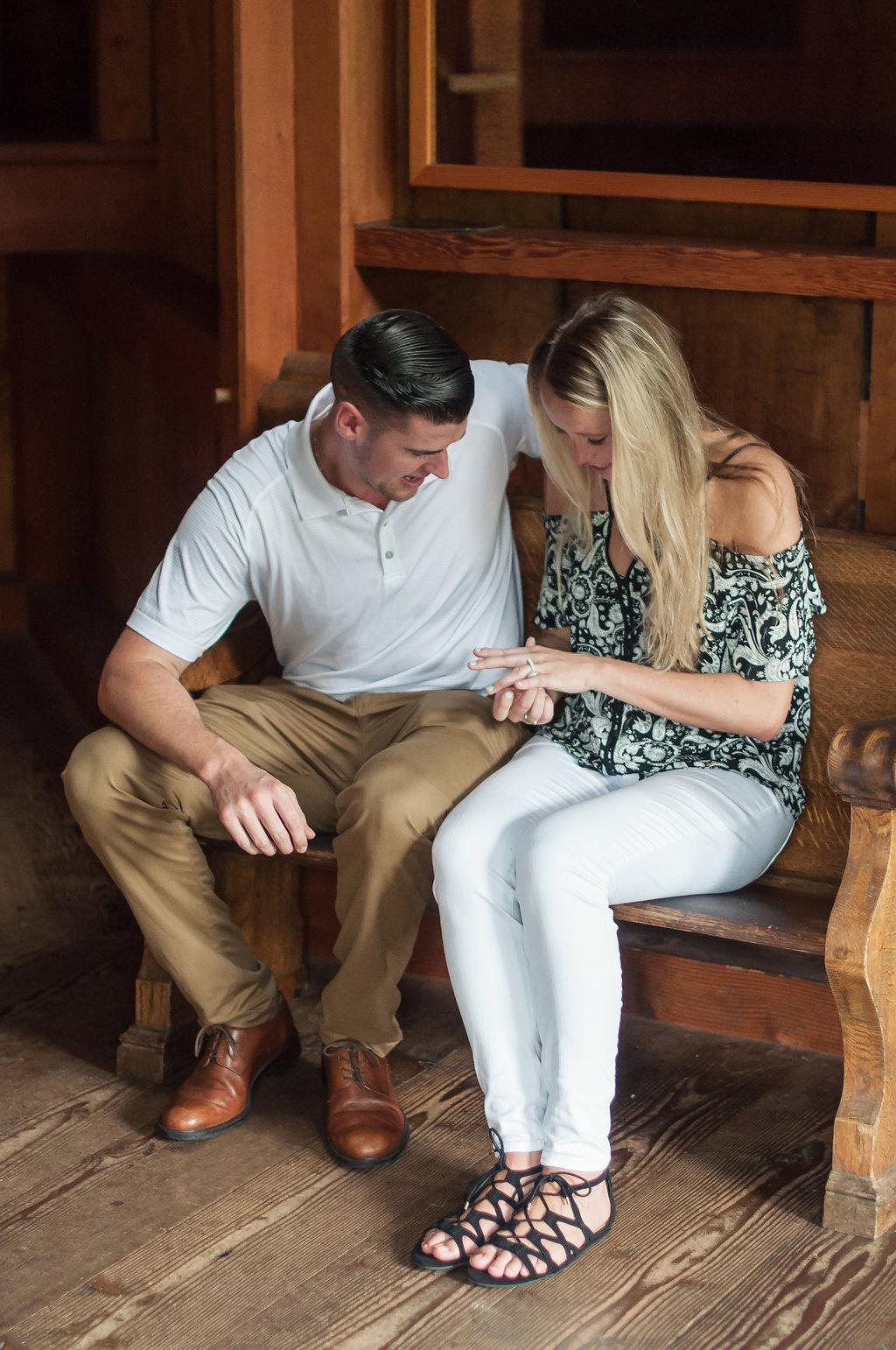 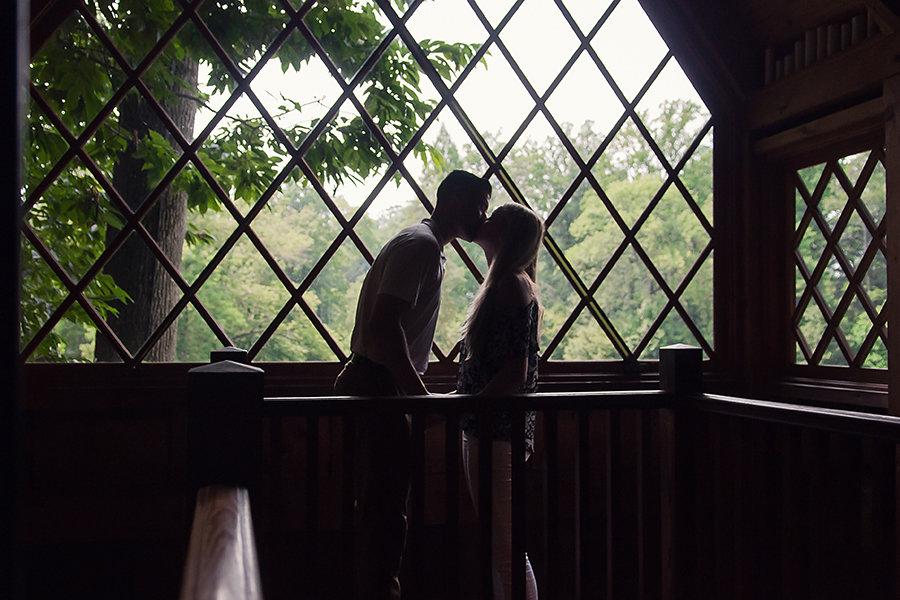 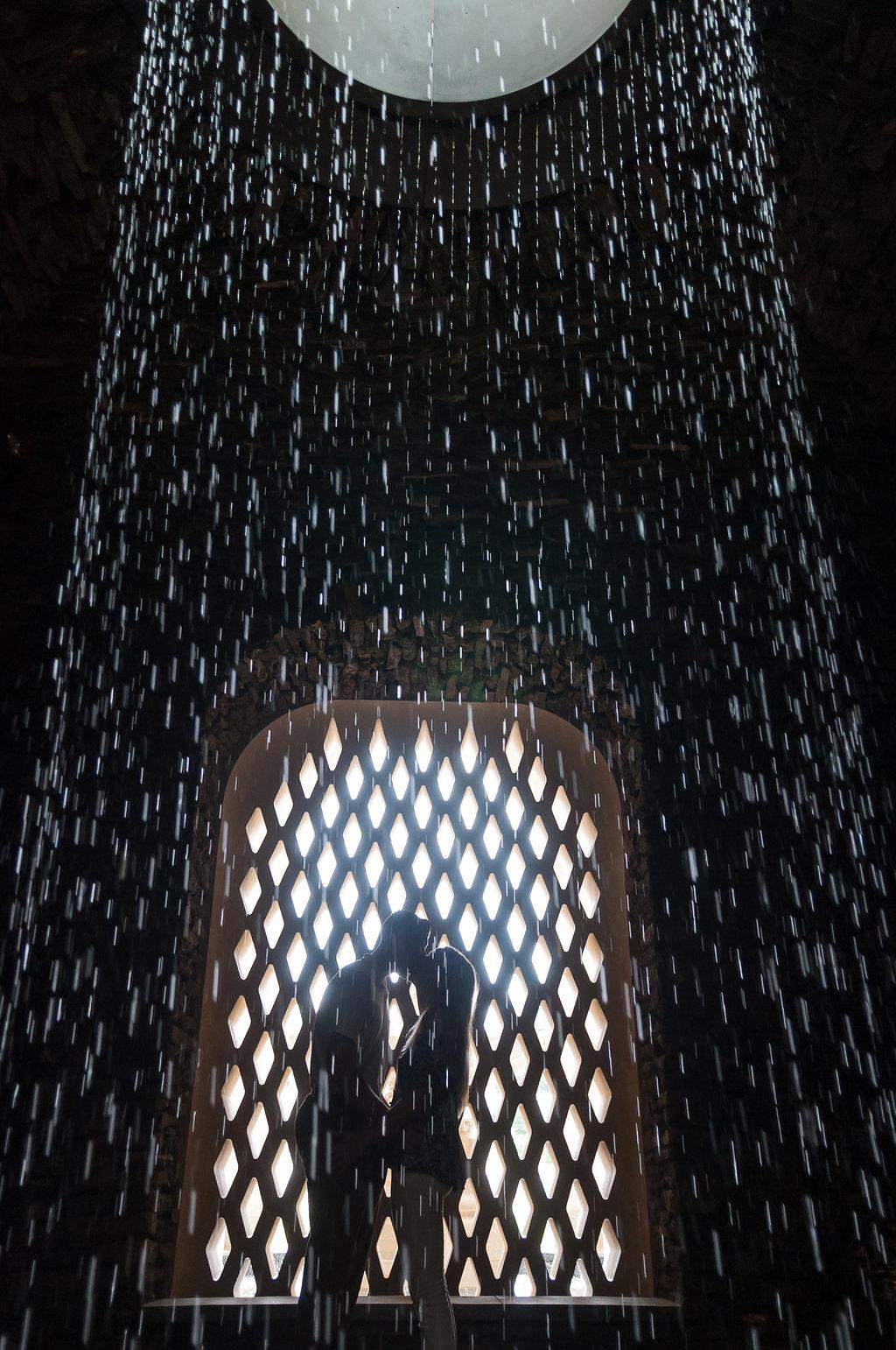 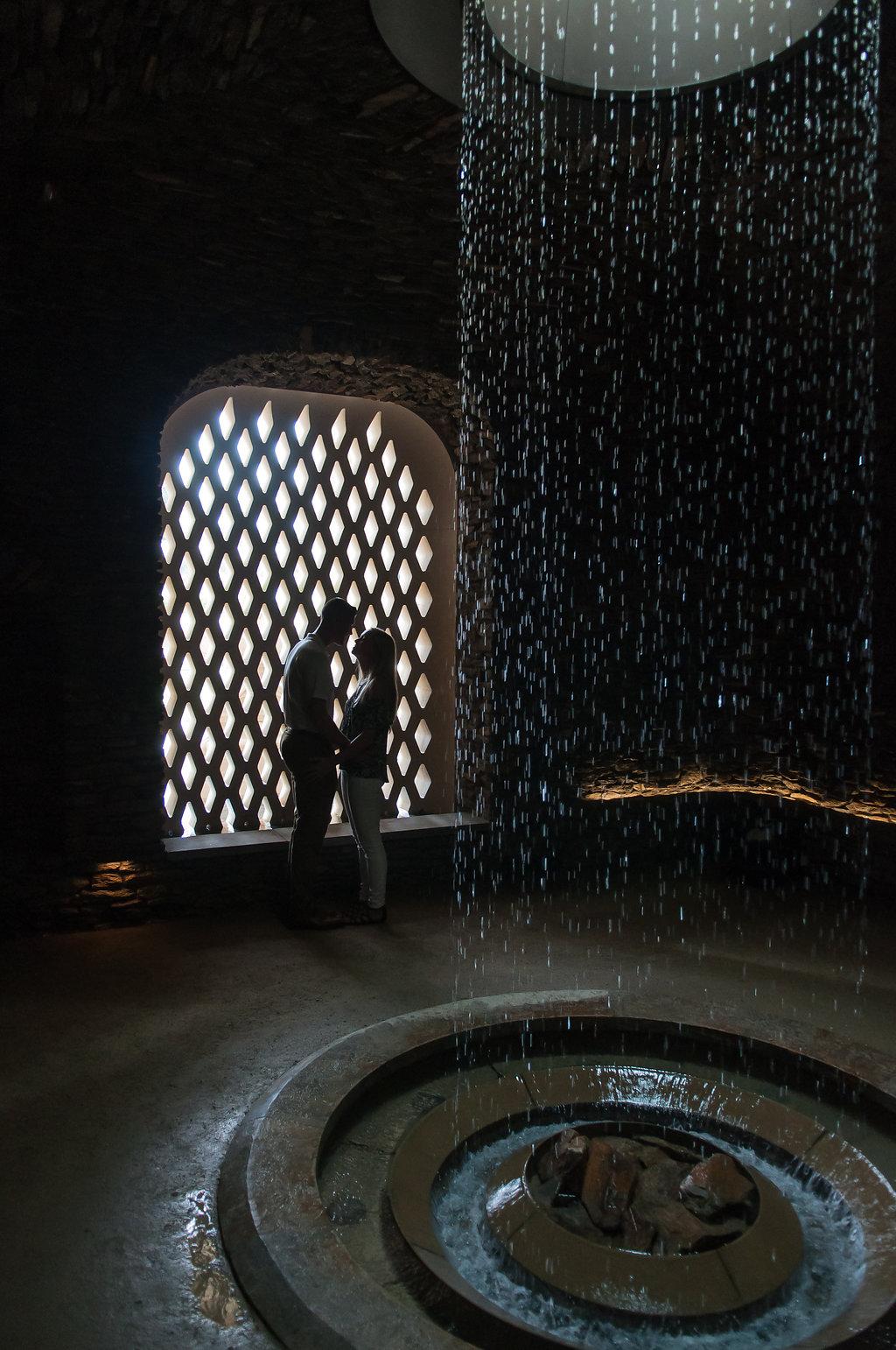 “When we toured our current apartment complex in August about a year ago, I immediately fell in love with the elegance of the complex’s “Amenity Space” and we were told that it is often rented out for parties.  Right then is when I knew this would be where I’d be organizing the surprise party (even though we didn’t actually move in until May!).

January 1st of this year I started putting my plan to paper and built a timeline of all the steps I would need to take to create this perfect day.  That’s when I chose 7/22/17 – mainly because both of our lucky number’s is 22 and we both wore 22 at points of our athletic careers.  I had that luck on my side on Saturday because every little thing I needed to go our way to make the day perfect just seemed to fall right into place one after the other as if it were fate.” 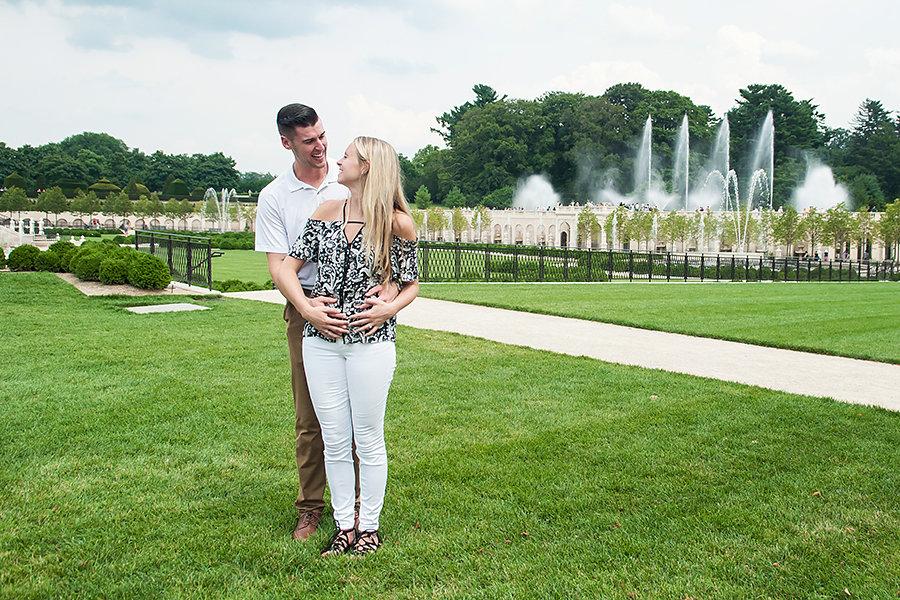 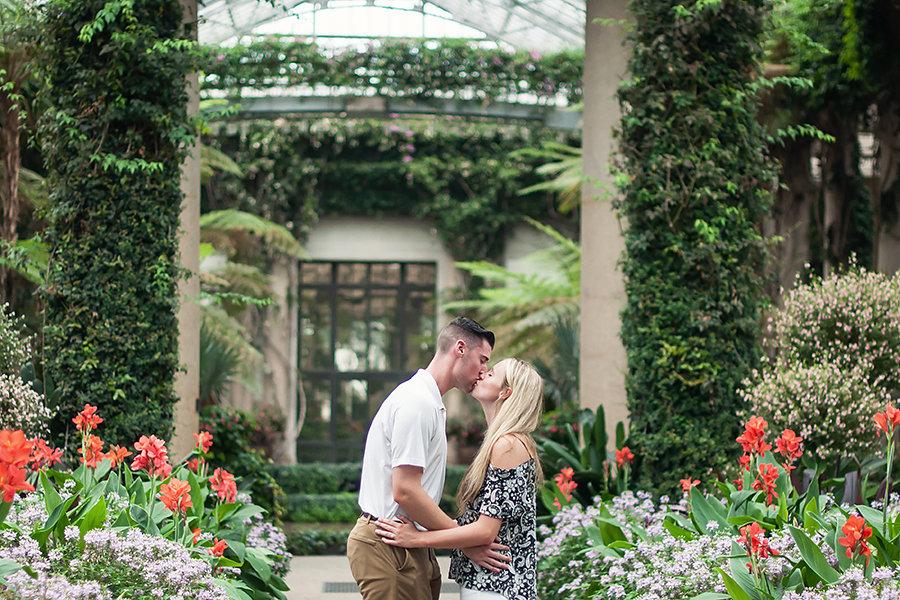 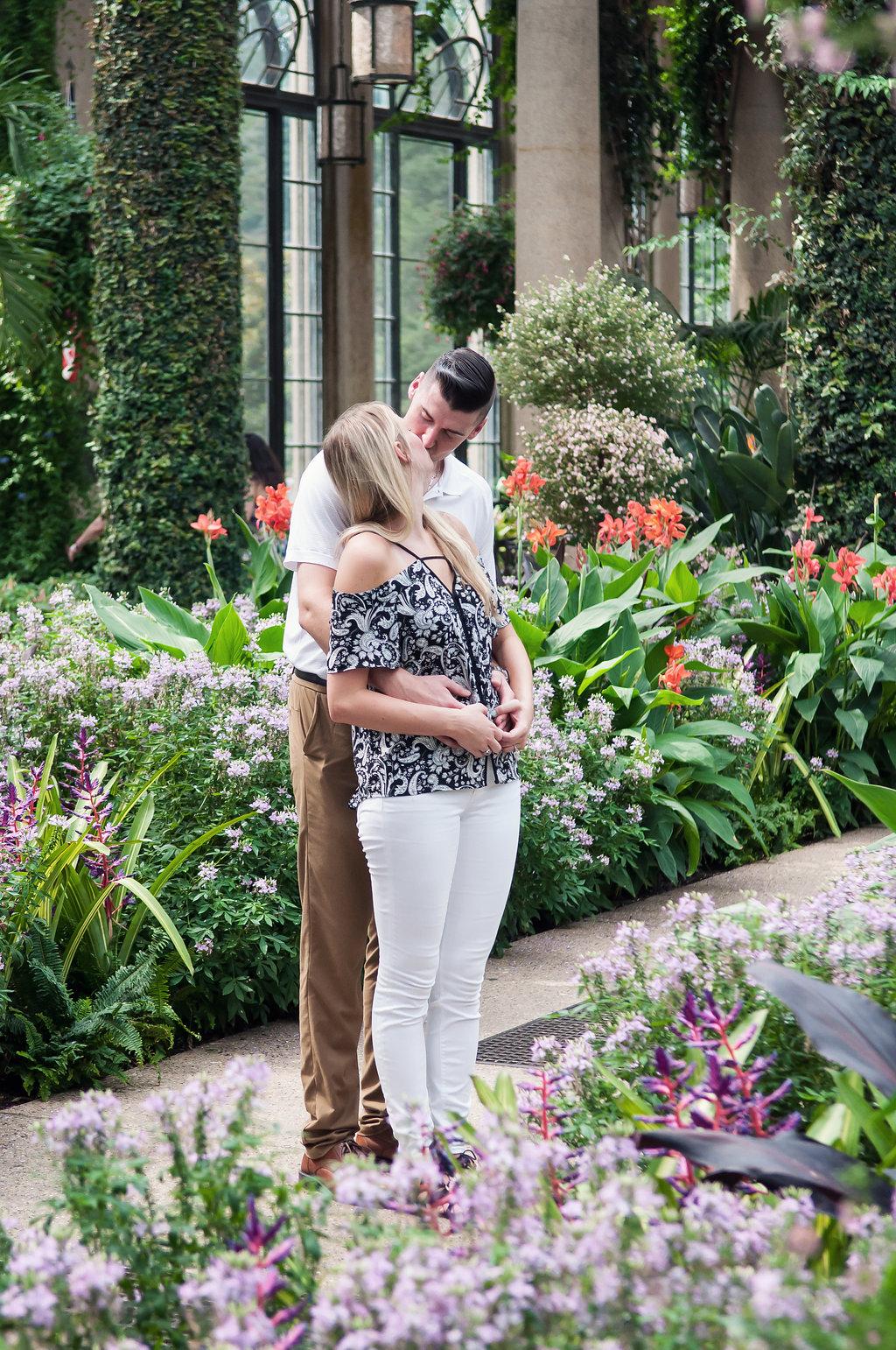 About the Location | Longwood Gardens:
“I got a recommendation from both a friend and a family member about a month ago – and as soon as I saw it online I knew Longwood Gardens was our place.  I had never been to Longwood before, until Friday 7/21.  I had everything going according to plan and I wanted to walk the property to pick out the perfect spot and figure out how I could get her to that spot in the most romantic way possible.  As soon as I saw the gazebo I didn’t need to look anywhere else – I could feel it in my heart that that was where we would share our moment.” 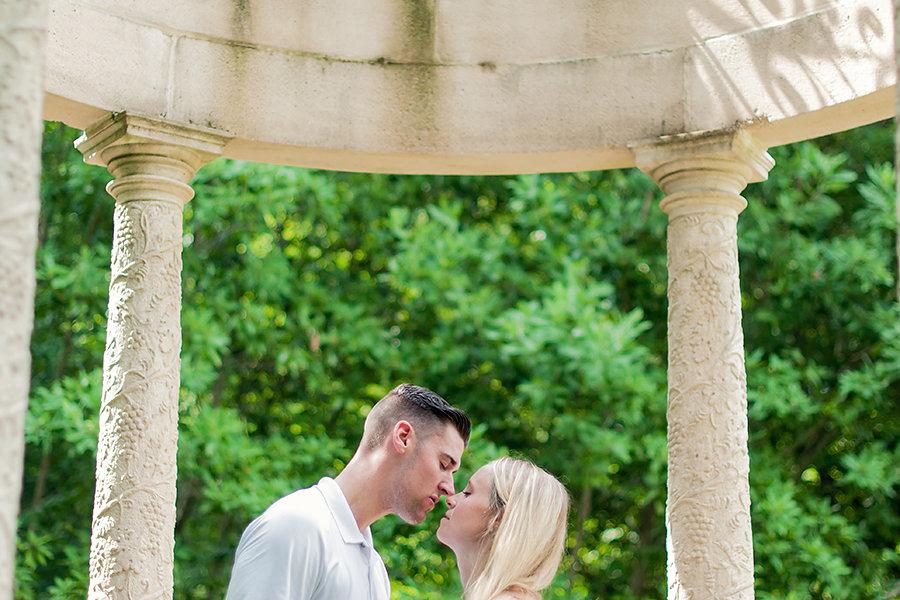 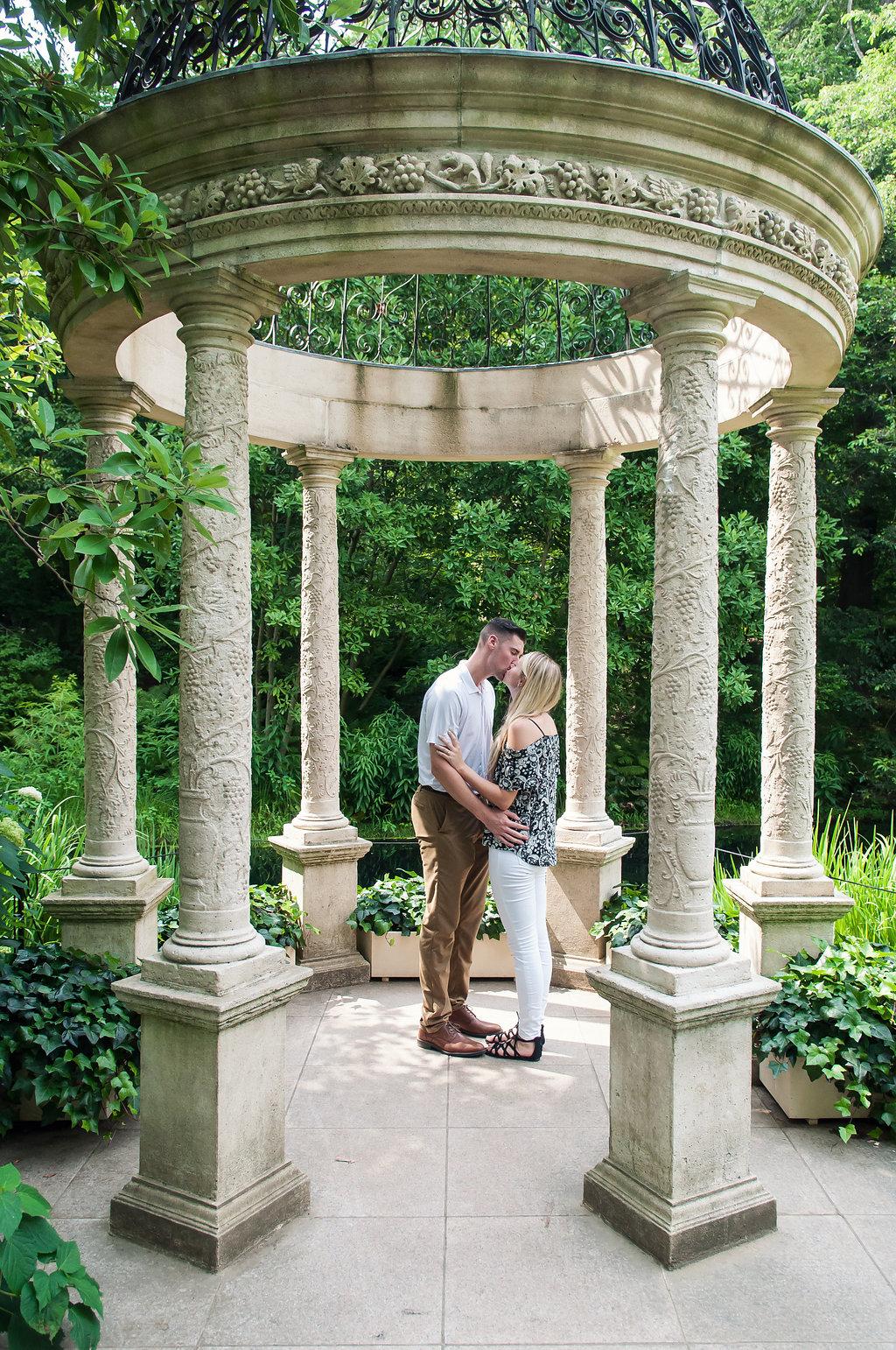 “I found Benjamin Deibert Photography thanks to a family referral!  My father’s girlfriend’s daughter used to work with Ben and knew he was now in the Philly area.  I had mentioned to my dad that I was thinking of hiring a photographer and Alex was kind enough to reach out and make a recommendation, and boy am I glad she did! In speaking with Ben over the phone I was energized by his excitement and passion for shooting our big day.  Looking back on everything now I can comfortably say that having Ben there to photograph our moment may have been the best money I’ve ever spent.” 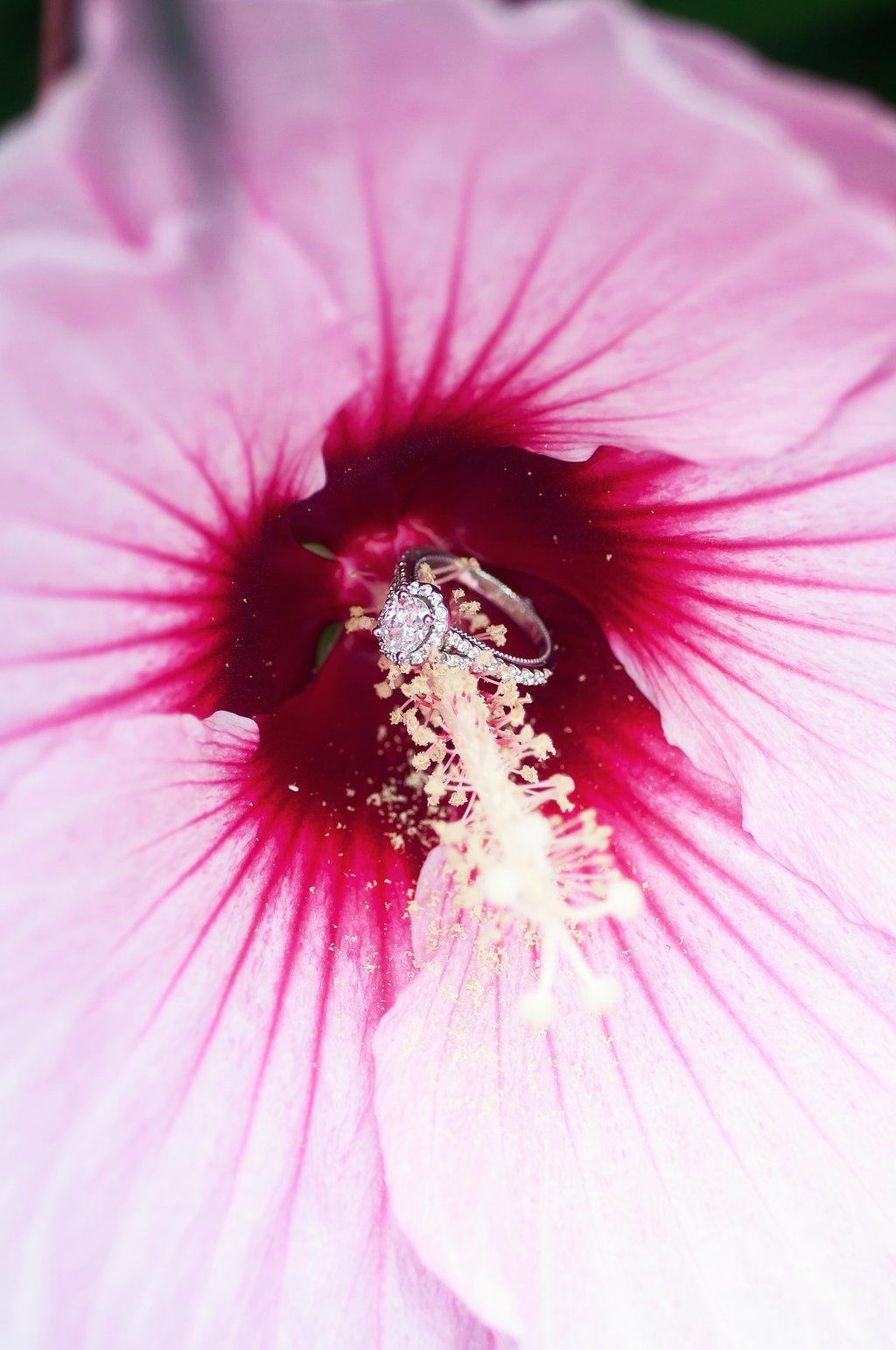 From Alicia:
“I’m pretty sure my face in the pictures says it all! I knew at some point we would get engaged but I never knew when. Ian had a whole story planned for that day about a “work event” that I never questioned at all. So, needless to say when he got down on one knee I was totally surprised and overwhelmed with love, happiness and excitement. And I’ve replayed it in my head a million times! Ian truly made it the most special day of my life – one that I will never forget!
Ian and I met at Lafayette College in 2011.  We were both college athletes – I played basketball and Ian played baseball so we frequently bumped into each other.  The first time was at a volleyball game, in which Ian went out of his way to comment on how “cool” my purple shoes were. (Quite the pickup line – but apparently it worked!)
We have not officially started wedding planning yet.  We’ve loosely talked through ideas but nothing’s set in stone. Ian and I are going on a family vacation soon, and we plan to spend the week starting to nail down some details and then when we get back it will be full steam ahead! I’m super excited to plan everything as I’m the oldest of 3 girls (and the first to get married) so I think I will have a lot of help from my mom and sisters!