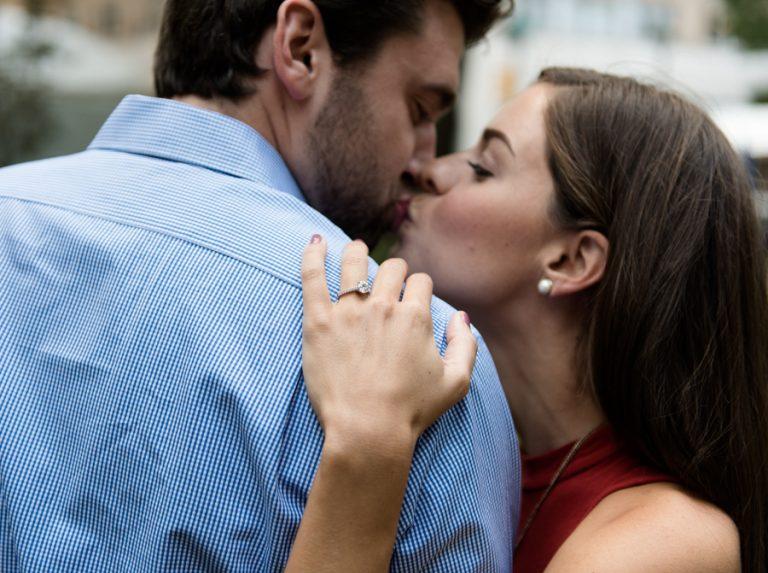 John and Lisa have been dating since high school, and their magical proposal is as sweet as can be!  It was a typical Saturday night, and Lisa had no idea what was about to happen as she and John walked through the beautiful Rittenhouse Square in Philadelphia.  They were on their way to a local comedy club, and since the Fine Art Show was happening that night, it seemed like a typical stroll on a beautiful evening.
As you can imagine there was excitement in the air as John led Lisa through the crowds of people to the proposal spot.  John and the RingShot photographer had picked out the most perfect location that was next to the reflection of the fountain.  It was so crowded when they got there, that John had to adjust the plan by walking Lisa down a path to a more intimate section of the park.  Lisa realized it was no joke when John got down on one knee and asked her to be his wife!
Congrats to John and Lisa on your engagement and thanks for letting RingShot Photography help you “capture yes forever”! 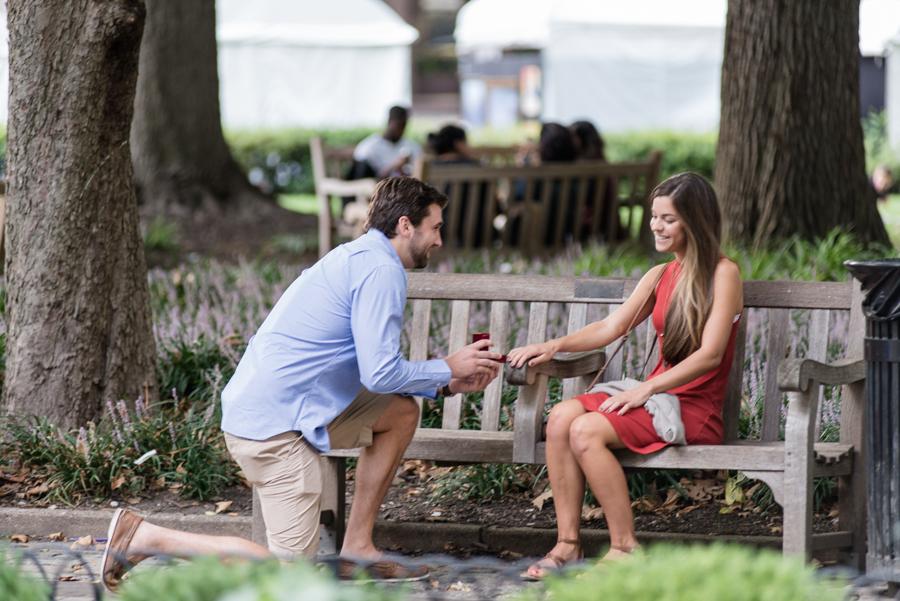 From the Groom-to-be | John: “Lisa and I first met in 2007 when we were in high school. We started dating shortly after and have been together for almost 10 years. I have always known we would get married in the future, but was waiting for the perfect time to propose.” 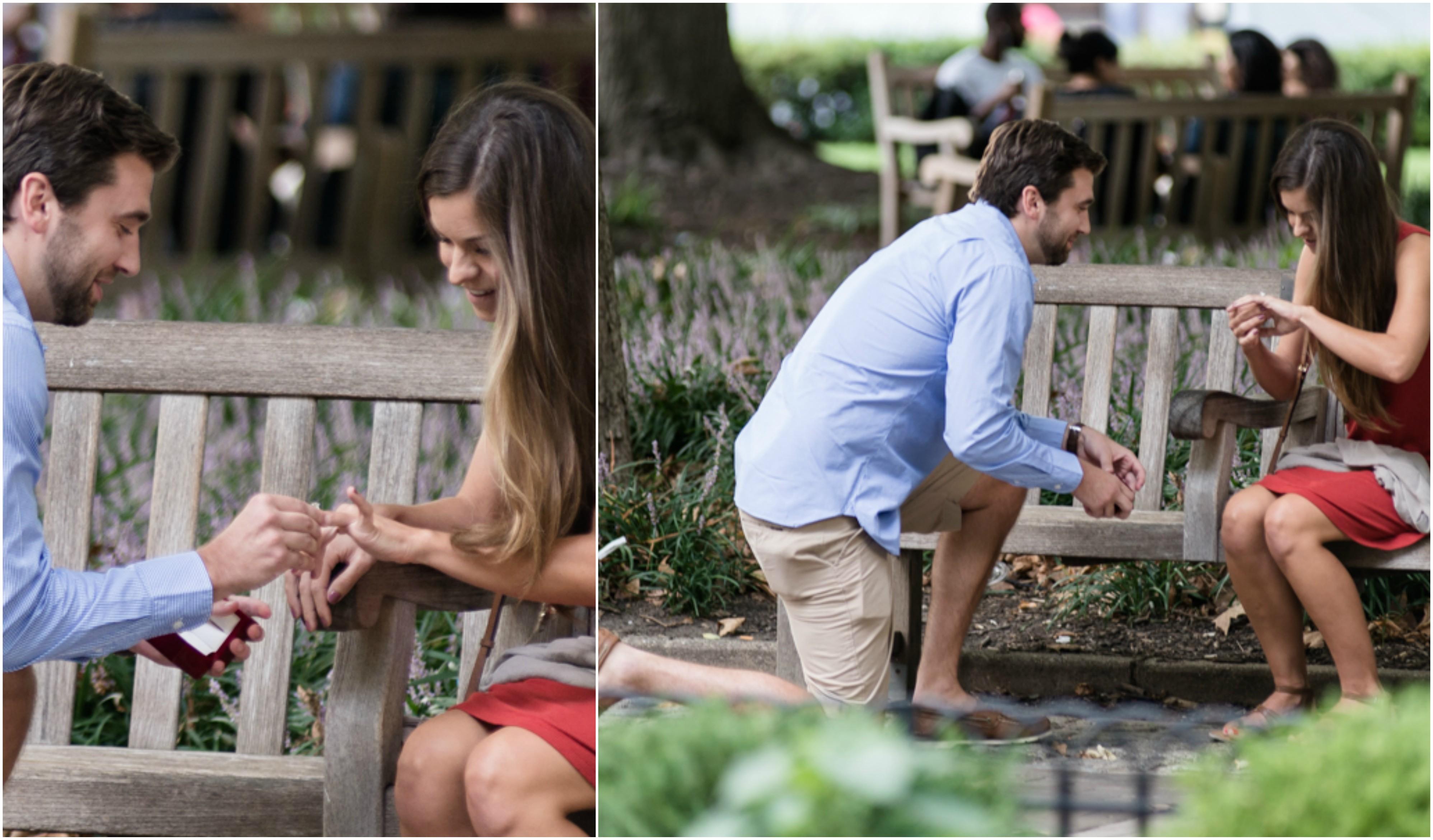 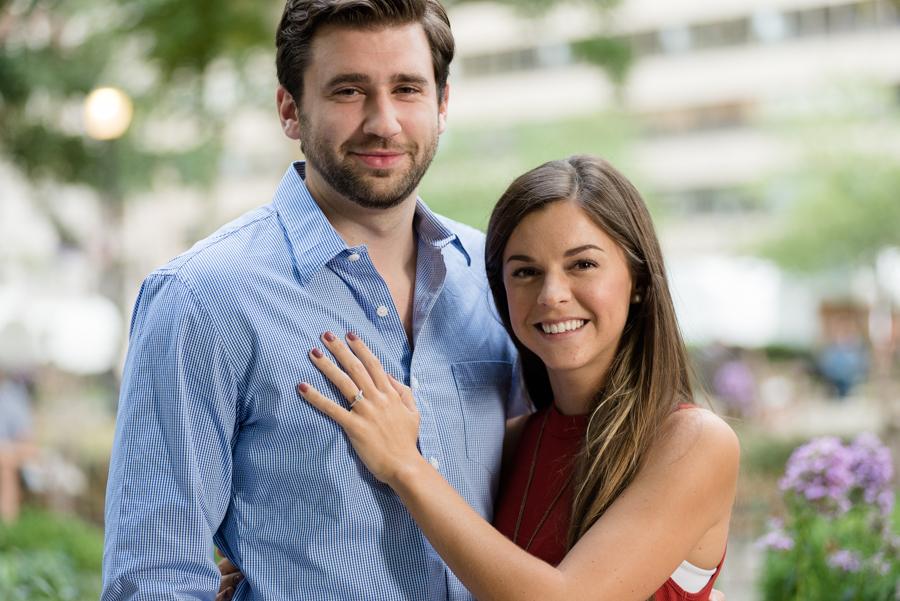 “Lisa and I both love the city of Philadelphia with it being 15 miles away from our home. It was important for me to choose a location with sentimental value. I chose Rittenhouse Park because I walk through it on my way to work everyday. On multiple occasions when Lisa and I were out in the city she commented on how much she loves the park and the charm of Rittenhouse.” 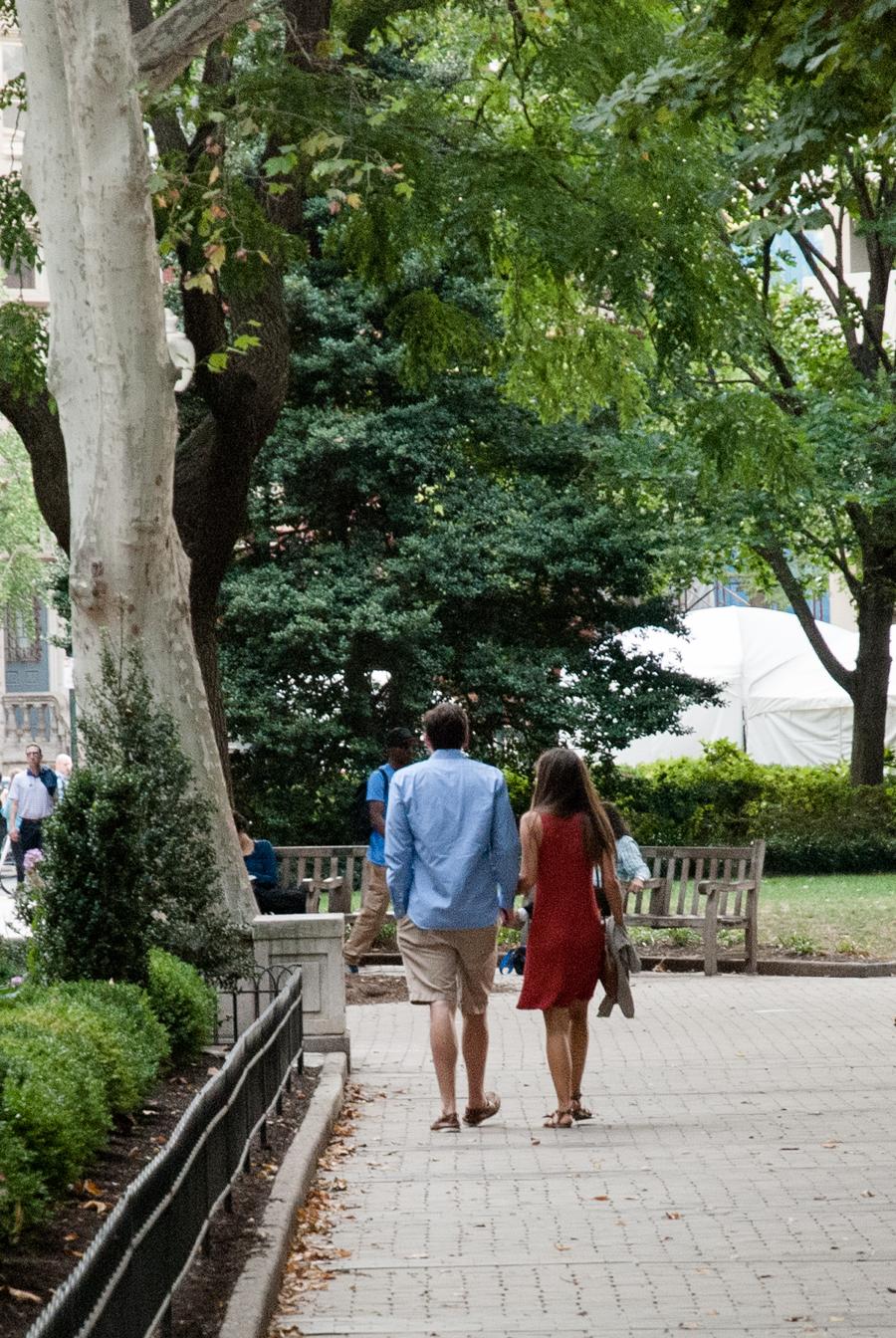 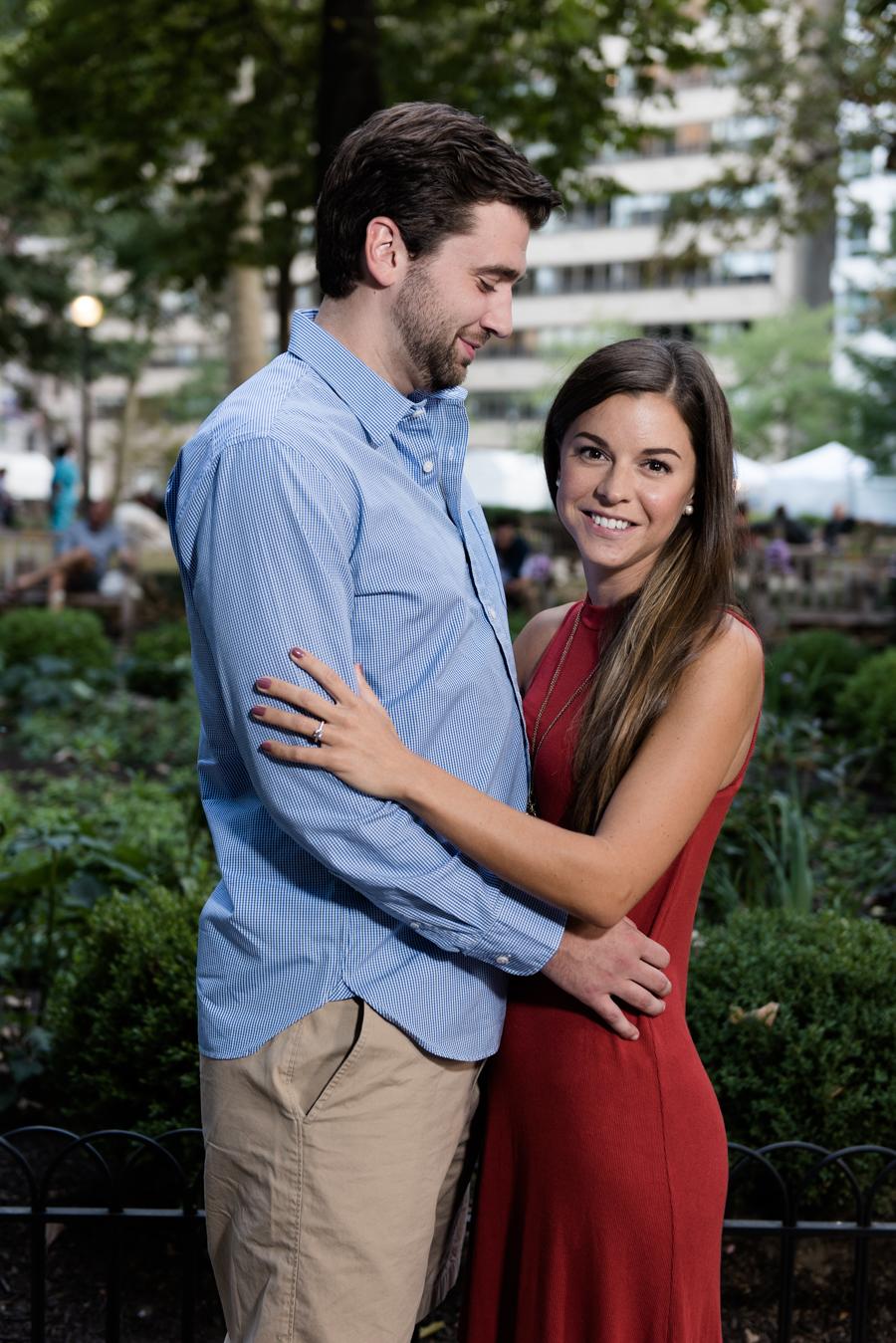 “We had a jam-packed summer filled with different trips across the country, down the shore, baseball games and concerts. I wanted Lisa to be as surprised as possible and I knew a day trip to the city in September would catch her off guard. I told her were going to an early comedy show and then out to dinner afterwards with my family to celebrate her new job.” 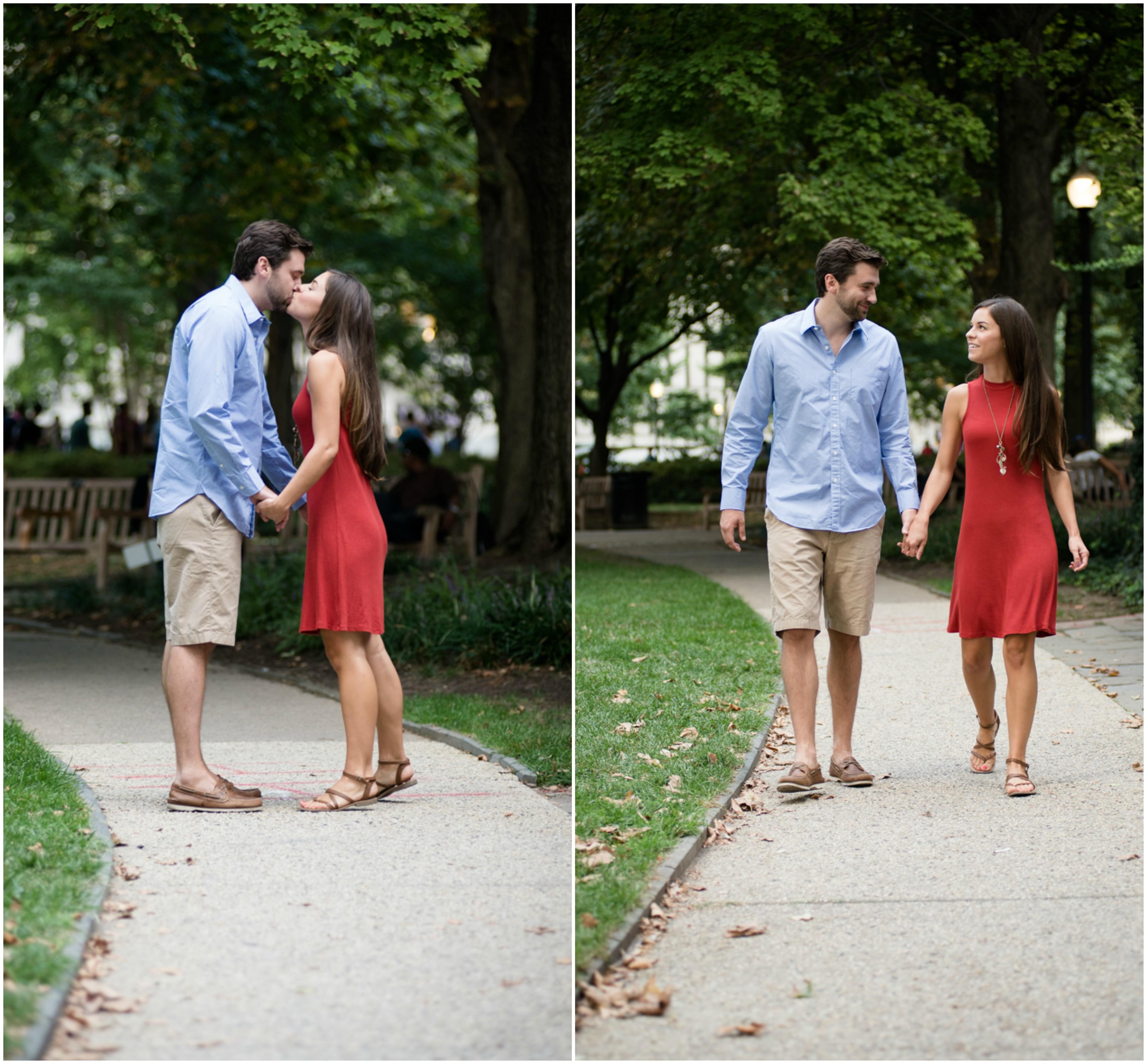 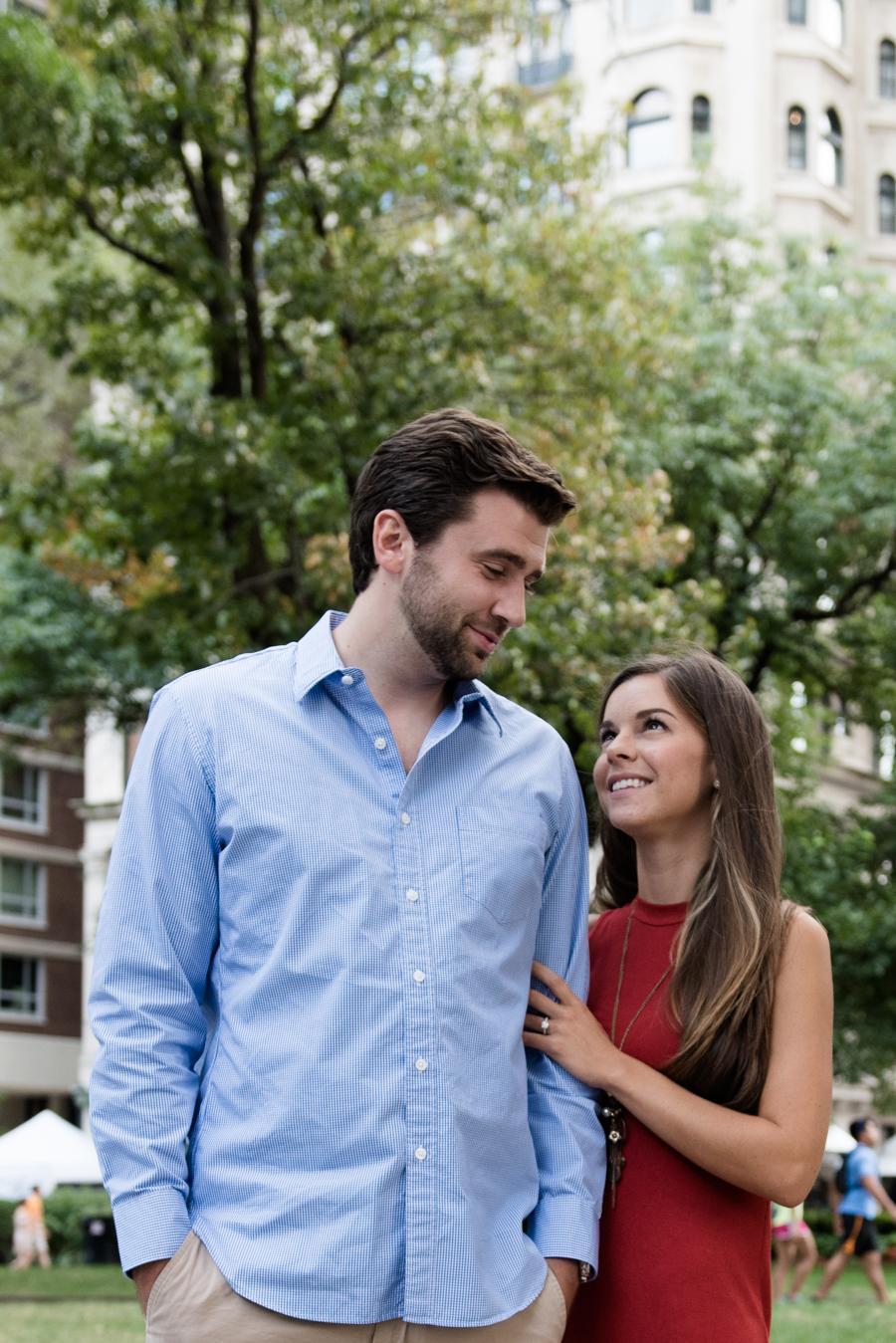 “The only people who knew that I was proposing were her father and my dad who helped set up the family dinner. It was truly a special day that I wanted to remember, so I reached out to RingShot Photography to capture the moment. I found RingShot through colleagues. When I mentioned that I was proposing and looking for a photographer RingShot was highly recommended. I am extremely pleased with my decision. Carmen and Bill were very knowledgeable about the area and where the best location in the park would be for the proposal. Throughout the whole process they were such a pleasure to work with” 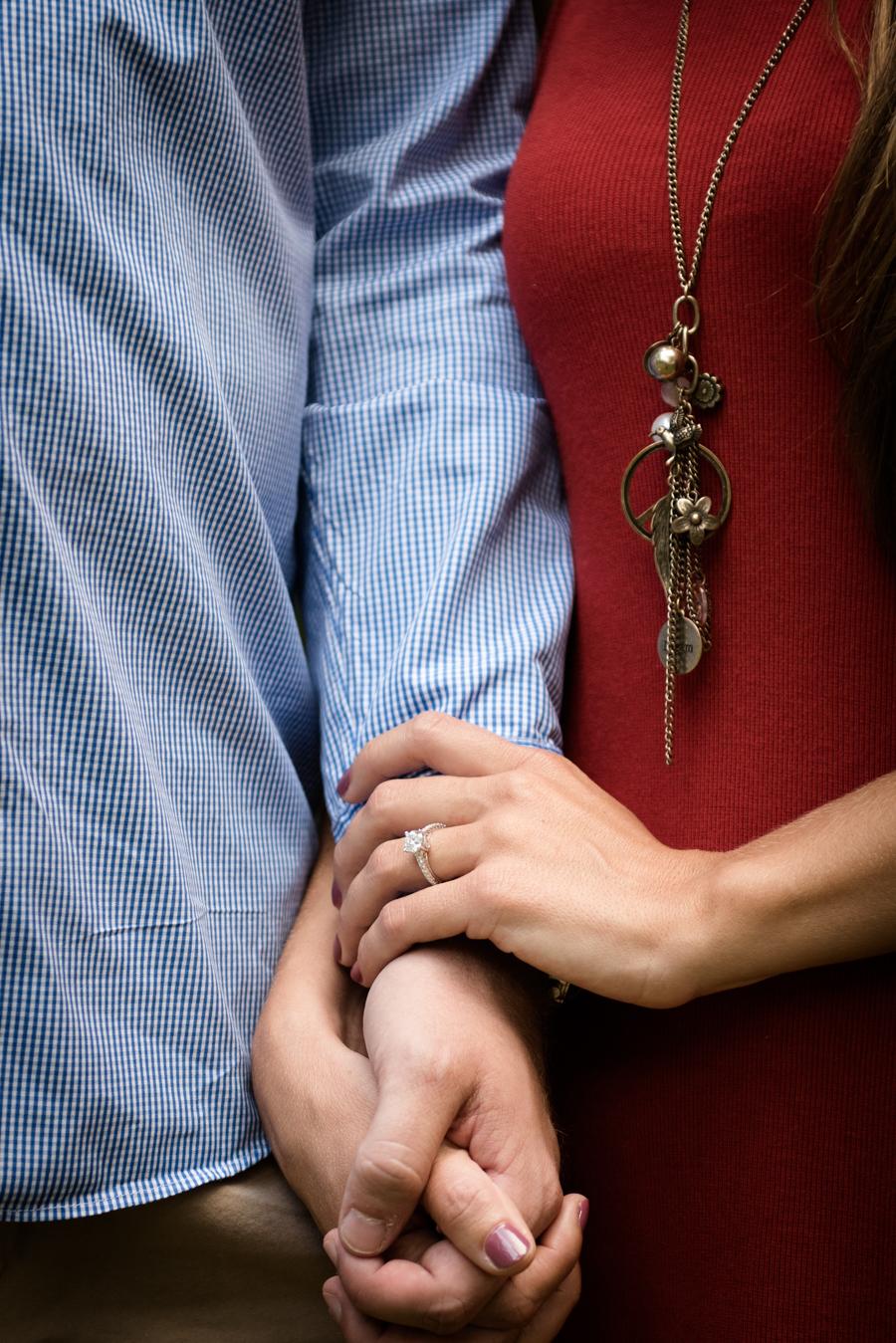 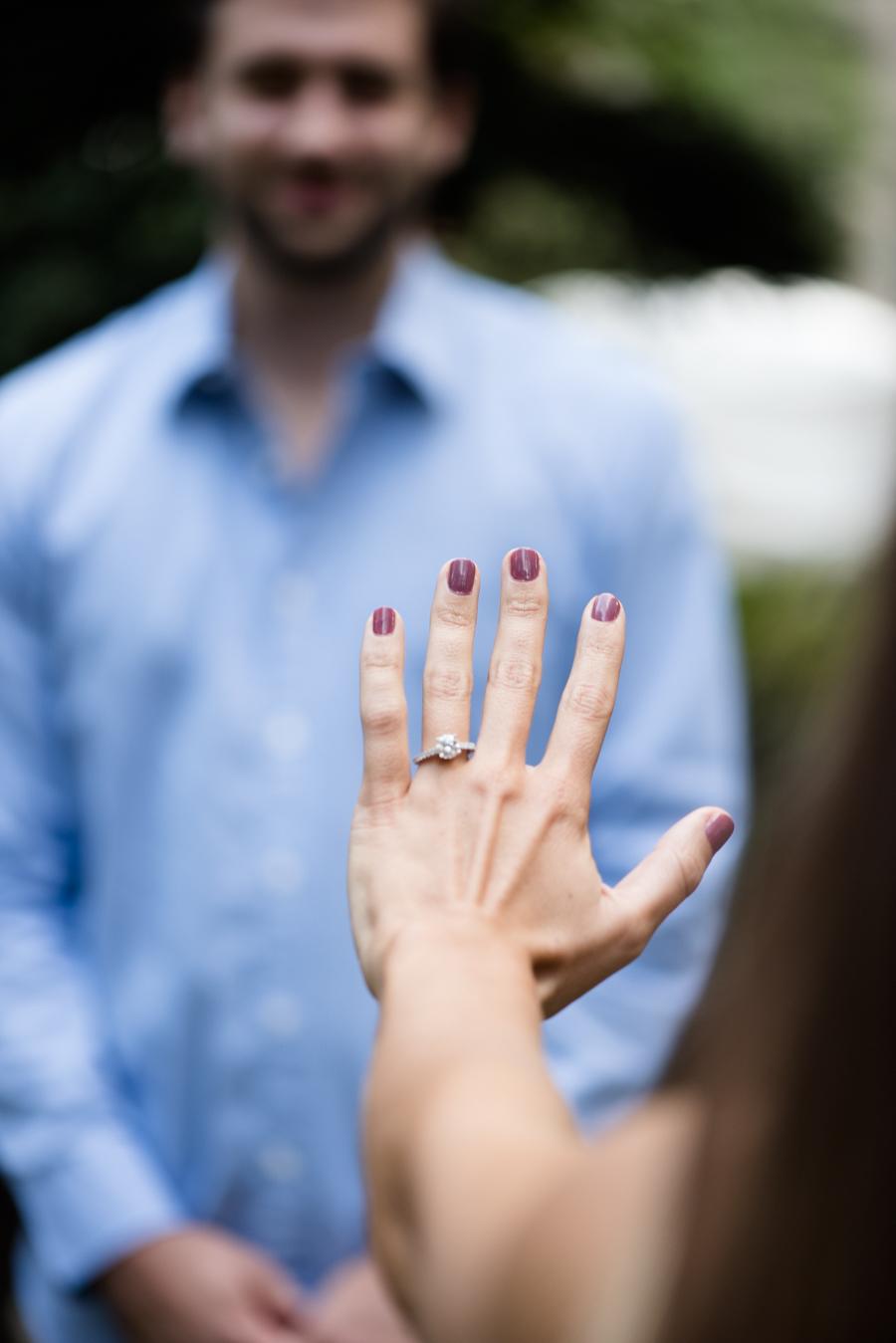 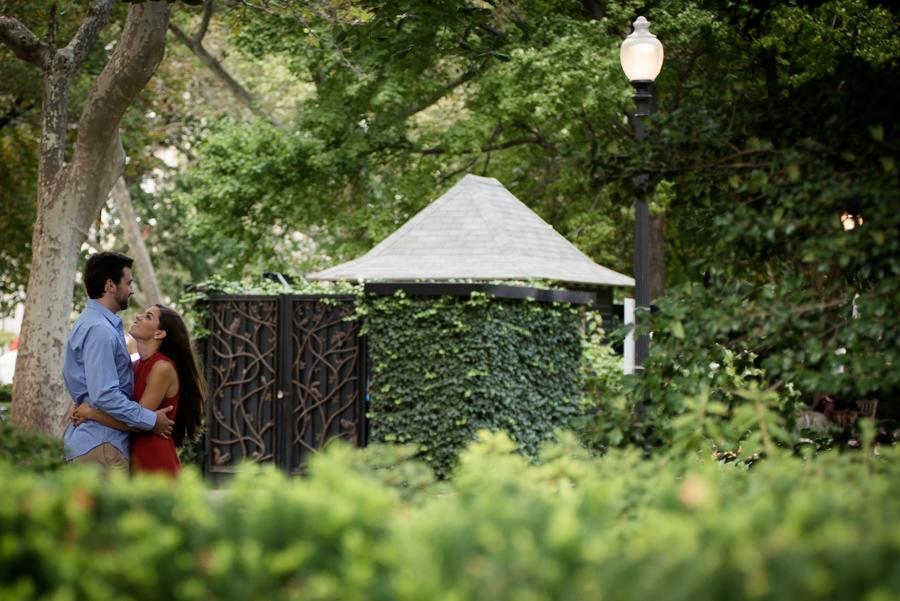 From the Bride-to-be | Lisa: “Being with JJ for close to 10 years I knew we would get engaged in the near future.  However, I did not know exactly when that time would be. It is not out of the normal for us to travel into the city to see a show or go out to dinner. So, when JJ proposed on September 17 in Rittenhouse I was completely surprised and caught off guard! It was such a special moment that I will remember for the rest of my life. I felt a whirlwind of happy emotions and couldn’t wait to share the wonderful news with my family and my soon to be sister-in-law. JJ planned such a lovely evening and with help from a family friend jeweler designed the most beautiful ring to capture my style and personality.” 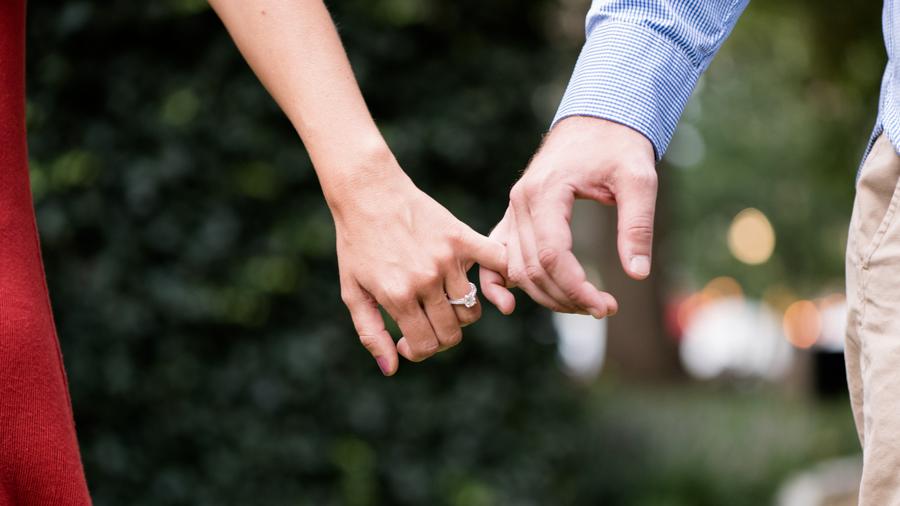