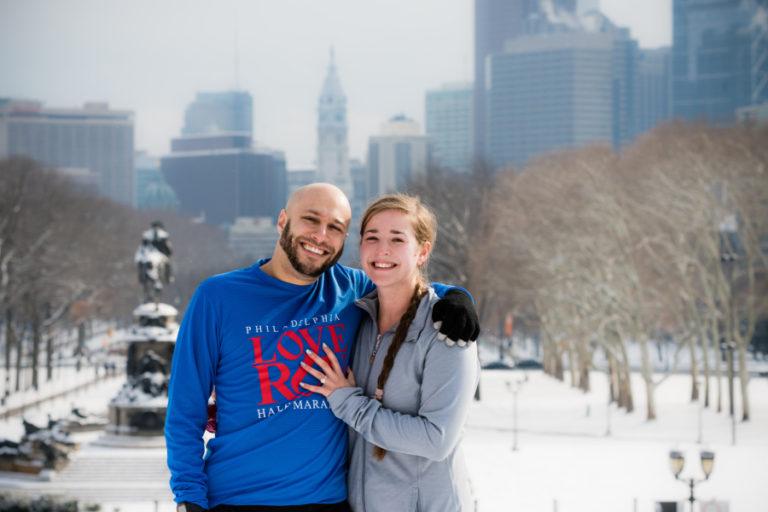 A Snowy Proposal At The Philadelphia Museum Of Art

When you combine one of your favorite pastimes, a breathtaking view, and the enchanting winter weather is on your side, you get one romantic proposal!  Ilana and Noah met through their love for running, so the groom knew it was the perfect segue for the proposal.  What started as a jog up the Art Museum steps turned out to be a run to remember.  Luckily Useless Rebel was behind the lens to capture it all as it unfolded, so keep scrolling for more storytelling visuals and the charming proposal story. 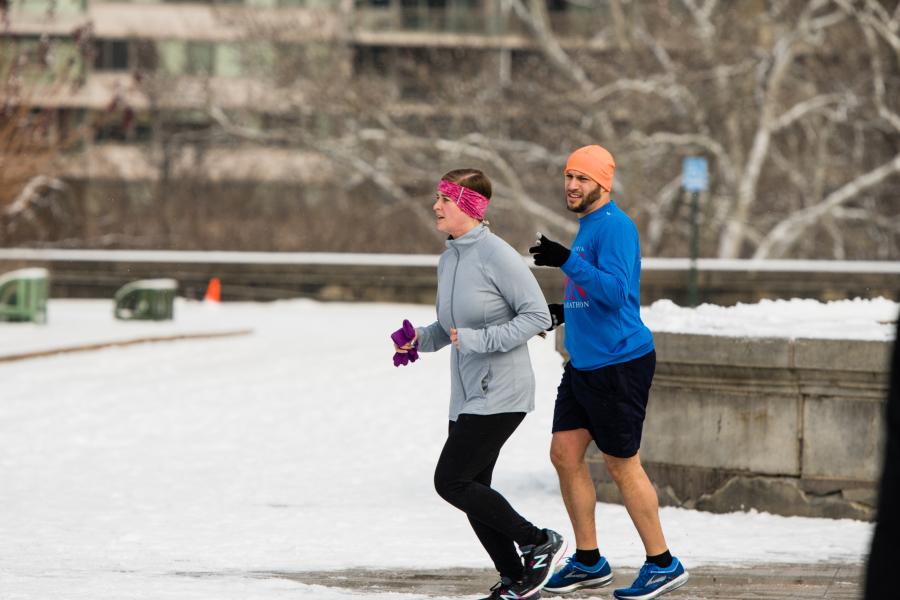 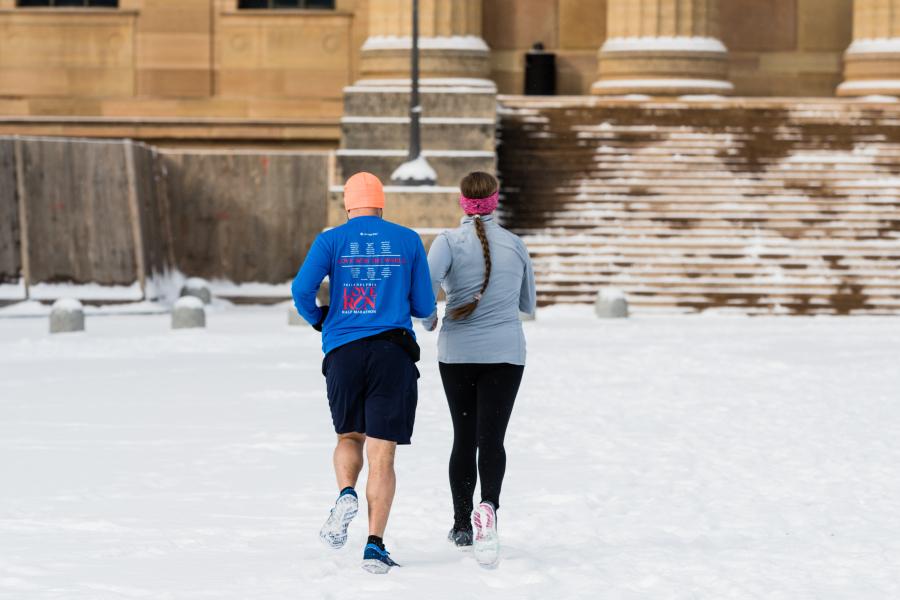 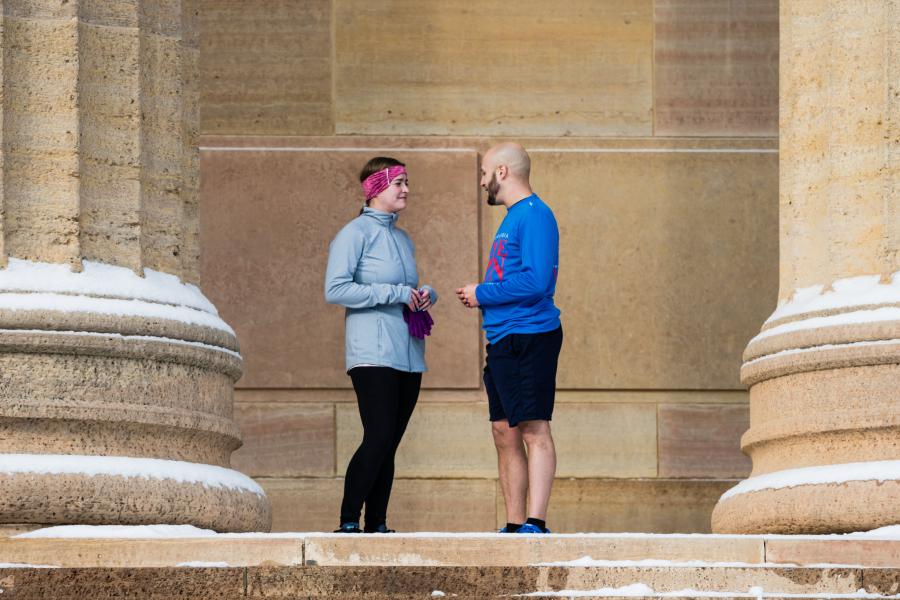 “Noah had been spending a long time “running” through how he was going to propose to Ilana.

He finally decided that the best way to do it was on a run, ending at the Philadelphia Museum of Art, where the couple has ended many of their long runs training for various races together.

They met at a singles run in University City and he thought going on a run was the best way of proposing.

The weather was calling for either a lot of snow or single-digit temperatures in the days surrounding when he was planning to propose. It was fortunate that he decided on December 30th, 2017 (he had to make sure this would work with his photographer and fellow metal-head friend Dante, who would inevitably take the pictures…and of course with his dad, whose birthday it was that day).” 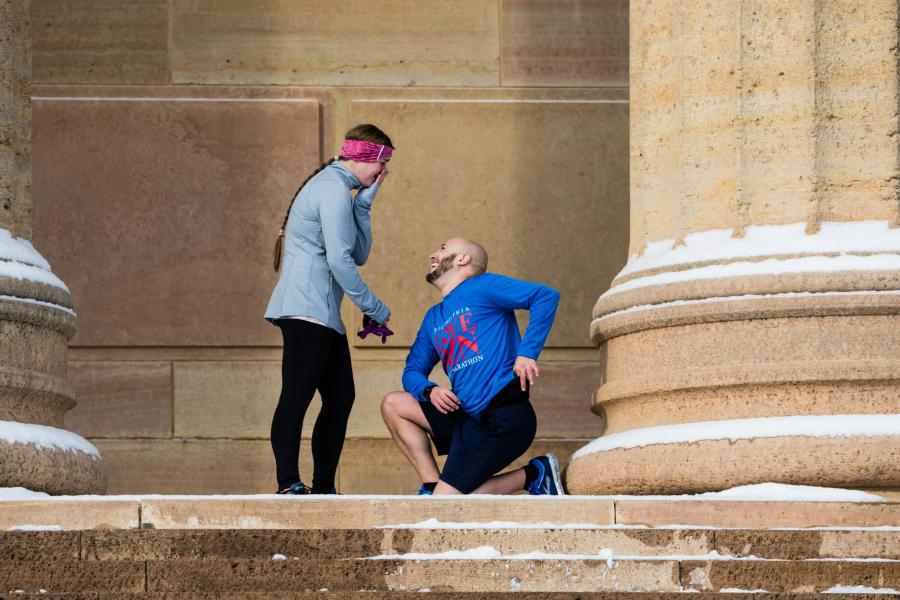 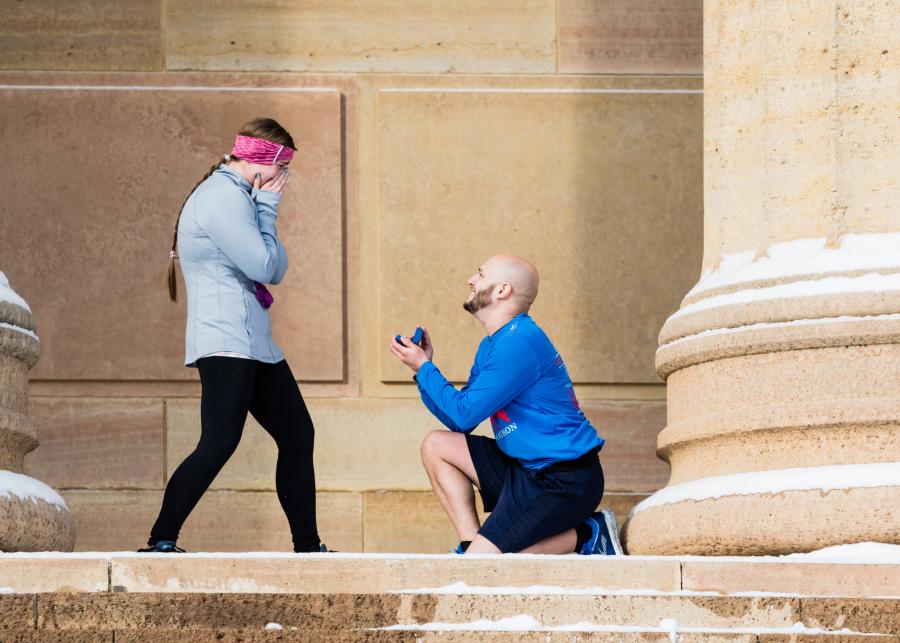 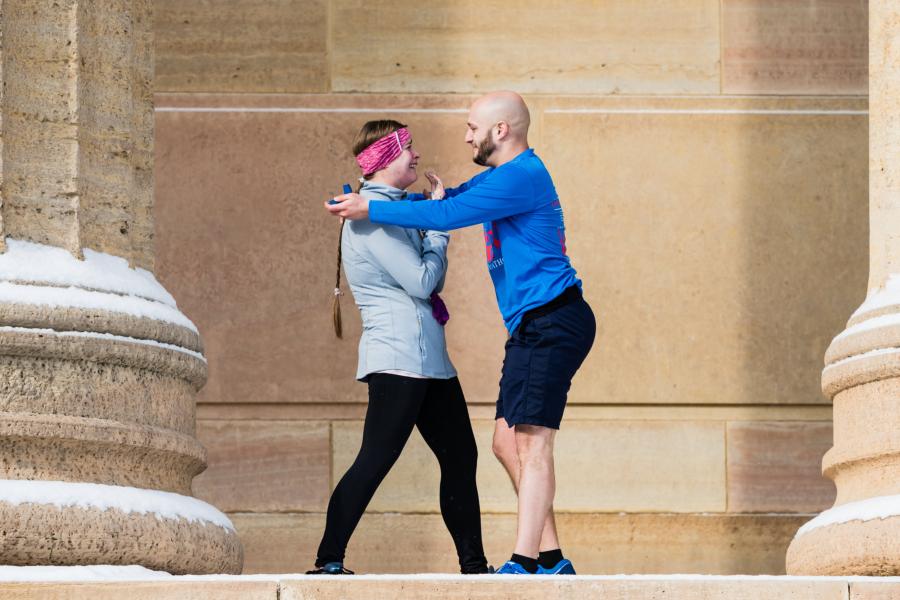 “The morning of the run, Noah came to Ilana’s apartment, dressed in running clothes in 30-degree weather and she greeted him with a heartfelt “why are you wearing shorts?!”

Ilana then divulged a story of the previous night where she had gone to a concert of a musician who hired her to dance in one of his music videos. She showed Noah one of the music videos that he shot on his wedding day.

Although it was snowing, Noah was confident that Ilana would be willing to get her running clothes on and trudge out in the snow on a run, because she hates saying no to things, especially when it comes to running.” 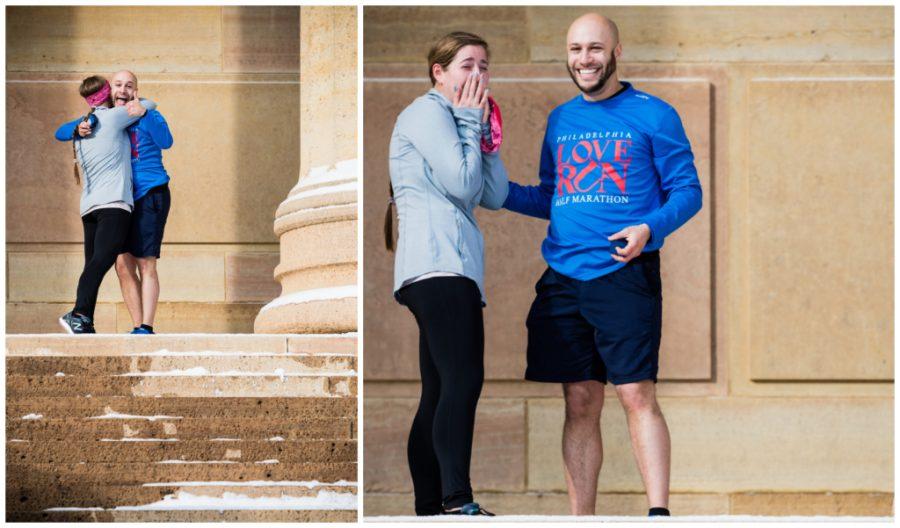 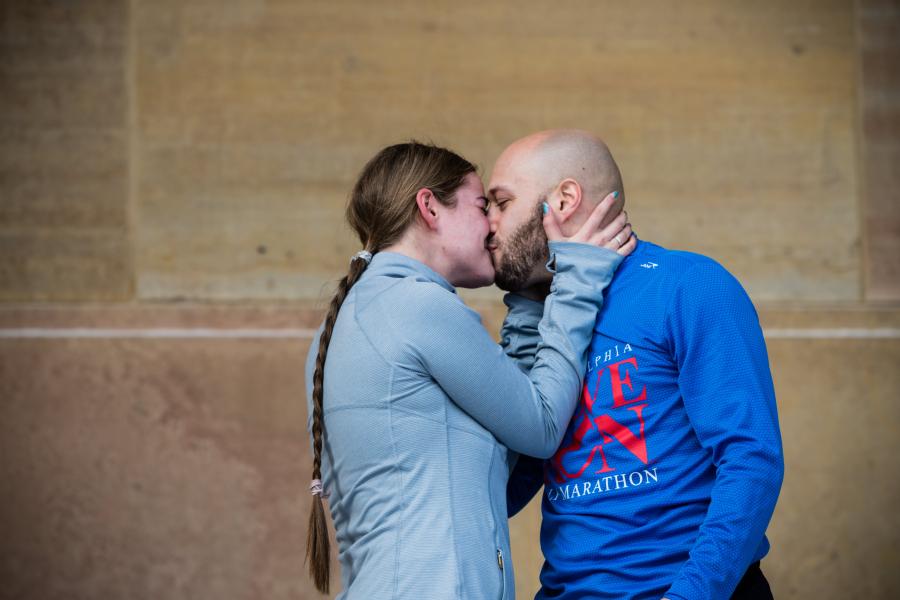 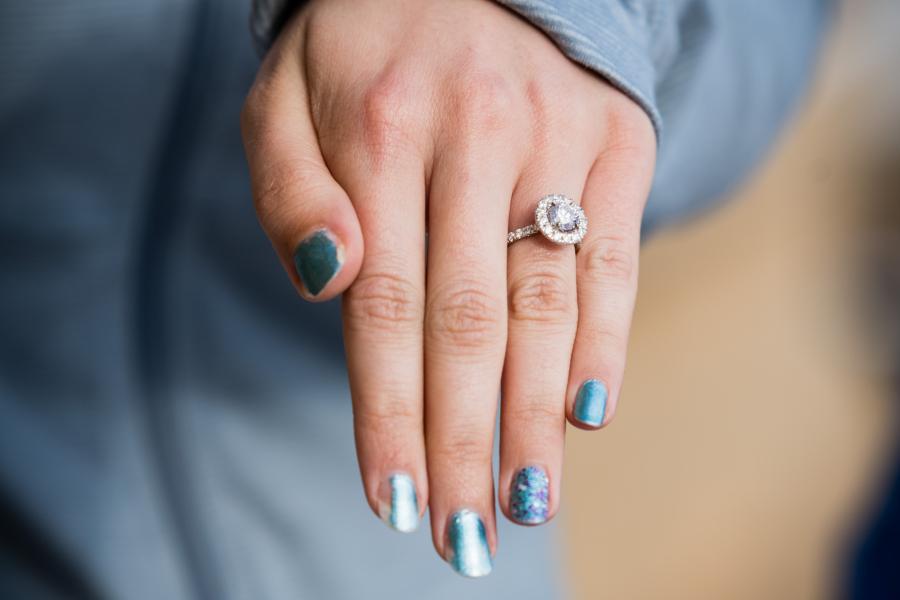 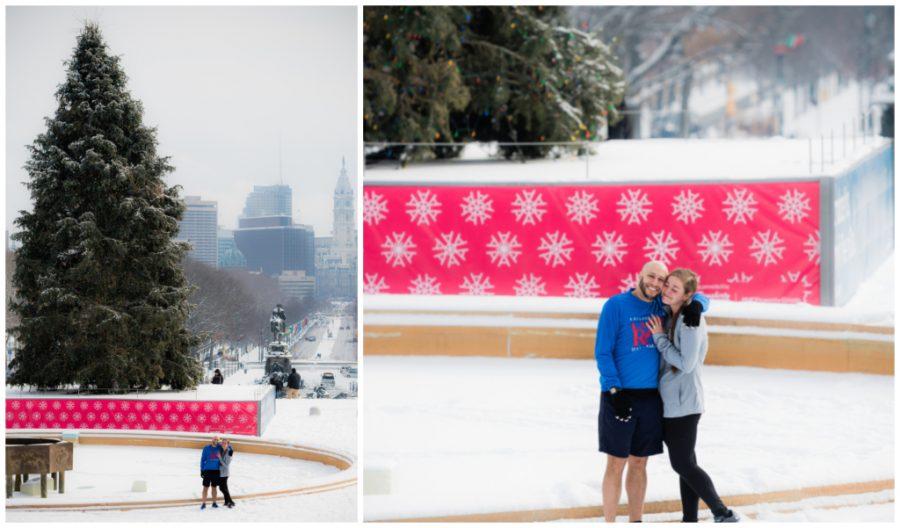 “Ilana and Noah have been running together since they met in October of 2016 so this just seemed like a typical Saturday morning; Ilana had no idea that it was anything but a normal run…

As they were approaching the Art Museum steps (of Rocky movie fame), Ilana began to tell a story of how her friend was proposed to. (Keep in mind, she wasn’t dropping hints, just telling stories). They got to the very top of the steps, and she finished the story by saying “she wasn’t expecting it at all and that’s how I would want to be proposed to.”

Noah responded with, “that’s quite a story. Now it’s time to make a story of our own.” Ilana at first didn’t believe it…until Noah got down on one knee and brought out the ring he had been hiding from her all morning in his running utility belt (it’s not a fanny pack!!).

Through tears and smiles, she said yes, and the rest, as they say, is history.” 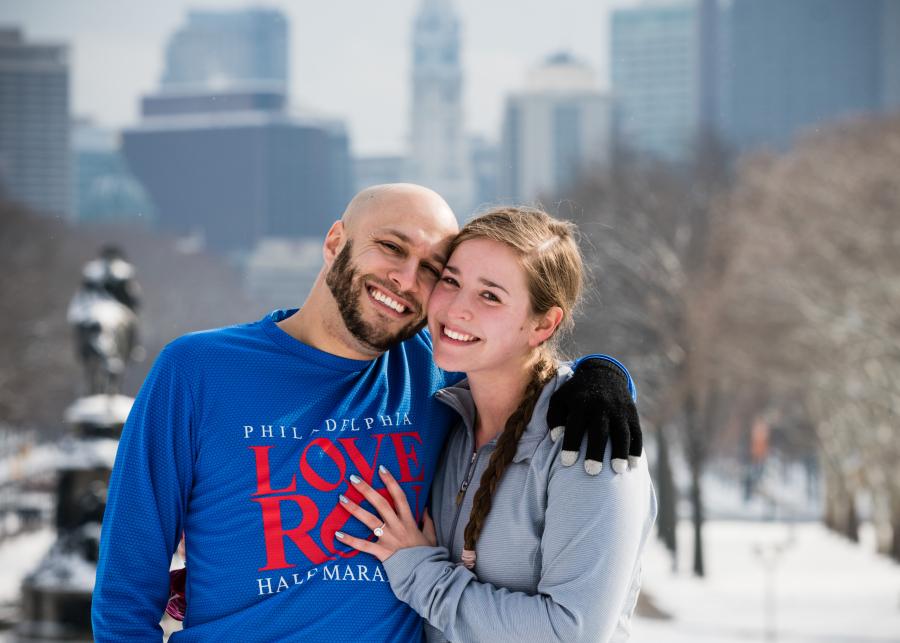 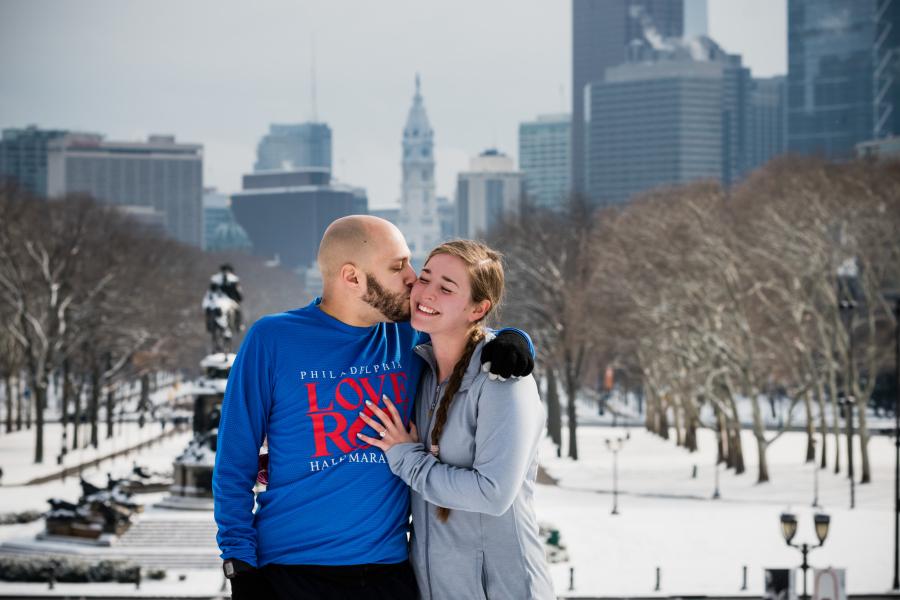