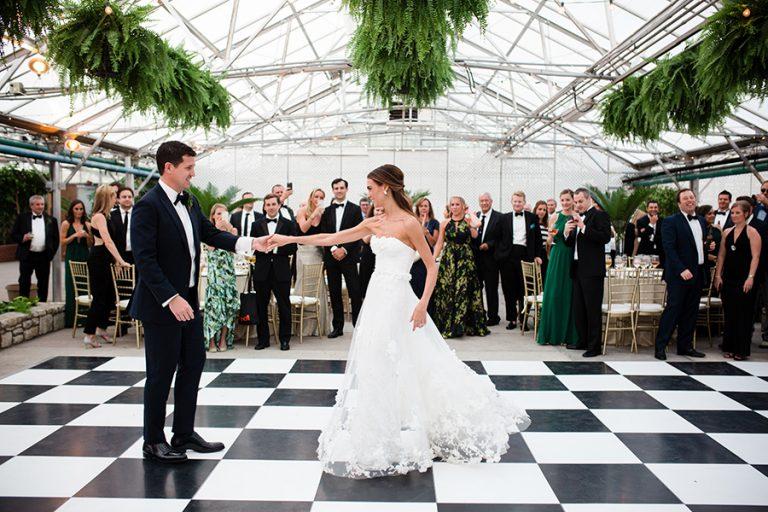 South-African Inspired Wedding at The Horticulture Center by Asya Photography

The lush greenery, black-tie, and South-African elements of this wedding all blended to perfection!  Courtney and Jason are seemingly sweet together, and their wedding was the perfect representation of who they are as a couple.  These love-birds always dreamt that their wedding day would take place at The Horticulture Center, and their wedding dreams became a reality with the help of some amazing Philadelphia wedding vendors!  Lauren James Events perfectly planned and coordinated this event, beautifully mixing the green and gold color palette into the most whimsical details.  Asya Photography was behind the camera to capture every design, and every swoon-worthy component of this wedding, and all the loveliness is below! 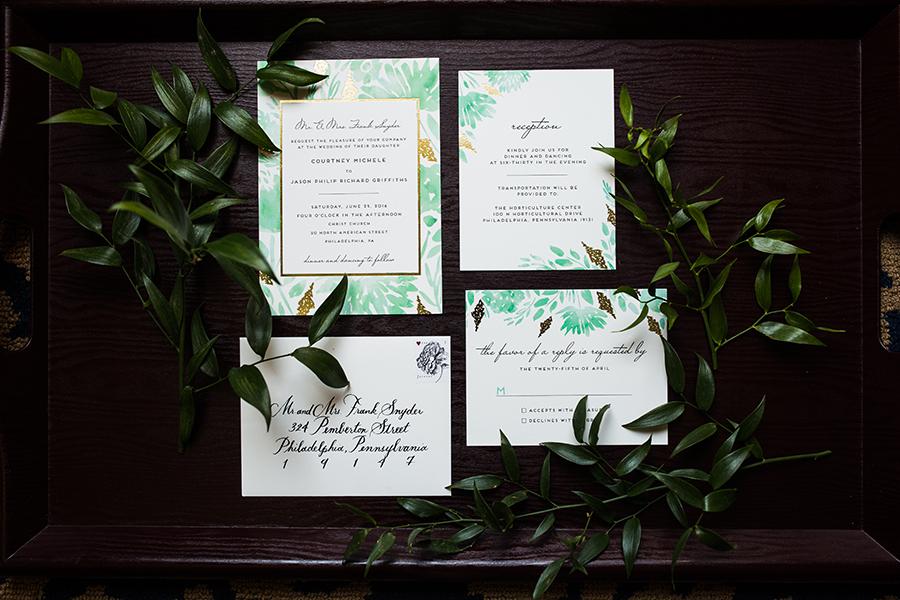 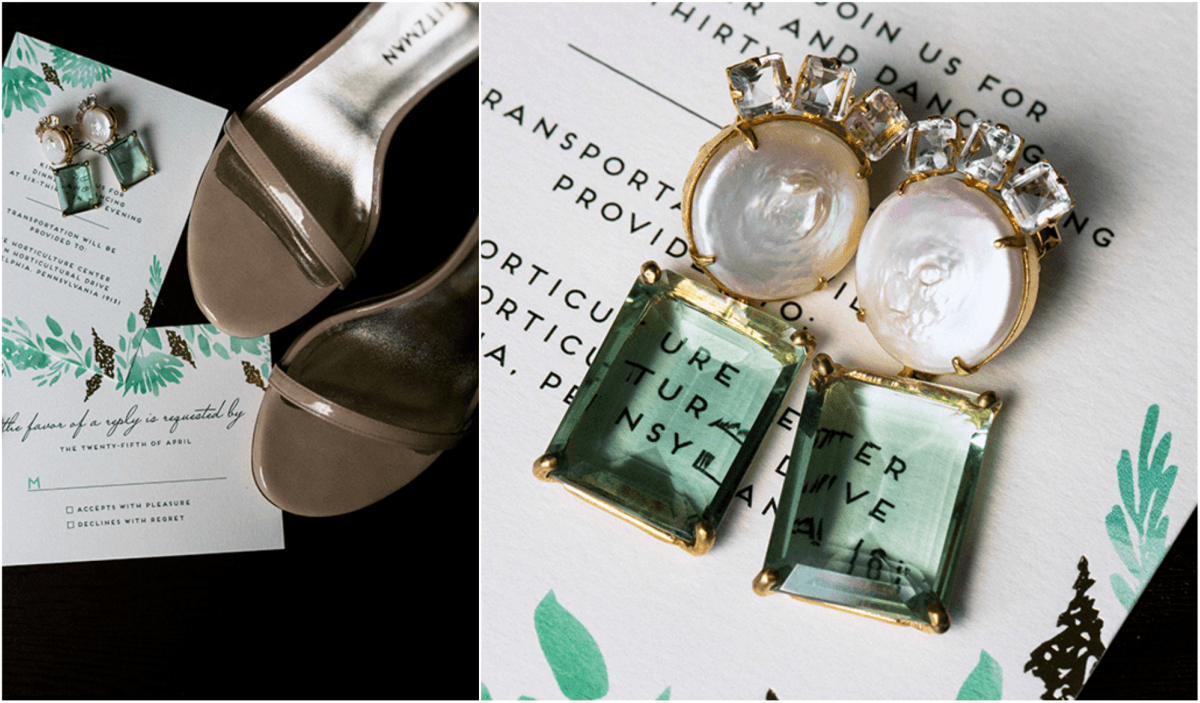 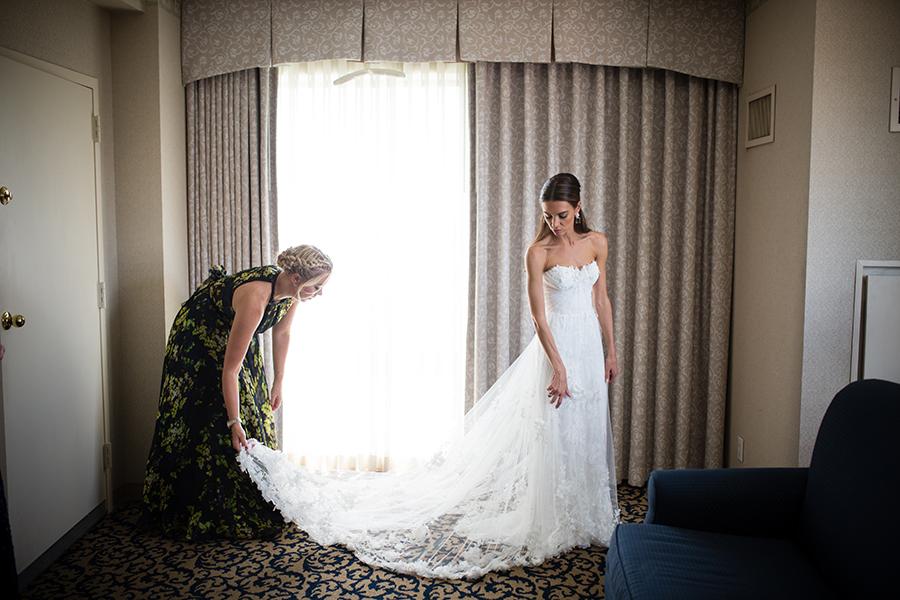 “We were introduced through our best friends from college who are now married as well, and we were in each others wedding parties at one our favorite bars in the East Village called HiFi.” 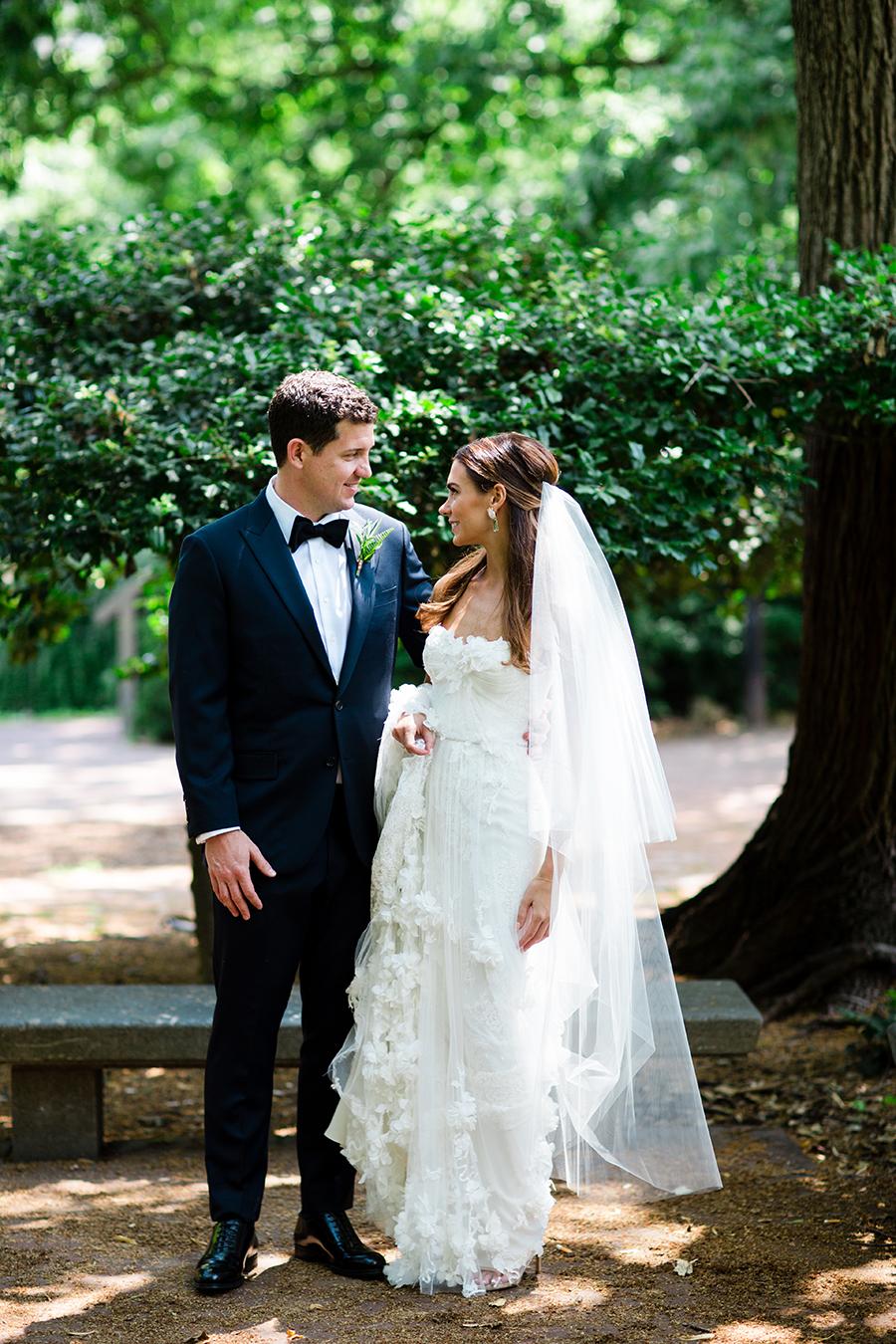 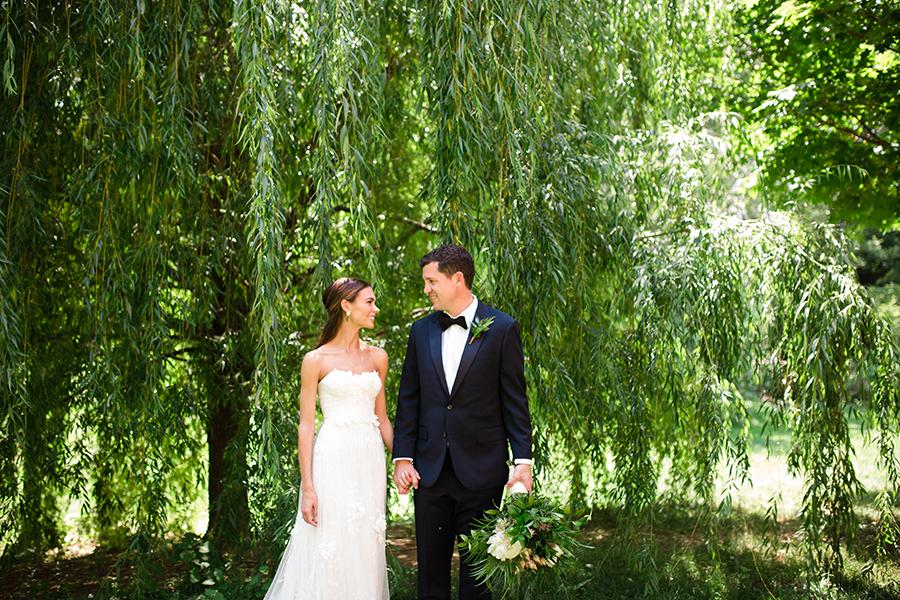 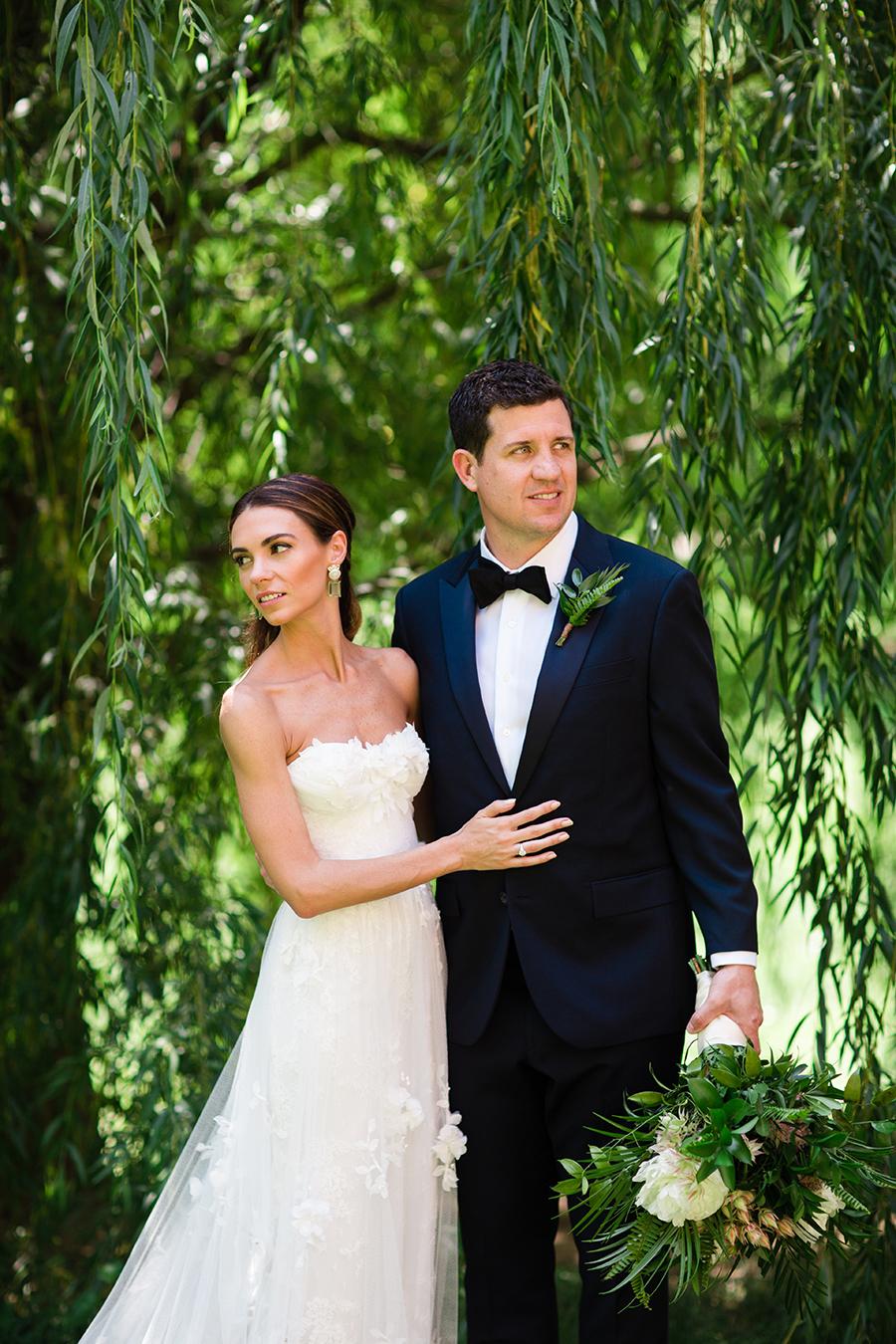 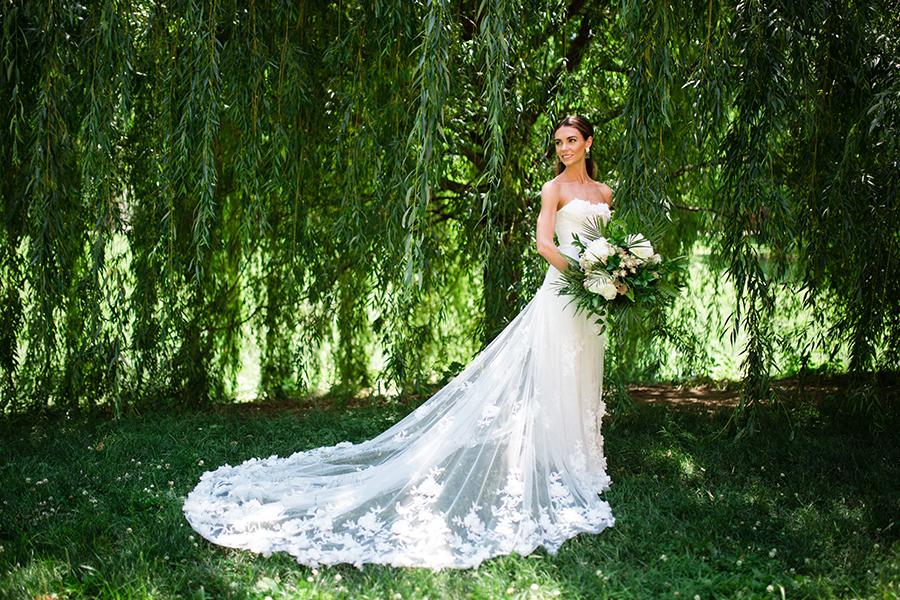 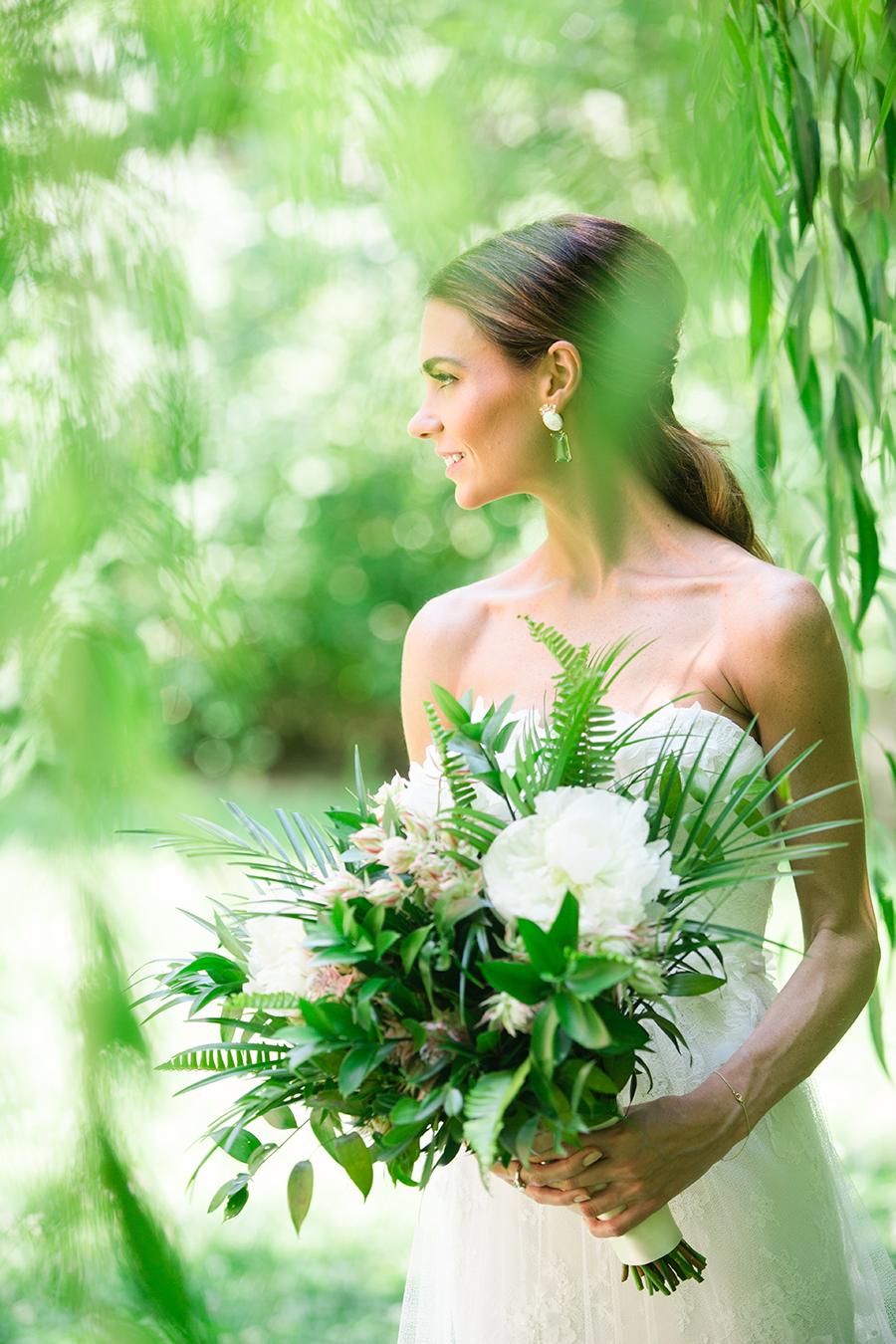 “Courtney was born and raised in Center City, Philadelphia so that set the scene. The ceremony was held at the nation’s oldest Episcopalian Church, Christ Church, in Olde City of downtown Philadelphia. Our guests were all staying nearby, and the rest of our wedding weekend events were in that part of town so it made perfect sense. In Courtney’s words, “It’s the most stunning church I’ve ever seen and I’ve never dreamed of marrying anywhere else. It completely embodies the historical importance of Philadelphia – William Penn’s daughter was married there, Benjamin Franklin is buried in the grave site. My family has been going there for years, so it was a no brainer.” 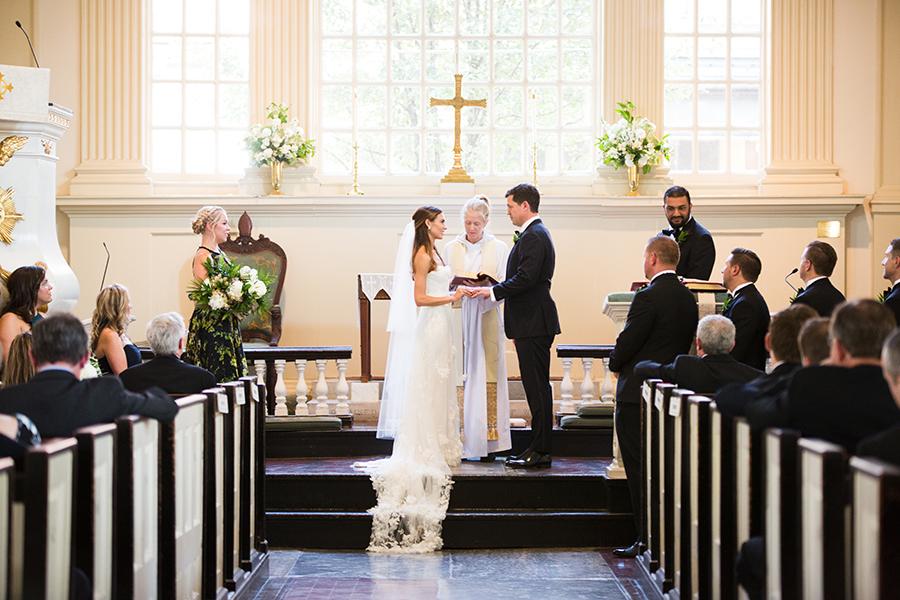 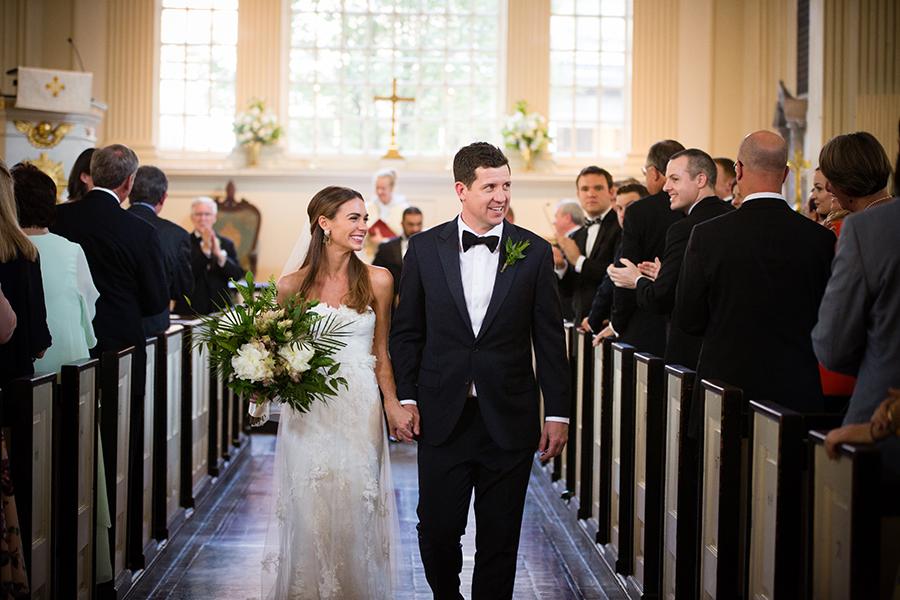 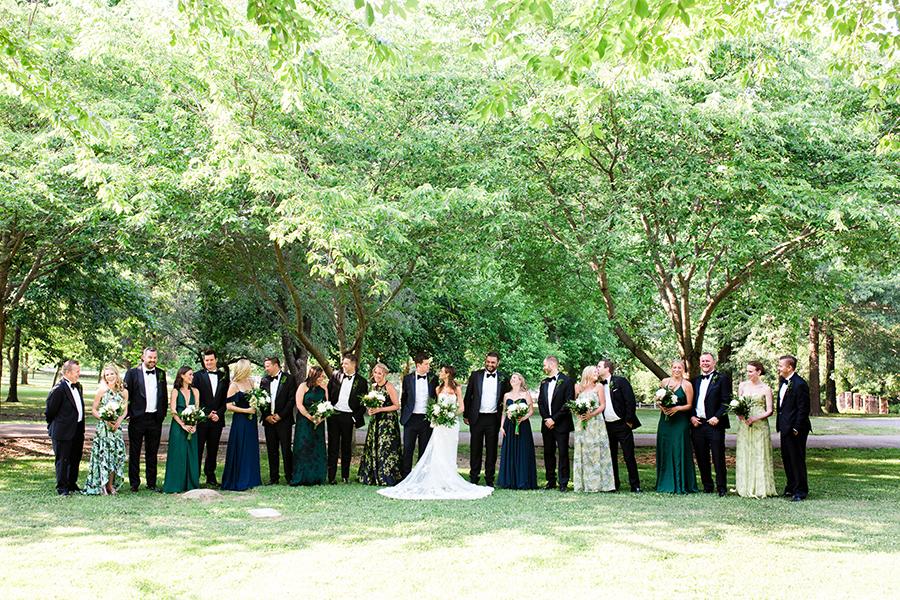 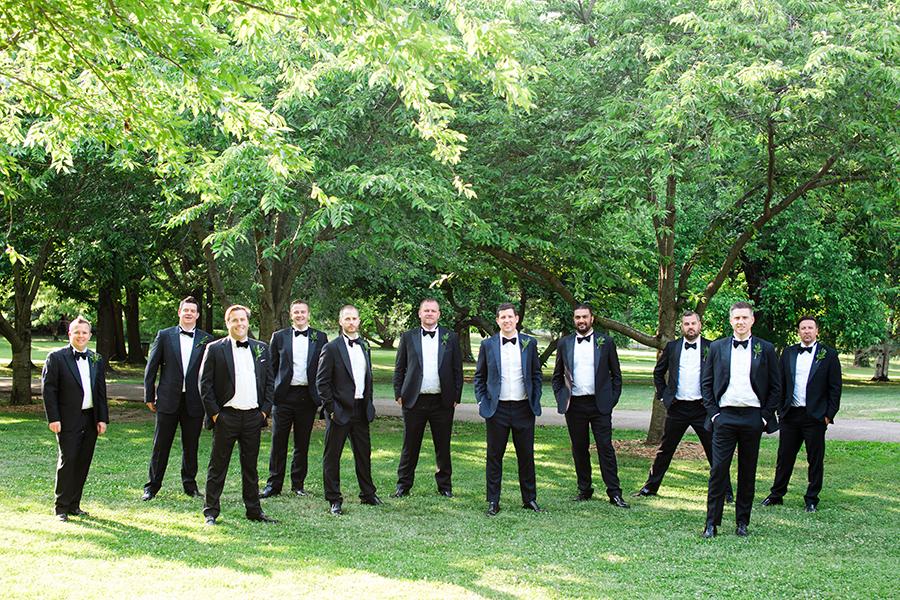 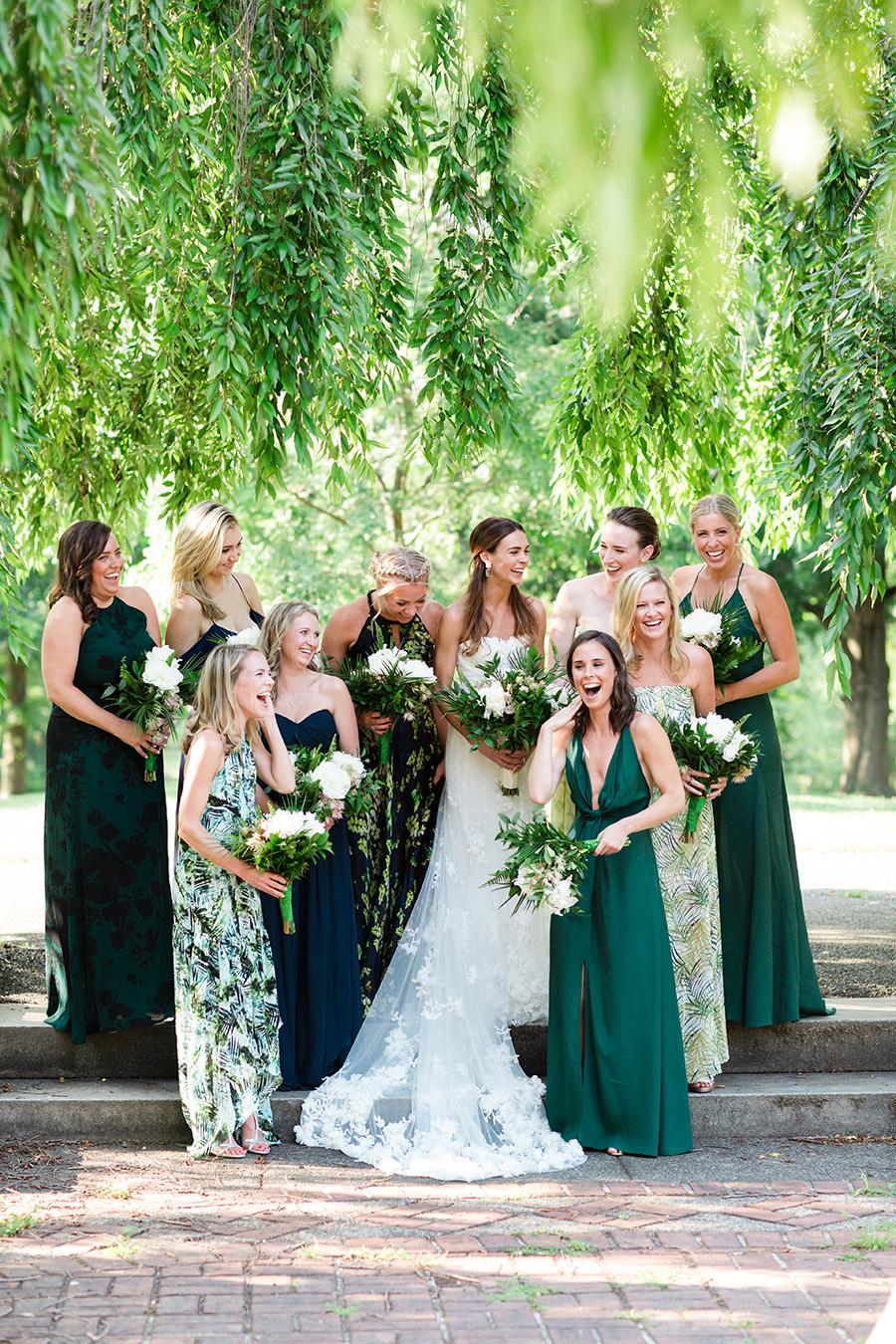 “As for the reception, Courtney’s friend Regina was searching for wedding venues for herself – years before Courtney and Jason even met – and when she sent Courtney the link to the Horticulture Center and simply said, “This place is meant for you!” Once Jay and I got engaged it was the only venue we needed to see, we locked in the first date they had available.” 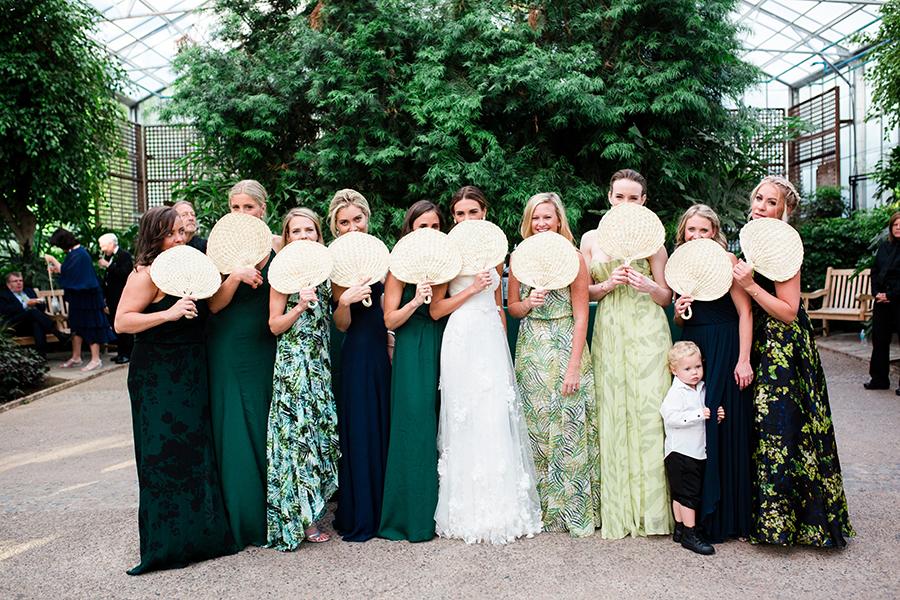 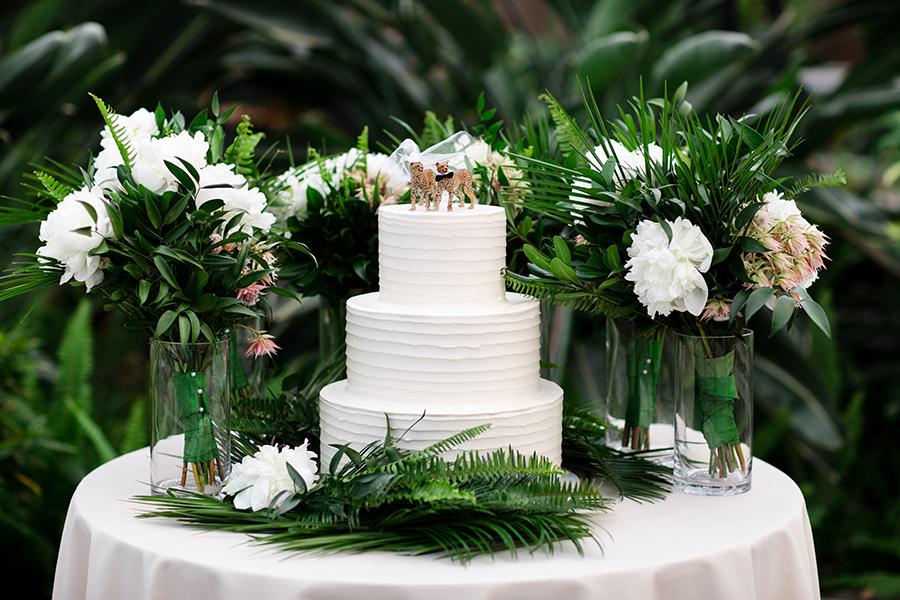 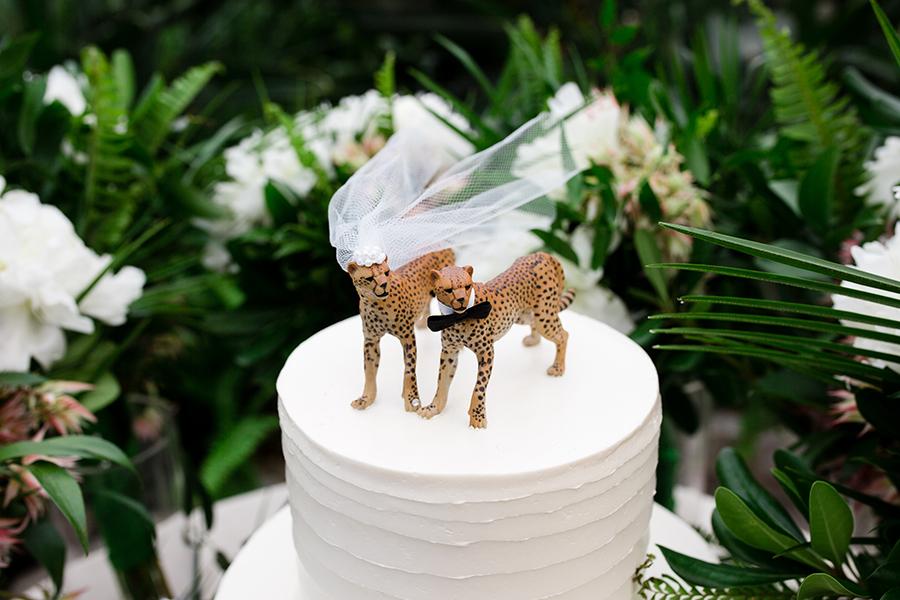 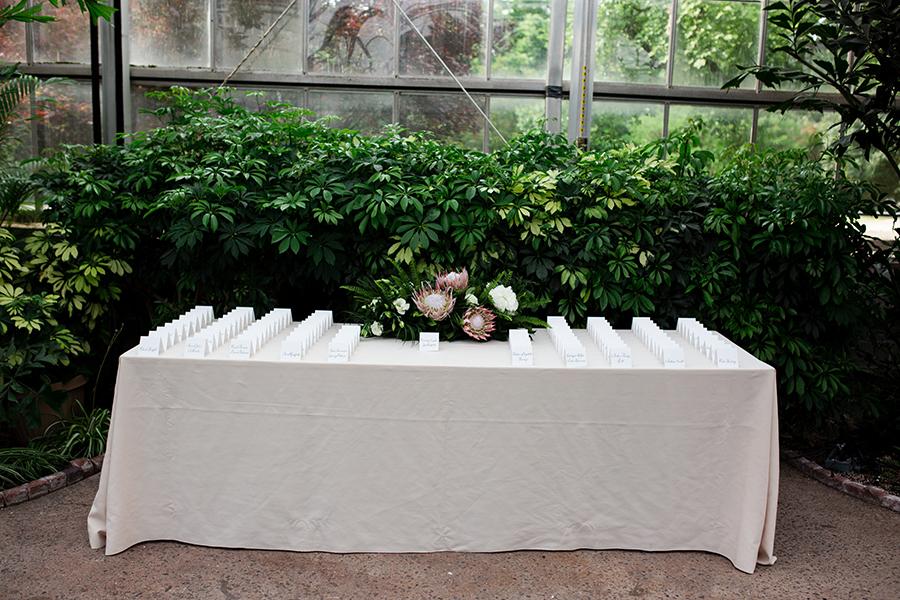 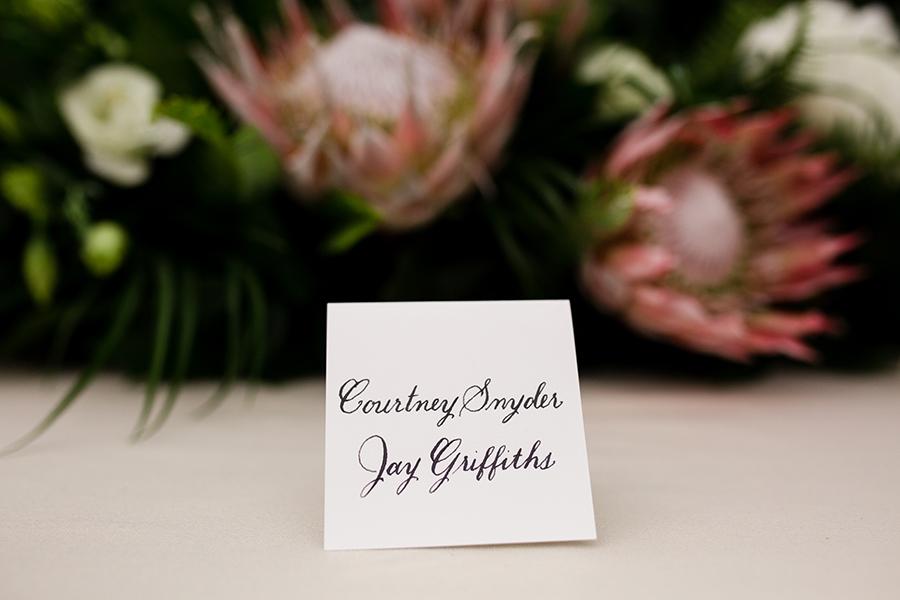 “We wanted a blend of a smart Summer black tie city wedding amidst a gorgeous backdrop of greenery to give everything a cool, lush vibe. It was important to incorporate parts of Jay’s South African heritage by adding in safari animal favors and cake toppers as well as King and Blushing Bride Proteas which are South Africa’s national flower.” 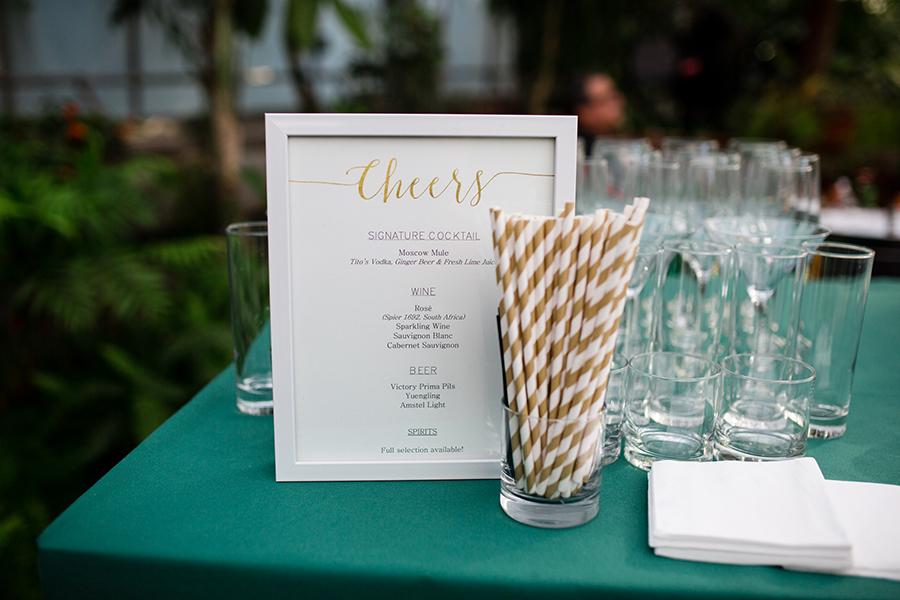 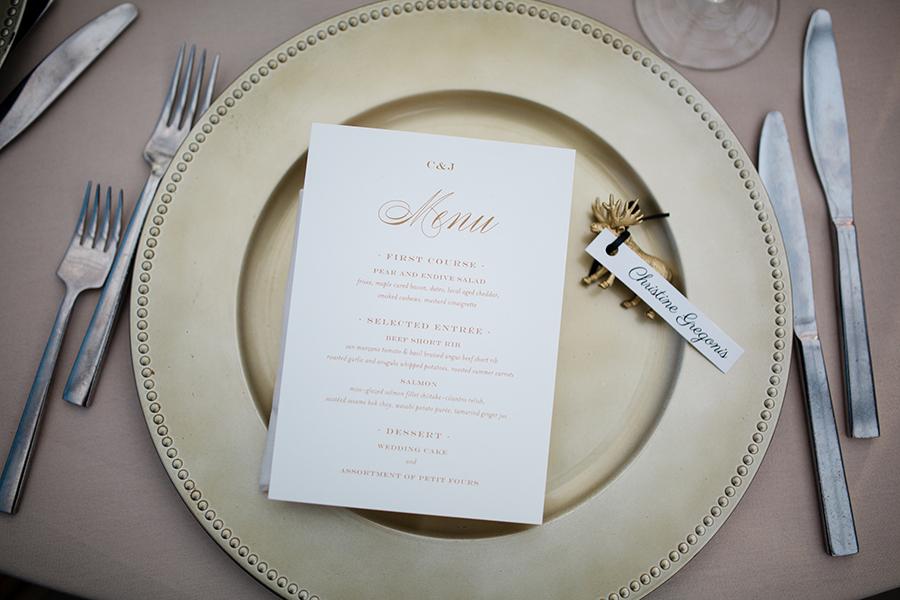 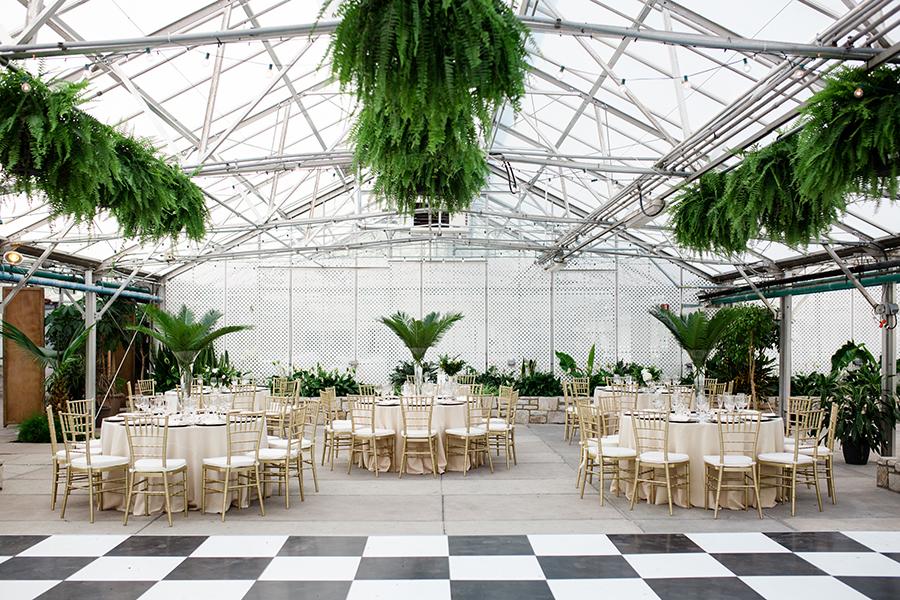 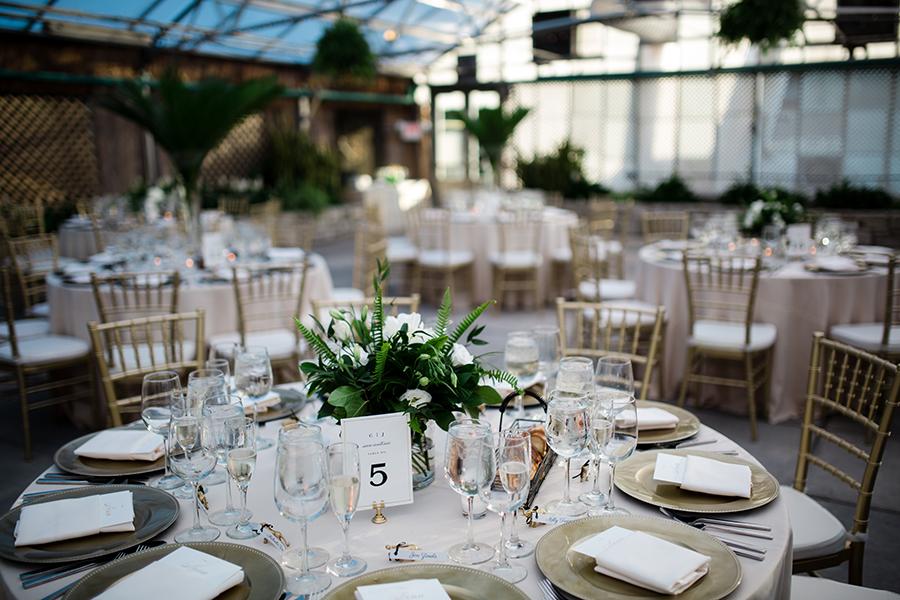 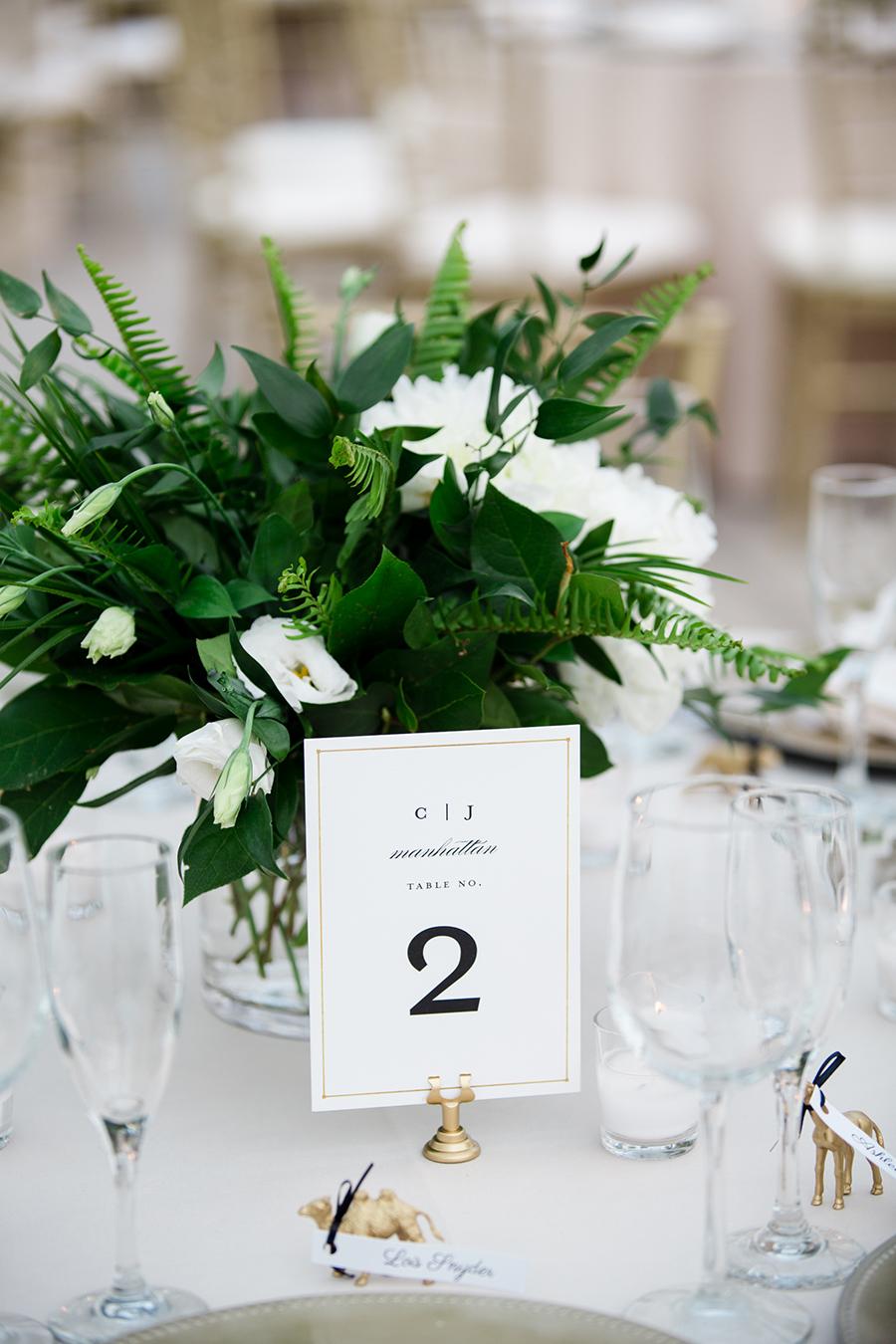 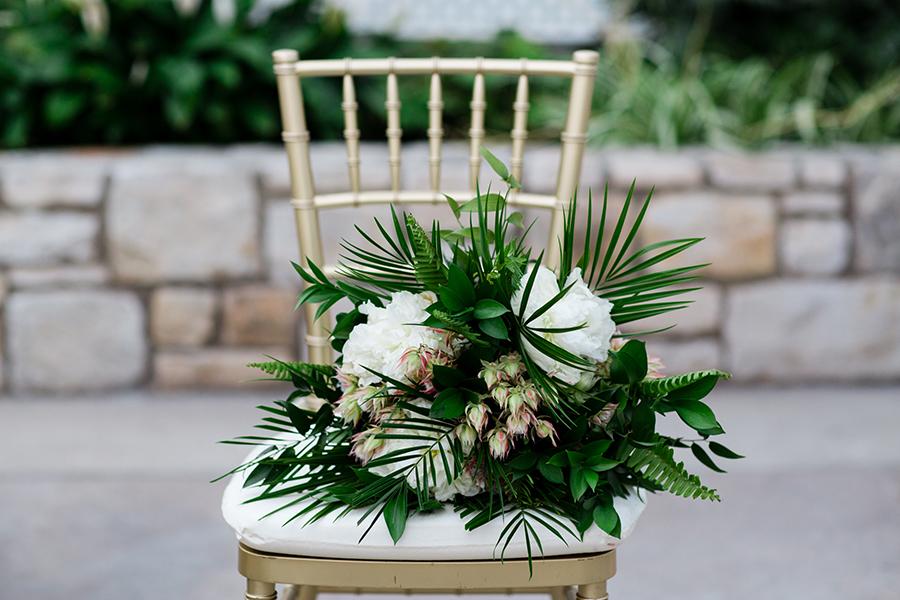 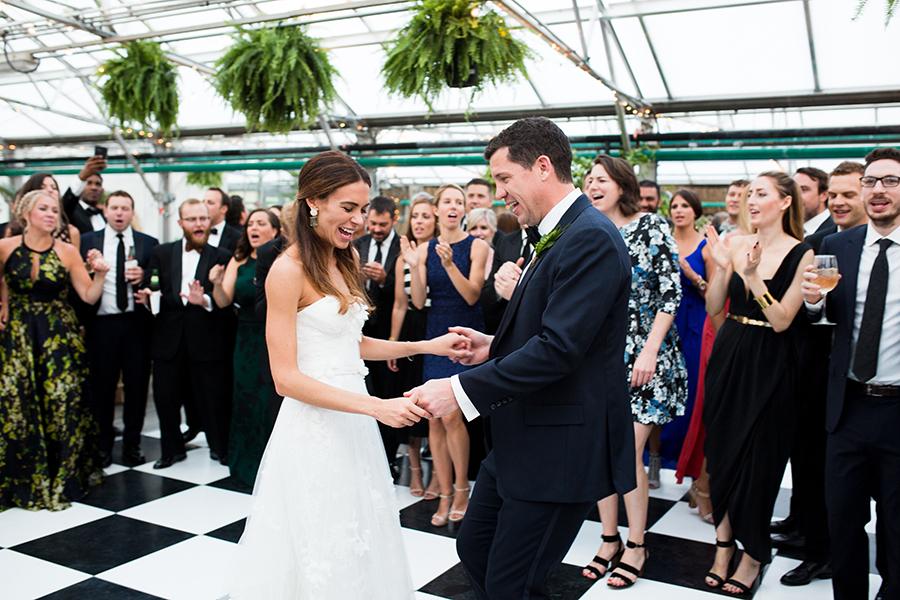 “We have a ton of rowdy friends and we worried about bringing down the horticulture’s glass house entirely! Only one glass broke all night and instead of it stopping the party on the dance floor, a groomsmen grabbed the mop from one of the waitstaff and danced across the floor with it to the music then gave her a twirl! She got right into it, nothing could stop the fun being had for even a second.”