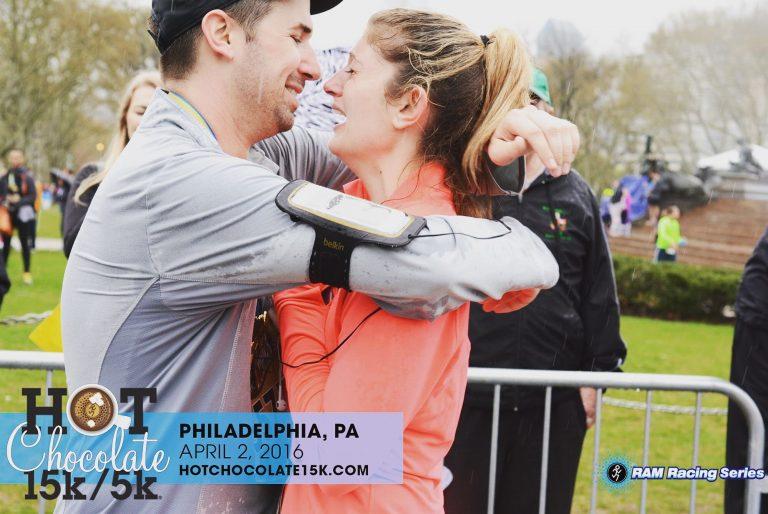 Confessions of a Philadelphia Bride | The Proposal

For her whole life, every girl dreams of one day – her wedding day. I was proud to say, that girl was not me. What did I dream about? The perfect proposal, but most importantly – THE RING! I had at least 7 private Pinterest boards with rings galore, always a solitaire round diamond and never a halo (sorry not sorry).

The story of Vicky and Z can be easily summed up by a line from the best man speech at our wedding “thank you all for attending this 5-hour seminar about Z’s 15-year crush on Vicky.” We met in 8th grade and we instantly became best friends – never dated, never kissed, never even held hands. Until 2013, after being serenaded by the lovely vocals of Justin Timberlake, I made the first move and kissed Z in the parking lot of his apartment building. The rest is history…and by history, I mean — we became Facebook official.

Piece of advice: if you’re thinking about taking a friendship to the next level, be ready for a little bit of awkwardness. We definitely hit a few bumps in the road moving towards bf/gf status. Just being honest, although I wouldn’t change anything, it’s not exactly like the movies.

The questions started almost immediately, “when are you two getting married?”; “Z, when are you proposing?”; “We’ve waited forever for this – hurry up!” Don’t get me wrong, girlfriend wanted the ring but, can we live?

Z will tell you that he knew he was going to marry me just a few months after dating me (aww swoon ❤). After our 2nd Christmas together, he started thinking about buying the ring and in the beginning of March – he got the Waxman crew to the city for an appointment. “I knew what you wanted…I mean you showed me enough pictures but I needed them there so I didn’t have a mental breakdown!” The mental breakdown still happened when the diamond Z chose was loosely set in the chosen setting and while being modeled by Mackenzie [Z’s sister and my hand model] – the diamond was accidentally thrown across the room and stuck in a leather chair! We all really like to keep Z on his toes! 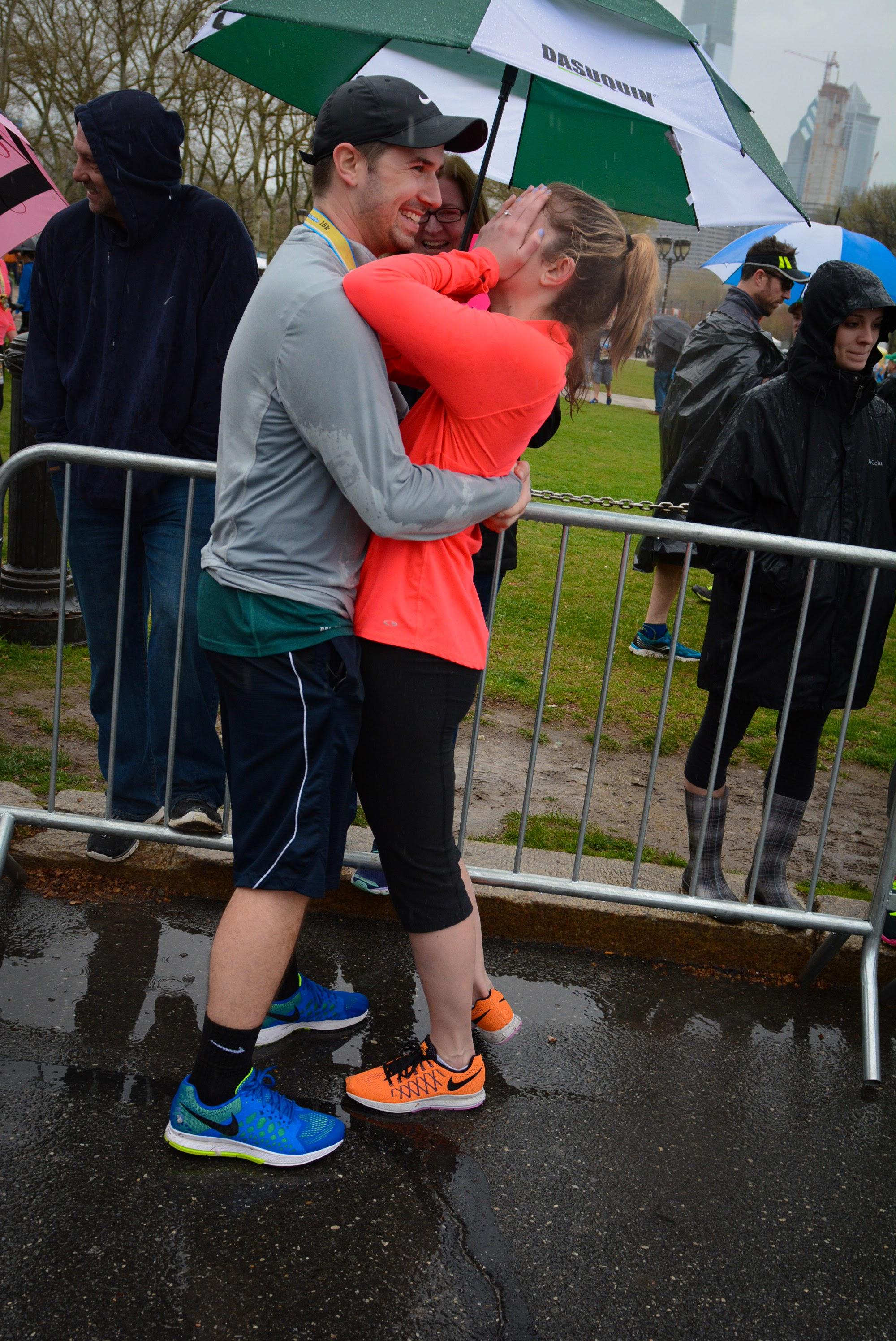 We did talk about the proposal, we wanted something simple and quiet with family close by to celebrate the happy occasion. I never anticipated it coming, I never had any idea that he was even thinking about it – he’s a great secret keeper (is that a good thing 😉 ?!) The shock, awe and surprise came on April 2, 2016 after 9.32 miserable rainy miles at the Hot Chocolate 15K. This was Z’s first long race! After months of training together, he knew this was the perfect occasion for the proposal! It was something that we worked towards and would accomplish together! After crossing the finish line holding hands, we were greeted by our cheering families waiting in the rain to see us finish (I was still not suspicious at all, as this has happened before and it was a big deal for Z to be doing this race – I started tearing up just because I was happy to see the show of support for him). I begin giving hugs to everyone and unbeknownst to me, Z was unzipping the small pocket on his shirt and removing THE RING. I turn to him and he grabs my arms and says, “Well..since everyone is here..” and drops to his knee. And guys, you know those cute adorable pictures of the girl bending down to kiss her fiancé? Well, that wasn’t me – I ran away. Legit..I ran away from him!! WHY DID THIS MAN WANT TO MARRY ME? I ran away from him. Well, until I saw that sparkler in his hand, then I threw my things at my mom, pushed that bad boy on my finger and gave him the biggest hug and kiss. I think I said yes at some point?

From there — wedding planning hit me like a 200 page 3-ring binder – no seriously, my mother in law threw a 3-ring binder at me during our celebratory brunch about 30 minutes after I put the big sparkly solitaire round diamond ring on my finger.  I was not ready for this – there was literally a whole chapter on wedding stationery. I just wanted a diamond ring, what did I get myself into? 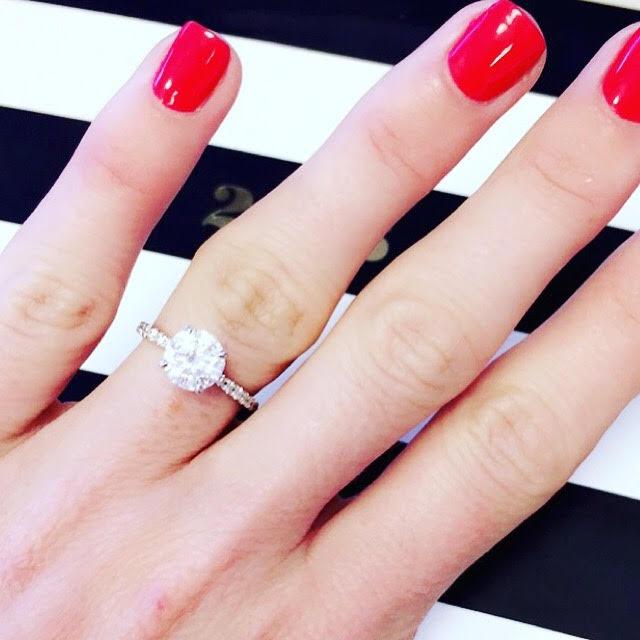 Stay tuned for more articles from the Confessions of a Philadelphia Bride series, written by Victoria Waxman.