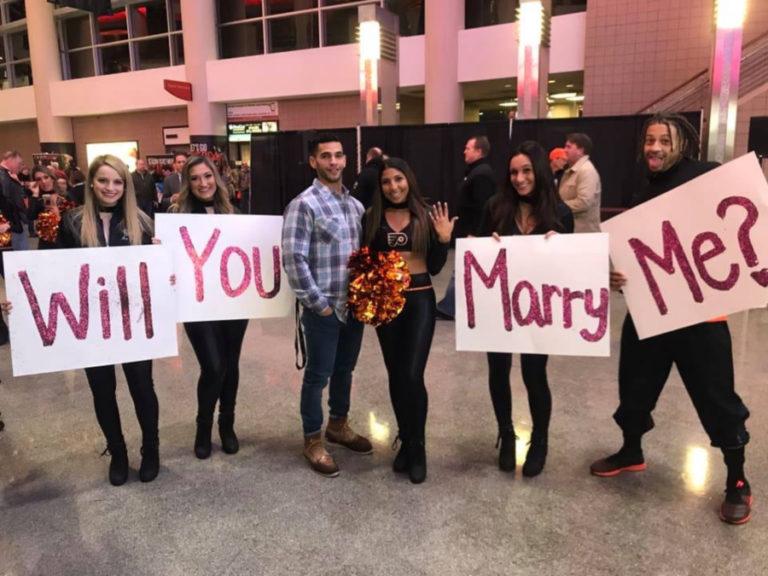 In the midst of the recent snowstorm, this unsuspecting Flyers Ice Girl received a marriage proposal from her then-boyfriend Kellen Matthews.  As Cassie Foley performed a pregame dance with her teammates, Kellen planned a surprise she would never forget!  During their dance, the music switched to Bruno Mars ever-popular “Marry You,” and Kellen walked out with the other teammates who held signs reading “Will You Marry Me?” Of course, she said yes, and her reaction was timeless.  We are totally smitten with this Philadelphia proposal, so keep scrolling to see how it all unfolded in the video below! 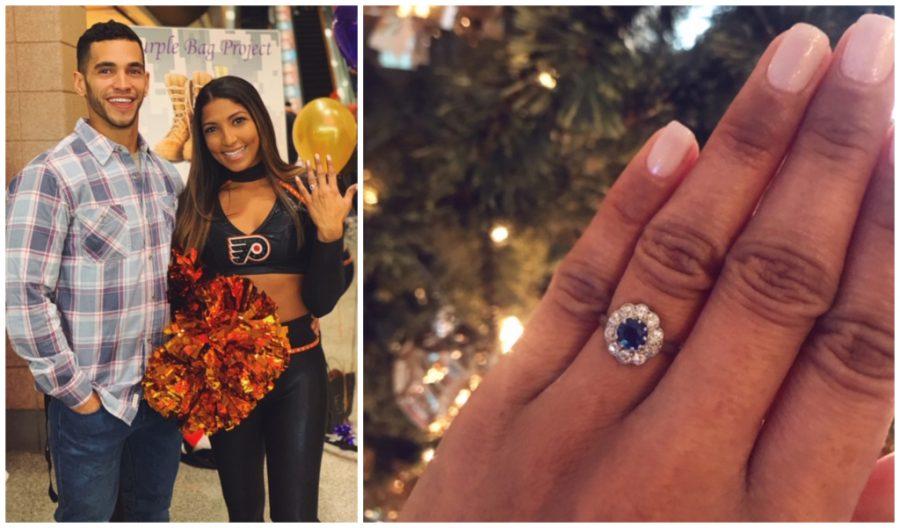 “It was the last day of the snow storm; I was panicking because I had a Flyers game to be at (I am a Flyers Ice Girl). Once I made it safely to the stadium I was just worried about everything I needed to do this game.

We put on a ‘pregame’ show dance that we rehearsed, but when we danced my teammates crouched down and popped up doing a different dance! I didn’t even realize the music changed to ‘Marry You’ by Bruno Mars. My teammates are doing one of our other routines, and I’m thinking ‘OMG I must not have paid attention and known we were doing this dance! I HAVE to pick this up or else my coach will be upset. Keep dancing!’ Lol.

Then my best friend pulled me up & I was so confused, and then it all came together and my boyfriend (now fiancé) Kellen was down on his knee! My other teammates in the back had posters reading ‘Will You Marry Me?’ and all of our friends and family popped up and were there! I was just so shocked because I was so worried about the snowstorm to just make it to my game safely, the last thing I thought of was this is the night I think I’ll get engaged!”

AHHH!!! I SAID YES!!!!! 💍💕🧡 I can’t believe you pulled off surprising me & that I get to spend the rest of my life with you @kellenmatthews_!