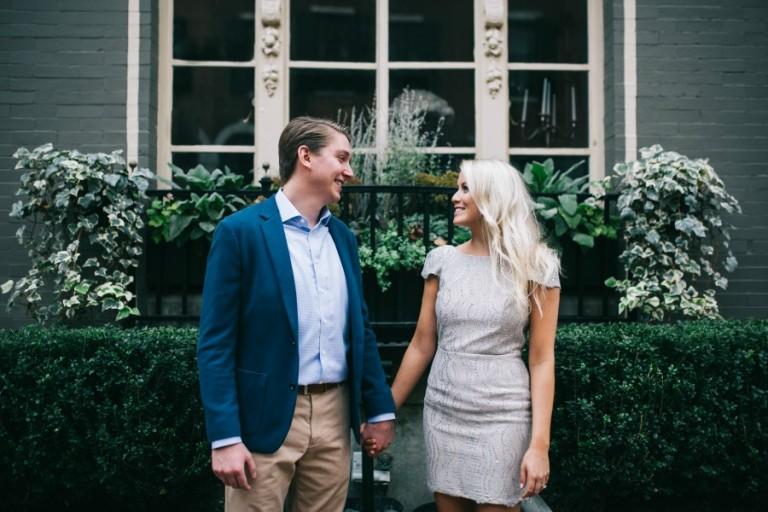 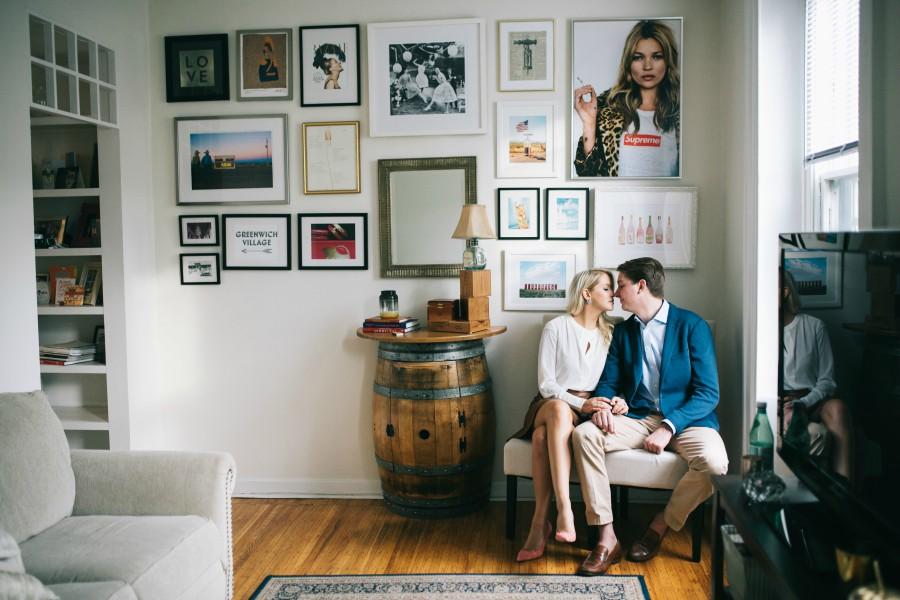 Jessica and Tim are the kind of couple who we all adore!  Brittney Raine captured every detail, beloved glance, and the pure essence of the Rittenhouse neighborhood all in these beautiful engagement photos.  This engagement session takes you on a walk throughout the Pine St. neighborhood where Jessica and Time reside, Rittenhouse Park, and Parc restaurant.  Jessica’s very stylish attire paired with Tim’s dapper looks will give you all of the stylish romantic feels for the day!

About the Couple: “Jessica is an Account Director for a Brooklyn-based digital agency and Tim is an Assistant Controller for a distribution company in Malvern, PA and enrolled in the Executive MBA at Villanova University. They currently live on Pine Street in the Rittenhouse neighborhood.” 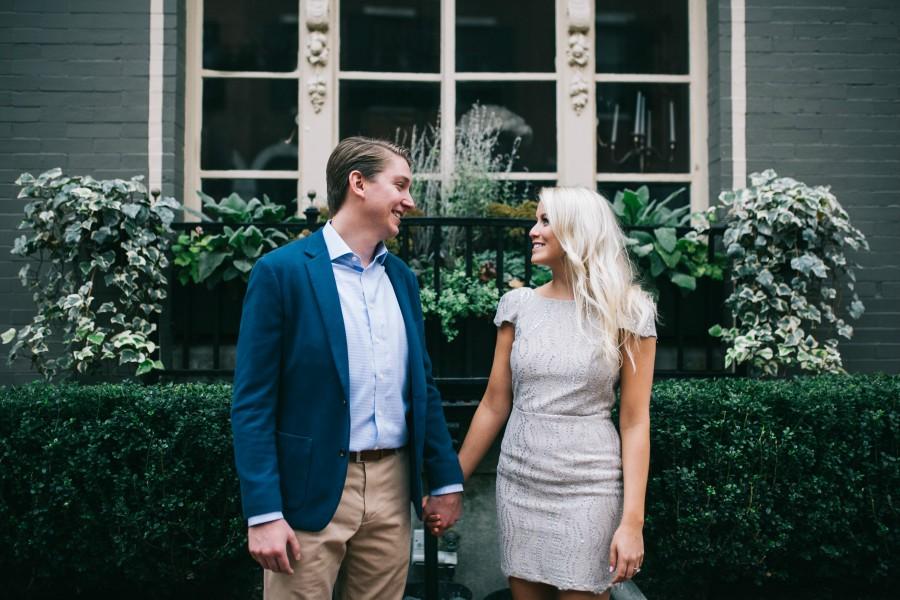 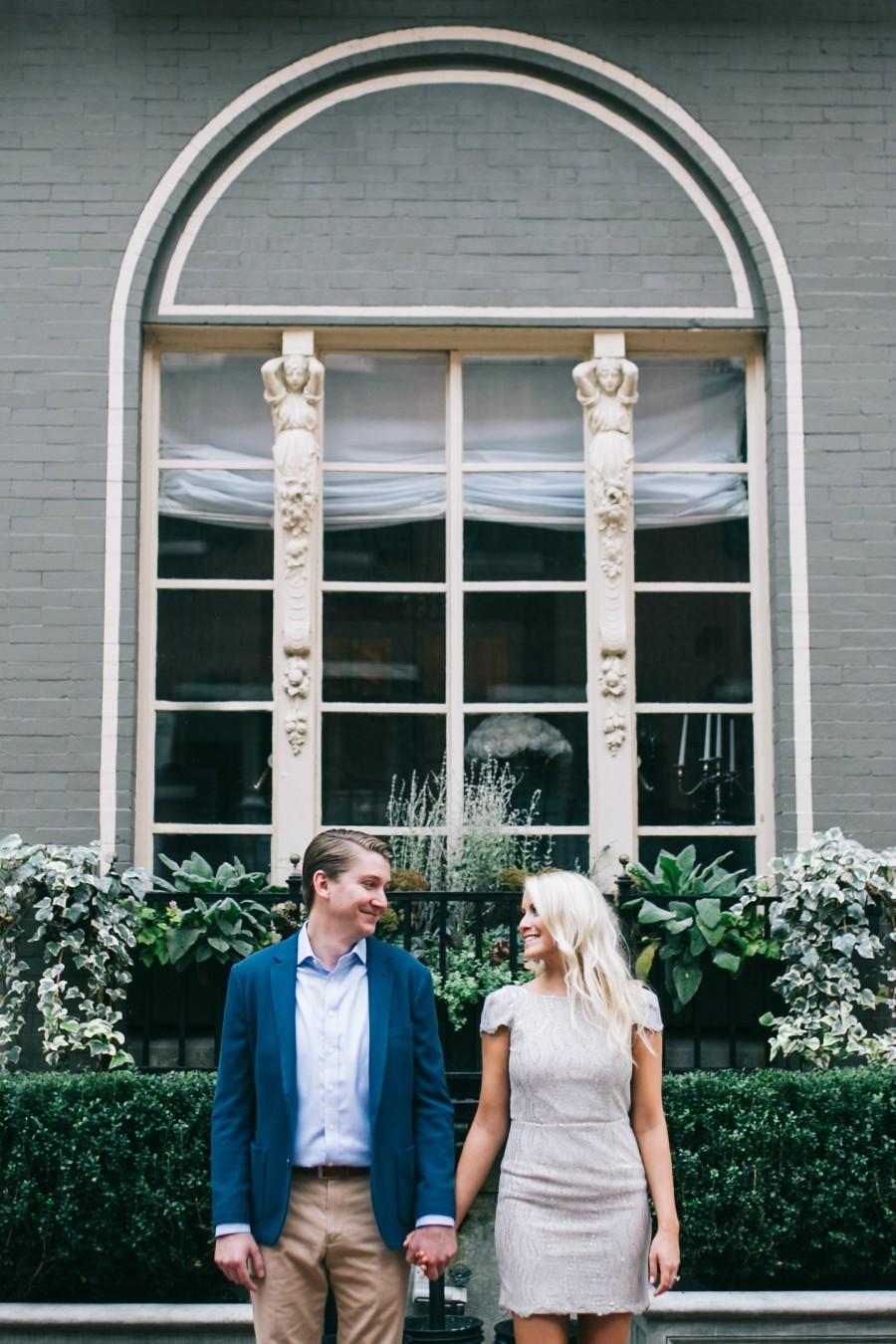 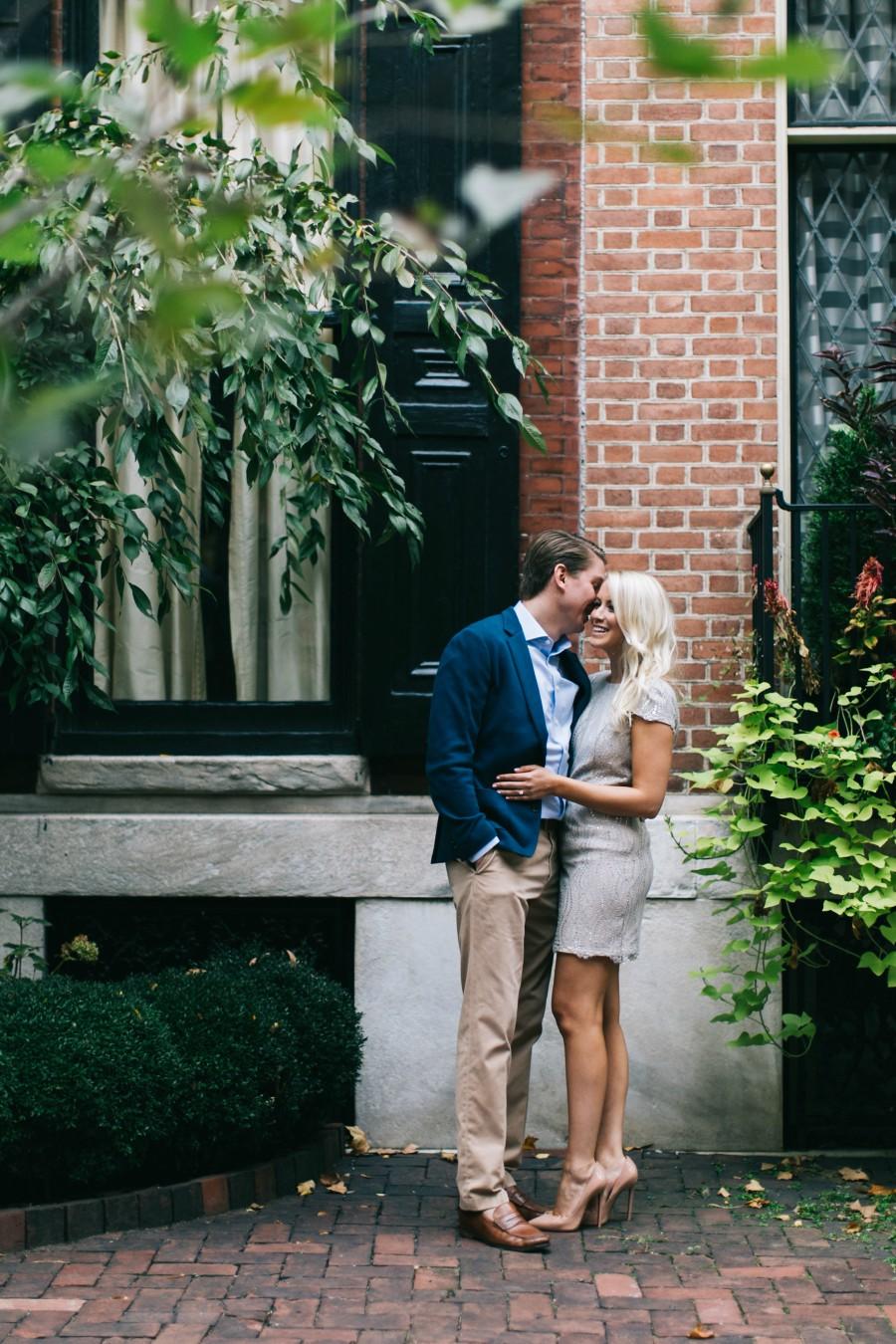 “Jess and Tim are Philadelphia natives, though didn’t meet until they attended Loyola College in Maryland where they were friends and graduated in 2008. In 2012, they reconnected while living in New York City.  The week of Hurricane Sandy which virtually shut NYC down really brought them together, as Jess was without power for two weeks in her apartment in Greenwich Village and Tim had to evacuate his building in Murray Hill, as the East River poured into his lobby. During that time, Jess & Tim sought shelter with their friends in NYC together and ended the week at Tim’s Uncle’s wedding back in Philadelphia. Jess & Tim finally realized they might have liked each other as more than friends that night, and had their first official date the following weekend.” 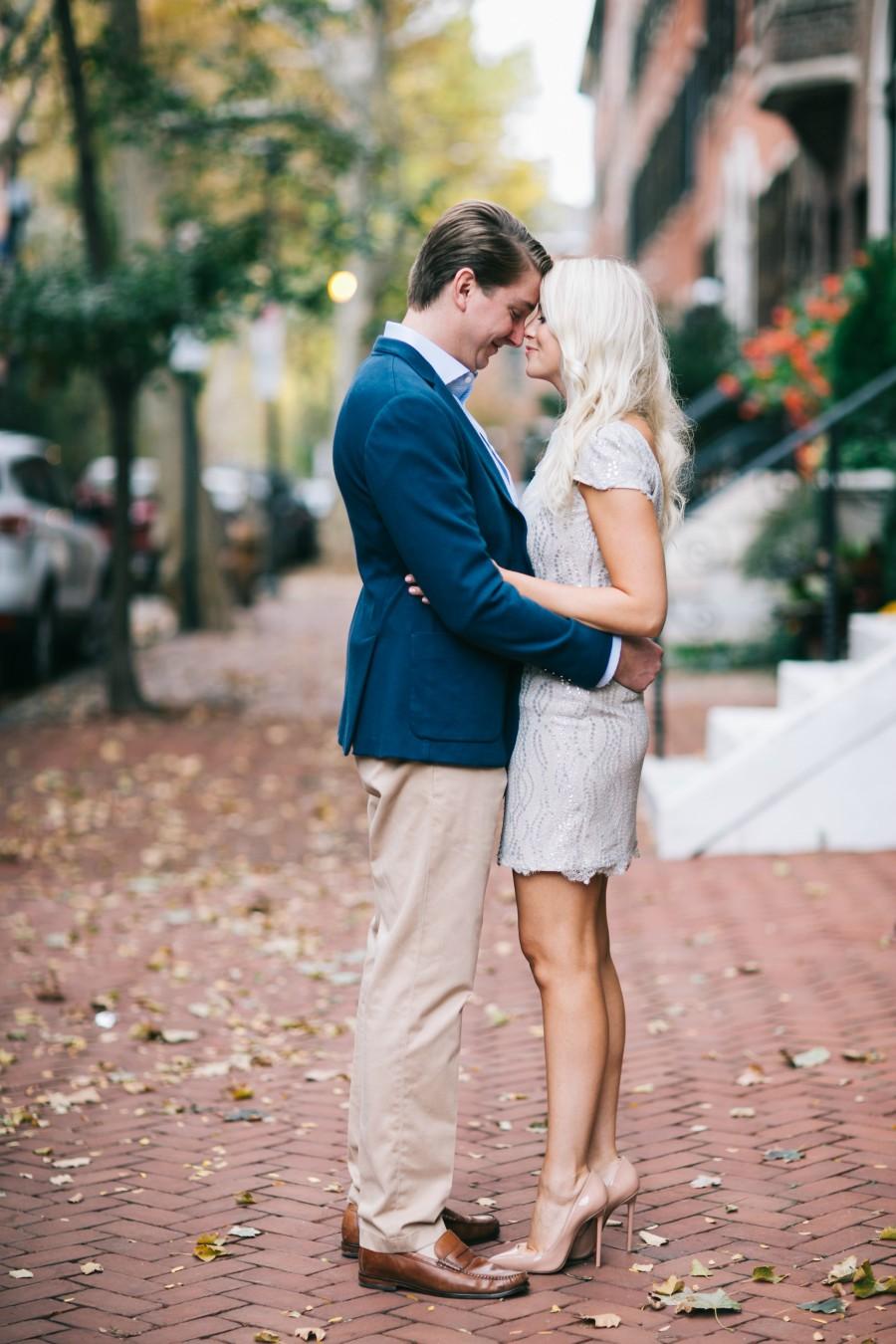 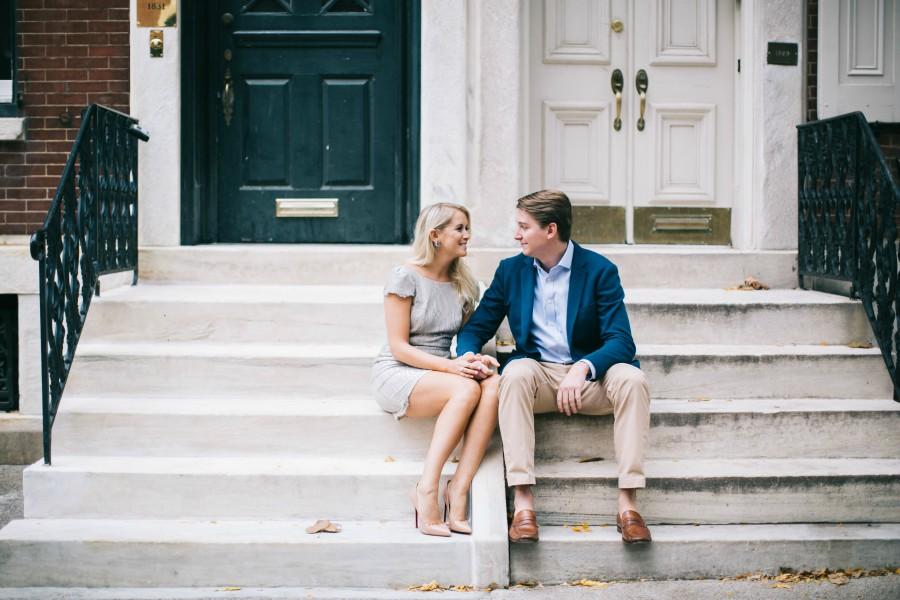 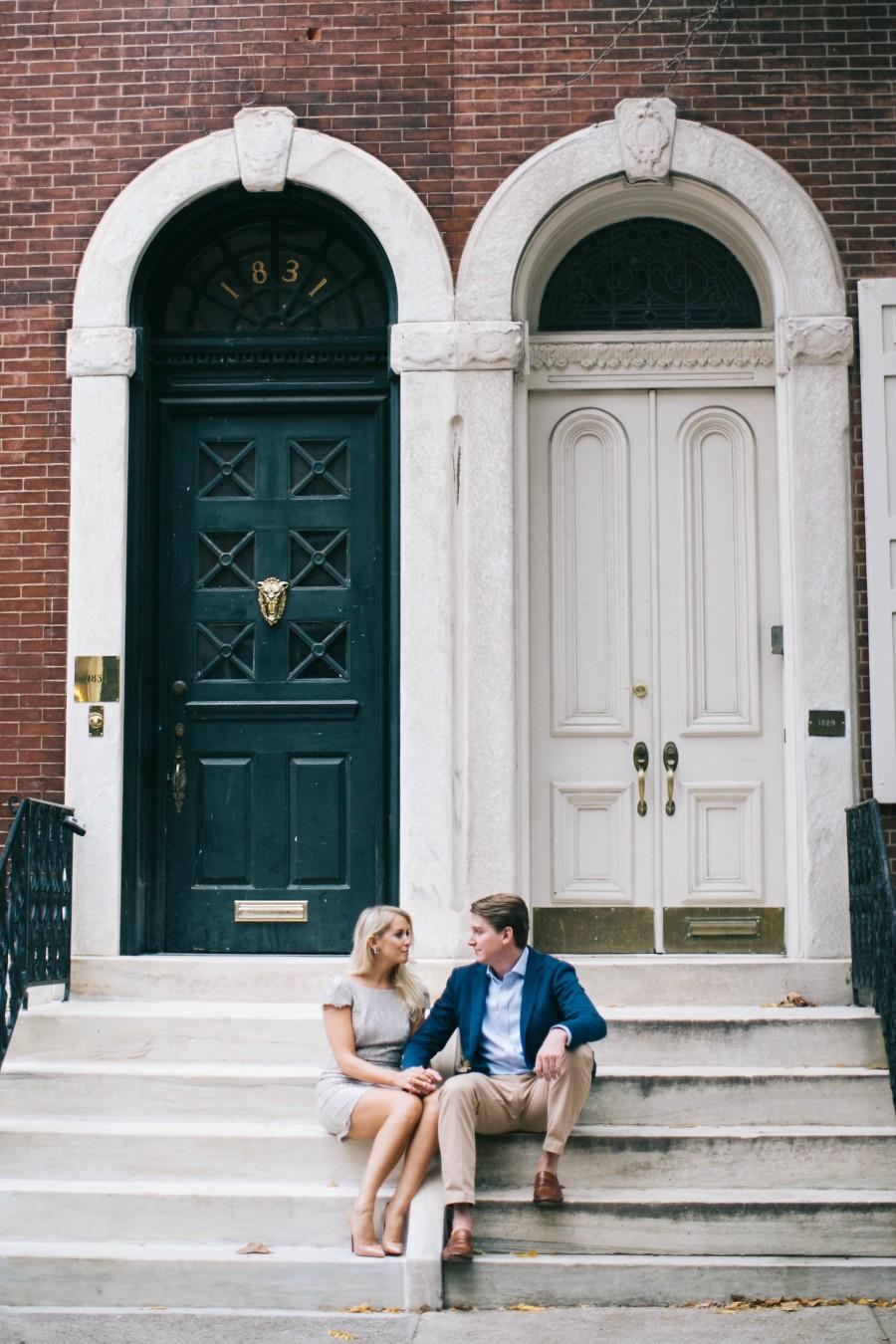 “Unfortunately Tim had already committed to moving back to Philly months prior to work for his family’s business in Malvern, PA and Jess was concerned this relationship couldn’t work as her advertising career was firmly rooted in NYC, but Tim confidently assured her that it would. After a year and a half of long distance dating between NYC and Philly, Jess was serendipitously offered a job opportunity that would allow her to maintain a career at a New York ad agency while living in Philadelphia. Best of both worlds! “ 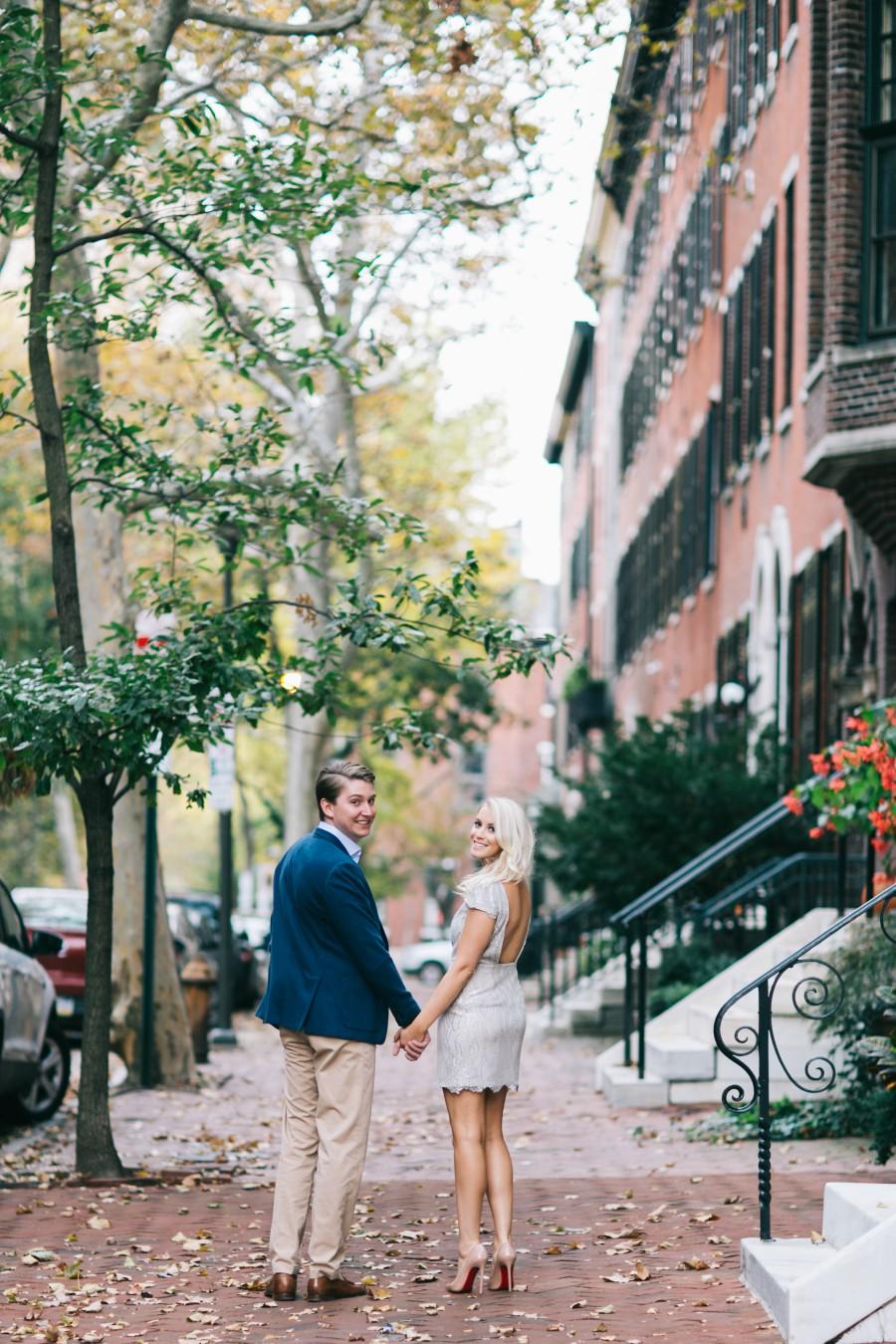 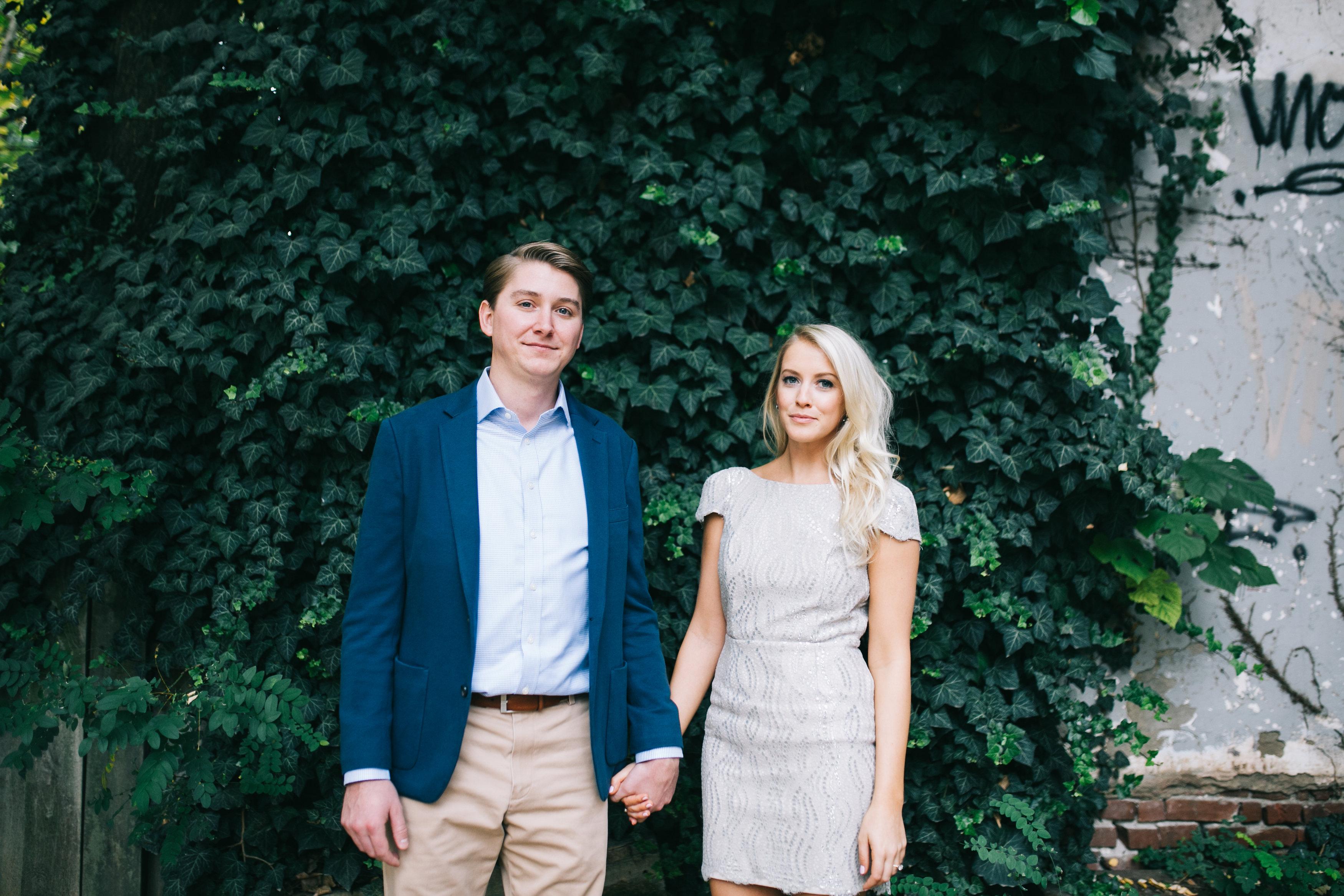 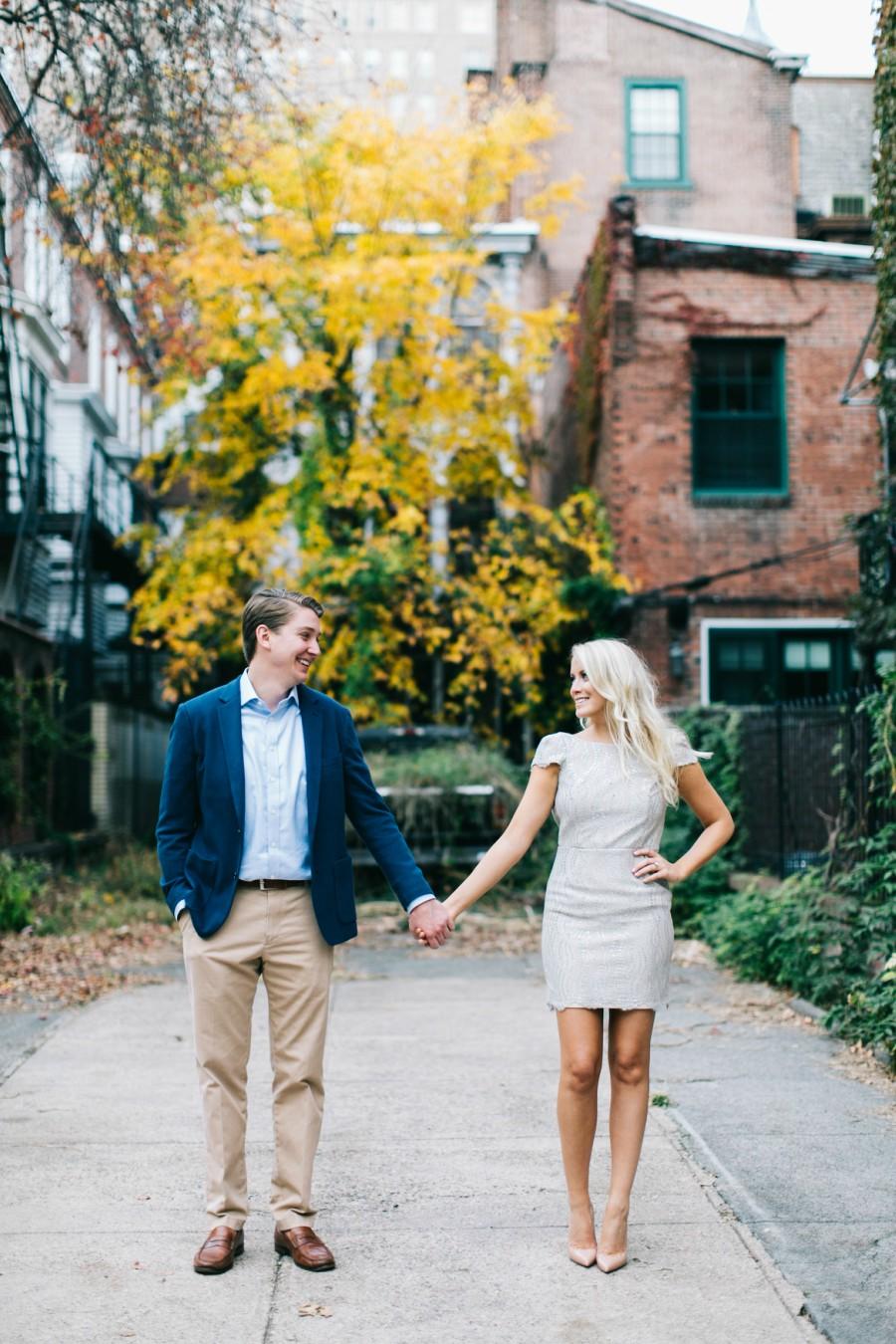 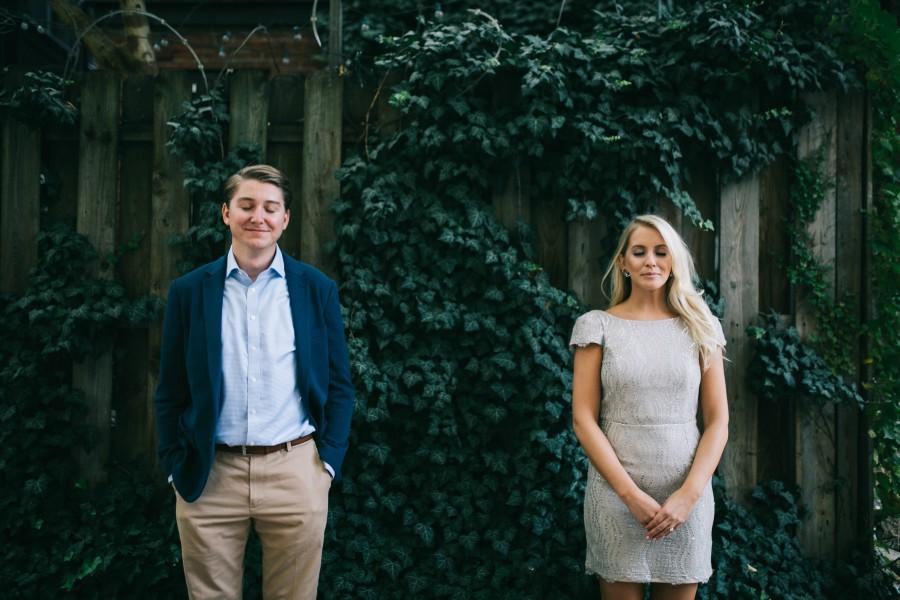 “Jess and Tim moved into their apartment on Pine Street in Philadelphia in the summer of 2014, and Tim proposed in that apartment on September 10, 2015.  Tim was dancing to “Ho Hey” by the Lumineers, their song, when Jess walked into the apartment and had flowers, candles, caviar, truffle cheese and a vintage bottle of Veuve Clicqout (all of Jess’ favorite things) ready to pop when Jess walked in.  His plans to propose in Rittenhouse Square were foiled by torrential rain that day, so he had to improvise, as he’d already booked a special dinner at Parc with 14 of their immediate family members, complete with a personalized menu of Jess & Tim’s favorite things. “ 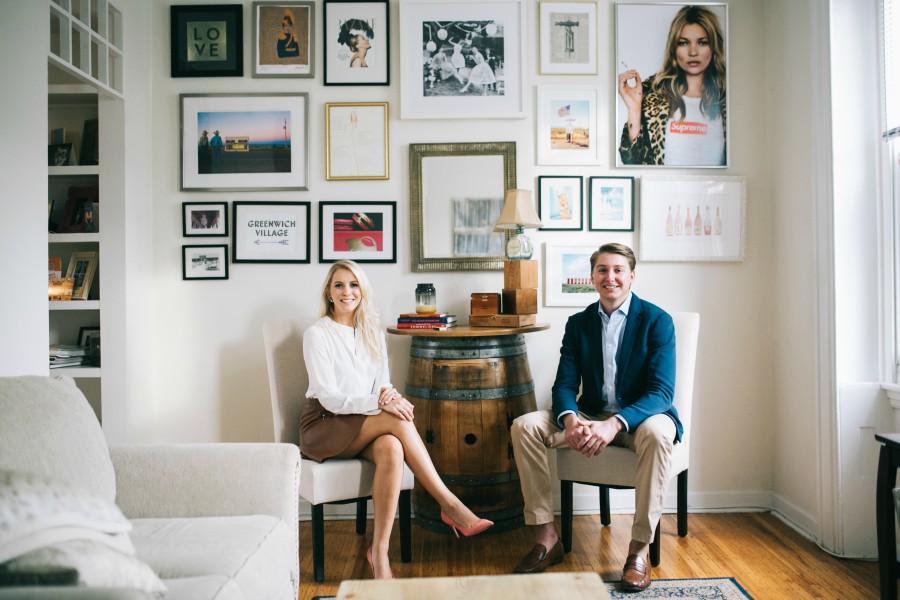 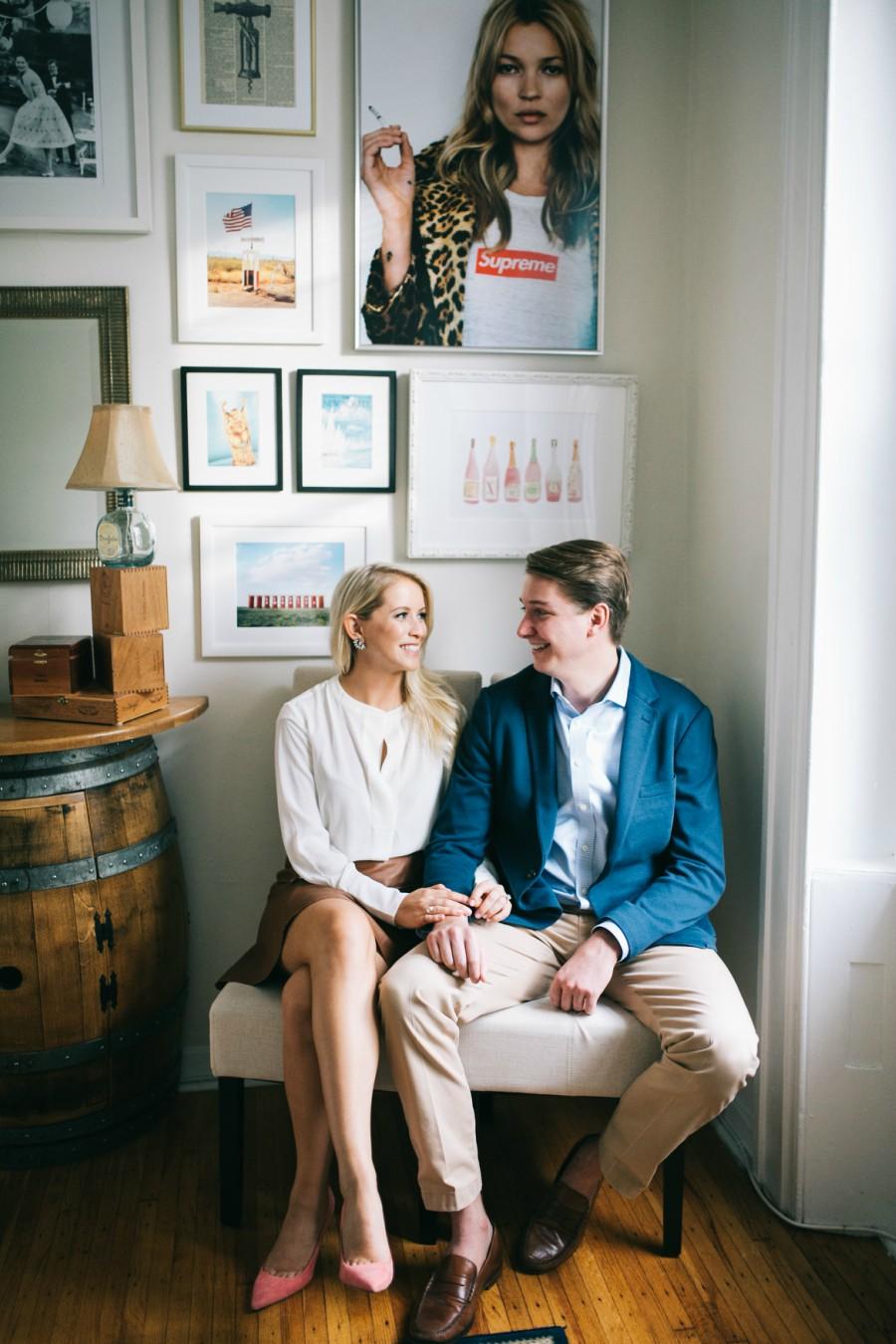 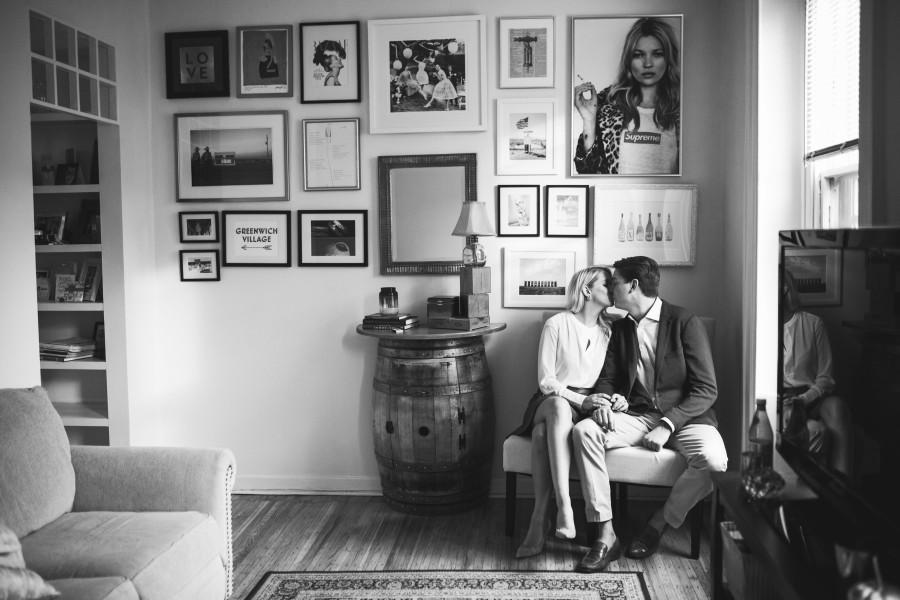 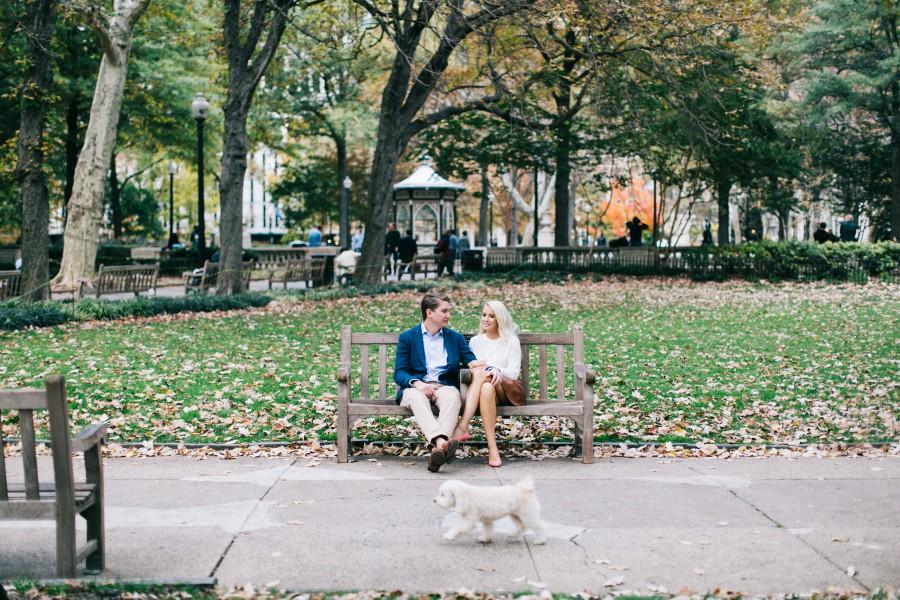 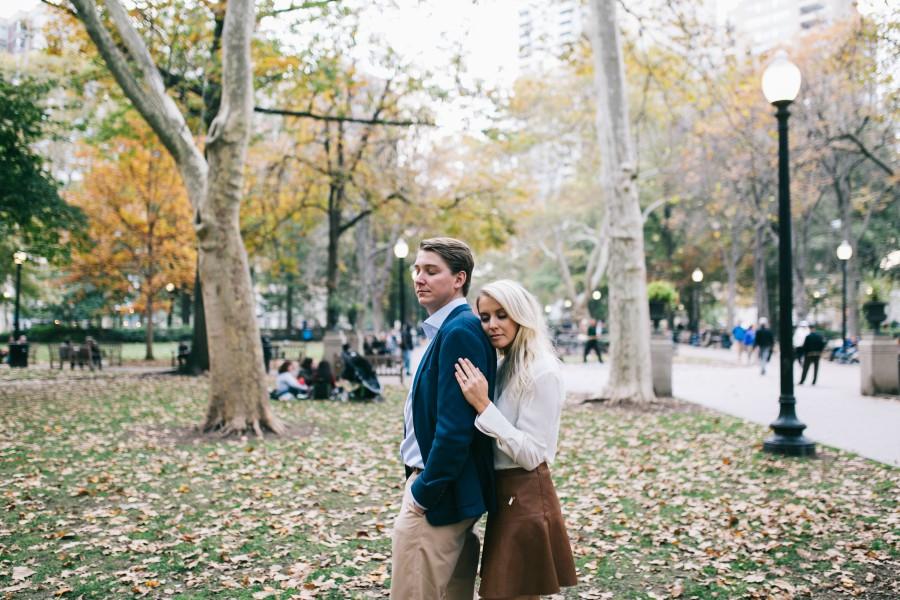 “Parc has been a staple in Jess and Tim’s relationship since the onset. Jess & Tim celebrated their first Philadelphia Valentine’s Day at Parc while long distance, and celebrated the signing of their first lease together there as well.  It’s their go-to place for most occasions and holds many special memories for them.” 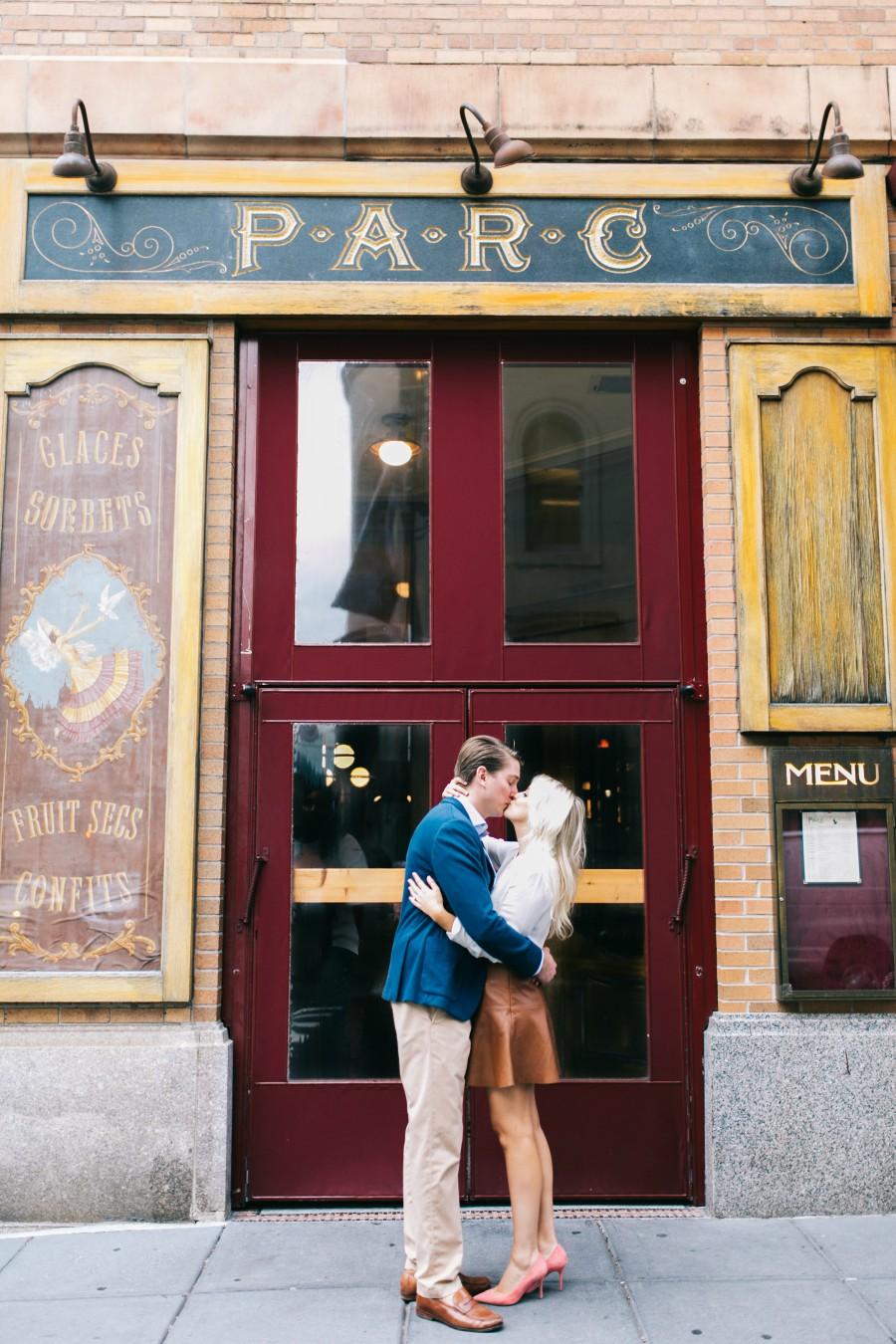 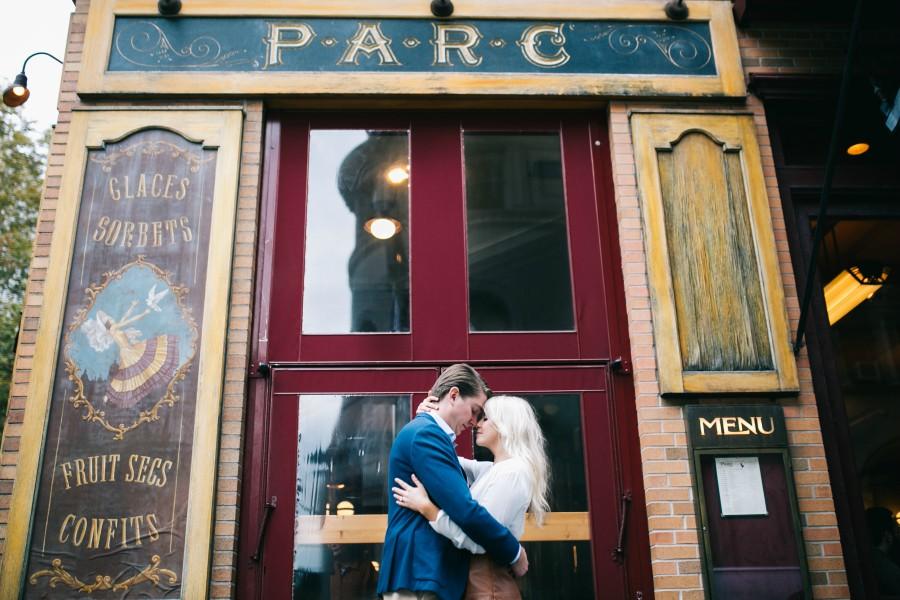 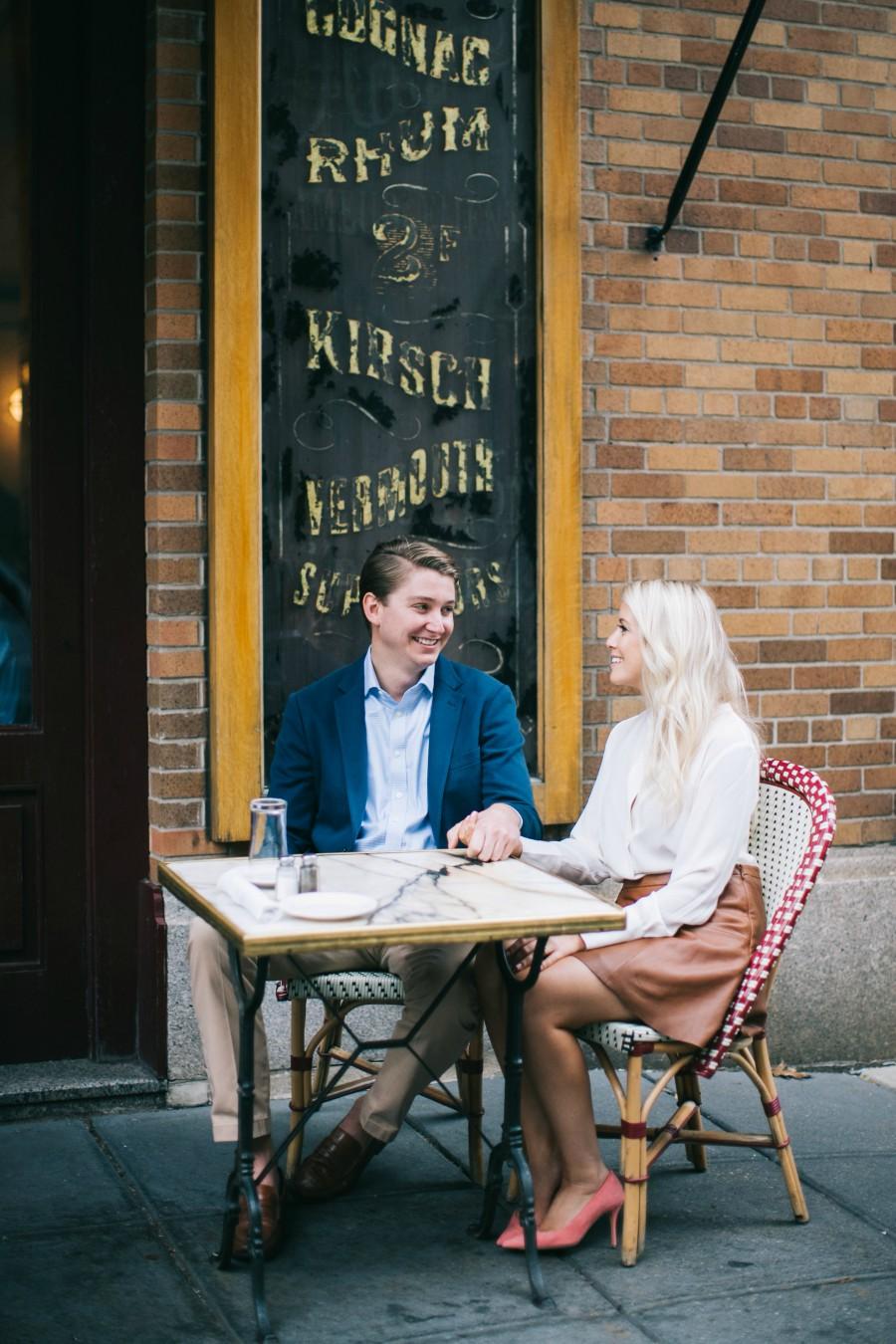 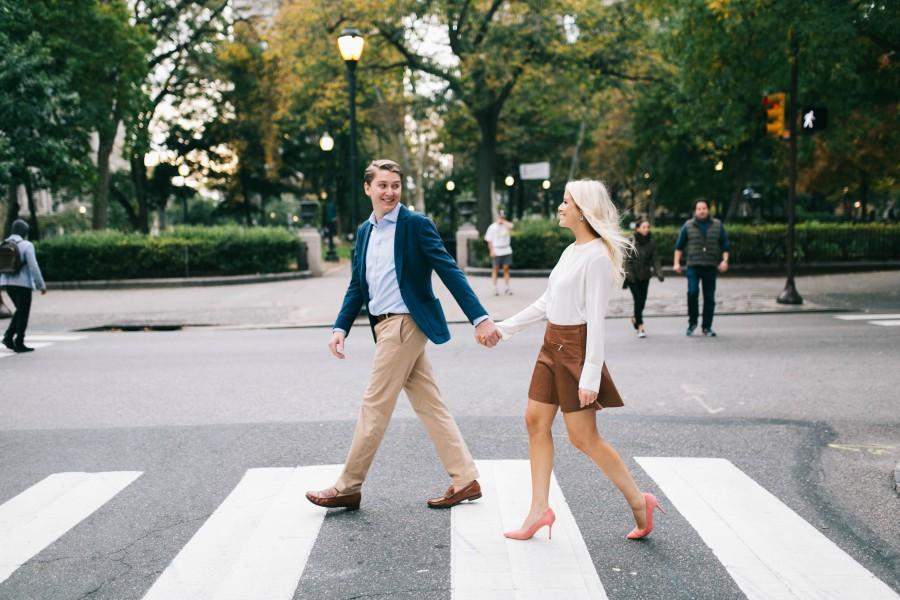 “Moreover, Jess & Tim wanted their engagement shoot to feel authentic to who they are so holding it in their very own neighborhood was the perfect way to capture it – complete with a cameo appearance of their living room on Pine Street where Tim proposed. The Rittenhouse neighborhood, full of beautiful architecture and ivy-lined streets makes for a naturally romantic back-drop.” 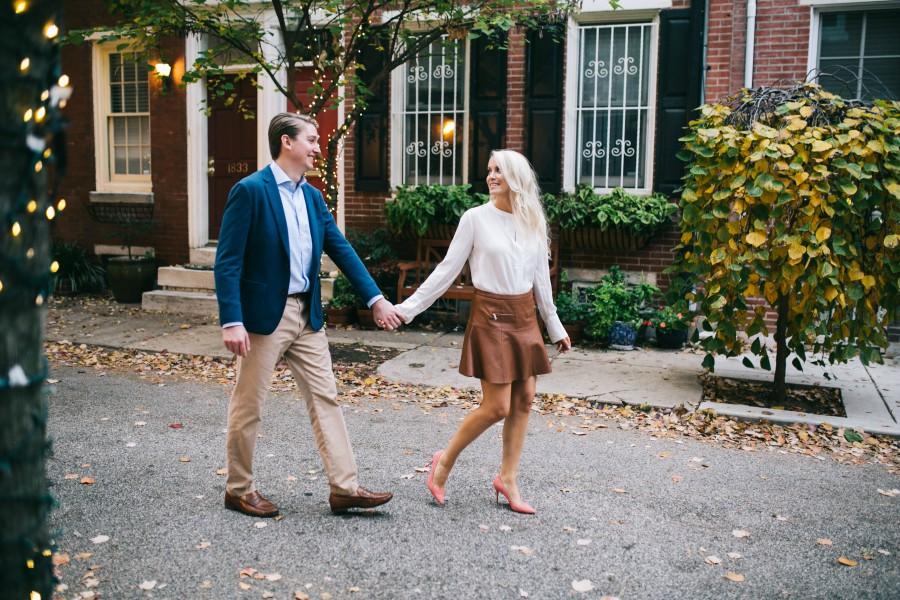 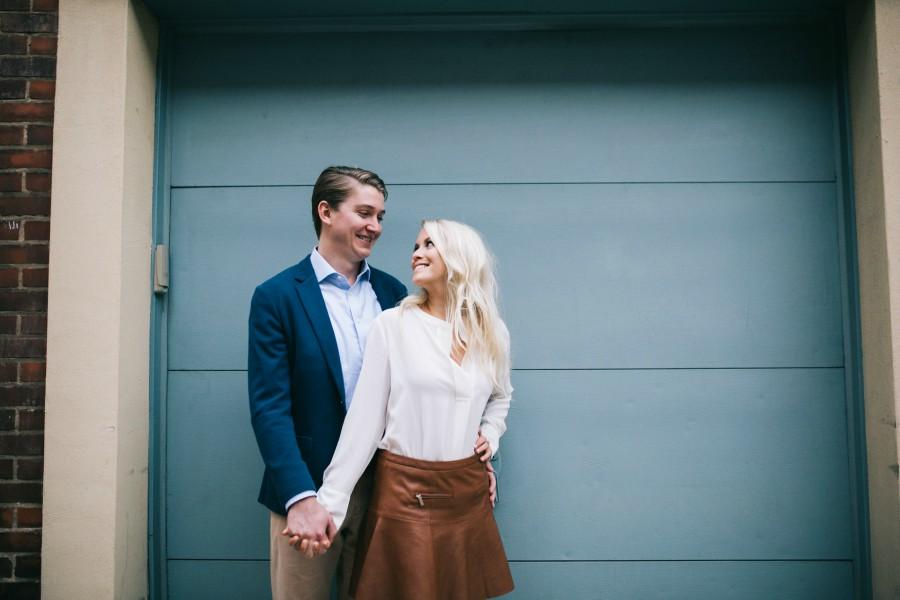 “While bad weather brought Tim & Jess together and was a major player in their engagement story, they’re hoping for sunshine on their wedding day – June 11, 2016.  They’ll be married at St. Mark’s Church of Philadelphia, followed by a reception at the newly renovated Ritz-Carlton.  The theme of their wedding will be inspired by the neo-classical architecture of both St. Mark’s and the Ritz, with a mix of old warm charm and romance.”