Dena and Dave are candidly in love, and every photo below is a testament to that!  Iris and Echo artistically reproduced this special day into emotionally gripping photographs that exhibit pure passion and exuberant adoration.  The weather was no match in contrast to Dena and Dave’s vibrancy and the colorful landscape of Race Street Pier and Spruce Street Harbor Park combined.  This engagement session will give you all the nostalgic feels, in addition to feeling enamored and serene with all of the lovely vibes this couple shares. 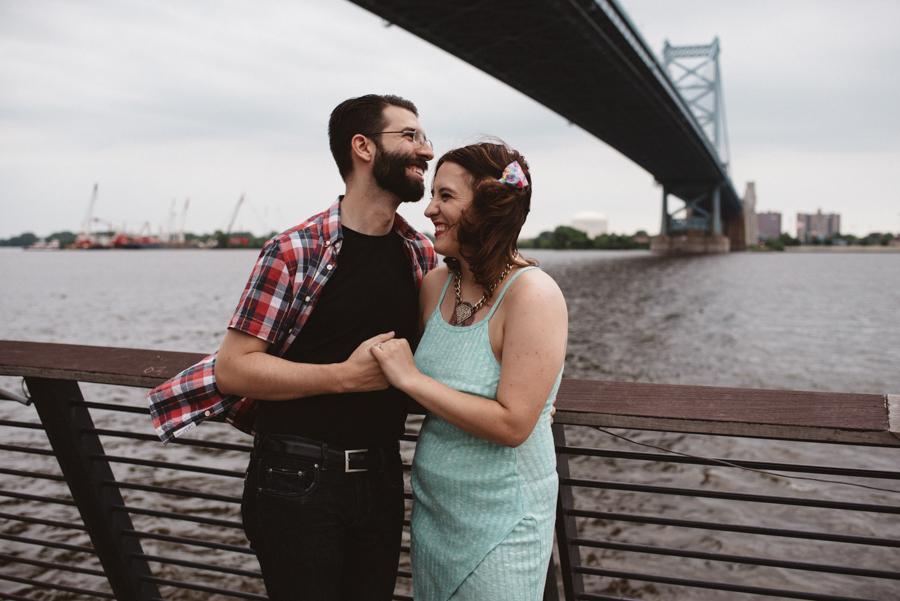 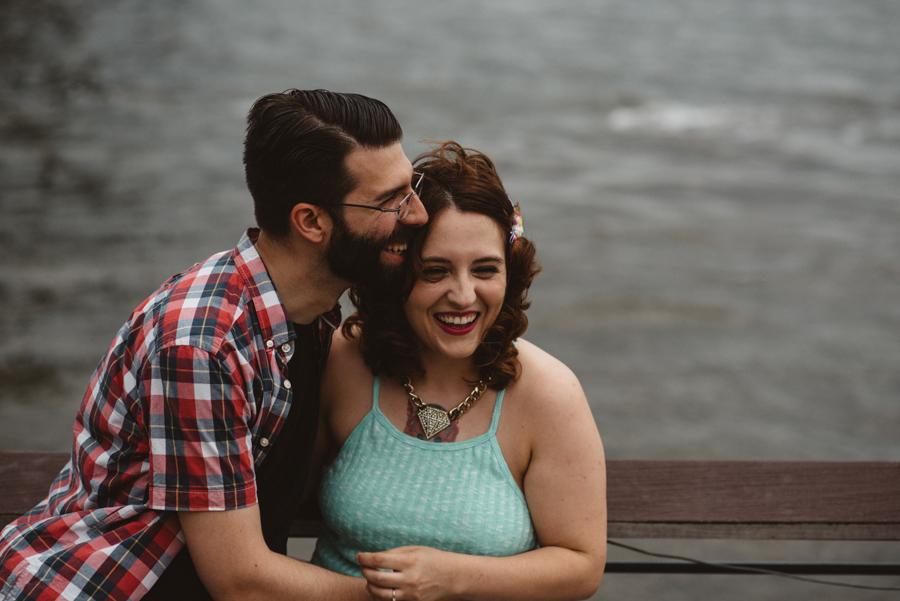 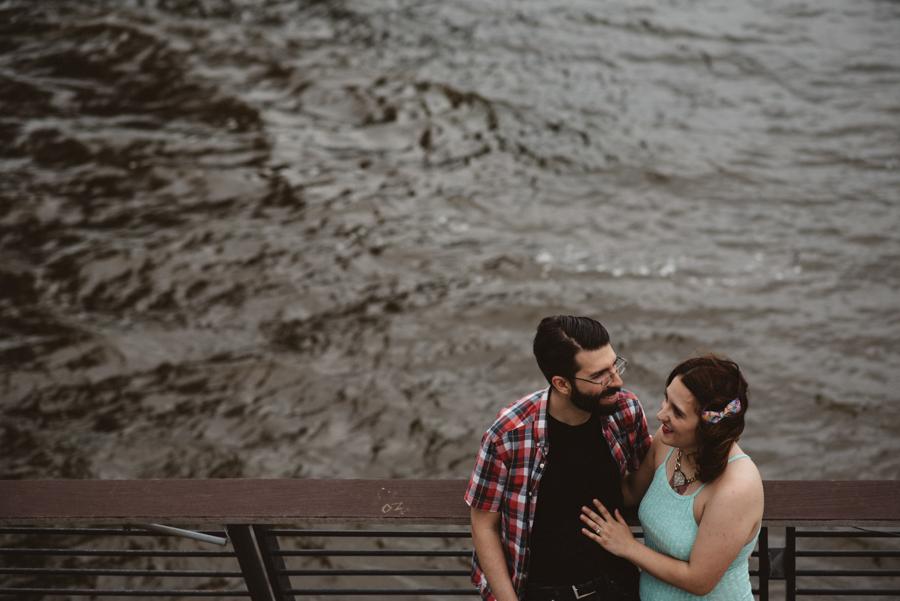 “We met during the 2008 Fringe Festival at a mutual friend’s burlesque show. I was the “stage kitten” which basically meant that I picked up after each act. One of the girls couldn’t perform due to an injury, so I got to fill in for her as a male character, complete with a mustache, which I wore for the entire night! After the show, our friend introduced us, and we all decided to go out for drinks. She conveniently sat in the back of his car, so that I was forced to take the front seat. We hung out all night at an after-hours bar, exchanged numbers, and the rest is history! I’d like to think it was the mustache that got me that first date.” 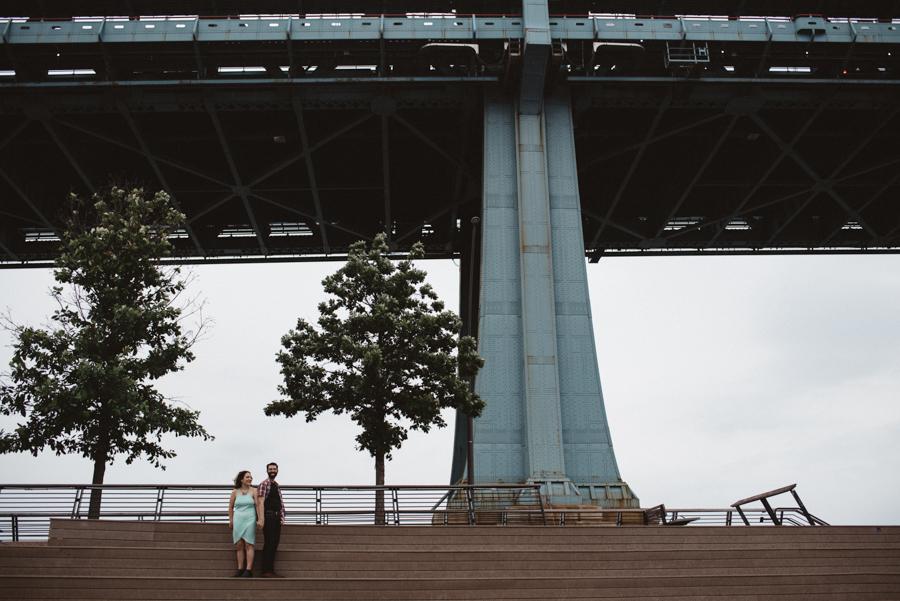 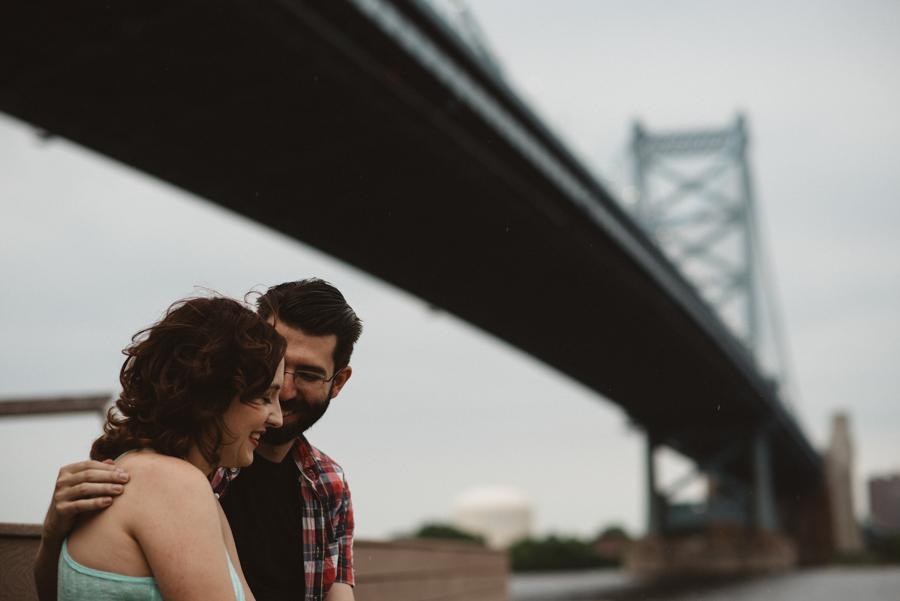 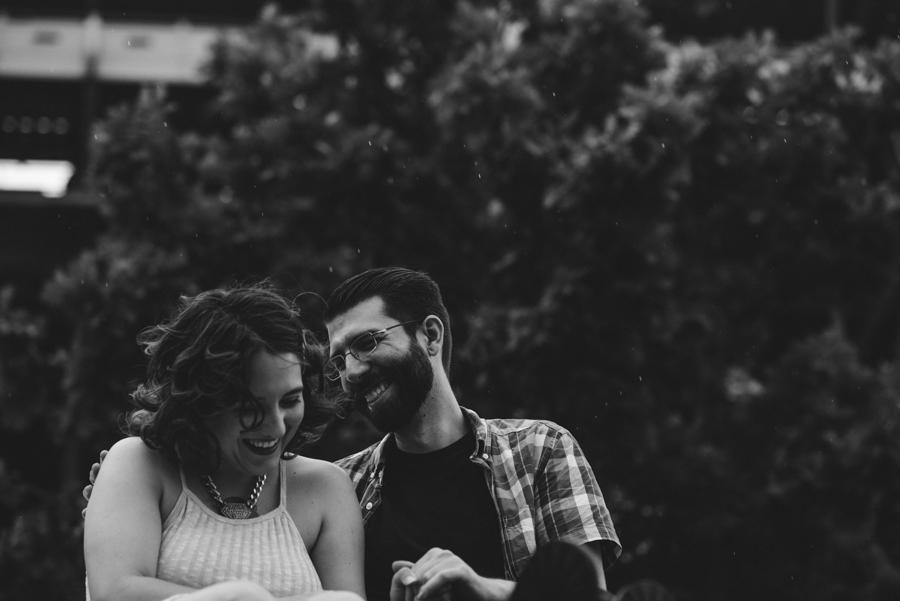 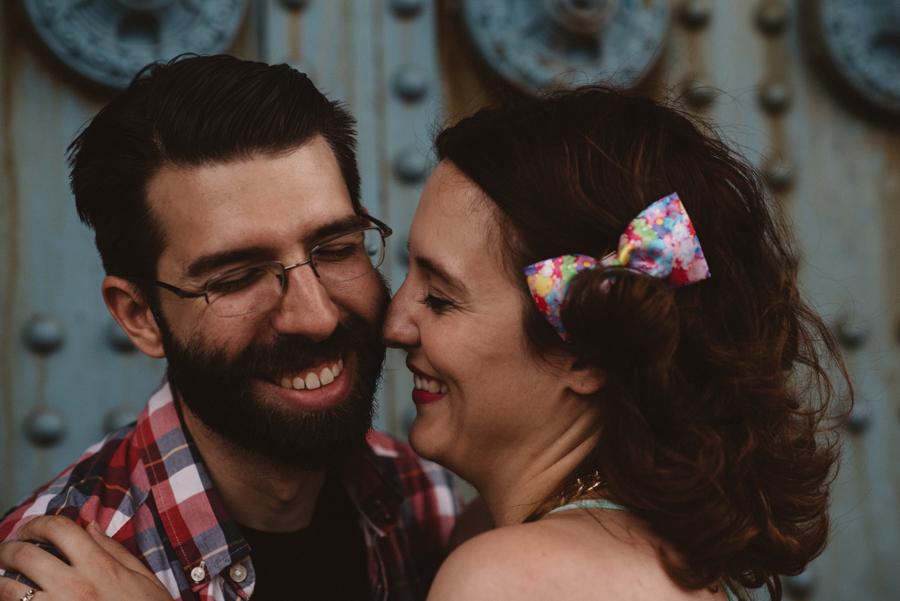 From the Bride-to-be: “What I love most about Dave is his creativity. I remember in the beginning, being absolutely blown away by his talent. He was living his dream, and that was really inspiring to me. That is something I admire about him on a daily basis.” 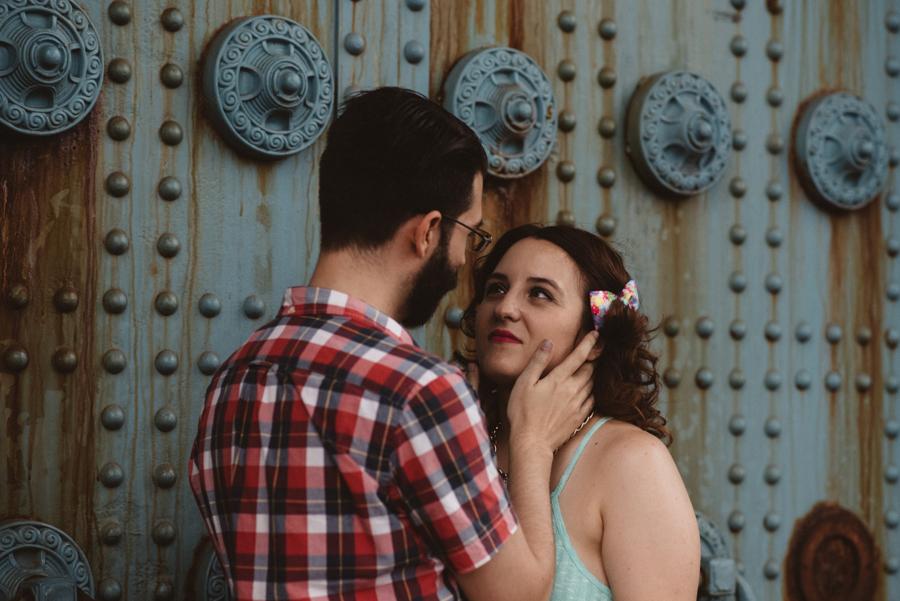 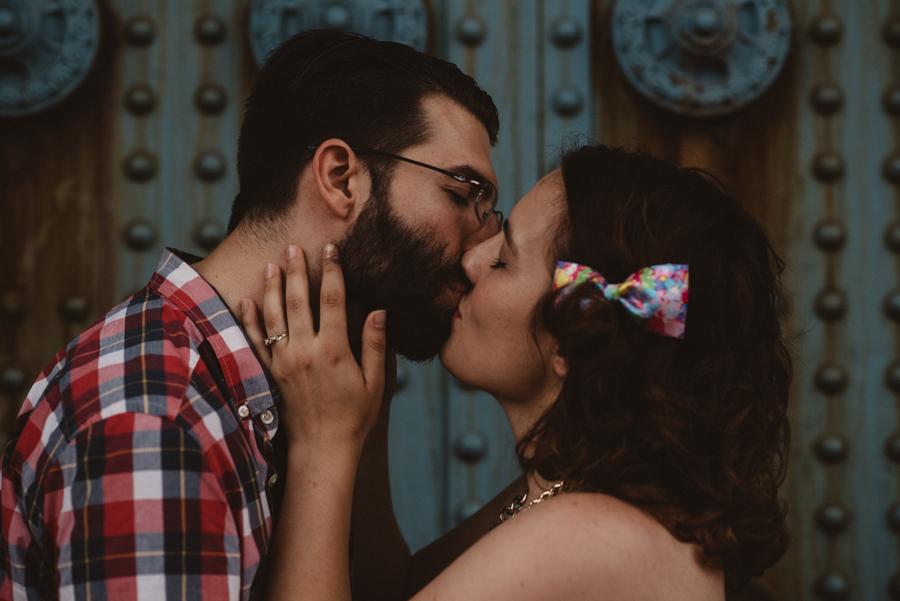 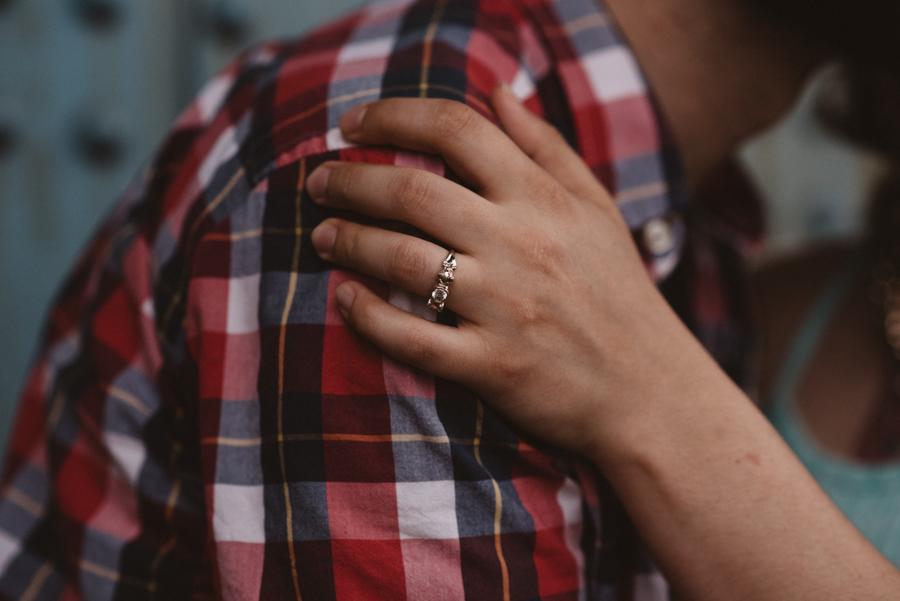 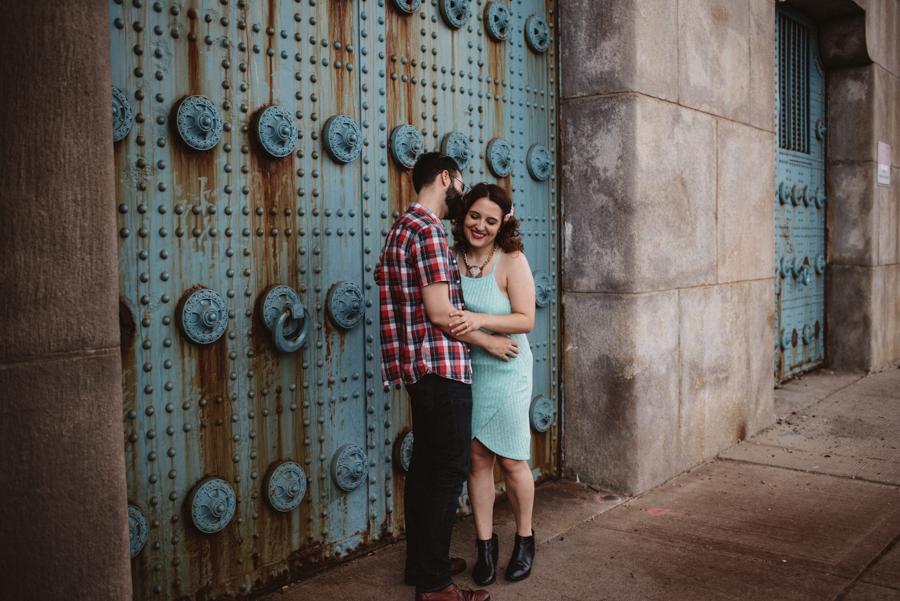 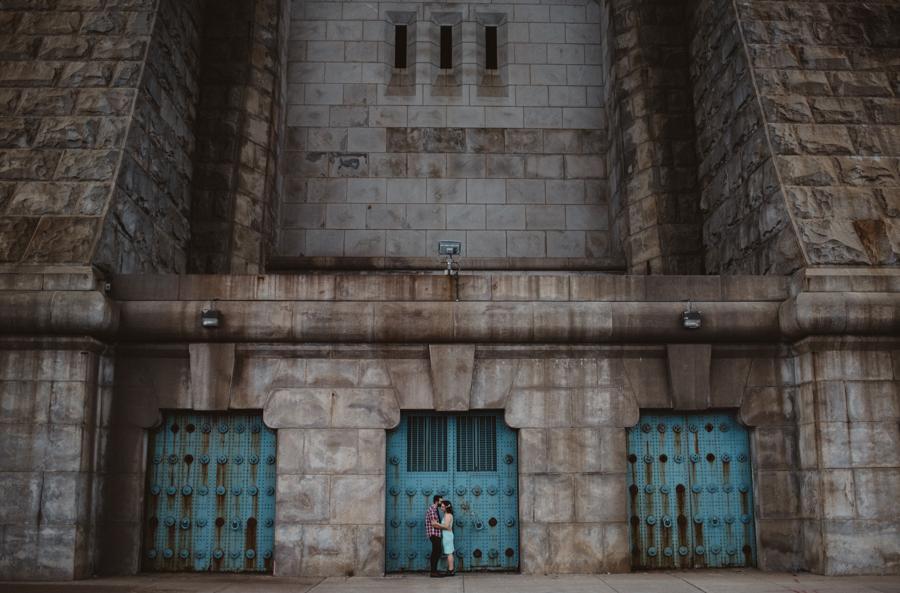 “This past May we went on a trip to Tokyo, which had been on my bucket list since I was a teen. Dave had visited Japan once before.  A few days in, we decided to trek out to Gotokuji Temple, which was said to be the origin of the “maneki neko” or “lucky cat”. We were on a time crunch, and rushed to the temple only to find that the main entrance was closed. I told Dave not to worry about it, but he was determined! We kept walking around the perimeter and eventually found another way in. In the center of the temple was an alcove with at least a thousand “maneki neko” figurines. It was incredible. There were only two other Japanese tourists there with us, and we offered to take each others picture. After they left, Dave got down on one knee. I had no idea what was happening, and he didn’t say a word! He didn’t have to though, because once I got over the shock, everything in me said “yes”. The best part: he had a custom ring made for me with cats on it, modeled after one of our own furbabies!” 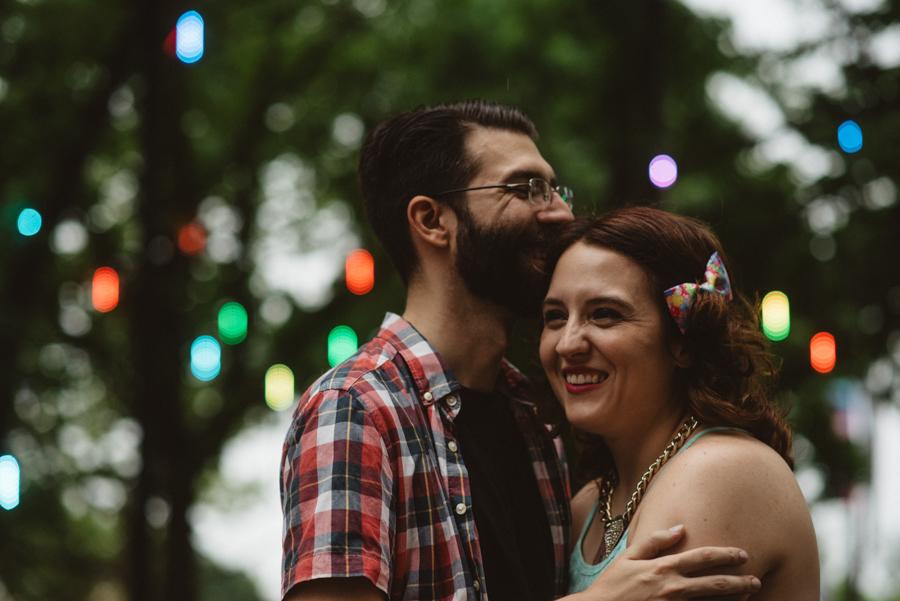 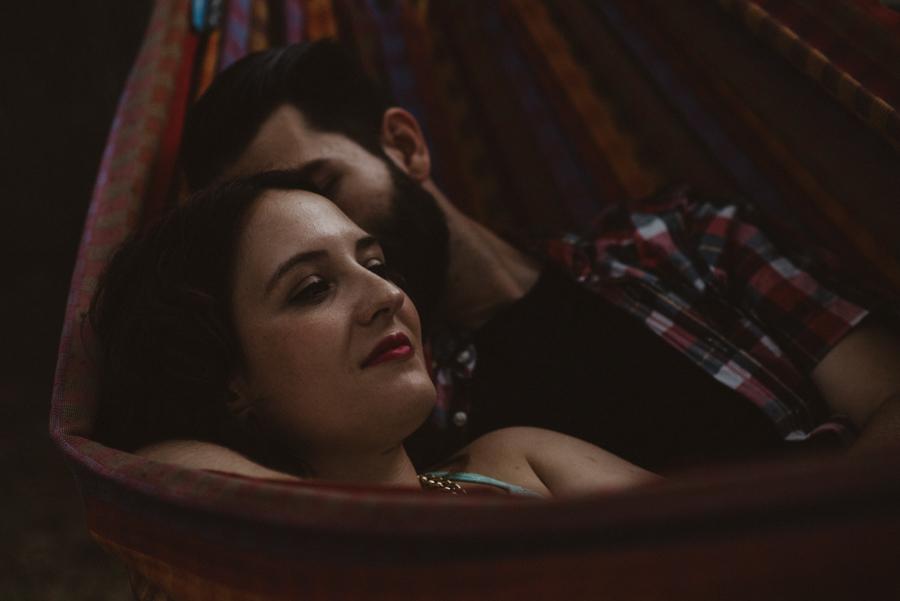 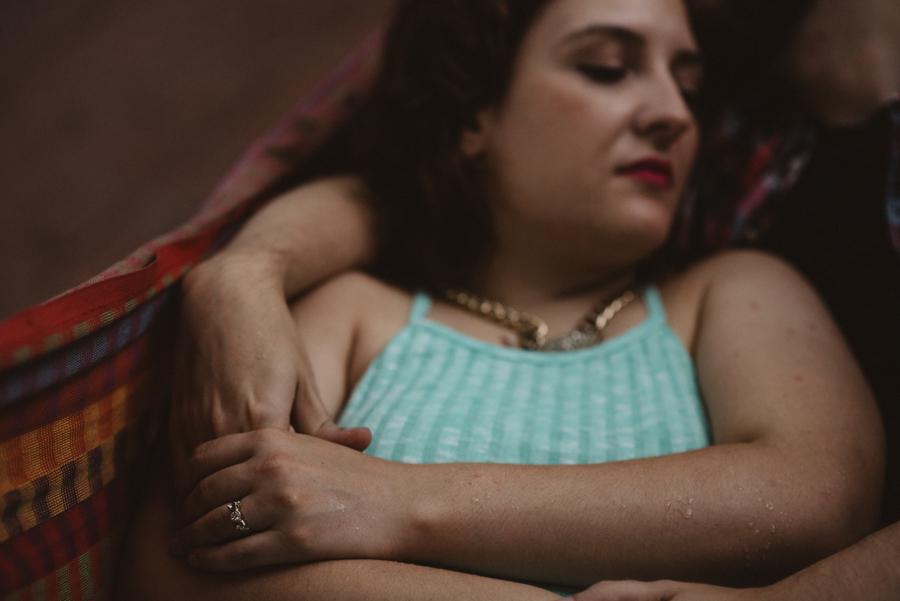 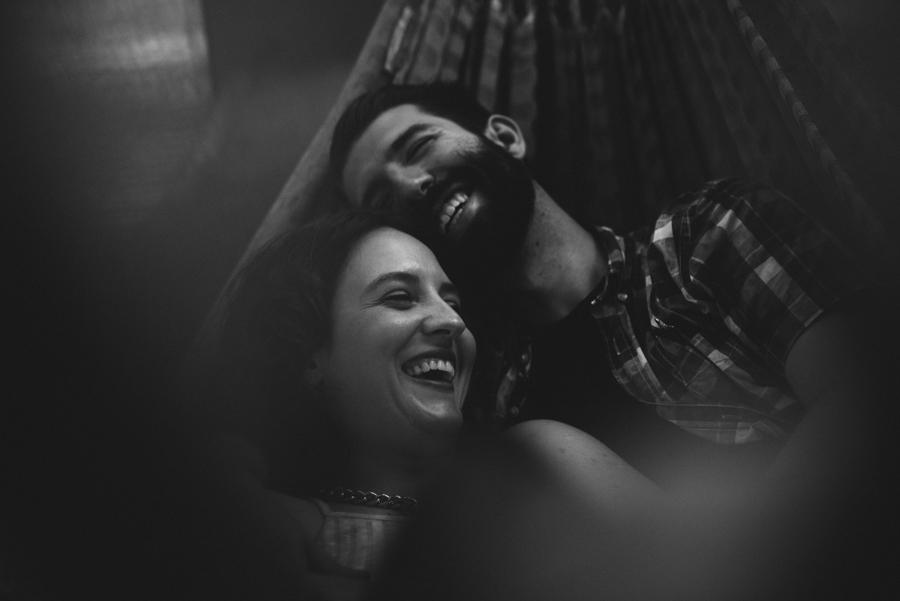 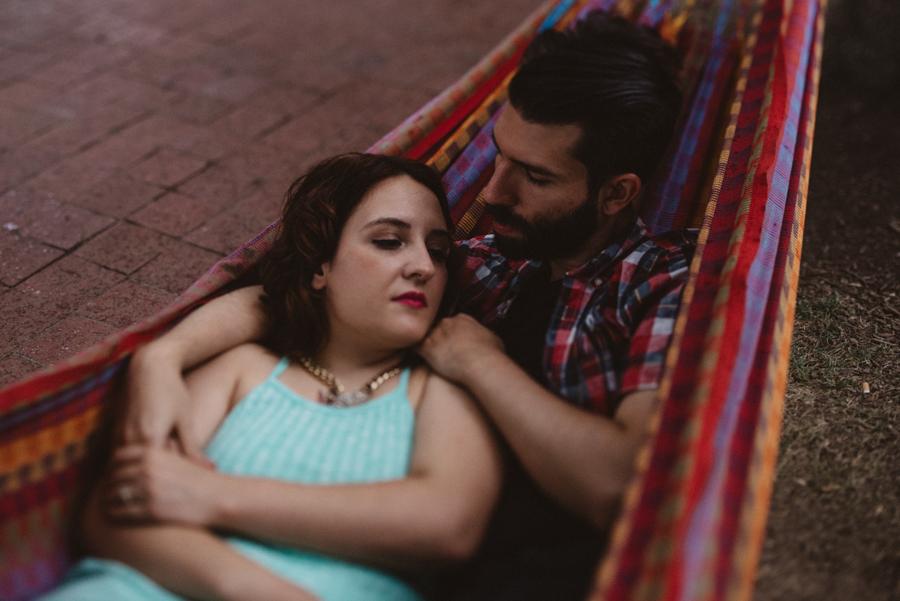 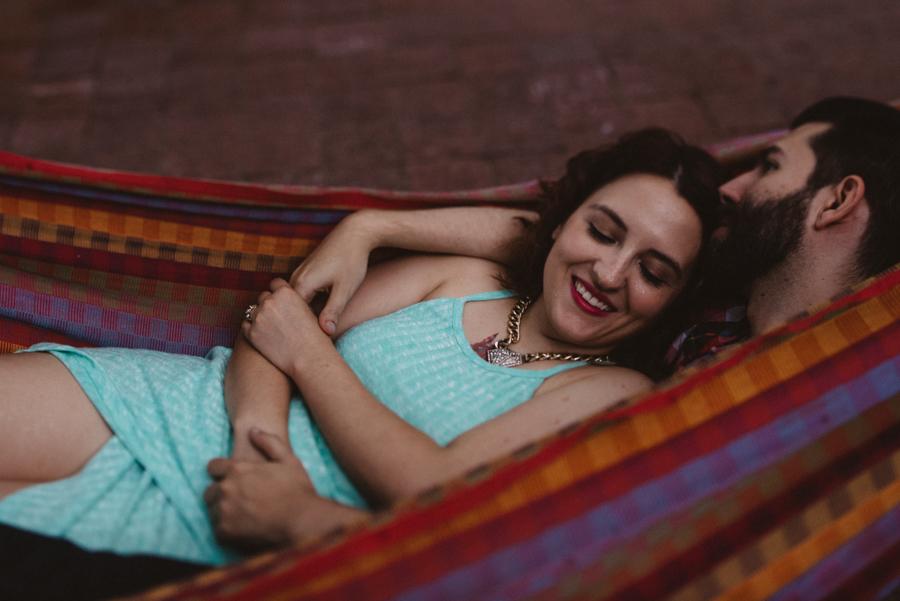 “Originally, I had wanted to shoot in Chinatown or someplace reminiscent of our trip. We brainstormed with Ashley and Maria, and ended up deciding on Race Street Pier and Spruce Street Harbour Park. There are tons scenic spots, plus the lights in the trees are so beautiful at night. It rained the whole time, which made the photos look hazy and magical. I also wanted to say that, Ashley and Maria are amazing at what they do!! They are masters at making you feel comfortable in front of the camera, which is not an easy task. Seriously, hire them!” 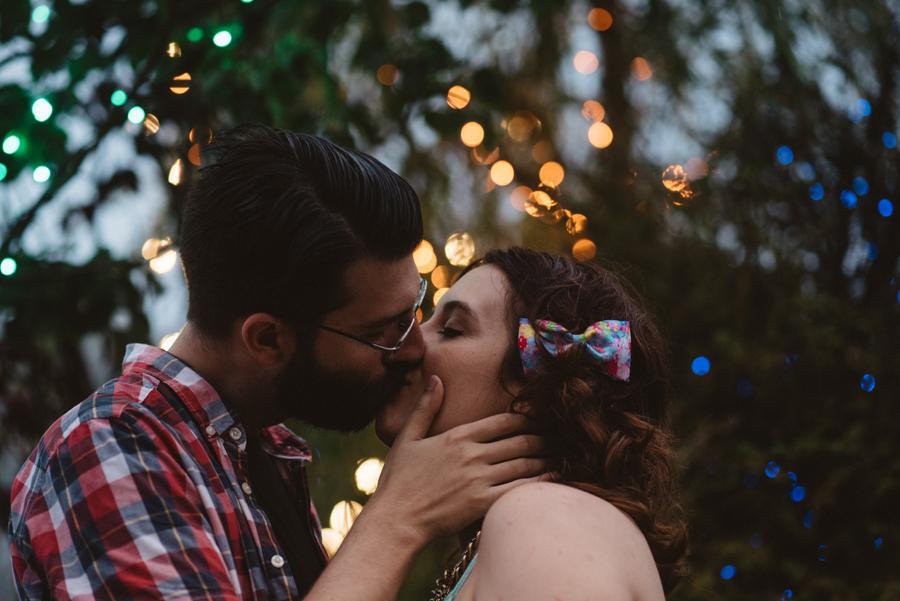 From the Photographer: “We are a local Philadelphia studio comprised of Maria Teicher and Ashley Capozzi focused on creating beautiful and meaningful images in a photojournalistic style that truely represent the personalities and relationships of our subjects. Our recent session features Dena Obaza and Dave Palumbo who are both also Philadelphia residents. Our session took place at Race Street Pier and Spruce Street Harbor Park in South Philadelphia.

Some details about our shoot and the couple: Dave Palumbo is a local Illustrator, and Dena Obaza works at Kawaii Kitty Cafe. Needless to say, we knew that our session with them was going to be full of creativity and fun! As a bonus, all four of us are artists and crazy cat people, so we had a lot in common right off the bat! Unfortunately, the weather didn’t fully cooperate for the shoot, but Dena and Dave were troopers and were happy to continue shooting throughout the rain. We started at Race Street Pier with giggles and snuggles, and as the rain picked up, we sought cover under the Walt Whitman Bridge; happily discovering a beautiful industrial backdrop that is a section of the bridge. From there we moved on to Spruce Street Harbor Park to enjoy the hammocks and hanging lights. Despite the rain, we had a fabulous time and are looking forward to the wedding in 2017!